Lithuania is the largest country in the three Baltic states, as it is one of the republics of the former Soviet Union, and it joined the European Union in 2004 AD. Lithuania is distinguished by its coastline that reaches about 100 km, and of which about 38 km directly overlooking the Baltic Sea, The rest overlooks Lake Corsio, which is separated by a narrow strip from the sea. 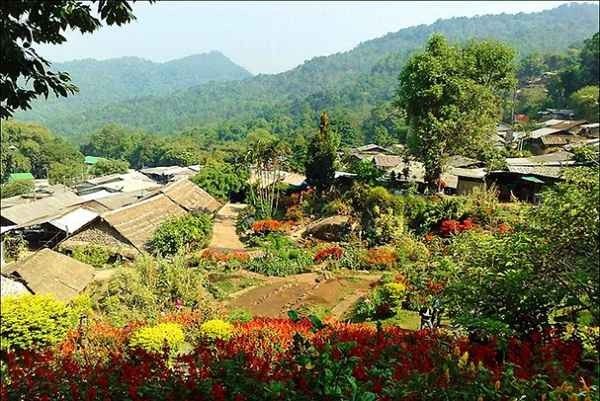 Lithuania is considered one of the most beautiful countries in Europe and one of the most attractive countries for tourists from all over the world, mostly because of its wonderful and attractive beaches, and stunning natural landscapes along the coast of the country overlooking the Baltic Sea, and its magical climate and beautiful atmosphere is one of the most prominent reasons To attract tourists to spend wonderful summer holidays in this beautiful country, in addition to the many museums, restaurants and places of entertainment that young and old alike enjoy. Read also: Tourism in Latvia .. 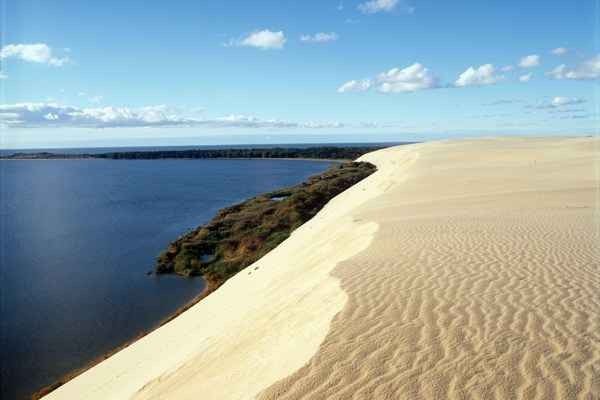 Gidimenace tower .. the most prominent historical landmark of Lithuania 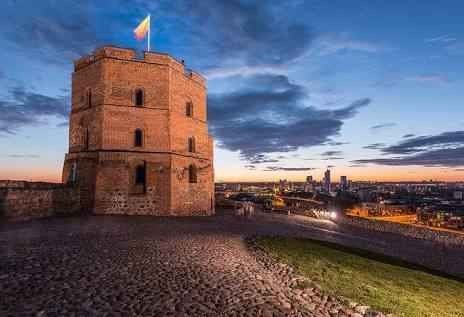 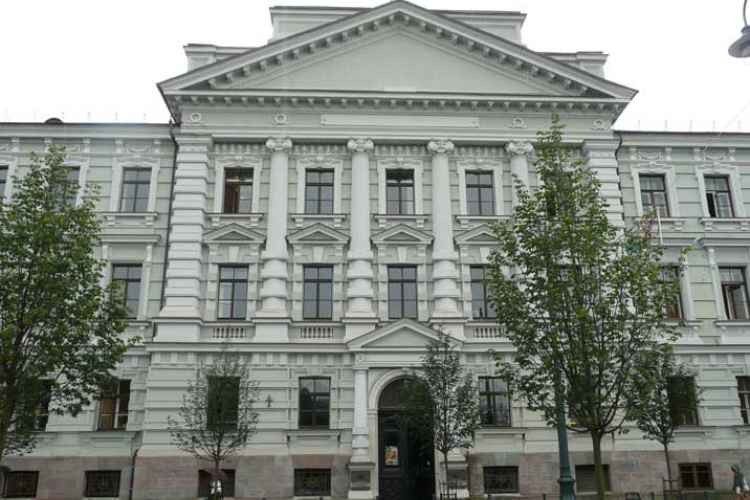 Just as Lithuania has a charming nature and beautiful and attractive beaches, it also enjoys the presence of museums and ancient places that call the attention of tourists and push them to go to them from all over the world, and although it is a fairly modern museum where it was established in the year 1992 AD, but it is one of the most important tourist attractions In Lithuania, which contains many of the country’s past, it was founded in the era of the Minister of Culture and Education in cooperation with the President of the Federation of Lithuania, with the aim of displaying everything related to the history of the country and its circumstances and events since ancient times, and this museum is also called “Museum of Genocide Victims” Collective ”, and considers it a ska The locals are one of the symbols of this nation’s struggle against repression, and many history lovers are seeking a visit to the museum to enjoy seeing the historical documents related to the occupation of Lithuania by the Soviet Union that remained for fifty years, and many other events, as for The opening hours of the museum will receive visitors from nine in the morning until six in the evening every day. 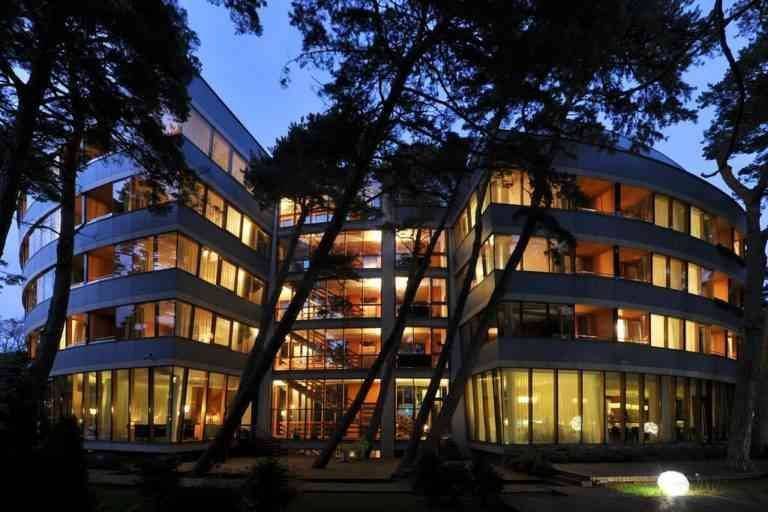 Before moving to a particular town, tourists always ask about the place in which they can reside in that country, so hotels are one of the most important tourist details that should be highlighted, and Lithuania is one of the countries famous for its beautiful hotels, and among the most famous of these hotels we find Palanga Spa Hotel, which is one of the finest tourist places in Lithuania, and this hotel is characterized by providing all services at the highest level of accuracy, quality and luxury, and its location is unique; it is only an estimated distance of fifty meters separating it from sitting on the beautiful sandy beaches in Palanga This contains th Hotel has many rooms with distinct and elegant equipment, and there are many places for sitting and relaxing, in addition to this the hotel has many facilities called spa facilities, which are preferred by tourists a lot for rest and relaxation. In this famous hotel in Lithuania, tourists can also enjoy By exercising some activities such as swimming, and getting rest and relaxation in the private sauna rooms, or inside the private tub, bathing in warm water, and guests can also enjoy horse riding and exercise and equestrian sport for those who love it, and the Palanga Spa Hotel features a pogo Buffet open for breakfast for visitors in the morning every day in the hotel’s restaurant, and multiple meals provided in this hotel is wonderful to include many European cuisine as well as foods famous seafood and distinctive in also Atawanaa.aqro: Tips for traveling to Poland ..

Tomas Man Museum .. the most beautiful paintings and art galleries 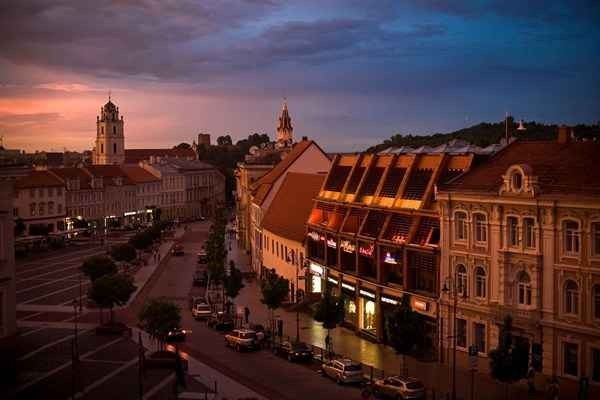 The Lithuanian community is distinguished by its flags in art of various kinds. The most famous and most prominent Lithuanian artists can be identified when visiting the famous Thomas Man Museum there, which is one of the most important tourist places in Lithuania. The museum includes only two halls, except that they are full of many paintings and pieces of art, some of which date back to The Middle Ages, and the museum displays in its halls a number of paintings depicting life in Lithuanian society in the early twentieth century. 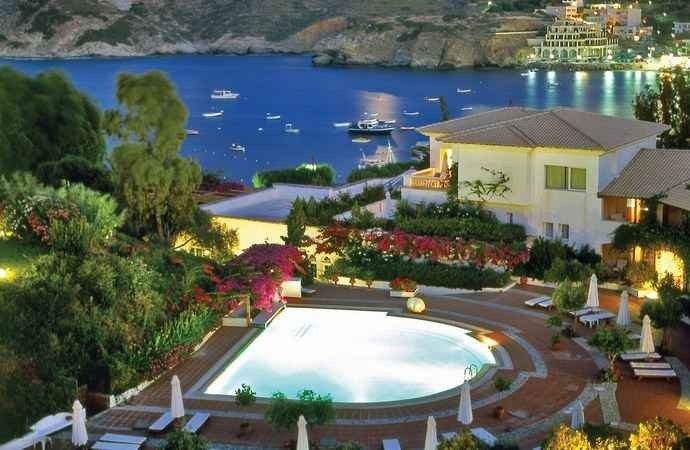 Lithuania is characterized by its delicious kitchen, which includes a long list of delicious dishes, and there is in Lithuania one of the most important and most famous restaurants, which is the Fortu Devaras Restaurant. It was built in the form of a balloon, and this restaurant specializes in providing local Lithuanian food as well as dumplings, and a grated potato dish stuffed with minced meat, cheese or mushrooms, and it is one of the famous and famous dishes in Lithuania, as it is famous for providing some types of soup and cold beets, and others One of the most delicious delicious meals in the afternoon.

In addition to the aforementioned landmarks, it is also possible for tourists and visitors to Lithuania to have participation in some recreational and tourist tours to explore historical monuments of Lithuania, as well as see many archaeological areas, and among the most famous of those archaeological areas we find areas that were at one time dependent on the legacy of the ancient empire, which are lands The Grand Duchy of Lithuania, which extended in the distant past from the Baltic Sea to the Black Sea, is also available when visiting Lithuania many distinctive tours that illustrate the city’s heritage during the Soviet era, and from those tours and places that can be seen, we find on the Sab For example, a number of statues and paintings of the remaining socialist realist style, and many of the squares and the methods used once during the marches festival Alamal.aqro also: tourist destinations in Poland

Lithuania is located among the most beautiful regions of the world, and is considered the most beautiful of the three Baltic countries located in the northern side of Europe, where its area extends along the coast located on the southeastern side of the Baltic Sea, as it is bordered to the east by Sweden and Denmark, and bordered to the north by the state of Latvia, and from the east And the south is bordered by Russia.

The climate of Lithuania ..

Because the climate is one of the most important things that tourists seek to know about in any tour around the world, we shed light on the climate of Lithuania, which is one of the continental coastal climates, and in some seasons it changes slightly to become a mild and rainy climate throughout the year, and such climates would attract a large number From tourists to enjoy their time in Lithuania every year.

The population of Lithuania is characterized by diversity, as there are about 83.5% of Lithuanians of origin and speak the Lithuanian language, while there are some other minorities, the most prominent of which is the Russian minority and represents 6%, the Polish minority represents 6%, and a minority from Belarus and represents about 1.5% of the population, most of whom speak the language Lithuanian and also call it the Baltic language, as for the common religion there, most of them condemn Catholic Christianity, which is the predominant religion in the country. Otherwise, Orthodox, Protestant and Judaic are spread in addition to a Muslim minority distributed throughout Lithuania.