Tourism in Quba, Azerbaijan .. Top 10 places to visit in Quba

Quba is one of the most important tourist cities of Azerbaijan, and it is characterized by many archaeological and historical sites such as mosques, monuments, and ancient monuments. It also has a picturesque nature that includes; green spaces, forests, and mountains.

An important destination to visit when traveling to Quba. This monument was discovered in 2007 when the municipality was planning to build a sports stadium where they found thousands of corpses buried in this place so it was converted into a memorial to commemorate the massacre that took place in Quba. This massacre lasted from April to June, in 1918 At the hands of the Armenian Bolshevik forces. The massacre claimed the lives of more than sixteen thousand and five hundred citizens, from a hundred sixty-seven different villages. This monument marks the history of the city, so it is one of the most important tourist places in Quba. Working hours: From Monday to Friday from nine in the morning until six in the evening, and from ten in the morning until five in the evening on Saturday and Sunday. 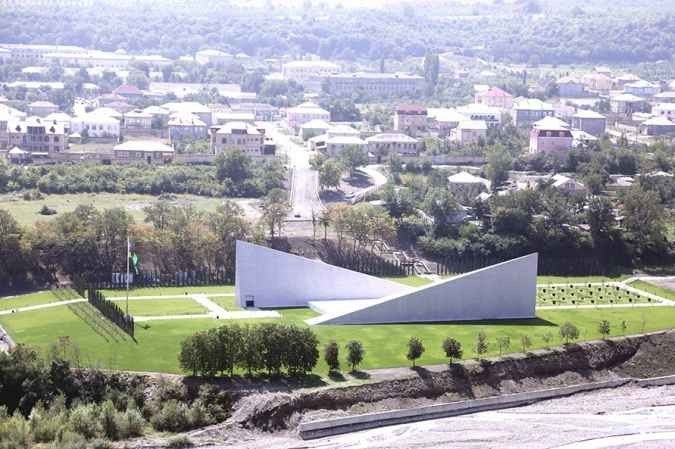 Quba 1918 Genocide Memorial Complex Read also: Tourism in Azerbaijan .. All you need to know before traveling to Azerbaijan

A museum built in the style of a castle, allowing its visitors to learn about the history of Quba and Azerbaijan, through the art and antiquities it displays.
These include swords, cookware, bronze jewelry, and an impressive collection of handmade carpets, as well as a women’s section highlighting their role in local history. This makes the museum a unique destination among the most important tourist attractions in Quba. Working hours: from ten in the morning until one in the evening, and from two in the evening until six in the evening from Tuesday to Saturday.
Ticket price: one Azerbaijani mant.

You cannot travel to Quba without planning to go to one of the local carpet industries, one of the most important ancient industries in Azerbaijan. The Guba expert considers the right place for this. It is a specialized carpet workshop that allows you to see the method of making handmade carpets directly by the most skilled craftsmen. Working hours: from eight in the morning until noon, and from one until five in the evening from Monday to Friday. 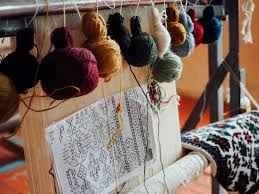 Karmzi is one of the most famous tourist places in Quba, located around the river bank, and a short distance from the city center. This Jewish village houses two synagogues and is famous for being a vivid example of the history of religious tolerance in Azerbaijan. It also has a beautiful landscape, making it one of the most beautiful places of tourism in Quba. 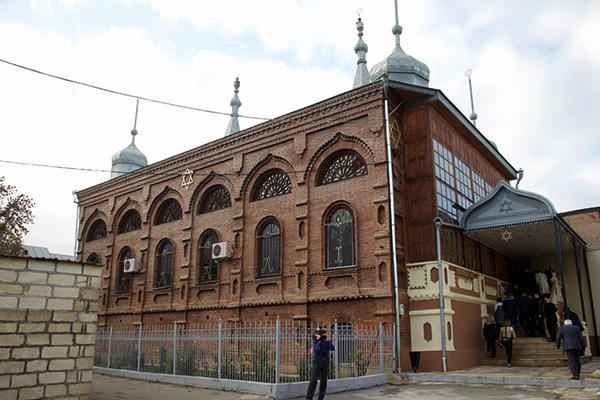 A small garden distinguished from the gardens of other cities, as it has a picturesque virgin nature that makes it one of the best places of tourism in Quba. You can relax, sip a cup of tea under the sails and chestnut trees, or enjoy a picnic with your family and loved ones. The park also includes a charming ornate tower, a museum, and another sibred metal tower containing a cemetery, as well as several statues of a group of poets. 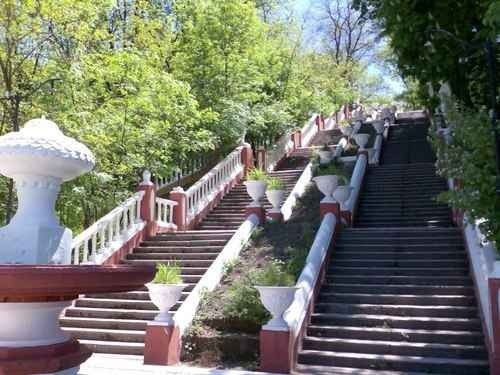 Hajj Jaafar Mosque is one of the tourist places in Quba that attracts tourists directly, due to the bright colors that the mosque was painted from outside. Next to the mosque is a group of old Quba houses, which are characterized by its round doors, and their hanging windows make them one of the most important tourist attractions in Quba given that they highlight the ancient architectural style of the city. 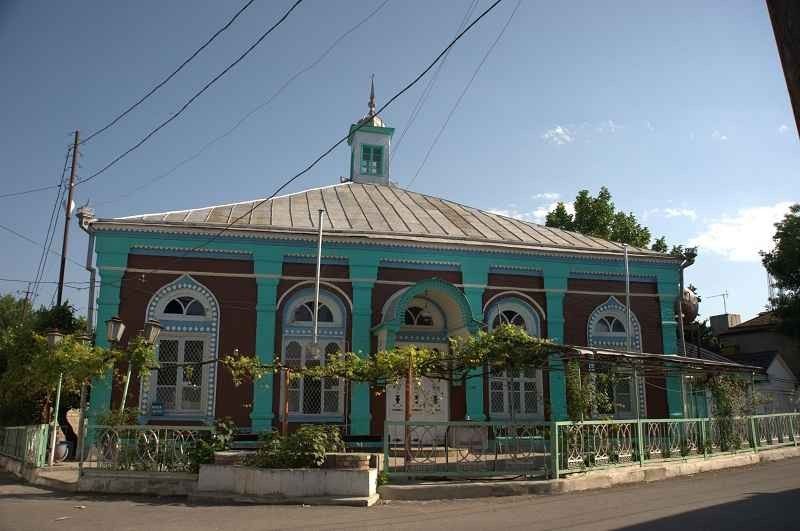 Gonbuzli Bath is an 18th-century antique building, and is considered one of the most important places of tourism in Quba. It was built entirely of mud bricks, and equipped with a distinctive dome, located next to this important monument, a group of ancient buildings that bear the biblical architecture. 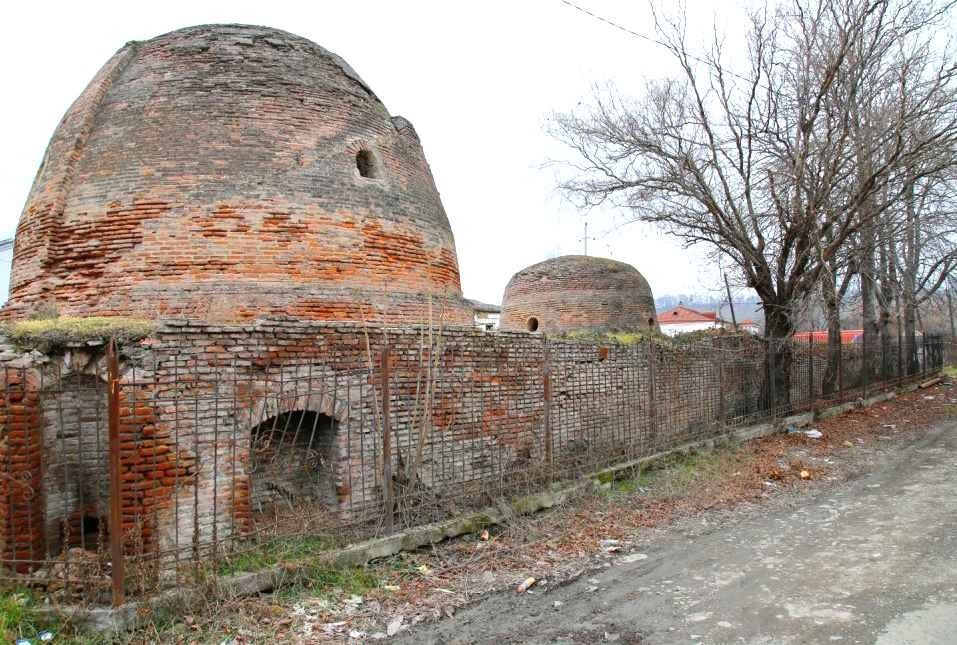 The octagonal mosque is considered one of the oldest tourist places in Quba. It has a distinctive design where it is painted in dark red with a metal dome resembling a Prussian helmet. 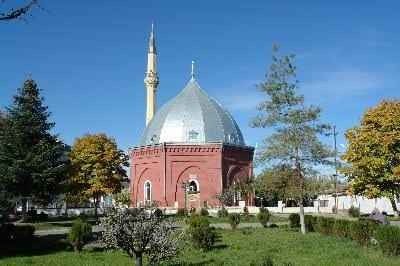 The Museum of the House of Abbasolo Bakikhanov was founded in 1943 and the building of this museum dates back to the nineteenth century, and inside it contains more than a thousand exhibits that stand out; the local history of Azerbaijan so it is considered one of the best places of tourism in Goba especially; if you love historical destinations.

Portal Frame Bridge is considered one of the best tourist attractions in Quba given that it is the only remaining bridge in the city among the seven bridges that were established between the seventeenth and nineteenth centuries. Founded in 1894 within the Alexander III project. It reaches a length of two hundred seventy-five meters, and a width of eight meters, and is made of burnt bricks. The bridge is designed to withstand the strength of floods and natural disasters, it has been recently restored, and is considered an important impact of the country, as it is considered the only one of its kind in Azerbaijan.

Tourism in Fiji … a charming island and nature near New Zealand