Tourist places in Brussels, the capital of Belgium .. Learn about the most important historical treasures

Tourist attractions in Brussels are the treasures of that capital, which attracts tourists from all over the world.
Brussels is the residence of the Belgian royal family and although it is notably a small city;
However, the size of its historical significance is very large, as it is the main economic and educational axis in Belgium, and through it you will feel the true Belgian life.
Here are its most important tourist attractions.

The main city square known as the Grand Palace is located in the heart of Brussels' old city and is one of the best places in Europe;
This is due to the unique architecture style with columns, handrails, carved stones and rich gold motifs.
Most of them were built between 1906 and 1700 in the Baroque style, but the history of the place is large as it was first established in the eleventh century and developed soon after. 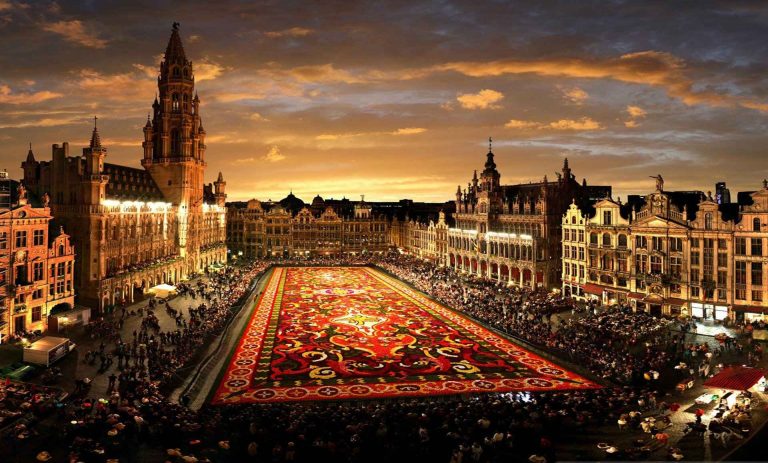 Manneken Pis is the most famous and exotic tourist destination in Brussels. It is usually surrounded by crowds of tourists, which can go back to at least 1388.
Nothing is known about the origin of the young boy who urinates in the fountain, yet he is surrounded by several different myths. No one knows how true it is.
Including what someone mentioned that the fountain is a monument to a brave baby prevented a fire.
The toddler's statue was stolen on several occasions although he was not affected.
The statue is famous for wearing various costumes in major celebrations, events and festivals that take place in the city. 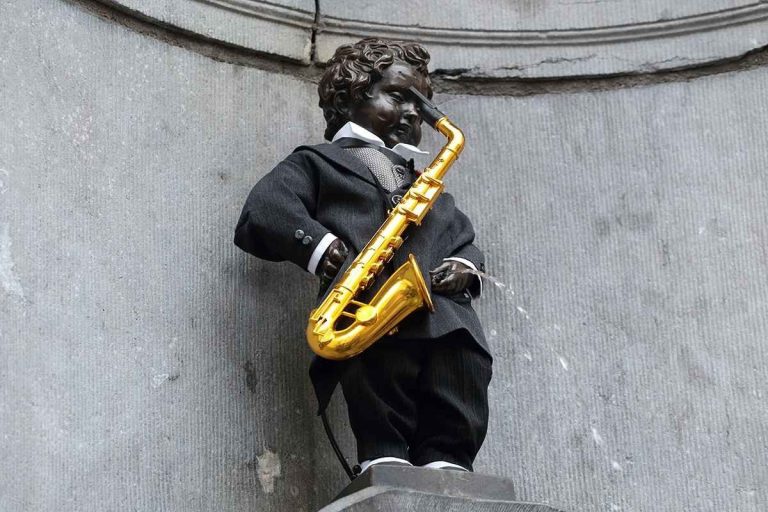 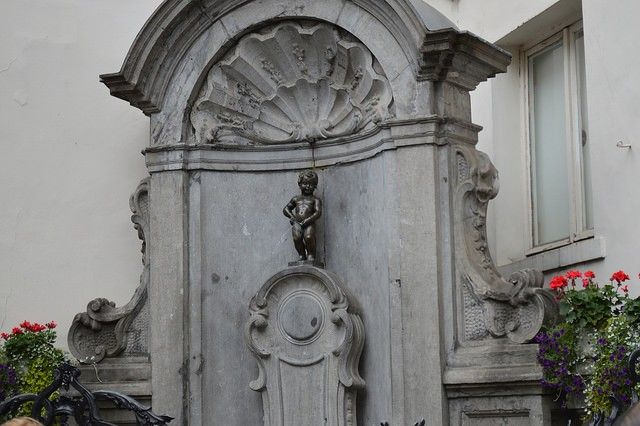 This Gothic church was first established in 1225 but it was only completed in the fifteenth century and it was consecrated to the saints Saint Michel and Gaudella who are the saints patron of Brussels.
The church has an impressive façade and majestic height with twin towers of up to 69 meters high and was designed by Jean van Roisbroek.
As for the interior decoration, it fits nicely with the church and is luxuriously furnished. It also has some wonderful stained glass windows. 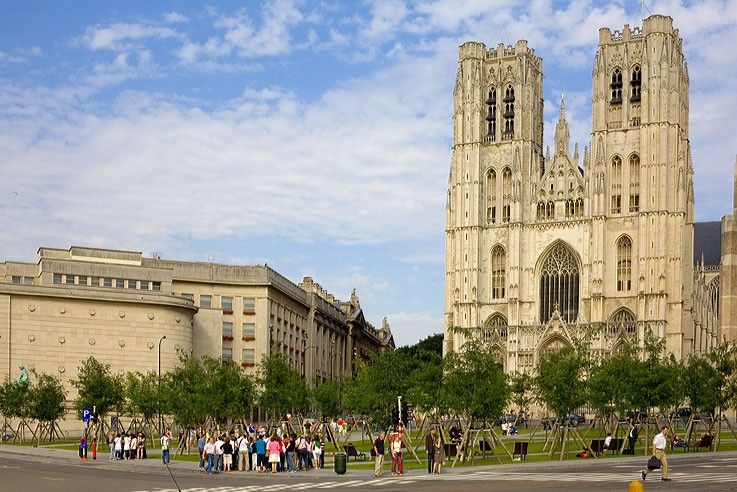 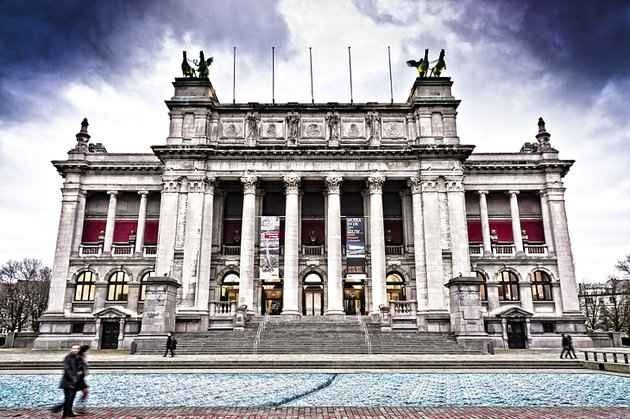 This magnificent building, created in 1906 and designed by Victor Horta, is the home of the fantastic comedy sector because it is dedicated to the history of comics in the country that produced Smurfs and Tanten.
There is constantly exhibiting 200 comic drawings of Belgian and French comic artists, and in addition, the center documents the rising popularity of Belgian and French comic strips through an intelligently curated collection of original manuscripts, draft projects, and creatively reconstructed comic strips.

Also read: The best outlet in Belgium for international brands at fantastic prices 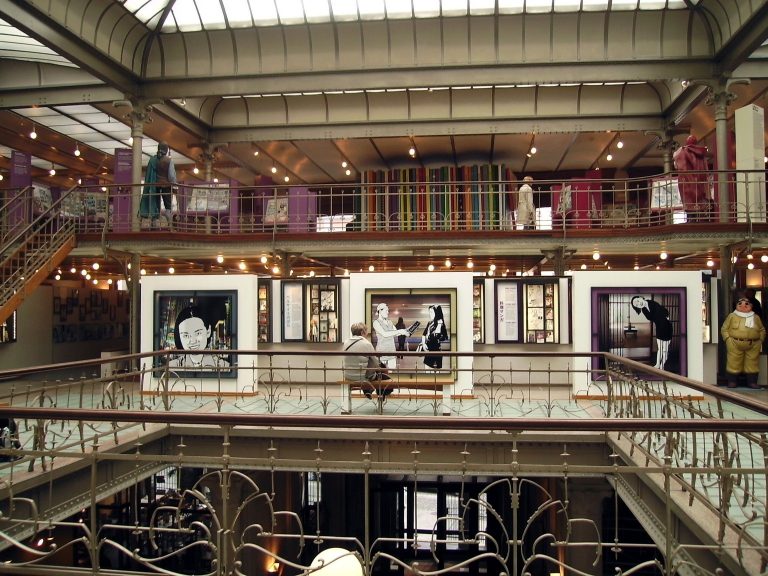 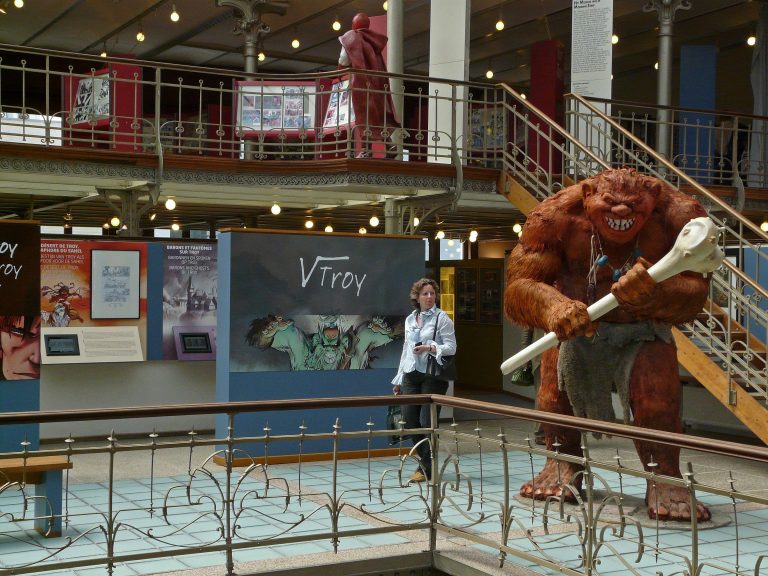 This palace is the most important royal building that the Belgian royal family uses as official residence and the guards are changed every day around 2.30 pm.
The palace is surrounded by a group of cultural buildings that feature classic new facades, including the headquarters of the Royal Academy of Sciences and the Palace of Fine Arts. 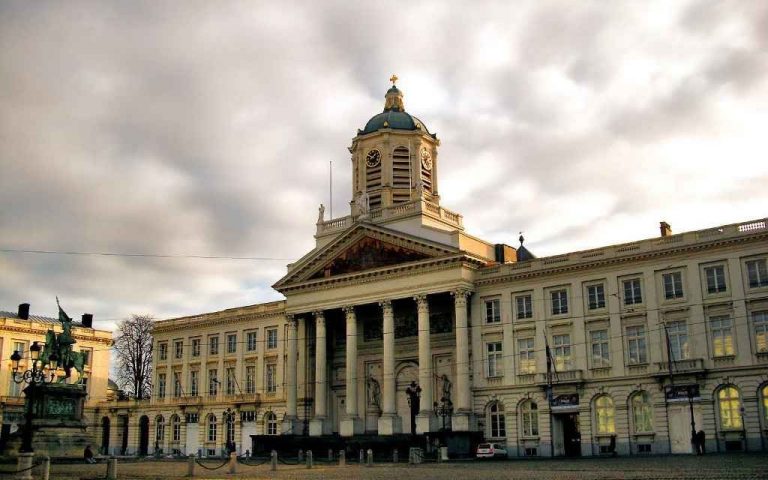 The Royal Belgium Museum of Fine Arts is one of the largest and best art galleries in the world. The museum grew from an art collection first established in 1797 and was originally housed in the former Charles Lauren Palace.
The museum is divided into two parts, one is the Museum of Ancient Art and the other is the Museum of Modern Art which contains a collection of Belgian works mainly in the nineteenth and twentieth century.

Also read: Halal Restaurants in Belgium .. List of the best restaurants so that you can enjoy food without fear 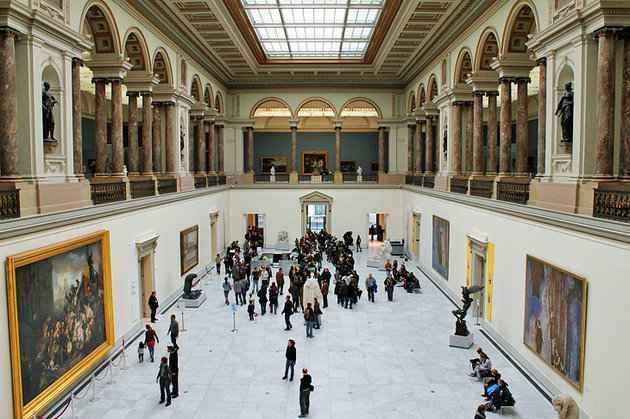 Together with the Manneken Piece, Atomium is the most popular tourist attraction in Brussels and is a 102-meter steel and aluminum frame.
It was designed by the architect Andre Watkin in 1958 for the Brussels International Fair, which is one of the most beautiful sights of the city.
The building represents an iron molecule that has been inflated 165 million times and visitors can enter the interior, where four of the nine areas are now being used to showcase a program on human life called Biogium. 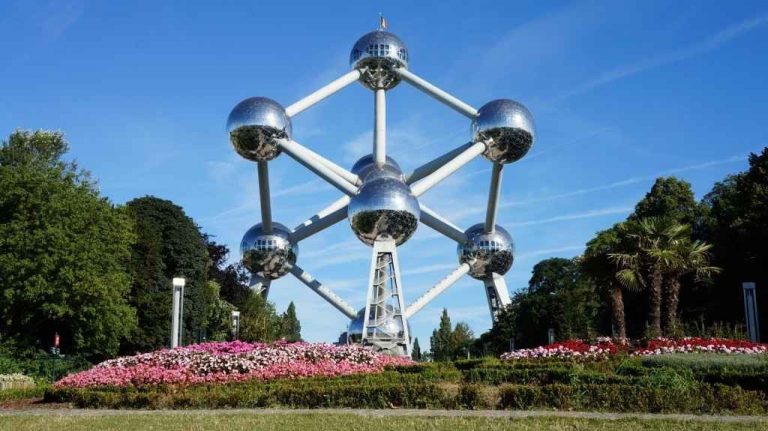 One day tours from Brussels

Tourist places in Brussels are not limited to the city's borders only, and they extend to many other places outside it that are suitable for one-day trips. Among the best tourist places near Brussels:

Tournai - Tournai is 1 hour away from Brussels, on the western side of the capital. It has a distinguished history if it has been under British rule for a while. Among the tourist attractions in the city is the old cathedral whose high tower reveals all around making it a suitable place to take pictures. 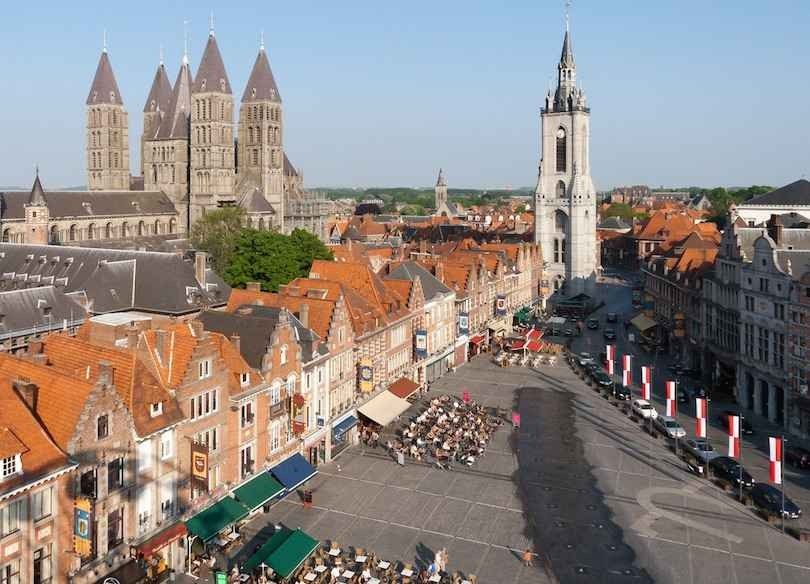 Among the distinctive tourist activities in Tournai - Tournai are walking tours, as most of the city's buildings date back to the twelfth and thirteenth centuries AD, making it a great example for learning about the medieval period and the style of its architecture. The city also has a museum of fine art that includes holdings of international artists such as "Van Gogh, Rembrandt and more.

If he goes north in the direction of (North Sea) and for one hour in the car, he will reach the charming city of Prague. Most of the tourists love “Prague” at first sight, as the city looks as if it still lives in ancient times and this appears in its buildings and streets, so the best thing to do Its explored on foot. 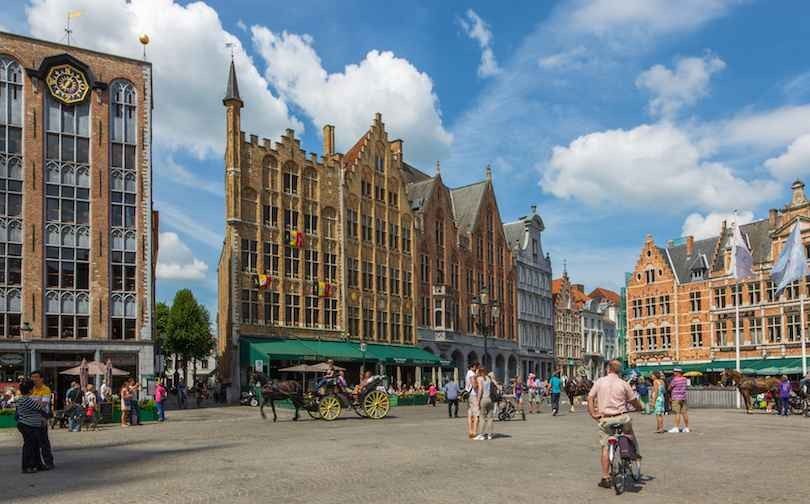 One of the advantages of wandering in Prague is the ease of movement as the city is surrounded by a water channel, which provides charming natural scenery all the time while ensuring the tourist remains within its borders. The main square of the city known as (Grote Markt) includes a high tower that provides a good view of the place and serves as a platform for taking memorial photos.

To the north of the tourist spots in Brussels, there is another city that mixes history and modern modern life with all its details. 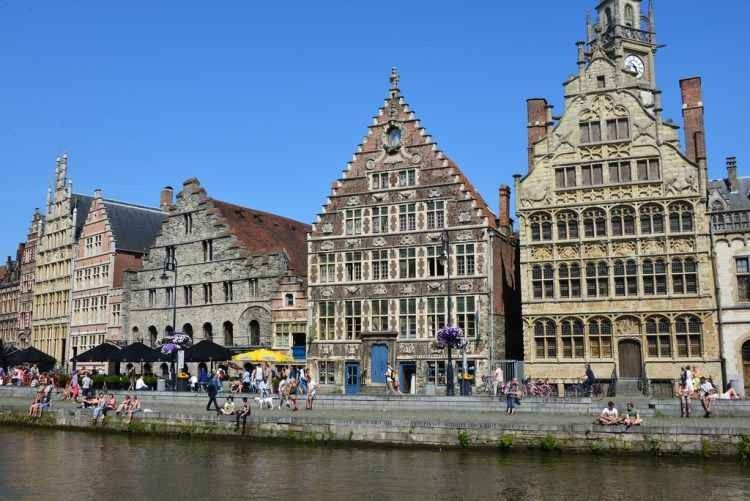 The city of Ghent - sang in the past a great deal, which was reflected in the splendor and accuracy of the decoration and designs of its buildings, especially those dating back to the fifteenth century AD, like many ancient cathedrals. Among the most famous tourist activities in Ghent - she sang water trips in the canal that allows to see the greatest amount of the landmarks of the city. 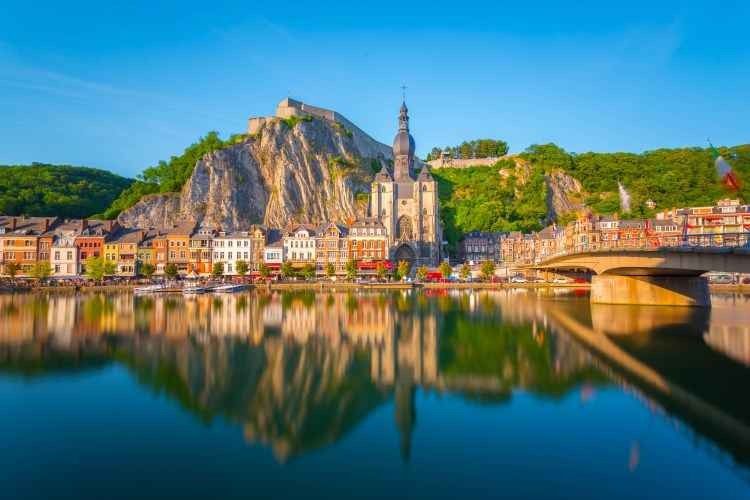 The castle is located on a high rocky summit that overlooks the river and its construction dates back to the nineteenth century. The tall castle can be reached by climbing hundreds of steps carved into the rock or by hanging cable cars. The castle contains a special museum that displays weapons from ancient and middle ages in addition to To art collections from different eras.