In the past time, the Greek city of Corinth or Korinthos was one of the largest and richest cities in Greece, and therefore it maintains today a great historical and cultural importance as it discovered many monuments and landmarks. As for the modern Corinth, it is located today 7 kilometers from the ancient city of Corinth and about 78 kilometers west of the Greek capital, Athens, where it can be reached easily by bus. Get acquainted with us today to the places of tourism in the Greek Corinth and enjoy a trip in the folds of history and the beauty of the present.

Kunth Canal is located kilometers from the modern section of the city. This idea of ​​creating a channel was born through Isthmus of Corinth, which connects the Peloponnese region with the rest of Greece during the sixth century BC, but it was actually completed between 1882 and 1893 after modern Greece gained independence! This channel is more than 80 meters deep and it championships more than 6 kilometers and 23 meters wide. The best way to see the canal is to climb up to the bridge above.

The ancient Corinth is an important archaeological site in which it has discovered many distinctive sites. One of the most important things that ancient Corinth is famous for is that it was the place where St. Paul preached after Christmas. Today many tourists visit ancient Corinth to see the many relics of the buildings from ancient Greek temples and baths and public forums that were erected.

The most important landmark of ancient Corinth deserves to be talked about separately, the Temple of Apollo, which is located on a small plateau. The temple was built around 540 BC. Today only 7 columns remain from the temple, but previously there were 6 columns in each of the behind and in front of the temple and 15 from each side … In the first century AD the Romans moved the main entrance to the temple to the west after it was east. This landmark is of great importance and is visited by many tourists annually from around the world.

A small museum, but rich in contents, as it contains many discoveries found in ancient Corinth. You can move between 3 different rooms of the museum to discover the ancient products of Corinth from clay pots, clay, ceramics, mosaics, marble sculptures and others. The exhibits include interpretations in Greek and English.

Loutraki overlooks the Gulf of Corinth, which is 6 kilometers from the old city and is today a popular coastal resort with many warm springs. The Loutraki Spa is distinguished for its natural treatments. The ancient part of Loutraki was destroyed in 1928 by a strong earthquake, but today it houses many hotels that appeared in the second part of the twentieth century.

The modern part of Corinth, which includes many modern buildings, cafes, and restaurants, especially in a square, remains near the harbor. 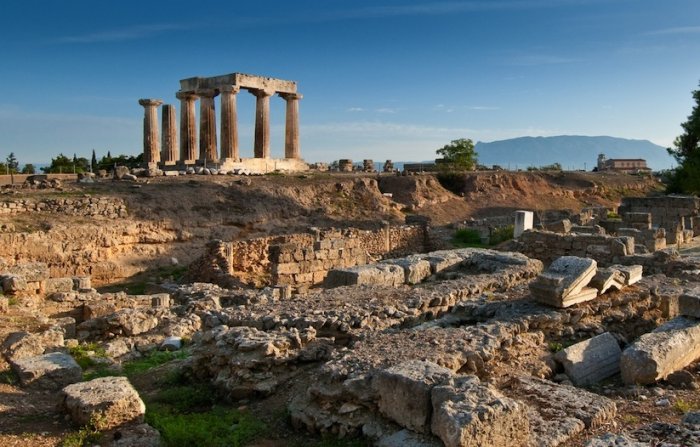 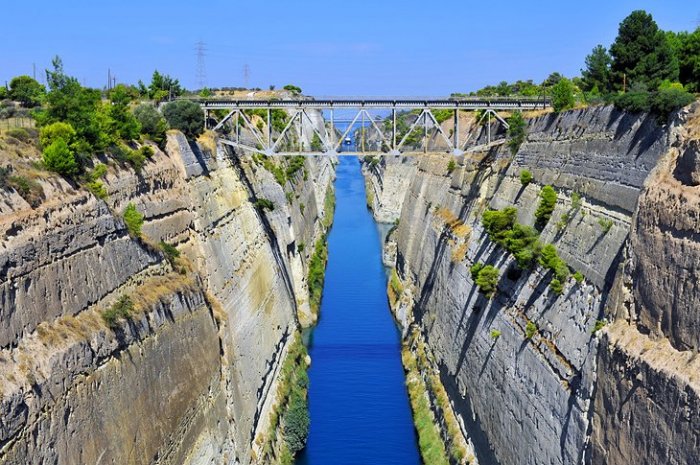 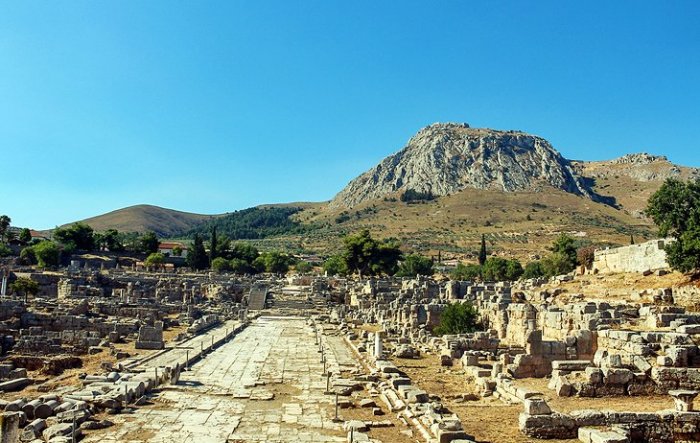 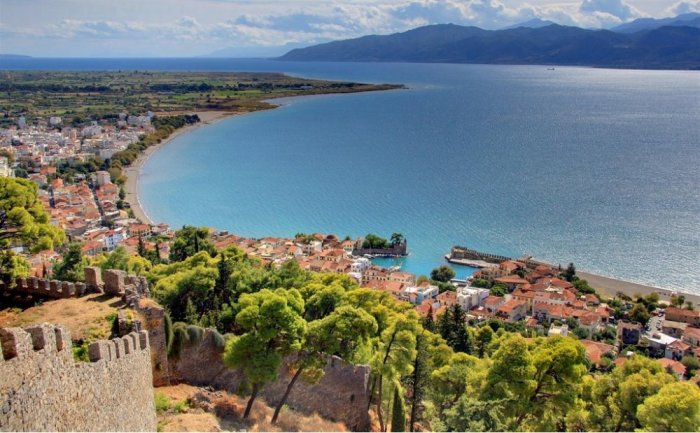 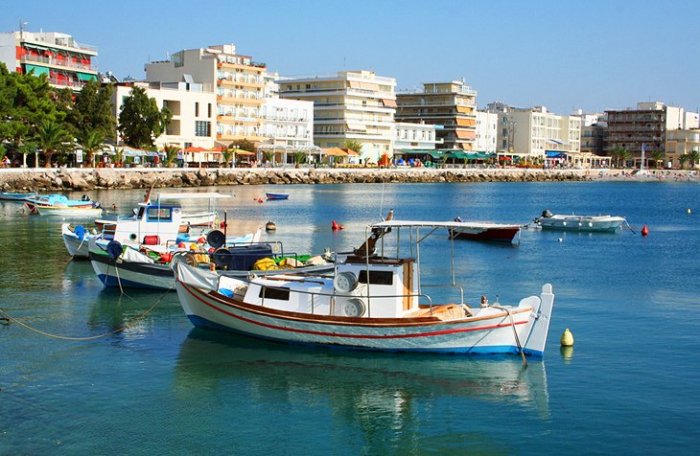 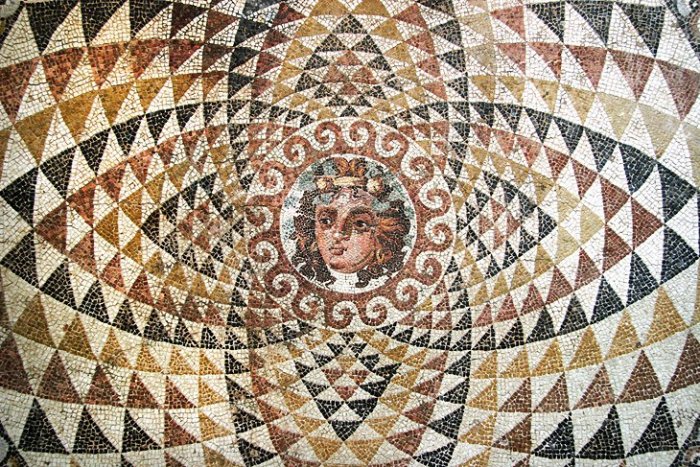 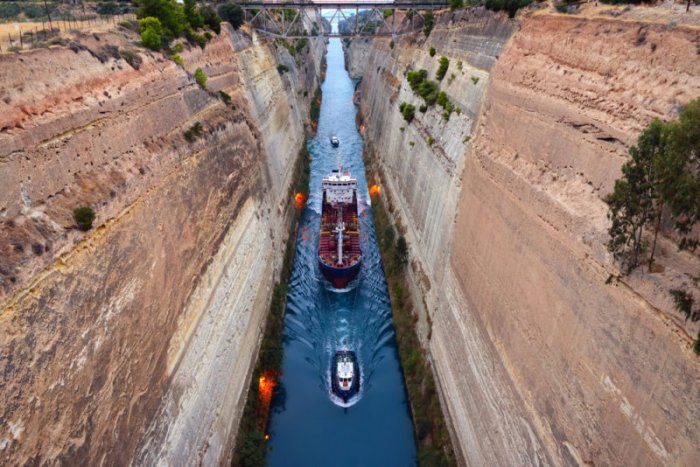 Another scene for the Corinth channel 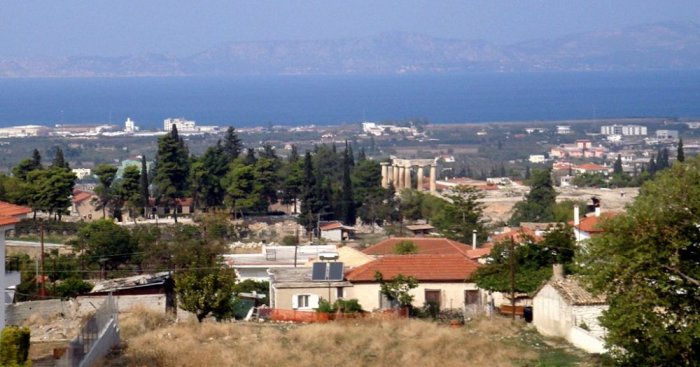 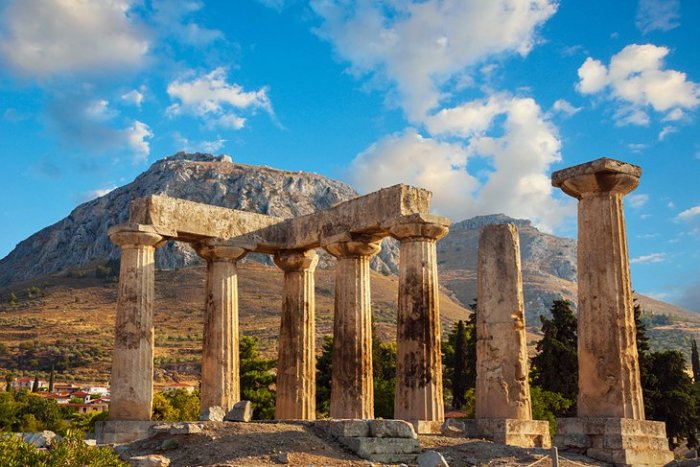 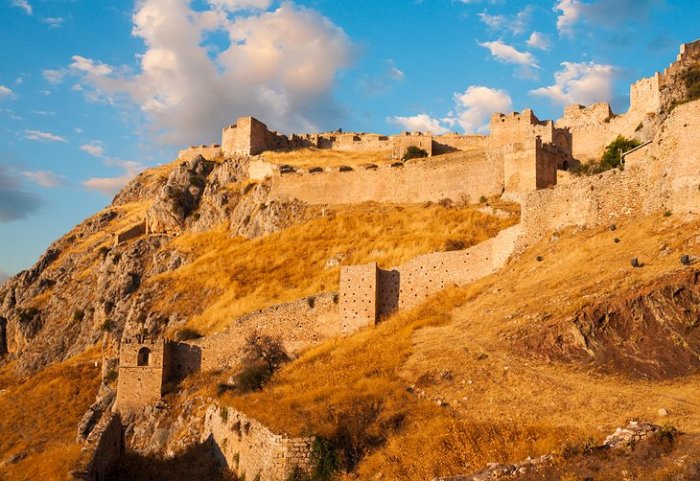 From the effects of Corinth