Chamonix is ​​one of the most important winter tourist destinations in France thanks to its privileged location at the foot of the famous snowy mountain in the country, which makes it an ideal destination and a source of temptation for climbers and managing mountain safari tours.
If you are one of those and a destination like that tempts you to spend an exciting and enjoyable season in Chamonix, you definitely need to follow our article today that shows you where Chamonix is ​​located and how you get to and from it where the most famous tourist areas in France are located. 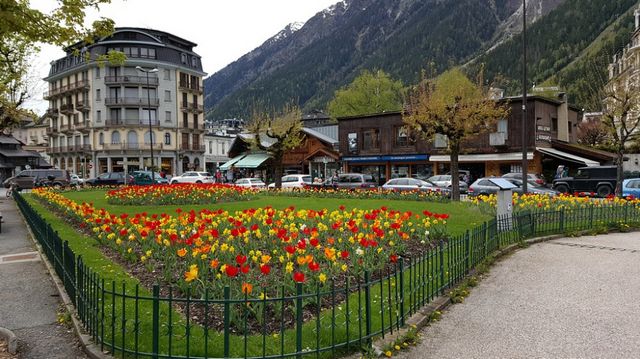 Chamonix is ​​distinguished by its high-end hotels and tourist resorts with stunning views of the most beautiful natural landmarks of the city, in addition to the services and facilities it provides at a high level of hotel quality at prices appropriate for different budgets. . read more 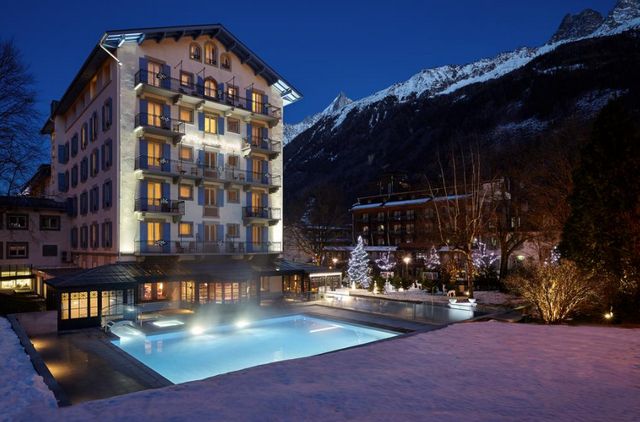 Where is Chamonix located?

Chamonix is ​​a French tourist city located at the foot of the snowy white mountain in the east of the country with an area estimated at 11 thousand 153 square kilometers and a height of 1035 meters above sea level.
For more information about where Chamonix is ​​located on the map of France and among its most important tourist cities, you can see the following map:

Where is Chamonix located in the tourist cities of France?

Chamonix is ​​surrounded by a number of major tourist cities in France such as Paris, Marseille, Nimes, Lyon, and others.
During the following paragraphs, we review with you the distances and access routes between the Chamonix Center and its sisters from other French cities.

The distance between Chamonix and the capital, Paris

Chamonix is ​​615 km from Paris, which means driving on the A6 and A40 tracks for 6 hours 9 minutes.
The distance between the two cities can also be calculated at 680 km, which is equivalent to driving for 6 hours 46 minutes along the A5 track.
Travel time from Chamonix to Paris and vice versa can reach 10 hours 36 minutes when taking a public bus.

Where is Chamonix located?

Chamonix is ​​492 km from the French city of Cannes, equivalent to driving on the A10 / E80 and E25 for 5 hours 48 minutes.
Following the A5 track, the distance increases to 496 km covered in 5 hours 44 minutes.
Also, the private car can be replaced by taking a public bus to reach from Chamonix to Cannes and vice versa within 8 hours 59 minutes.

How far is Chamonix from Nice?

Chamonix is ​​457 km from Nice, which means driving on the E80 / A10, E25 tracks, arriving in 4 hours 20 minutes.
If the A6 / E717 tracks are followed, the distance reaches 462 km, which is covered within 5 hours 12 minutes.
You can also travel the distance between Chamonix and Nice by public transport within 9 hours 26 minutes.

The distance between Strasbourg and Chamonix

Chamonix is ​​405 km from Strasbourg, equivalent to 4 hours 29 minutes’ drive on the A35.
Following the A1 track, in addition to the previous track, the distance between the two cities reaches 483 km, which is equivalent to driving for 5 hours 5 minutes.
The journey time between Strasbourg and Chamonix by public bus is 6 hours 56 minutes.

How far is Colmar from Chamonix?

Colmar is 333 km from Chamonix, the equivalent of 3 hours 46 minutes driving via the A12.
The distance increases to 411 km if you follow the A1 path that connects you from Chamonix to Colmar and vice versa within 4 hours 24 minutes.
If you decide to travel between the two cities via the French public bus network, you are expected to arrive within 5 hours 49 minutes.

Where is Chamonix located from Annecy?

Annecy is 94.1 to 101 km away from Chamonix, equivalent to 1 to 11 hours of 51 minutes driving through tracks A40, D1203.
In case of taking a public bus, you can reach Chamonix from Annecy and back within approximately 2 hours 16 minutes.

The distance between Chamonix and Nimes

Chamonix is ​​456 km from Nimes the equivalent of driving on the A7 track for 4 hours 45 minutes.
Following the paths A7 and A49, the distance between Chamonix and Nimes is reduced to 400 km and covered within 4 hours 48 minutes.

The distance between Montpellier and Chamonix

Chamonix is ​​507 km from Montpellier, the equivalent of driving on the A7 track for 4 hours and 15 minutes.
The distance increases to 523 km if you follow the path A40 with the path A7 to reach between the two cities within 5 hours 26 minutes.

How far is Lyon from Chamonix?

Chamonix includes a number of the most beautiful tourist attractions in France that attract tourists to visit from everywhere in the world, such as: Chamonix Theme Park, the Summit de Midi, the Museum of the Alps, and other attractions that you can learn in detail by visiting the link .. Read more

Articles that may also interest you in Chamonix: