Where is Iran located and the distances between the most important tourism cities in Iran?

Tourism in Iran plays an essential role in the prosperity of the state’s economy, as it attracts a large number of tourists, which made it a destination for every visitor. When you consider traveling to that country, which contains many wonderful archaeological and religious tourist sites, you must first know where Iran is located specifically? What are the distances between the most important tourist cities in it?
In the following lines, we will learn more details that will be useful to you during your trip inside the Iranian Republic. 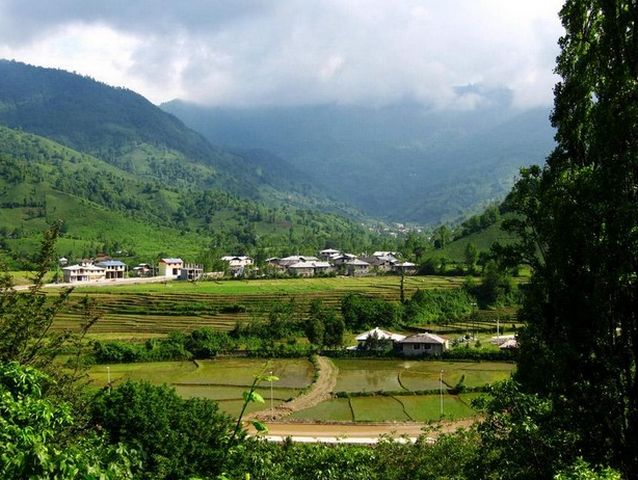 Where is Iran located?

Iran is located in the western side of the State of Asia, bordered by Turkmenistan and Azerbaijan to the north, and Turkey and Iraq are located in western Iran, bordered to the east by Pakistan and surrounded by the Arab Gulf to the south, and its area is approximately 1648 thousand km.
You can view the following map to find out exactly where Iran is located:

How to travel to Iran

When you consider traveling to Iran, you should submit an application for a visa at the Iranian embassy in your country, and some important documents must be attached to the visa application, such as a passport that is valid for at least six months and a clear personal photo.

Distances between the most important cities of Iran on the map

After we got to know where Iran is located, we will know the distances between the most important cities for tourism in Iran, and what is the appropriate means of travel between them.

Where is Esfahan located from Tabriz

The distance between the cities of Isfahan and Tabriz is estimated at 901 km, and in the case of travel by car, the distance will be covered in approximately 9 hours and 50 minutes, and the plane can be taken from the Shahid Behchi International Airport to take your journey three hours and twenty minutes.

Shiraz is far from Ahwaz

Shiraz is about 536 km from Ahvaz, which is approximately seven hours and 28 minutes when traveling by car, and the distance between the two cities by plane from Ahvaz International Airport can be traveled to reach within one hour and 25 minutes.

How much is the distance between Tehran Khorramabad

Khorramabad is 487 km from the capital, Tehran, equivalent to driving by car five hours and 32 minutes across the fastest route, as shown in the map below.

Bandar Abbas is far from Zahedan

The distance between the two cities is estimated at 734 km, i.e. approximately 8 hours and 53 minutes, and if you travel by plane from Bandar Abbas International Airport, you will arrive in 8 hours and 15 minutes.

How much is the distance between Zahidan and Yazd

The distance between Zahidan and Yazd is estimated at about 874 km, equivalent to 9 hours and 25 minutes by car, and you can travel the distance in a short time by taking the plane from Zahedan to reach in 4 hours and 35 minutes.

Where is Tehran located from Bandar Abbas?

The distance in km, according to Google Maps, between the two cities is estimated at 1276 km. The car can be traveled in 13 hours and 23 minutes, and the distance can be traveled faster by plane from Mehrabad International Airport in an hour and 25 minutes.

How far is Zahedan from a month

The distance between Zahedan and Madinat Shahr is estimated at 325 km, which is approximately three hours 43 minutes’ drive by car, via the fastest route shown on the map.

The distance between Tehran and Tester

The distance between Tehran and the city of Tester in kilometers is calculated at 731 km, which is equivalent to eight hours and 28 minutes when you travel by car via the fastest route shown on the map.

After we got to know where Iran is located, you need to know the most important tourist attractions and the various recreational places that Iran embraces and which attract a large number of tourists from all countries, learn about this and more through the following article .. Read more

Report on the Salalah Marriott Hotel