Where is Las Vegas located and what are the most important cities near Las Vegas?

Las Vegas is based on the Las Vegas Valley metropolitan area, the largest city within the Greater Mojave Desert, and the most populous in the state of Nevada in particular, and the United States as a whole, which is an internationally famous resort city.
Vegas is primarily known for being the entertainment capital of the world, as well as for its major hotels and associated activities, and is considered one of the three best destinations worldwide in the hospitality industry, and is ranked globally as the most visited tourist places in America.
Because of all of the above, the answer to where Las Vegas is located is necessary, and in our next few lines we will present to you the location of the city from America, and the distance between it and some of the important tourist cities in the country.

Las Vegas is home to many of America’s luxury hotels, which we have compiled in the Best Las Vegas Hotel Directory .. Read more 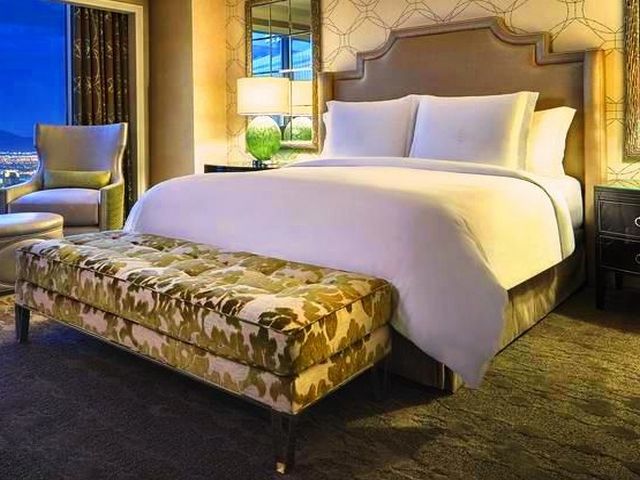 Where is the glittering Las Vegas?

Las Vegas is the largest city in Nevada, located in its south and within the boundaries of the Mojave Desert.
You can know the city’s location accurately and clearly by reviewing the following map

Where is Las Vegas located between the cities of America?

Las Vegas is located in the south of Nevada, and within an ocean that includes a good number of prominent tourist cities in America, and it is connected by many and varied transportation.
Together, in this article, we will learn about the distances between Las Vegas and some of the most important and famous tourist cities.

Where is Las Vegas from Washington, DC?

Vegas 3,873 kilometers from Washington, and is equivalent to 36 hours of driving via the I70 East motorway, a time that can be shortened to 4 hours and 20 minutes by flight.

What is the distance between the cities of Las Vegas and San Francisco?

Las Vegas is 916 km from San Francisco, 8 hours and 34 minutes of driving via the A15 South to I5 North.
It is also possible to reach from Vegas to San Francisco via flights available from McCarran Vegas International Airport within an hour and a half.

Where is Las Vegas located in Los Angeles?

Los Angeles is 435 km from Vegas, which is 4 hours and 1 minute drive via the A15 South motorway. It can be reached by plane in just 1 hour and 5 minutes.
You can find the approved methods and means of transportation between the two cities via the following map.

How far is Las Vegas from San Diego?

San Diego is 534 km from Vegas, which equals 4 hours and 54 minutes on the A15 South motorway.
The time can be shortened by taking a flight between the two cities, which takes no more than an hour and five minutes to travel.

The distance between Las Vegas and Dallas

Vegas is 1968 km from Dallas, and the distance can be traveled within 17 hours and 49 minutes on the I40 East motorway, and from it to US 287 South.
You can travel between the two cities via a flight that takes two hours and 25 minutes from McCarran International Airport in Vegas.

Where is Las Vegas located in Portland?

Las Vegas is 1561 kilometers from Portland, 15 hours and 16 minutes’ drive on the US 95 North Interstate, or via a two-and-a-half-hour flight.

You can learn more about Las Vegas, the first in the world of entertainment, by reading our detailed tourism report about the city .. Read more

Articles you may also be interested in in Las Vegas:

The most important 6 tourist places in Las Vegas

Where is Los Angeles and what are the most important cities near Los Angeles?