Where is Lucerne located and what are the most important cities near Lucerne?

Lucerne is a charming city located in the heart of Switzerland and is distinguished by its view of a lake of the same name, and due to this view with the presence of towering snow-covered mountains most of the year, the city has become a kiss by a large number of tourists around the world and deserved to be one of the tourism cities in Switzerland the most famous.
In addition to the natural beauty that the city provides to its visitors, it is distinguished by the abundance of historical attractions, especially the medieval houses, a memorial erected to commemorate the soldiers who were guarding the King of France during the French Revolution, the Swiss Transportation Museum and others, all these factors came together To make the tourism experience in Lucerne an interesting experience. 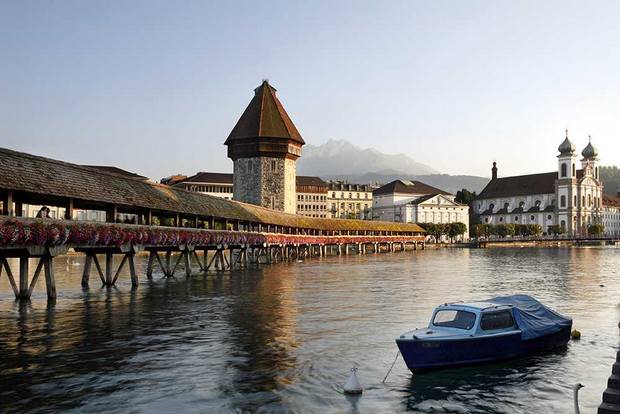 Lucerne has a large number of accommodation options that vary in everything, from its views to its prices and the services it provides to its guests. In the next article, we show you the best hotels in Switzerland in Lucerne .. Read more 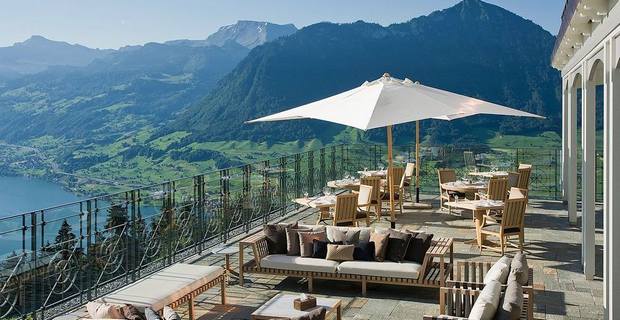 Where is Lucerne located?

Lucerne is located in the center of Switzerland, on the western shore of Lake Lucerne and on the banks of the Ruwais River, and in the following link we show the location of Lucerne on a Google map.

The distance between Lucerne and the most important cities of Switzerland

During the coming lines, we will detail the distances between Lucerne and other Swiss cities.

Where is Lucerne located from Zurich?

The capital, Zurich, is 52 km from Lucerne. You drive by car in 43 minutes along the route shown on the map, and by train in 50 minutes.

Where is Lucerne located from St. Gallen?

The distance between Lucerne and St. Gallen is 144 kilometers, and you can drive them within approximately two hours along the route shown on the map, and by train in two hours and 18 minutes.

Where is Lucerne located from Geneva?

Geneva is Lucerne at a distance of 265 km, or about 3 hours, only ten minutes by car via the path shown on the map, or approximately the same time it can be taken by train.

Where is Luzern located from Bern?

The distance between Lucerne and Basel

The distance between Basel and Lucerne is 100 kilometers, and you can drive them in an hour and 11 minutes via the route shown on the map, or by train in an hour and minutes.

After we answered in detail the question of where is Lucerne located, you can learn more about Lucerne tourism or tourist places by visiting our website by clicking on the following link .. Read more

Articles you may also be interested in in Lucerne:

The best 3 serviced apartments in Lucerne

The best 5 places to visit in Lucerne

The best 3 places to shop in Lucerne

A report on Aston Tropicana Hotel in Bandung