San Diego is a city located on the coast of the Pacific Ocean in California, and is famous for its picturesque beaches, wonderful gardens and a warm climate, in addition to many art galleries and museums that are considered prominent places of tourism in San Diego.
The deep port of the city is home to a large active marine fleet, and the port includes an aircraft carrier that turned into a museum open to the public, which topped the list of tourist places in America with time.
As the city is a favorite tourist destination for visitors to the country, we dedicated this report to talking about the city’s location in America, and to answering your questions about where San Diego is located in the other tourist cities of the country.

San Diego hosts many unique accommodations, among which are the best luxury hotels in America, which we have collected for you in the directory of the best hotels in San Diego .. Read more 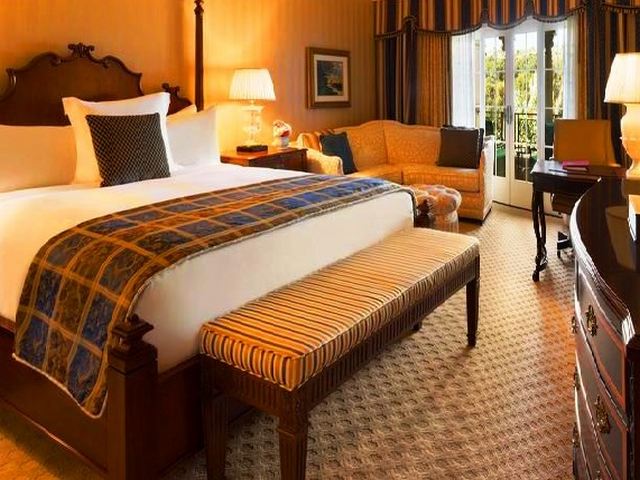 Where is the charming San Diego?

San Diego is located directly on the Pacific Ocean in southern California, north of the Mexican border, opposite Tijuana, and is the second largest city in the state.
To find out more clearly where San Diego is located, see the following map

Where is San Diego located between the cities of America?

San Diego is located along the western coast of the United States, near many important California cities, and prominent American tourist cities. The vehicle can be used to travel between it and some of these cities.
Together, in this article we will learn about the distances between San Diego and some of the most important and famous tourist cities.

Where is San Diego from Washington, DC?

San Diego is 1263 km from Washington, which is equivalent to 21 hours and 13 minutes of driving via the A5 North motorway.
The time can be shortened to 4 and a half hours, via a regular flight from San Diego International Airport to Washington.

The distance between San Diego and National City

The nearest cities are National City, San Diego, 10.8 km away, and the drive can be covered within 11 minutes.
Here is the next map showing the distance between the two cities, from which you can use the acronyms.

Where is San Diego from Sacramento, the capital of California?

Sacramento is 504 km from San Diego, which equals 8 hours and 5 minutes on the A5 North motorway.
The time can be shortened by taking an independent flight between the two cities, which takes no more than an hour and a half to travel the distance.

What is the distance between the cities of San Diego and San Francisco?

The distance between San Diego and San Jose

What is the distance between San Diego and Las Vegas?

San Diego is 332 km from Las Vegas, and the distance can be traveled 5 hours and 5 minutes by car on the A5 North motorway.
One of the periodic means of flying between the two cities can also be used to shorten the time to about an hour and 10 minutes only.

Where is San Diego from Los Angeles?

Los Angeles is 120 km from San Diego, which is 2 hours and 15 minutes’ drive via the A5 North motorway.
To get a better feel of the overland roads, please see the following map, which will help you to use the shortest roads, and the means of transportation between the two cities.

Where is San Diego from Long Beach?

Long Beach is 113 km from San Diego, which equals an hour and 43 minutes via the A5 North motorway.
And you prefer the map showing all the land roads, between the shortest and the least crowded, and all means of transportation that connect the two cities.

It is worth noting that San Diego is one of America’s most important tourist cities, which includes many wonderful parks and nature reserves.
The city also has its own unique beaches, which provide excellent opportunities for beach sports lovers, along with wonderful views.
Although it is a city with a high population density, its visitors asserted that it is very suitable for rest and relaxation .. Read more

Articles you may also be interested in San Diego:

The 3 best serviced apartments in San Diego are recommended

The 4 best places to shop in San Diego

The 6 best activities in Outlet Manchester