Football lovers on a date with the World Cup 2020 … the twenty-first World Cup soccer tournament, which will be held in the state of Russia during the period between June 14 and July 15 of 2020 on 12 stadiums and in 11 Russian cities are Moscow, St. Petersburg, Kazan, Nizhny Novgorod Saransk, Kaliningrad, Volgograd, Yekaterinburg, Samara, Sochi and Rostov on the Don River, which is why we will review together the most prominent tourist destinations and the best hotels and restaurants in the cities mentioned above, so that football fans can enjoy a wonderful tourism trip inside the Russian cities in addition to follow-up matches The World Cup 2020 in stadiums Football in Russian cities.

The most popular tourist destinations in Sochi:

It is an ancient botanical garden established in 1898, the park contains more than 250 types of beautiful and rare plants, and also contains a wonderful park for families and families and a play area for children.

Waad is one of the most famous and beautiful tourist attractions in the city of Sochi and is a source of great pride for the local people in Sochi. It is located in a protected natural area and is part of the “Dzhegosh” waterway. The thirty-three Sochi waterfalls are composed of a large group of waterfalls of varying height and number 33 waterfalls.

Sochi has a huge supermarket like all Russian cities, but shopping at Sochi Central Market is without a doubt a great experience. There you can try lots of free samples before you buy.

It is the ideal place to buy trout caviar which Russia is famous for and which is a staple of most Russian meals, and you can buy the famous Russian caviar.

If you want to go on a fun cruise while you are in Sochi, you should go to the Black Sea Coast region of Sochi where you organize daily boat and yacht cruises.

The best hotels in Sochi:

There is near Denderari Park, 200 meters from the Black Sea coast, 2 km from Sochi train station, and 25 km from Sochi International Airport, the hotel has a private beach, and the hotel has elegant and air-conditioned hotel units with balconies overlooking the sea. Also on a spa that occupies two floors and offers distinguished cosmetic treatment sessions that include traditional aromatherapy sessions and massages of various kinds. The hotel also has a fitness center and an outdoor pool. It also contains a wonderful restaurant for European, Russian and Caucasian cuisine. The hotel provides free Wi-Fi.

The hotel contains elegant air-conditioned hotel units, with comfortable beds. It is worth noting that all the beds inside the hotel are equipped with medical mattresses, which helps to avoid bone pain.

In Sochi city center, it offers elegant hotel units inside the hotel throughout the year, and others outside the hotel on the beach during the summer season. The hotel has a fitness center, and a wonderful restaurant for Russian and European cuisine. The hotel also provides free Wi-Fi, a safety deposit box Sauna, hammam and gym use.

Another great hotel in Sochi city center. The hotel offers elegant air-conditioned hotel units with balconies overlooking the sea and mountains. The hotel contains a wonderful restaurant serving delicious Russian and European cuisine and a distinctive set of desserts.

The hotel has elegant and spacious hotel units, spa, fitness center, beauty salon, sauna and business center. It also has a breakfast buffet restaurant, and another great restaurant for Italian and seafood.

The best restaurants in Sochi:

“Baran Rapan” restaurant: He is also known for serving seafood, Russian, European, especially from the Central European region, as well as for serving grills and vegetarian food.

“Red Fox” Restaurant: It is a sophisticated and well-known restaurant in Sochi, famous for its local Russian food, European food and seafood.

Royal Fish Restaurant: Another popular upscale restaurant in Sochi is particularly famous for its European food from the Eastern European region, international food from different countries of the world, seafood.

Restaurant “La Terrazza”: It is one of the best restaurants in Sochi and is famous for providing Italian and European food.

SeaZone Restaurant: It is famous for serving Japanese food, seafood, European specialties from the Central European region, and soup dishes. 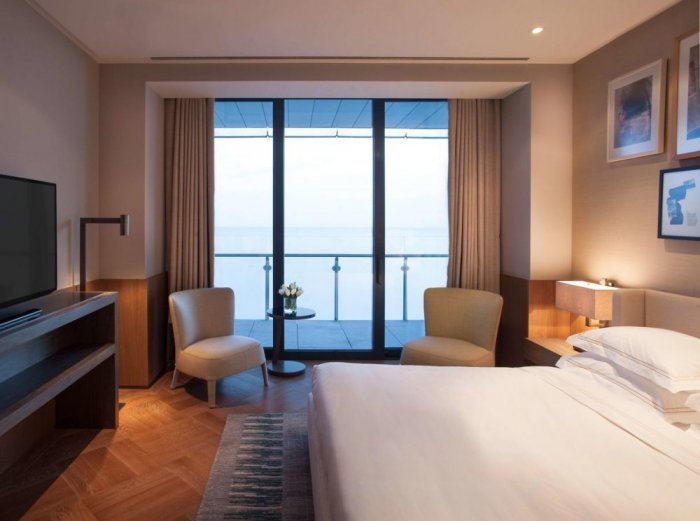 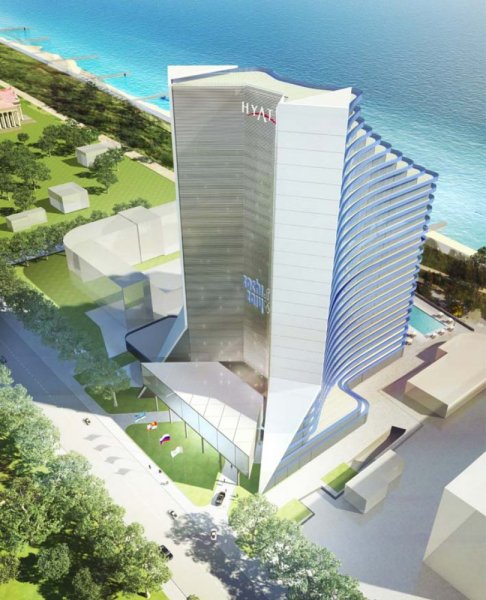 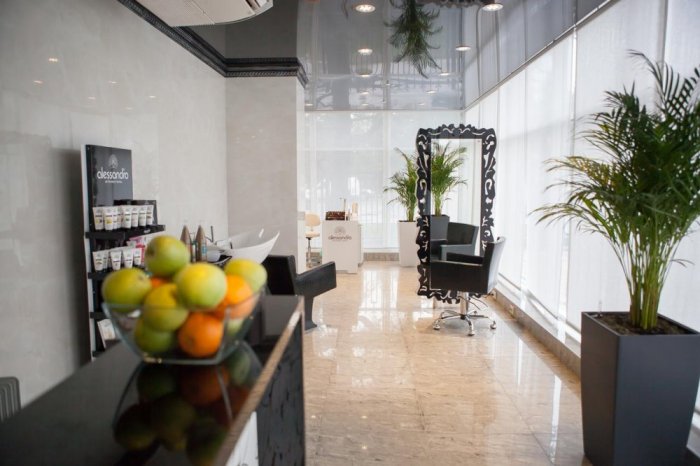 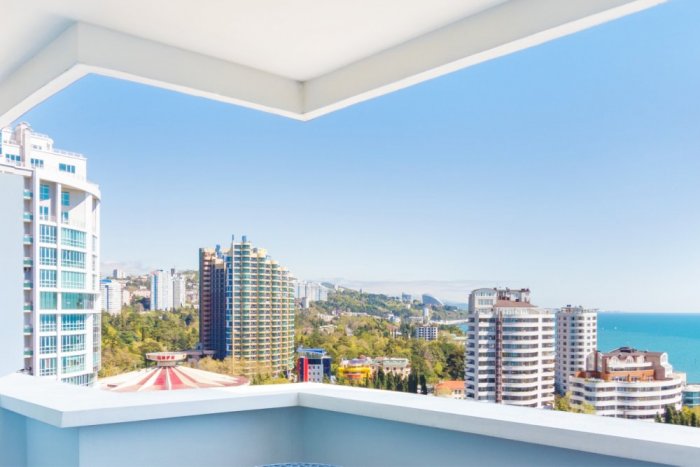 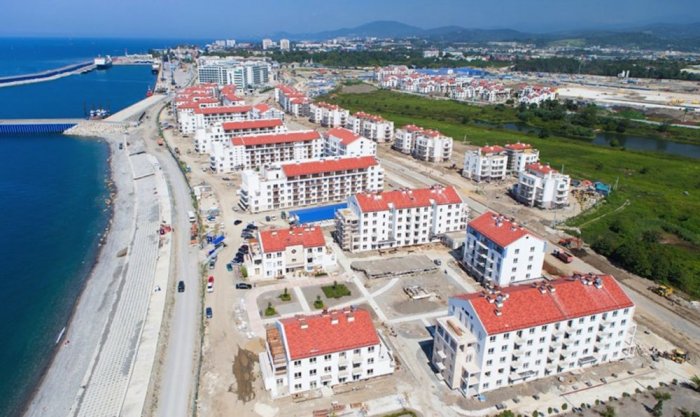 The city of Sochi, one of the cities of the 2020 World Cup in Russia, has many football fans in its midst 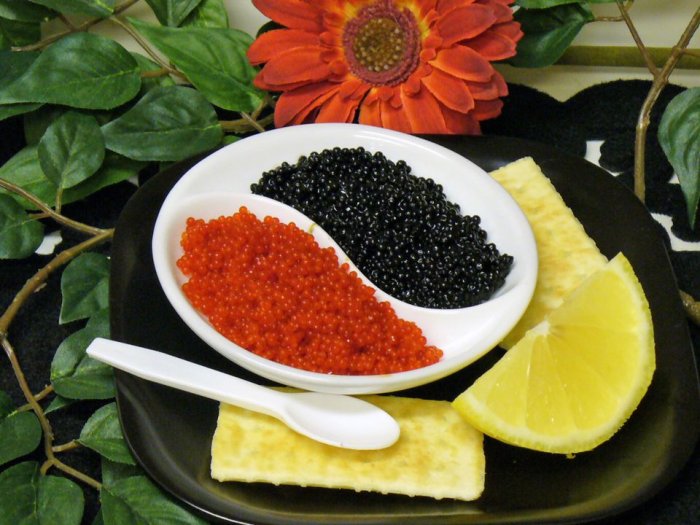 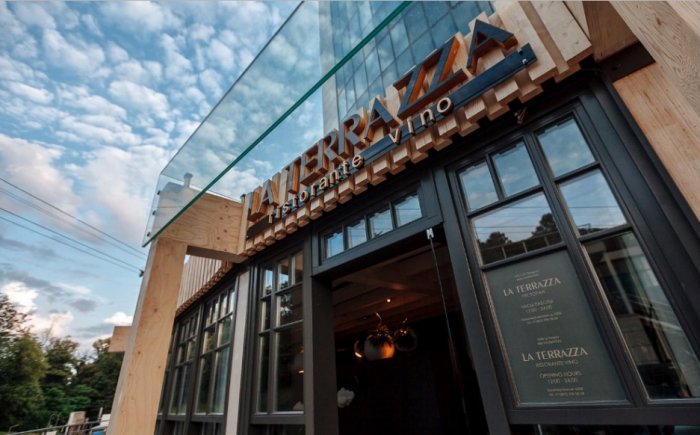 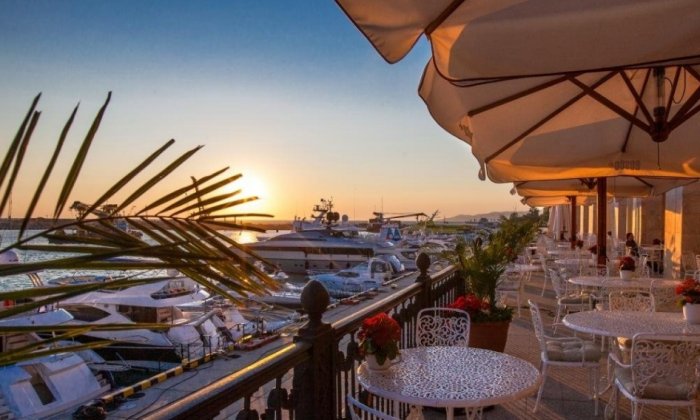 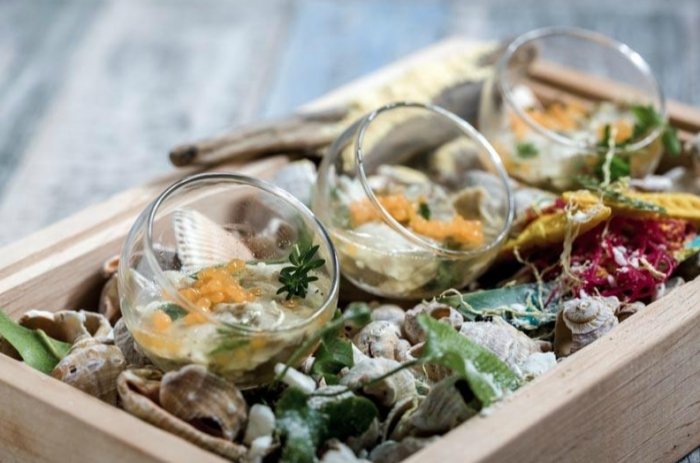 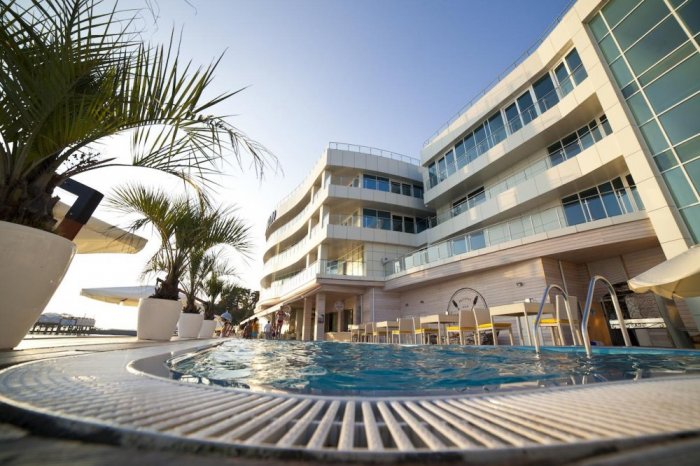 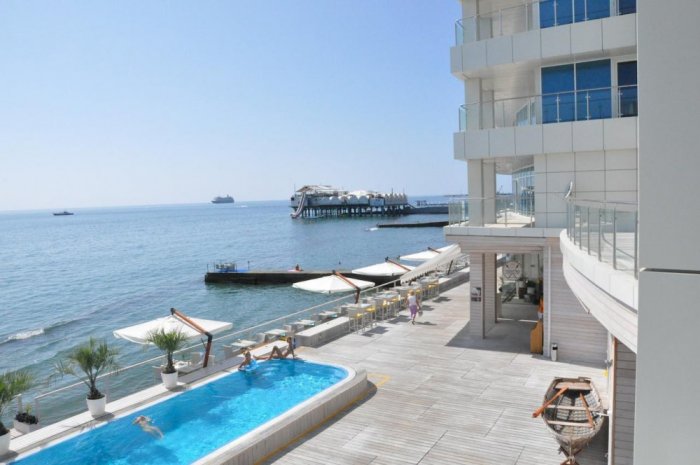 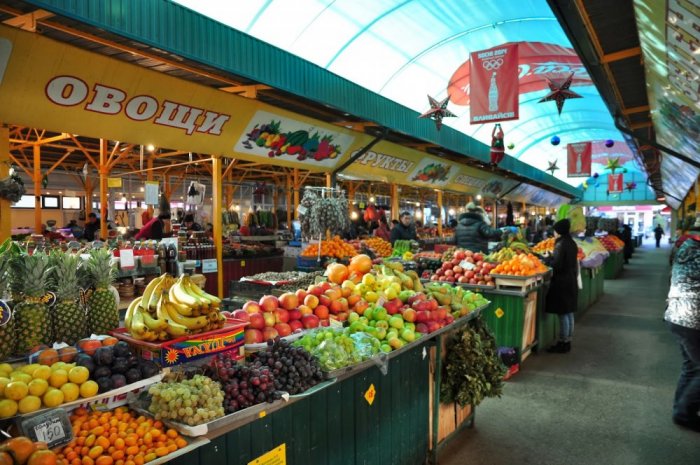 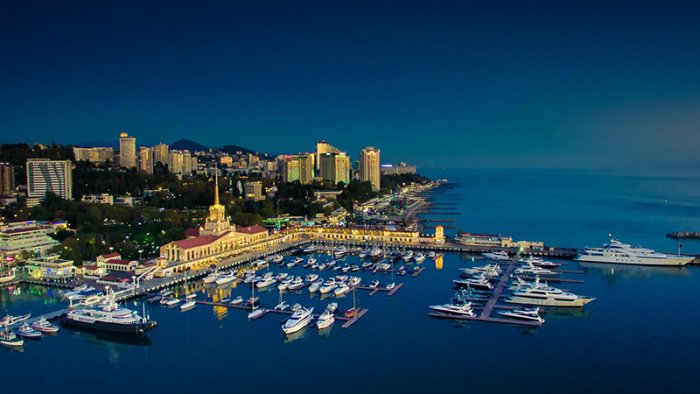 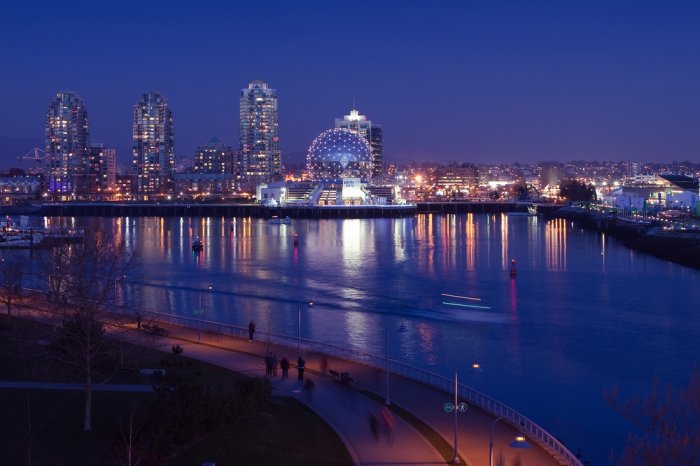 Your tourist guide for the Russian city of Sochi 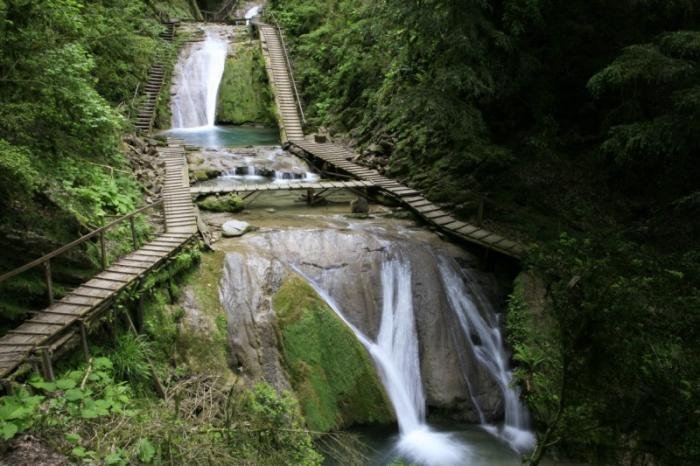 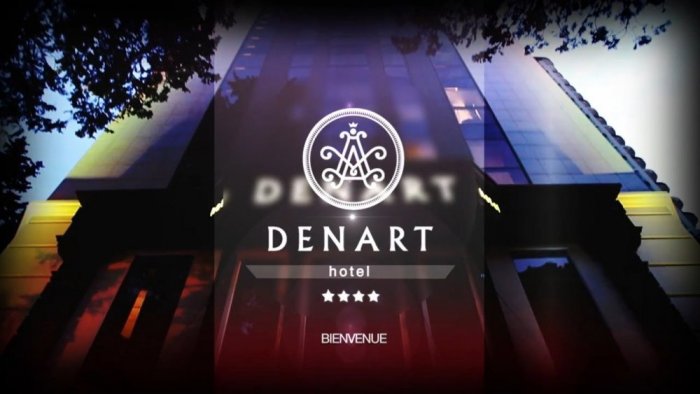 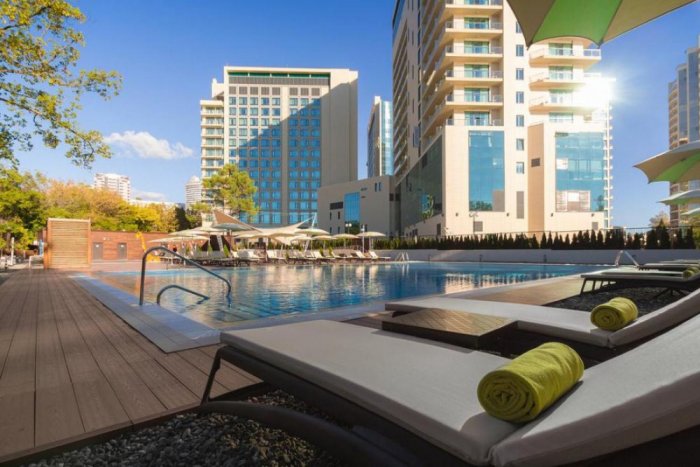 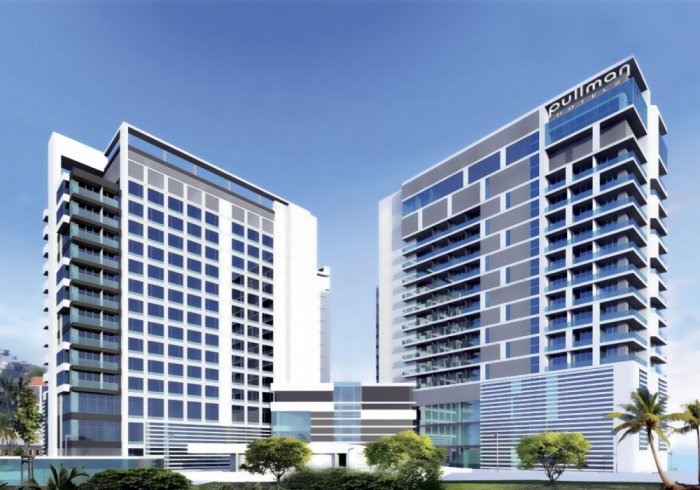 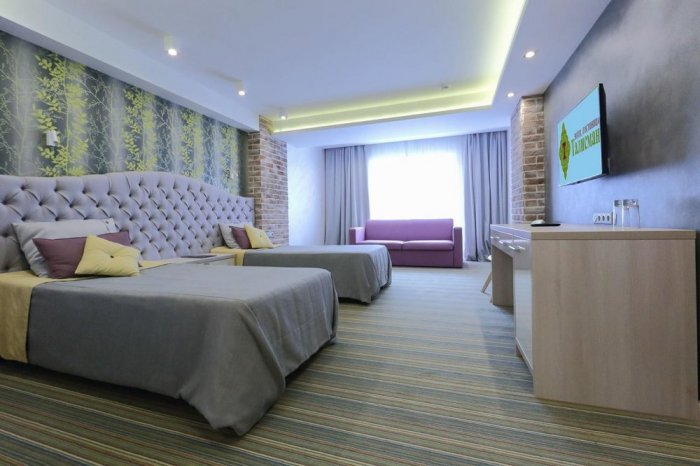 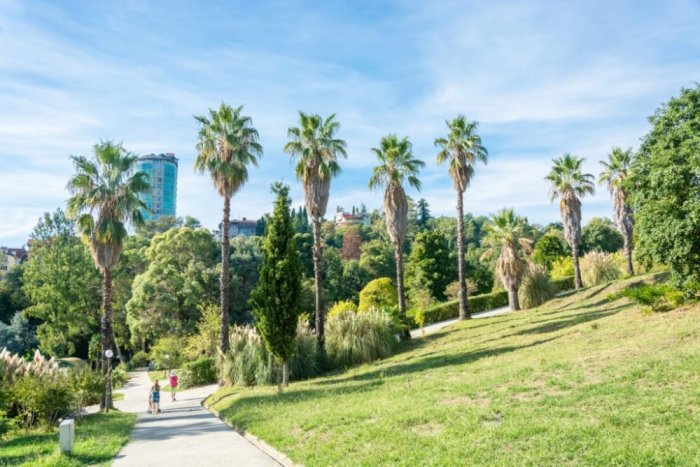 Wonderful European destinations .. for those who are not afraid of the cold of winter