A very interesting trip to the Jet Jet Falls in Bali 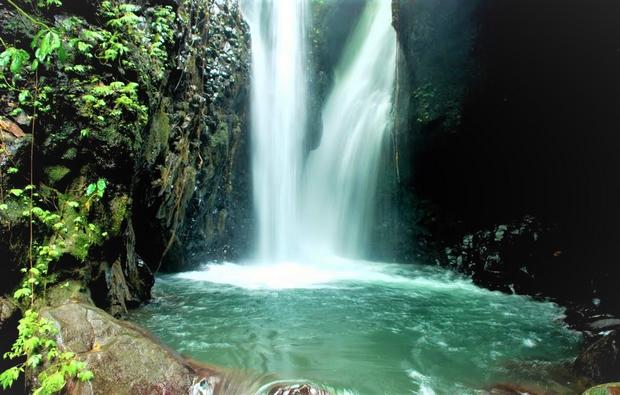 The Jet Jet Waterfall is one of the most important and famous tourist destinations on the island of Bali in Indonesia, and there is a waterfall inside the village of Jet Jet, which is located north of Bali Island. This waterfall is located on the highest plateau with a height of 45 meters, and this waterfall was opened as a tourist destination for individuals in the year 1975 AD. This waterfall is located north of the city, about an hour and a half away from the city center by car, and do not worry about accessing it, it is located on the main roads that are filled with identification boards that facilitate you to reach the waterfall. It is also about 10 km from Sinjaraga and about 70 km from Denpasar.

This magnificent waterfall is surrounded by many tropical trees and green rice terraces that capture the eye, in addition to many trees such as coffee trees, spices, cocoa and others. Once you reach the waterfall you will notice that there are many monkeys that come to the waterfall to drink water and eat, giving the area a pleasant look. The site also has some Hindu monuments such as the Bhuwana Pangkung Temple which is a shrine for the local people. 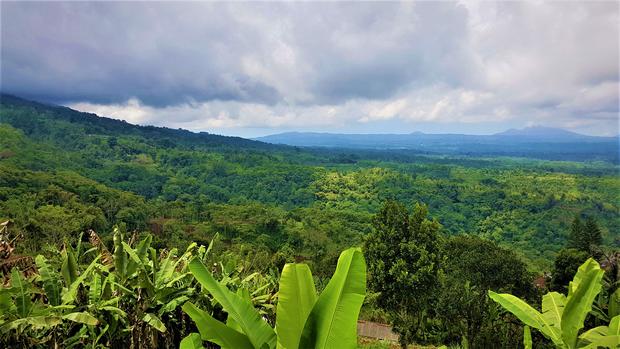 The Jet Jet waterfall can be reached by walking through a narrow walkway between trees until reaching the waterfall point, which is about 800 meters from the main gate, and this narrow walkway has been used by the local people since 1975 AD. Once you reach the waterfall you will notice the purity of the water, and its time you can catch your breath in the middle of a picturesque nature where you find yourself between greenery and water. Also, once you reach the base of the waterfall, you can relax next to it a little or enjoy a cold bath by swimming in its water.

Facilities located in the Jet Jet waterfall
The Jet Jet waterfall is one of the most famous waterfalls on the island of Bali, where in addition to its picturesque nature and purity of its water it contains a set of facilities that facilitate the enjoyment of the trip such as: parking lots and many restaurants and cafes that offer light dishes and fresh drinks, in addition to the shops and stores that sell gifts Commemorative and art paintings.
Things to do inside the Jet Jet waterfall
– Enjoy the nature around you, which includes the sound of water falling from the top of the waterfall, breathing clean air, watching tropical forests, spice trees, coffee and cocoa.
– Watch the monkeys spread around you and listen to the sound of birds around you that make you feel happy and relaxed. 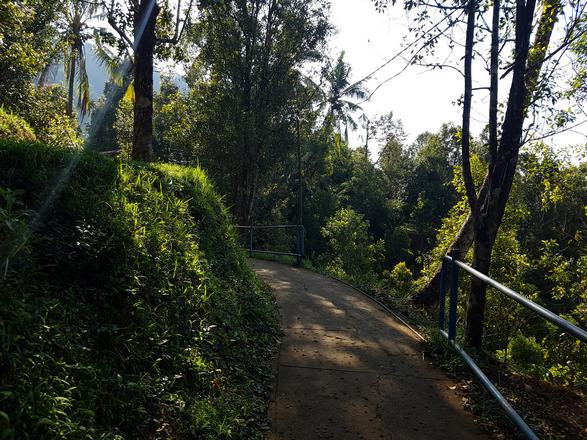 – Take some memorial photos between forests, in front of waterfalls, and in the middle of the picturesque nature.
– Swimming during the waterfall, where it becomes quieter as you move away from the projection, but be careful, as it can be skid due to the viscosity of the soil there.

Eat some traditional snacks and grilled corn, or drink fresh juices, hot or cold drinks in restaurants or cafes in the area.
– Buy souvenirs for friends and relatives from the shops scattered there. 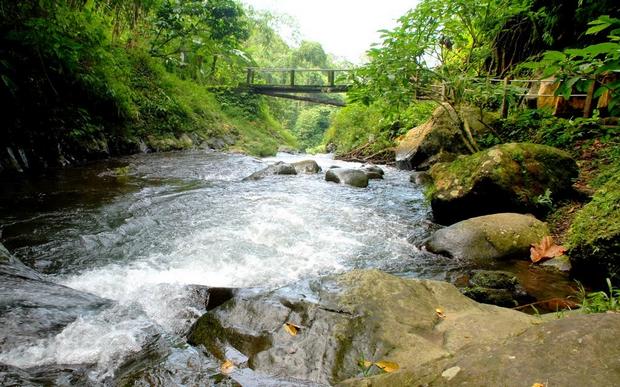