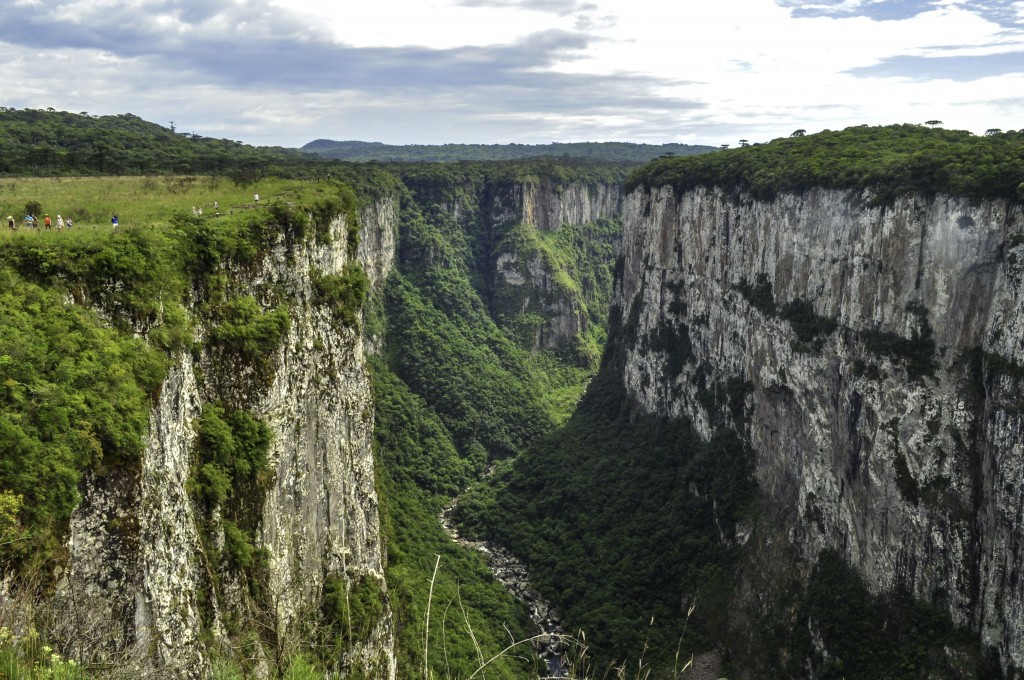 Aparados da Serra National Park. The park is located in the Serra Geral range of Rio Grande do Sul countries and Santa Catarina in southern Brazil, between 29º07′-29º15 ‘S and 50º01’-50º10 “W. It was created in 1959 as one of the first national parks in Brazil, to protect Valley Itaimbezinho . It covers an area of ​​10250 hectares.
Information about the Aparados da Serra National Park
Apartados da Serra National Park is a beautiful park, located in the south of Brazil, on the eastern border between Rio Grande do Sul and United Santa Catarina. Its name is “Aparados da Serra National Park” which means the rugged transport park between the high plateau region and the coastal plain region. The main goal of this park is to preserve pastures and forests, shovel vegetation and all the natural elements associated with these ecosystems. Moreover, this national park both protects an impressive sight which constitutes geological and geomorphological processes. The main attraction in the park is the famous Canyon Itaimbezinho. 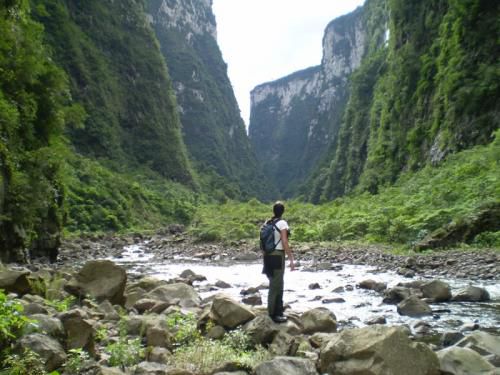 Geography
Apartados da Serra National Park is located in the northeastern region of Rio Grande do Sul, on the border with the southeasternmost part of the state of Santa Catarina and is part of the beautiful Serra Geral. The park covers parts of the municipalities of Cambara do Sul (60%), on the Plateau of Rio Grande do Sul and Praia Grande (40%), on the Plateau of Santa Catarina. 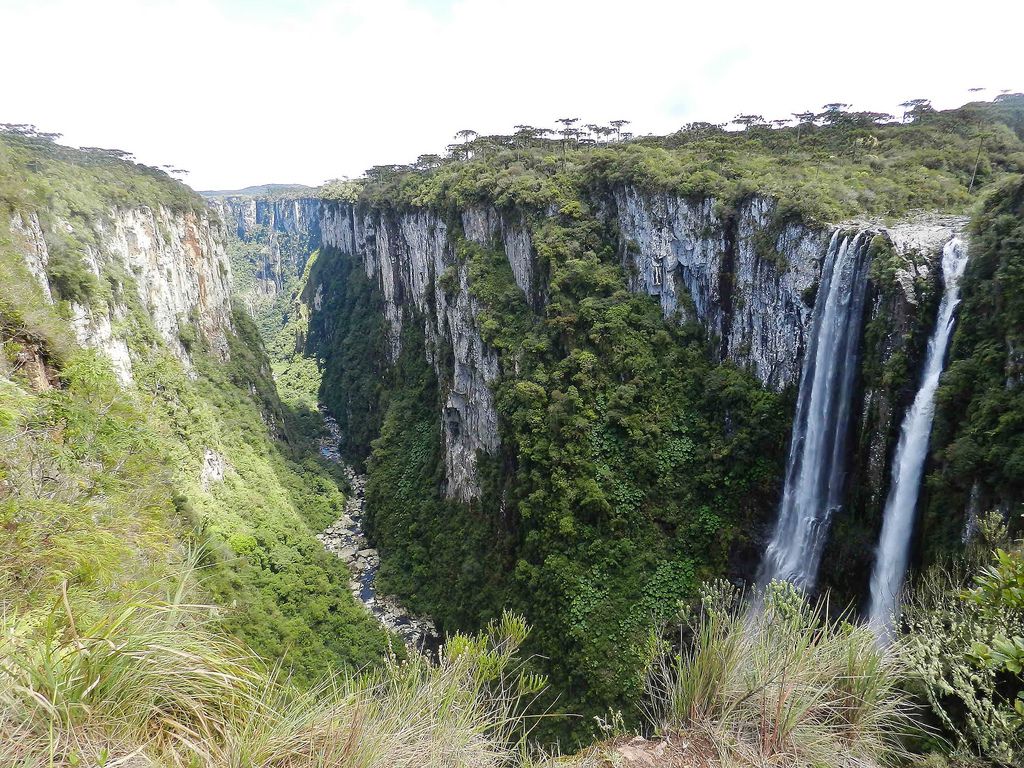 Climate and vegetation
Aparados da Serra National Park is located in temperate regions, with moderate temperatures and well-known seasons. However, due to its proximity to marine formations, it is affected by the subtropical climate. There are abundant and well distributed rains throughout the year, reaching about 1500-1750 mm / year in the plains, and 1750-2250 mm / year in the plateau. January is the hottest month, when the average temperature around 20 to 22 ° C. A very important climate feature is when frost falls during at least one year of snow in the plateau area.
The park is entirely located within the biome of the Atlantic Forest and is part of the wet Araucaria for ecological forests. The garden stretches from low-lying mountain forests of rain, the Atlantic mountain rainforest, mountainous hills of Araucaria wet forests and cloud forests, pastures without trees or shrubs and grass plants on thin soil with rock formations, peat bogs, and hobby vegetation.
Plants and animals
Despite the relatively small size of the park, it is a park characterized by rich biological diversity due to its location between coastal forests, pastures and wet forests of Araucaria. There are at least 143 birds, 48 ​​mammals and 39 amphibians in the garden.
The park includes endangered animals on the park plateaux of a red parrot, a custom wolf, and a cougar. On the slopes there are: wild cat, brown brown wail. 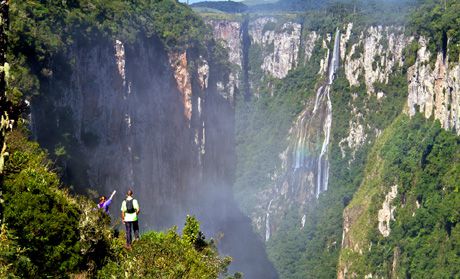 Get there
There are four ways to get to the Abarados da Serra National Park. The first road is through the city of Porto Alegre (the capital of the state of Rio Grande do Sul) through the RS-020 motorway, through Taguara and São Francisco de Paula to Campara do Sul. This road is about 182 km of paved roads. From this point, there are about 17 kilometers of unpaved roads to the main entrance gate and visitor center. ”
The second option is to travel through the tourist cities of Gramado and Canela. This option adds about 58 km.
The third option is most suitable for arrivals either from the beach or in the north, from the BR-101. From the BR-101 road near Torres, which is an additional 19 km on the unpaved road, it rises to the Fashion Ridge, until you reach the front entrance from the visitor center.
The fourth option is to Serra do Rio de Rastro, from Praia Grande – Santa Catarina. There is no regular public transportation to the park. 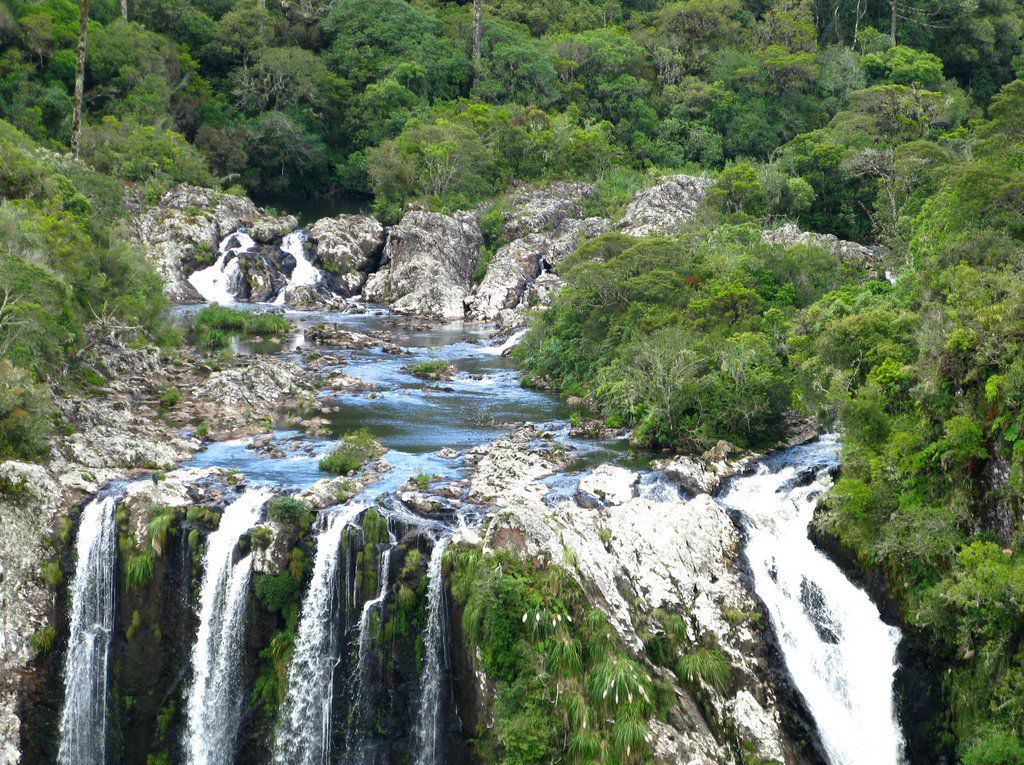 Preservation and threats
When the Abarados da Serra National Park was established in 1959, it was on an area of ​​13,000 hectares. This area was reduced to 10,250 hectares in 1972 by presidential decree. In 1992 the adjacent Girral National Park was established, and it includes an additional 17,300 hectares. However, according to the Duke University Center for Tropical Conservation, it is located on the current park area, even after an extension with the Serra Park Girral National Park, which is still too small to be effective for protecting representative samples from each distinct environment.
One of the main obstacles to conservation efforts is that the state only owns 67.5% of the land, and the rest is in the interest of the farmers. It is built on the other side of livestock, while fire is used to “replenish” pastures, establish banana plantations with pesticide-related uses and the presence of local animals, all contributing to environmental degradation.
Currently, a maximum of 1500 visitors per day are not permitted in the park. 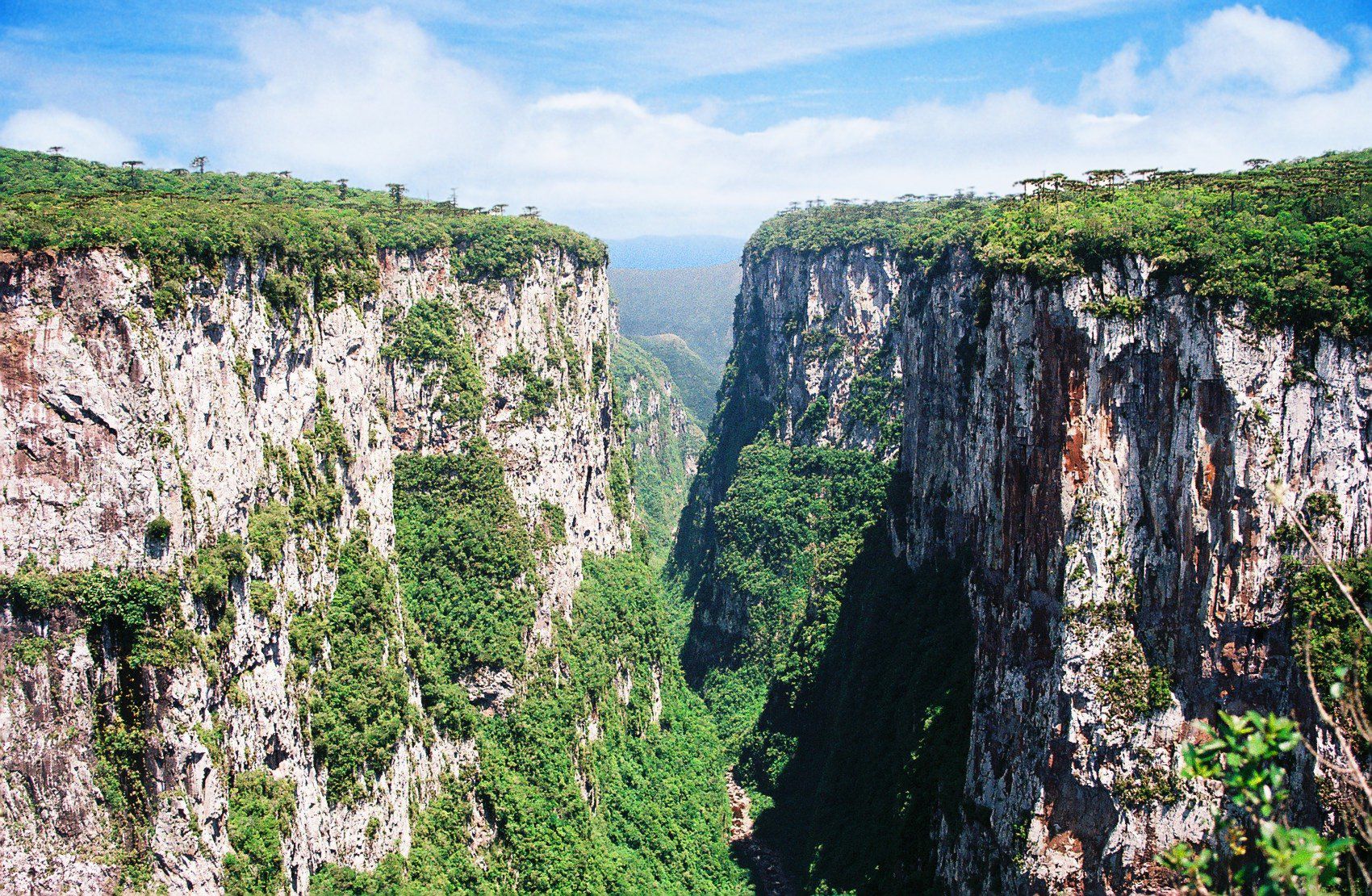