Cyprus is an ideal tourist destination throughout the year

Everyone is searching for a unique destination that provides fun times for all family members with the approaching summer vacation season, and no two disagree on the distinctive tourism components that Cyprus possesses, as the popularity of this Mediterranean island has increased at an accelerated pace, becoming one of the favorite family destinations for visitors. 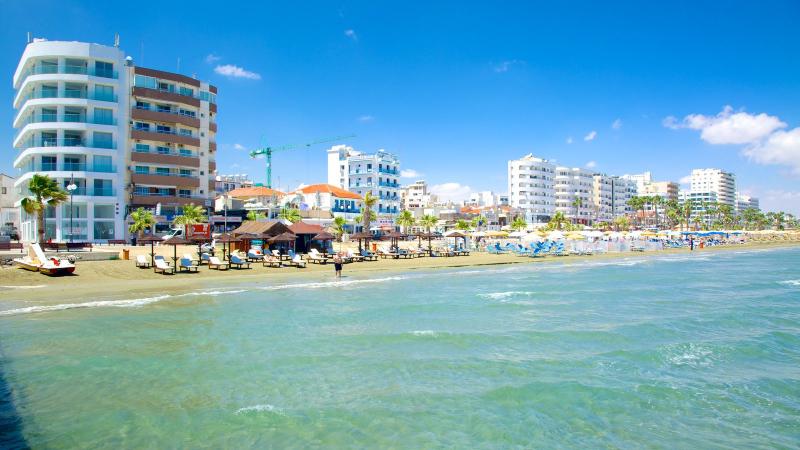 The port city of Larnaca forms the port from which every interesting Cypriot adventure begins. This city has risen from the ruins of the ancient town of Kition, which dates back to the thirteenth century BC, and is the birthplace of the famous philosopher Zenon Stoic.
Larnaca embraces many five-star facilities, which will meet the expectations of tourists, lovers of luxury, as it includes many other tourist destinations, such as the waterfront decorated with palm trees, and great historical sites such as St. Lazarus Church, Larnaca Castle and Camaris Arches.
As for the real treasure of the city, it is represented in the “Umm Haram” mosque (Larnaca Great Mosque), which sits on the shores of the salt lake of Larnaka. It was built in the eighteenth century in honor of the mother of Umm Haram bint Malhan, the woman who was caring for the Prophet (PBUH) as one of her children.
Paphos 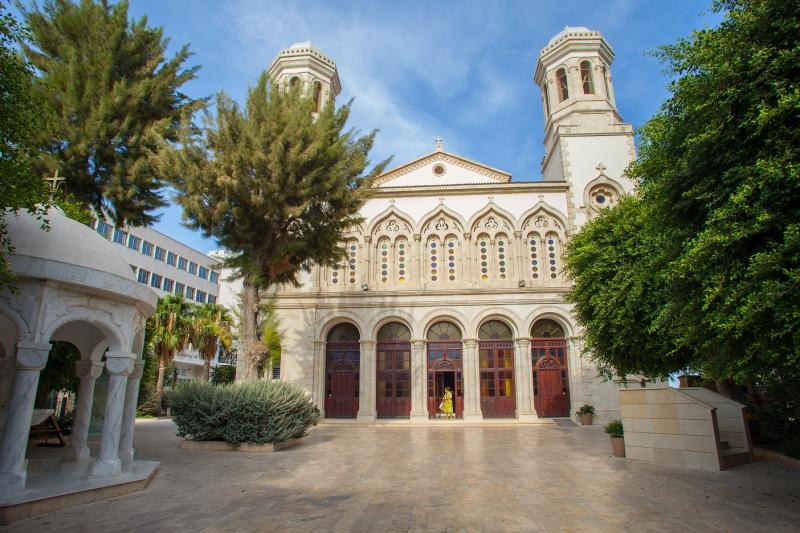 Paphos, 1.5 hours’ drive from Larnaca, is said to be the birthplace of Aphrodite, the legend of love and beauty for the Greeks. The town holds a prominent international fame, it is listed on the UNESCO World Heritage List, and was chosen as the capital of European culture in 2017.
In Paphos, visitors can commemorate Aphrodite at the “Petra to Romeo” rock that witnessed its birth according to legend, which sits on top of a marine hill to allow tourists a breathtaking view at sunset over the clear blue waters.
Swimming enthusiasts also have a stake in this charming town, where they can head to Coral Bay, the sandy beach with all facilities ranging from parasols and recreational chairs to restaurants, cafes and water sports, to provide a fun experience for all members of the family throughout the afternoon.
The journey continues in this amazing town to reach its new stop, the ancient archaeological park of Paphos. This majestic site witnessed the discovery of four Roman villages with their mosaic floors still in great shape, along with the ancient underground burial chambers, known as the “Tombs of the Kings”, which are carved from harsh rocks and include Doric columns and walls decorated with fresco paintings.

Limassol
At the end of this trip, the tourist program returns with the visitors to the coast again, but this time to Limassol. This city, which is the second largest city in Cyprus, embraces a group of the best beaches on the island level, and is characterized by its vibrant atmosphere and fun-filled nightlife.
It also includes many historical sites that attract visitors, such as the ancient city of Korion, which borders its borders, and which feature amazing mosaic paintings that make visiting this city an unforgettable experience.
Platres 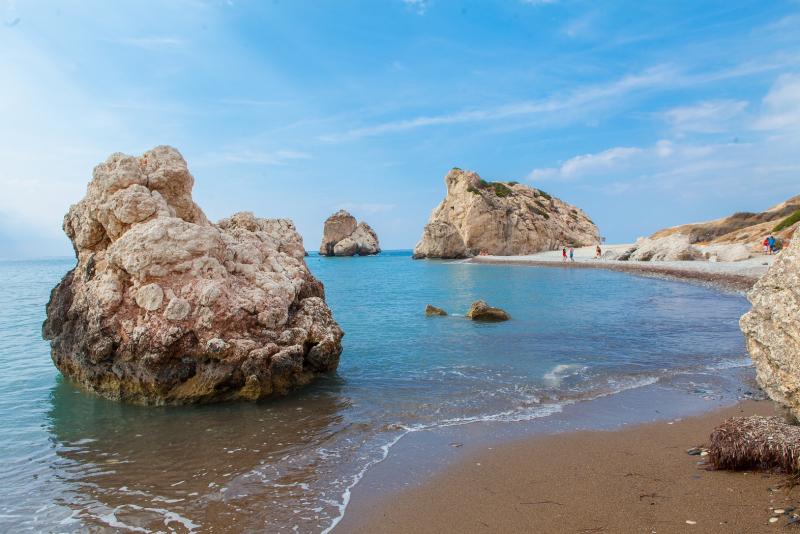 Platres, one of the tallest villages on the Troodos Mountains, offers an opportunity to change seascapes and move to a mountainous one with stunning terrain.
On the way to this village, visitors will pass through a group of charming villages teeming with houses with red roofs that sit on the mountainous slopes, and inhabited by good people who welcome visitors with kindness and welcome.
One of these villages is called Omodos, and it is the ideal station to get to know the people of the region and relish the taste of the Cypriot cuisine, which carries touches of Greek, Mediterranean and Middle Eastern cuisine, so the menu will include many dishes familiar to visitors from the Arabian Gulf, such as halloumi cheese, stuffed grape leaves and the kibbeh .
But there is no need to worry about calories over lunch, as they will be able to get rid of them upon arrival in Platres, the ideal destination to embrace the green nature, specifically on the Caledonia path, which leads them to the highest waterfall in Cyprus, which in turn is the ideal location for taking souvenir photos Awe-inspiring.

Tourist places in Jeddah for you and your family