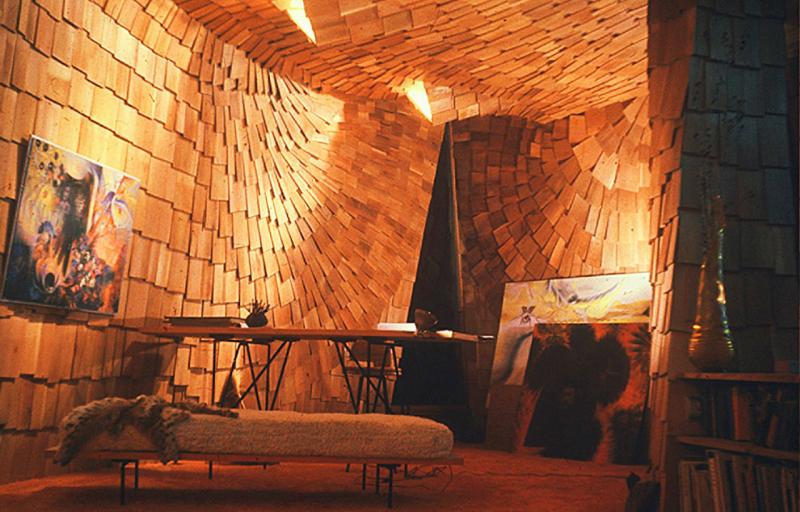 The wooden cottage is remodeling the primitive creature or natural shelter, and it looks different from every angle to its asymmetric shape, to emerge as a future being or a place of disappearance in order to prevent natural disasters. The two-bedroom house has an animal-like shape, which is large in size but does not have high ceilings. In addition to being covered with overlapping rice plates covered with feathers.

Al-Hayat magazine called it “Prairie Chicken House”, while others described it as “shaggy buffalo” and “strange bird”. Its twisted shape gives the appearance of a prairie dwelling that is centuries old. The building is located in the prairie lands, four miles from the city of Norman, and can be rented at about 1,443 pounds a week on hotel reservation sites. 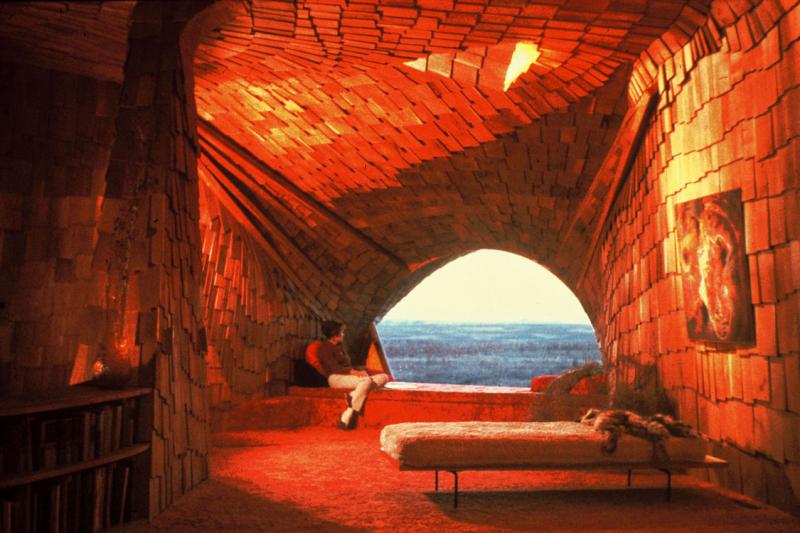 It is accessed via a slope from one of the sides surrounding the house, which takes the form of a fish with a wide opening in the front and a narrow background. It has been designed like this to help reduce the impact of the harsh western winds and to enjoy breathtaking sunsets. The Al Barari Manzil Hotel is distributed on three floors covered with cedar wood, and is lit naturally and artificially, and a thin metal staircase on the first floor leads to a rough hole in the floor of the living room on the upper floor, which is the source of light entering the bottom of the house. 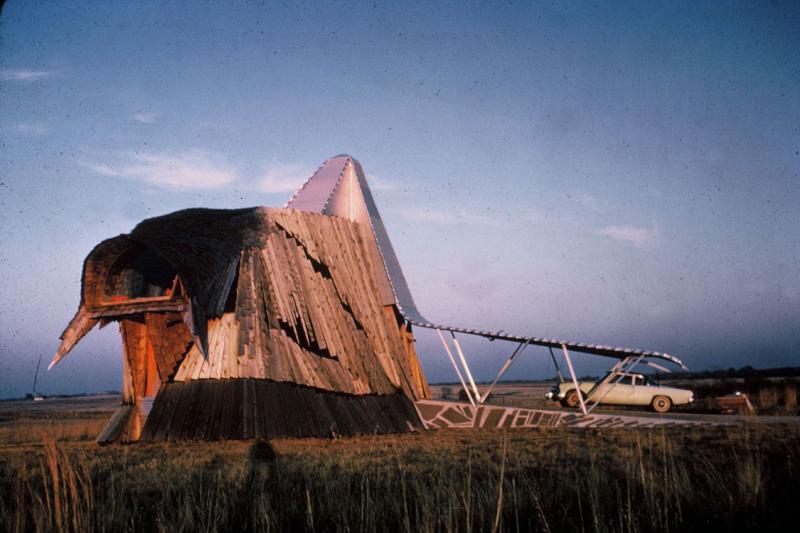 A magnificent 1960s legend, this magnificent home is inspired by the stunning landscape of prairie in Oklahoma, USA. Designed with wood carving, it was built in 1961 with low-cost materials by the company Herb Greene, influenced by the style of organic architecture, a term coined by Frank Lloyd to describe the structures that embody its surroundings.

A trip to the Swiss Waterbronen

Shada Mountain stands in front of everyone with astonishment