Leave your car behind and prepare for a different adventure in the Dutch village of Giethoorn, the little paradise of Europe.

This picturesque village differs from any village you have visited before, its streets are filled with water in the form of canals surrounding the entire village.

In the region of Overijssel, specifically in the municipality of Steinwick, this small paradise nicknamed the Netherlands or Venice is located in northern Europe, because its streets are full of water.

The village was exposed to a massive flood at the beginning of the eleventh century, which led to its complete coverage with water and the death of all livestock, so that the heads of cattle floated on the water and their horns became prominent.

In the twelfth century, the village was settled by a group of immigrants from Central Europe, and the village was transformed into an attractive and different town with a different means of movement and enchanting landscapes.

The village is completely calm for tourists looking for tranquility and romance, as it uses the only means of transportation which is boats powered by a silent electric motor in order not to disturb the calm of the village.

It is also possible to move within the village by walking or on bicycles using bridges distributed throughout the village, and the number is 180 bridges.

The water is one meter deep, which makes it less dangerous than the water in Venice, and tourists in Giethoorn get a boat tour that is rented at the entrance to the village.

After arriving at Gethorne, the tourists leave the cars they arrived at at the entrance to the village, and they start a different journey using boats called whisper boats because they use silent engines and work to charge electricity so that the village’s water is not contaminated with fuel.

In the village, visitors enjoy a tour of nature fun, where Gethorne is covered with greenery that mimics fairy tales in its beauty.

The village houses have a unified design with thatched roofs, all of which are of low altitude and they are built in the style of the eighteenth century, which makes the visitor feel that he is in a historical movie or a fairy tale.

The villagers are keen to beautify the space in front of their homes by coordinating them and planting roses, which makes the village enjoy a great beauty, as well as calm and order and preserve the environment.

Visitors to the village enjoy time eating and hot coffee in the many cafes and restaurants distributed throughout the village while watching a panoramic view of the picturesque village.

Hotels in Giethoorn are numbered, so it is preferable to book early before traveling, but in the absence of hotel rooms the houses and boats are rented there at prices that vary according to how luxurious the place is, and nearly 300,000 tourists flock to the village every month. 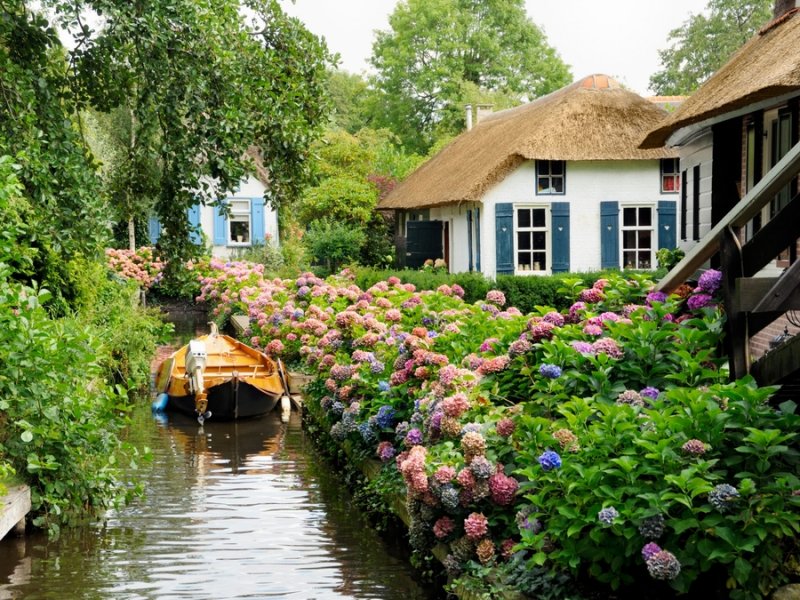 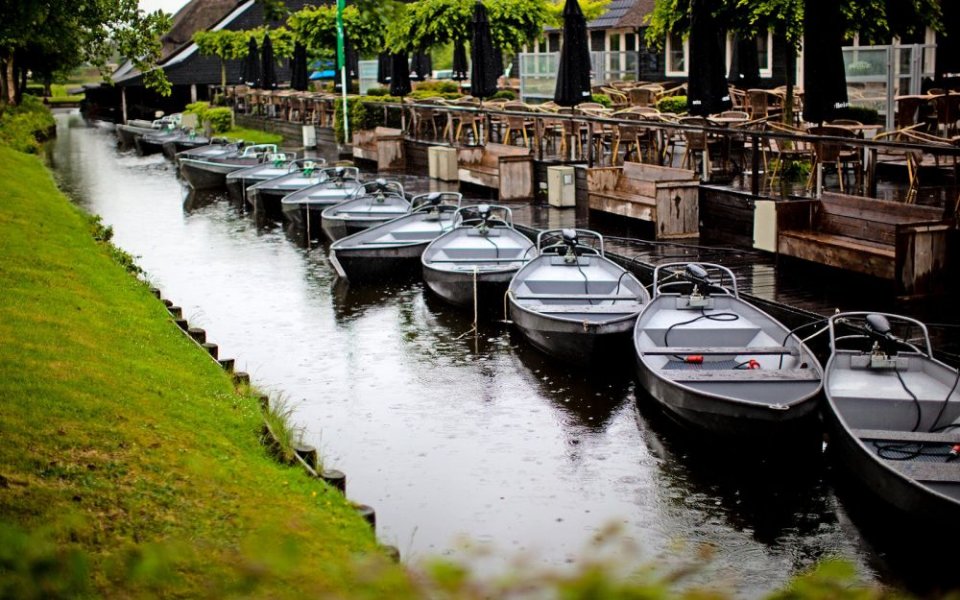 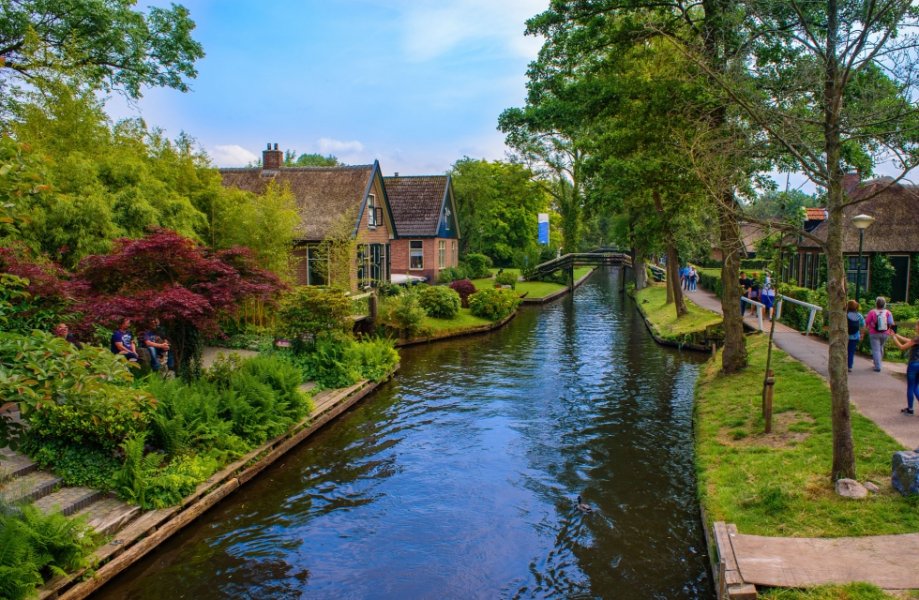 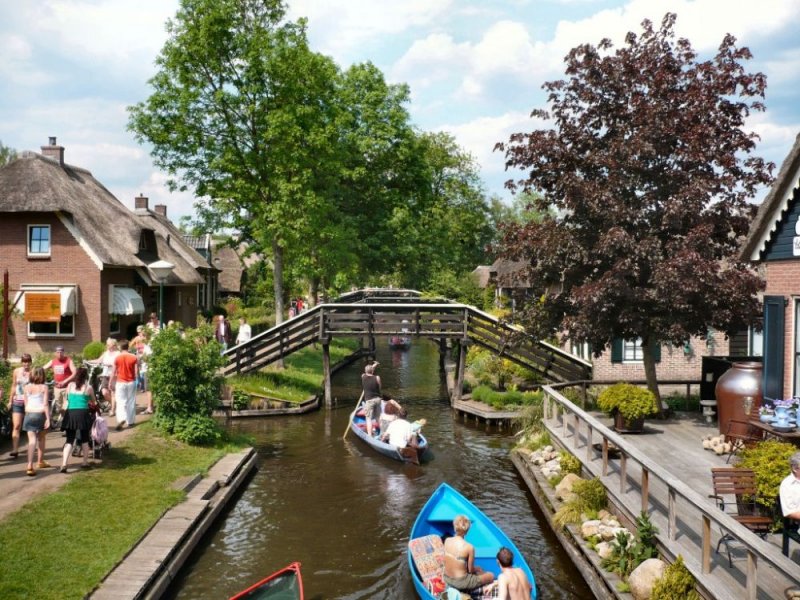 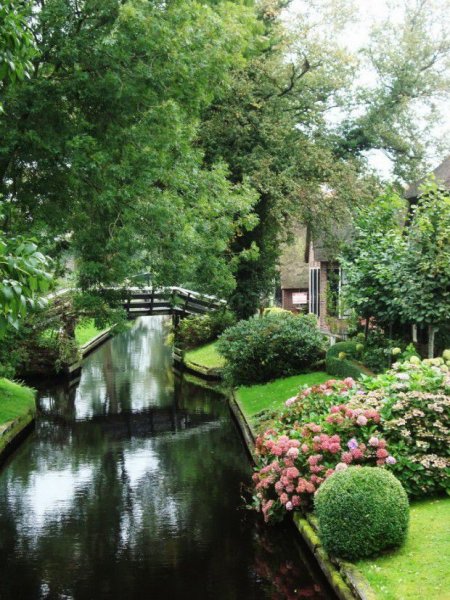 The charming nature of Giethoorn 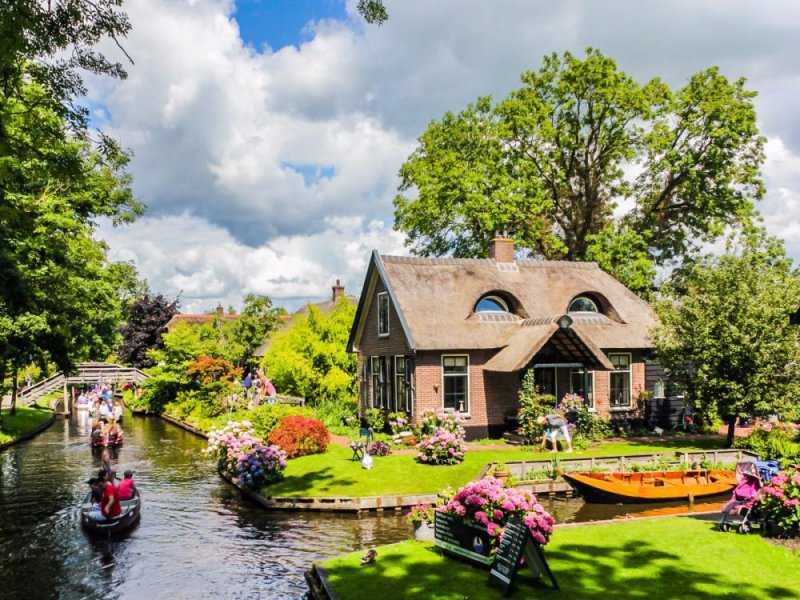 Getting around in Giethoorn

Parks and nature reserves that you should visit