Family parks in Jordan, and Jordan is filled with many archaeological sites and wonderful places that attract families in order to go to them on recreational trips, and most of these sites are distinguished by their comfortable family atmosphere and natural beauty

The Jordanian city of Petra .. Family parks in Jordan Jordan is one of the most beautiful tourist places in Jordan and one of the most beautiful family parks in Jordan due to its historical and cultural differences, along with distinctive facilities that give an atmosphere of happiness to the trip. And the city of Petra was included as one of the The Seven Wonders of the World, and the city of Petra contains many archaeological sites and beautiful scenery, including the ruins of Petra, the Siq, the Treasury, the Monastery, the Nabataean Amphitheater, the altar, the court, in addition to the Great Temple, and the Baptist Street.

Dead Sea .. Family parks in Jordan Jordan This site is rare and distinct from other sites, not only at the level of Jordan only, but on the entire world, it allows the visitor to enjoy and entertain and spend quality time with the family, in addition to medical tourism, where it is characterized by its healing potency that Many visitors and tourists accept it. The Dead Sea includes many water resorts that give visitors sophisticated rooms equipped with a flat-screen TV and ironing service, and a bathroom that has a hair dryer inside, along with recreational services provided to families, the most important of which is a children’s pool, a playground and the provision of care and activities for children, and there are restaurants Offers the most delicious and varied cuisine.

The Jordanian city of Aqaba enjoys a moderate atmosphere, and the prices of housing, restaurants, and appropriate commercial shops in it, which allow the family to spend a nice and beautiful time with the family, and therefore it is considered one of the best family parks in Jordan. Aqaba is the only marine outlet for Jordan, which pushed to attract tourism investments, as it is located Its most important marine resorts in the southern side. Diving is one of the enjoyable water activities practiced by visitors to see the various types of fish, algae and coral reefs, and it is possible to take a walk through a water bike ride to see Aqaba, and parachute flight.

Jerash monuments .. Family parks in Jordan Jordan This city is one of the historical open museums, which is well suited to family picnics, it is an ancient city that includes many facilities and services. The city is considered one of the ancient and ancient Roman cities, which includes many archaeological sites, including the symposium , The Columns Street, which contains about a thousand columns, the Temple of Artemis, and the Hamidi Mosque. 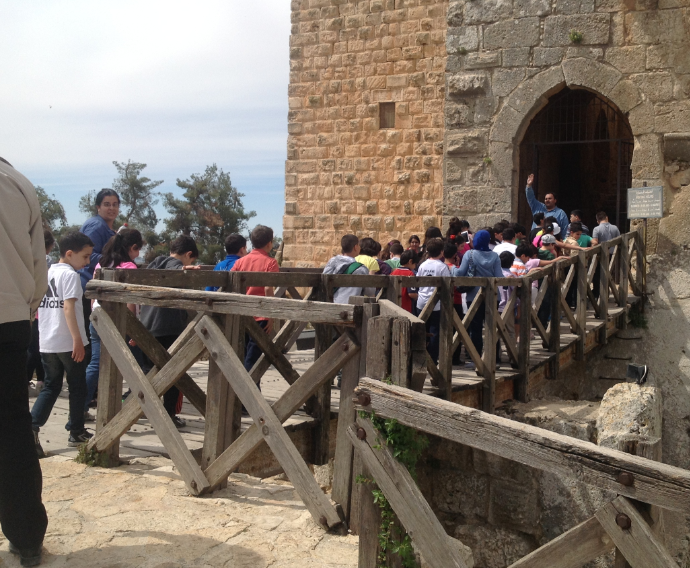 Ajloun Castle and Ajloun Forests .. Family parks in Jordan Jordan Ajloun is characterized by the beautiful picturesque environment that is covered with green trees, and contains many other archaeological sites, including Ajloun Castle which was created by Salahuddin Al Ayyubi to confront the Crusaders. The castle consists of a group of levels and includes special facilities, Besides the presence of a museum that offers important tools that are used in the era of Salah al-Din. Arches were also used extensively inside the castle as a sign of Islamic architecture, so Ajloun is considered one of the best family parks in Jordan, especially in the summer, due to the mild weather.

Bathrooms are therapeutic water springs with high temperature, they contain many facilities that suit families and tourists, and a beautiful environment, in addition to providing physical therapy centers. 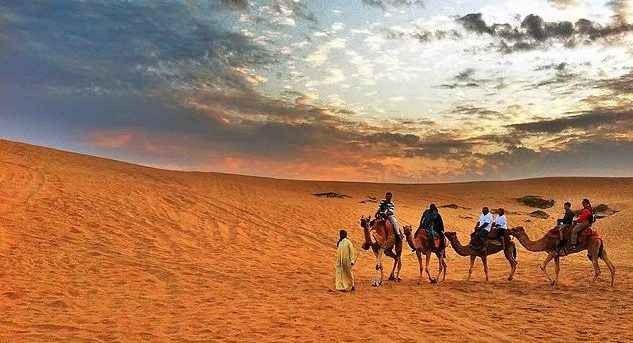 Wadi Rum .. Family parks in Jordan Jordan The valley is also called the Valley of the Moon, and it is one of the beautiful natural places in Jordan, where many group trips are held, and therefore it is considered one of the best family parks in Jordan. To enjoy and see the beautiful scenery during sunset and sunrise periods, in Wadi Rum, many activities can be practiced, including tours on horseback or through the use of four-wheel drive cars, along with mountain climbing.

Jabal Al-Qalaa is known as one of the ancient and wonderful sites of Amman, which includes an authentic and rich history, as well as it contains many facilities that provide distinguished services for tourists and families.

It is located on the airport road, and it is a vast green area that contains sites for sitting and barbecue, as well as providing some other services. 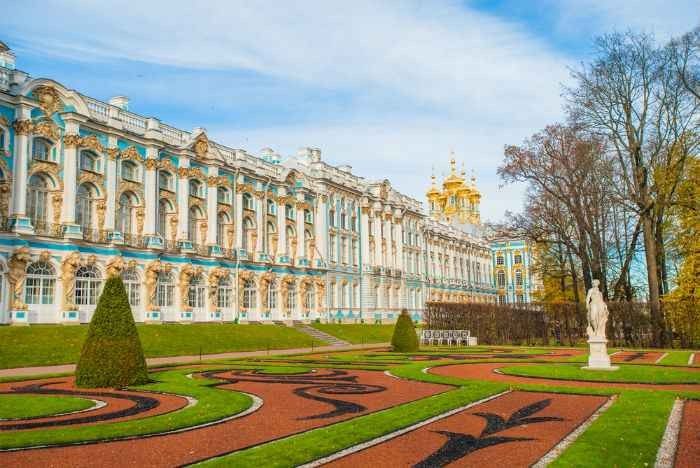 Al-Hussein Gardens .. Family parks in Jordan, Jordan. Family sessions are available, which makes it a suitable place for hiking and entertainment. Children can also practice a range of activities, and some scientific museums, as well as providing activities for all family members. There is a Children’s Museum in Al-Hussein Gardens in Amman, which is located soon From Al-Hussein Medical City, this museum also combines entertainment and learning for children, as it periodically holds many events in all various fields, including science, history, art, arithmetic, and others, and this museum provides children with the opportunity to integrate into all different activities. 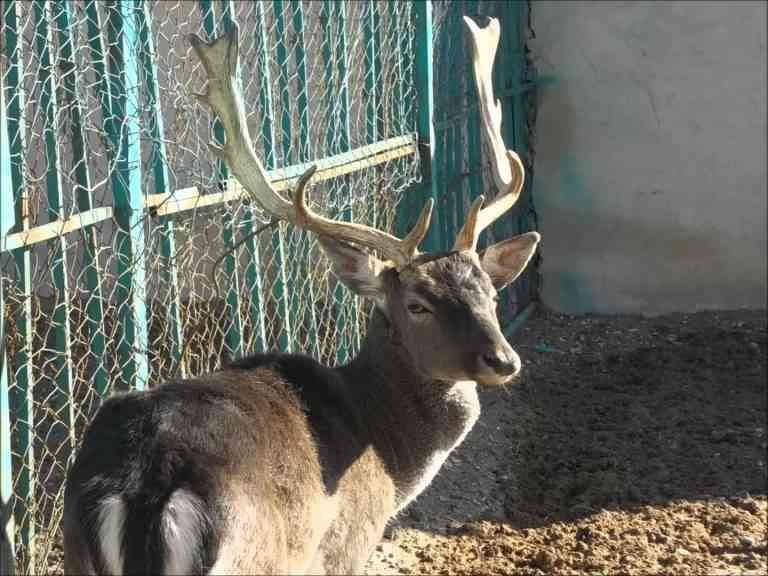 Jordan Zoo .. Family parks in Jordan contain many animals, including lions, bears, leopards, monkeys and many types of birds, and children can spend a fun and entertaining time, as it also includes many games that suit children and adults alike .

It is located on the airport road, and it contains most of the water games, swimming pools, and many other facilities.

It is called Tafila, and it is a water springs with a high temperature and rich in mineral substances, and is also a suitable place for recreation and treatment. 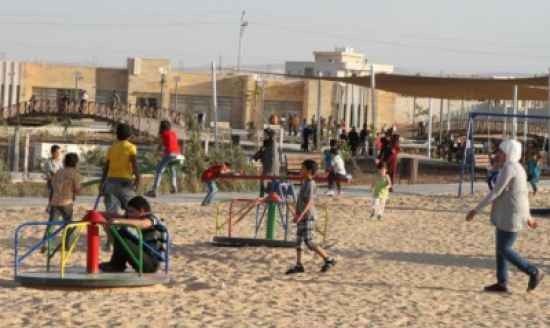 King Abdullah II Park .. Family parks in Jordan Jordan This park is located in the city of Irbid towards the eastern direction of the city and it is one of the modern and developed gardens in Jordan and the most unique and different. The park includes many facilities that are devoted to children, including huge spaces for free games safe for children Including football and basketball courts suitable for children and adults, but not for free, but rather for a fee. The park is located with a free bird garden that includes a large number of birds such as parrots, peacocks, ducks and geese, which makes them unique from other public parks.

It is one of the private resorts in the capital, Amman, and it is located on the airport road. This resort also provides swimming pools and some water games suitable for children and adults alike, as well as restaurants and cafes that provide distinguished services for visitors and tourists.

From open beaches to the public, families can have fun and special time in the fresh water and stroll on the beach. Boating, skydiving and water skiing are also possible. 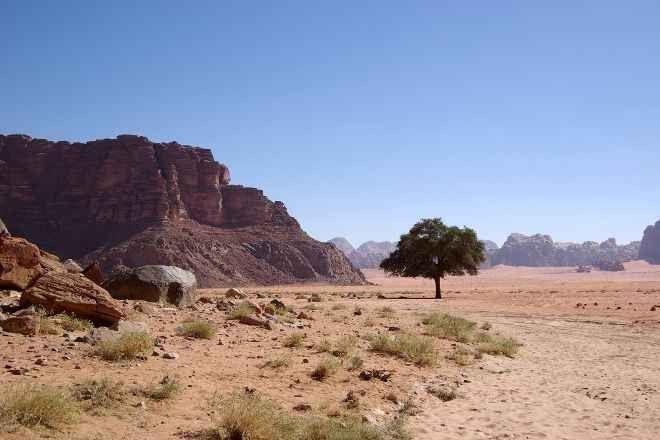 The Lawrence Spring .. Family parks in Jordan Jordan The Lawrence Spring is one of the family parks in Jordan, where it is located in the charming valley of the moon, and he called this name to the Lawrence of Arabia ratio that he spoke about the oasis in his book. It is considered an oasis of running water, which flows into that The springs create an atmosphere of pleasure, recreation and happiness where you can swim or see the beautiful scenery.