Find out the top destinations in Kuala Lumpur, Malaysia 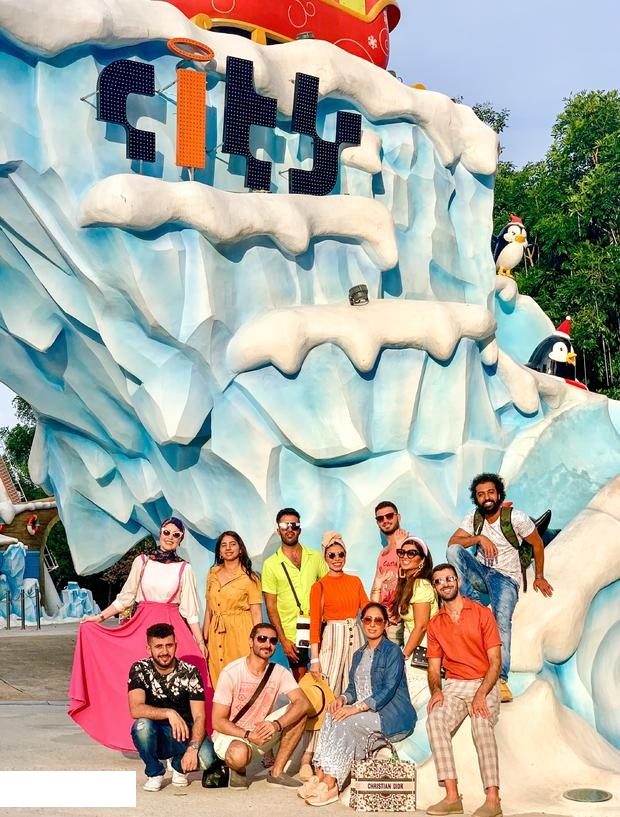 The Malaysian Tourism Authority has invited an “tourist” team to visit the most important tourist attractions in the Malaysian capital, Kuala Lumpur, accompanied by a group of Arab artists and bloggers, including Bahraini actress Amira Mohammed, Kuwaiti artist Mohammed Safar and Emirati artist Amal Mohammed.

And in celebration of the first flight launched by “Air Arabia” directly from Sharjah Airport to Kuala Lumpur Airport, making it the first and largest economic carrier in the MENA region to undertake such a trip.

The plane landed on its inaugural flight to Malaysia at Kuala Lumpur Airport on 172019 after it lasted seven hours, and we received the Malaysian Tourism Authority staff at the airport with a smile that did not leave their faces throughout our stay there. 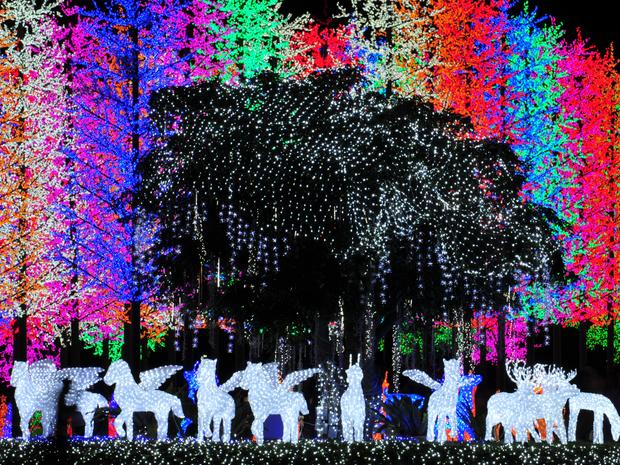 It was a stay in one of the most authentic hotels in Malaysia, how it is and it is the hotel that is considered the title of Malaysian hospitality! It is the Shangri-La Hotel, Kuala Lumpur.
We enjoyed staying there not only because of the distinguished service, but also with the unique facilities dedicated to Arab guests, from halal food and Arabic ambiance par excellence. We also drew attention to the many facilities provided by the hotel for families, as well as activities that all members of the family can enjoy, such as feeding golden fish in the hotel’s green garden and barbecues in the Arab way. 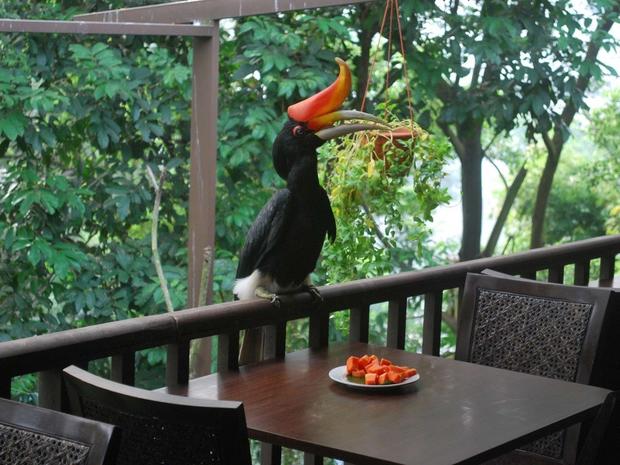 On the first day, we drove towards the Bird Garden, looking out for the amazing, exotic varieties of Malaysia. As this garden is home to more than 3000 birds belonging to nearly 200 species of various types of domestic and foreign birds. Perhaps the most important thing that distinguishes this garden from the bird gardens below it is the embrace of the concept of free flying, where birds are raised in the huge garden within large areas, so the garden looks more like private reserves. 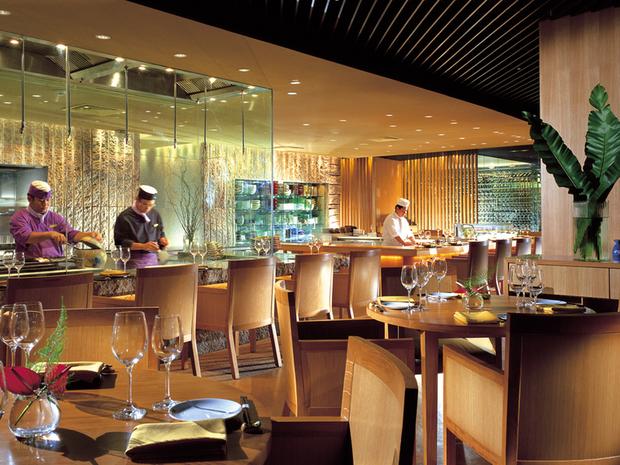 I City is located in the city of Shah Alam, the capital of the state of Selangor Malaysia, known as the city of digital lights or the city of light because it contains modern facades of buildings with LED technology and many tourist facades that decorate the place and rely on optical elements that capture the eyes.
The Malaysian Tourism Authority team also brought us to the Wax Museum, which contains wax artwork embodying world famous figures from the world of politics and art.
Our trip there ended with a sumptuous dinner at the Westin brought to us by the traditional Malaysian chef.

And this is what travel blogger Nael Al-Teen said @nael_abu_alteen: I City has impressed us with its bright facades and very entertaining activities. I advise those wishing to visit Kuala Lumpur to look for the most suitable tourist destinations that they can find easily on the authority’s official website.

A cruise on Lake Putrajaya
After that we headed to Lake Putrajaya, which is located in the heart of the administrative city, where we enjoyed a comfortable cruise in this picturesque lake, which is overlooked by a group of tourist attractions such as Putrajaya Mosque, Putrajaya Bridge and many administrative government buildings
The trip was very comfortable, as we moved an air-conditioned boat for 76 people, with large glass windows, ensuring a clear view of all the landmarks of the place.

Fashion blog Menna Al-Sunni @menna_el_sonny said: I enjoyed my time on the Putrajaya cruise, as the scenes were wonderful and picturesque for taking pictures. I advise girls wanting to visit Malaysia to diversify their clothes because the activities and places there are so varied. 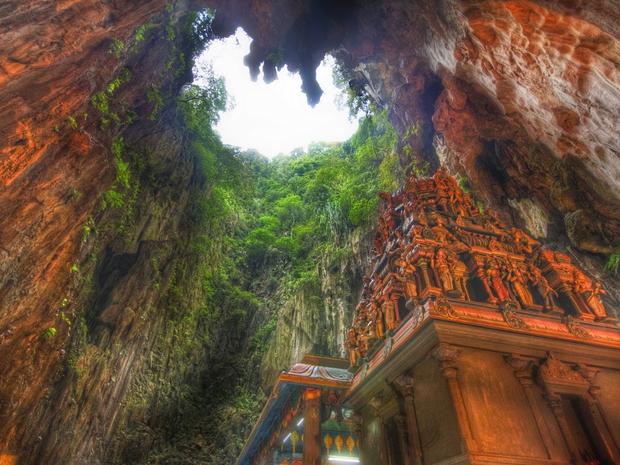 Perhaps the most places we felt overjoyed were the Batu Caves, which is one of the famous and distinctive tourist attractions in Selangor State, as it is a site of the Hindu temple and shrine, as it attracts thousands of worshipers and tourists, especially at the time of the annual Hindu festival known as “Theibusam”.
The prominent Batu limestone caves north of Kuala Lumpur include three major caves, which include Hindu temples and shrines.
The colossal Hindu deity statue at the entrance is the main attraction of these caves.
Reaching the cave required us to climb the tall ladder leading to the caves, which number 272 degrees, you can see a magical skyline of the city center. But the march toward the cave was very enjoyable with the hospitable monkeys that do not stop playing and having fun with the tourists in the hope of some food and fruit

This was a favorite destination of fashion blogger Rasha Al-Baik @ rasha_albeick, who said she enjoyed climbing stairs and quarrelsome monkeys, as well as her advice to veiled girls to adopt light, inexpensive clothes to spend their time there. 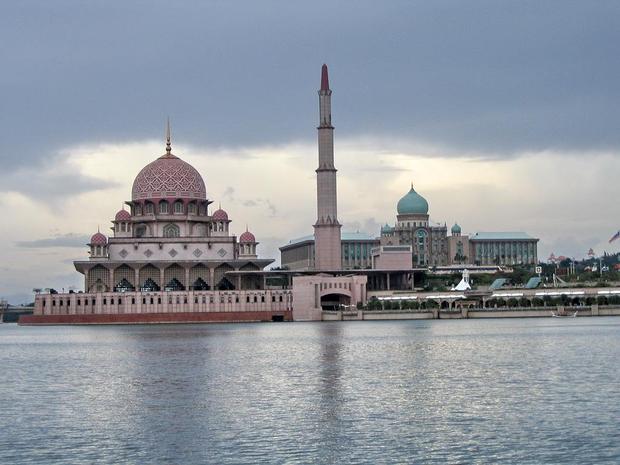 Excitement and fun in the water
One of the essentials on any trip to Kuala Lumpur is visiting the Sunway Lagoon Resort, a very popular gaming city in East Asia. It includes Water Of Africa, which is packed with water games for kids, waterfalls, water slides, artificial waves, artificial surfing and many more ..
It also includes an exciting game city Extreme Park where the experience of crossing the long suspension bridge and climbing and descending rope and rowing and shooting is one of the most beautiful activities that we have done here. Plus multiple options to suit the whole family.
Travel blogger Wael Al-Teen @waelalteen said: I enjoyed spending wonderful times in the amazing Sunway Resort, as the activities there varied, including what was interesting and what was strange! I would recommend a visitor to Malaysia to diversify his activities to include shopping in malls and traditional markets alike.

Food and Arabic food
It is worth noting that Malaysia is filled with Arab restaurants that offer oriental food with the same flavor and taste that the Arabs used to in their countries. The Hadramout restaurant was distinguished for its serving of the Arabian Peninsula, from Mandi, Madhbi, and other traditional foods in the Arab Gulf states and Yemen.

Sculptures dot the streets of Luxembourg and attract tourists