You will not find many people in the world who have not heard of the famous Taj Mahal Palace, which for many years has been a symbol of love and loyalty. There is the Taj Mahal Palace on the southern bank of the Yamuna River in the Indian city of Agra, which is one of the most famous tourist attractions in India and the Taj Mahal is famous for its wonderful architectural design And the floor is made of white marble, this palace was ordered to be built by the Mughal Emperor Shah Jahan in 1632 and was built as a mausoleum for his wife Mumtaz Mahal, who died in the prime of her youth and many stories and legends have talked about Shah Jahan’s love for his wife Mumtaz Mahal and the Taj Mahal has been a symbol of hundreds of years a symbol of this love , Crown building erupted More than 22 years with the help of 20 thousand construction workers.

The Angkor temples area is one of the most beautiful and most important archaeological sites in Southeast Asia and the most important are the Angkor Temples region in Siem Reap city in northern Cambodia This region contains a large number of temples in addition to a group of impressive archaeological water installations that include a group of basins, dams and reservoirs The canals, one of the most famous temples in Angkor is the Angkor Wat temple which is one of the largest religious installations in the world and is characterized by its impressive architectural design and it is believed that King Sarfarman II had built this temple at the beginning of the twelfth century.

It is one of the most famous ancient cities in the world and is located in the heart of the tropical forests between two mountains of the Andes mountain range in Peru at an altitude of 2.430 meters from the sea surface. It is believed that this city was shown in the fifteenth century and that who built it is the emperor of the Inca people, and this has remained The city is hidden from the eyes of everyone and nobody knows about it except the local residents until the famous American explorer Hiram Bingham and his team explored this city in 1911, as for why the name “Machu Picchu” was called on that ancient city that he built The Inca people are the locals who live near the city It is old and they are used to referring to the name “Machu Picchu” which means in the Incan language “the old mountain top”.

The Sagrada Familia Church (meaning the Holy Family Church in Spanish) is one of the most famous works of the famous Spanish architect Anthony Gaudi, which is a Roman Catholic church and is located in Barcelona in the Catalonia region in northeastern Spain, and construction of this church began in the year 1882, and this may seem strange, but this church, which is one of the largest and most beautiful churches in Europe, is still under construction until this moment and its construction has not yet been completed, and this church has been famous for being one of the works of Anthony Gaudi due to the great role he played during Completely try Construction.

It is also known as the Basilica of St. Peter’s or the Basilica of St. Peter’s the Papacy and is one of the most famous and most beautiful churches in the Vatican City. It was started in the fourth century AD and was completed in 1626 and it took nearly 150 years to build, these The church is the home of a group of the most beautiful and famous artworks, which include three of the most famous Italian artworks, which is the Bitta statue of the famous Italian artist and sculptor Michelangelo, the dome of the church, which is famous for its impressive design from the inside and is closer to a distinctive art mural which is also from Michelangelo, the bronze canopy In the church, which is located above the papal altar, at a height of 29 meters, it is a work of the famous Italian artist and sculptor Jean Lorenzo Bernini.

It is a huge federal prison which is one of the most famous prisons in the United States and the world and has in the past been a place of detention for the most dangerous and brutal criminals in the United States, the Alcatraz prison which is called “The Rock”, was built on a secluded island in San Francisco Bay in California state For many years, it remained a place for the detention of dangerous criminals until it was closed in 1963, after which Alcatraz became a popular tourist attraction in San Francisco, and it is possible to go to Alcatraz by water ferry and after booking a ticket to enter the place and it is advised to reserve the ticket at least a month before BP increased demand to visit Alcatraz.

Corcovado Mountain is located in the city of Rio de Janeiro in Brazil and is one of the most famous tourist attractions in the country and its height is 710 meters, so you can easily see the entire city of Rio de Janeiro from the top of this mountain, but this is not the reason behind the fame of Corcovado Mountain, the reason is the presence of a statue Redentor ”or“ Redeemer Christ ”on this mountain is a huge statue of 38 meters high and weighs 1145 tons and this statue can be seen from all over Rio de Janeiro, the easiest way to reach this statue is to take the famous red train that transports visitors to where the statue is He arrives at the station every 30 minutes to transport visitors To where the statue is located on a journey that takes about 20 minutes. 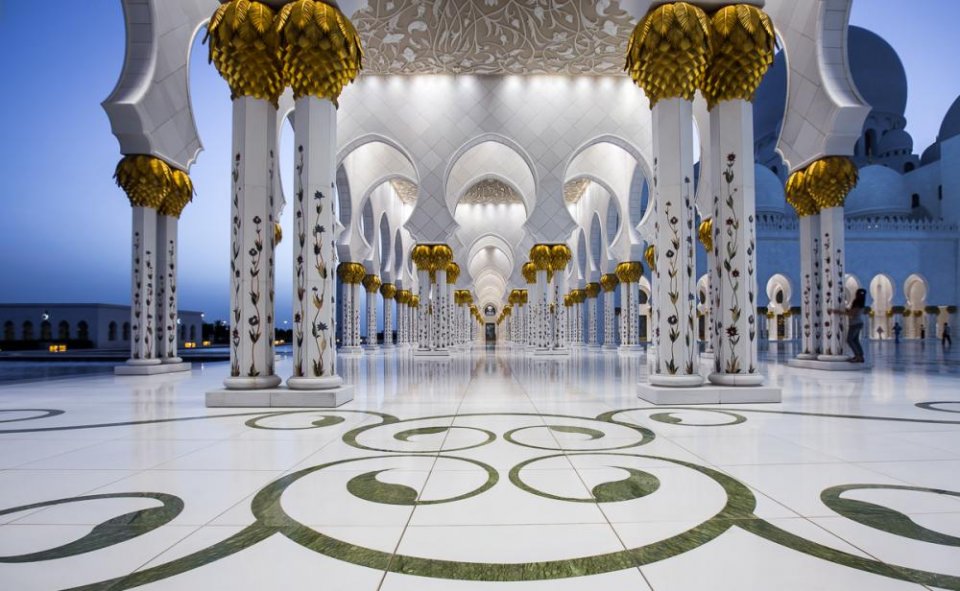 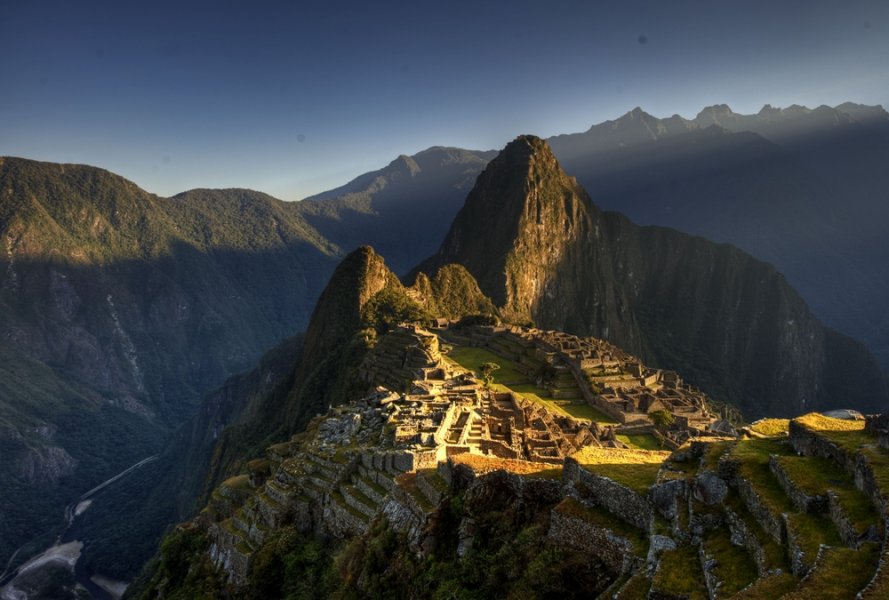 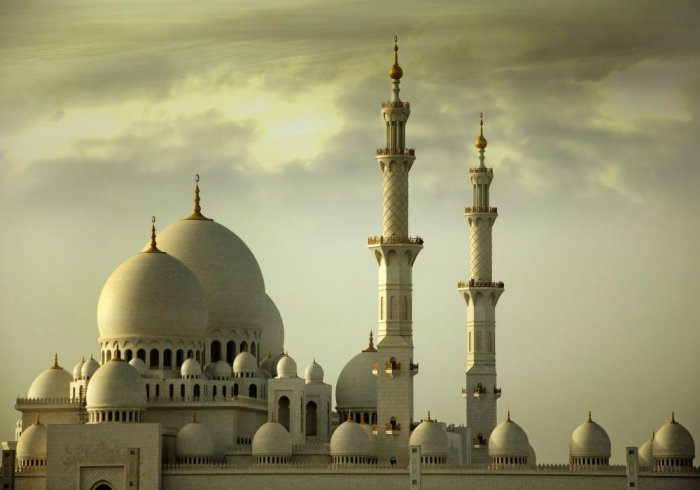 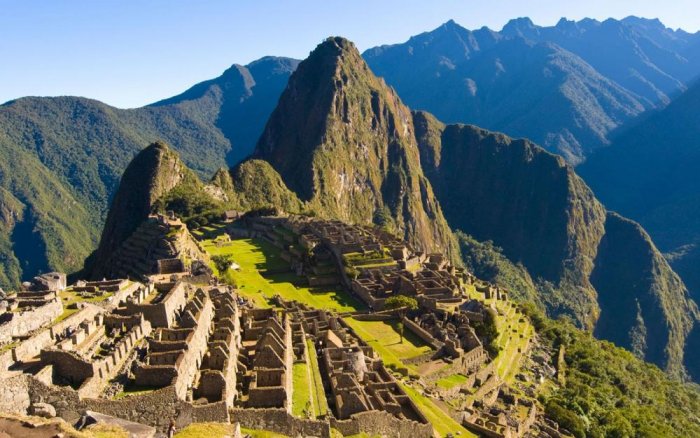 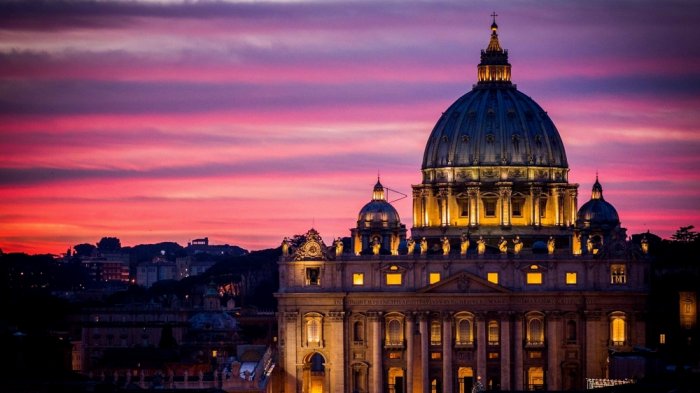 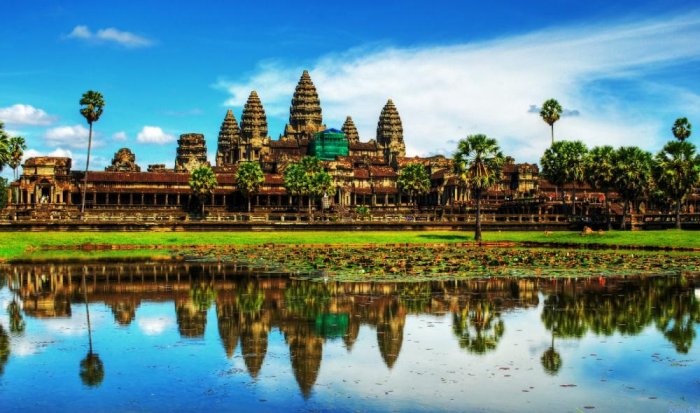 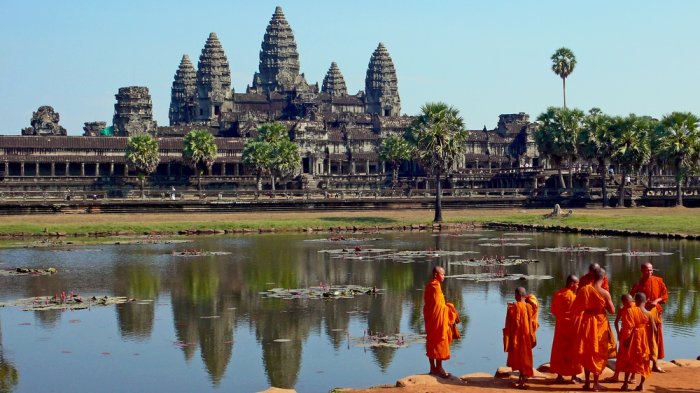 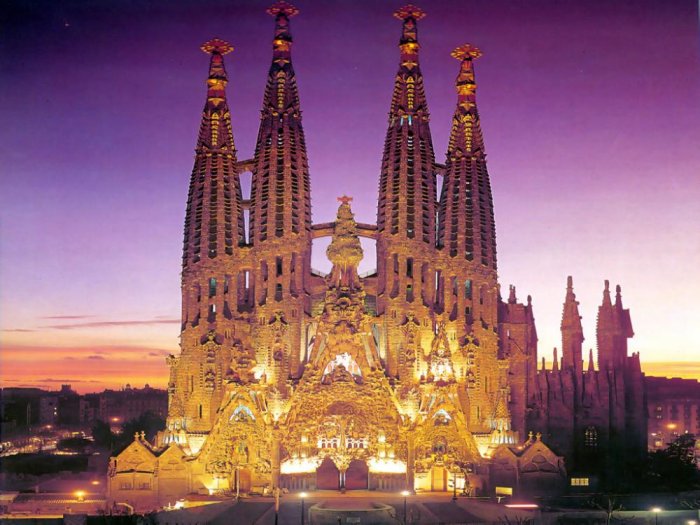 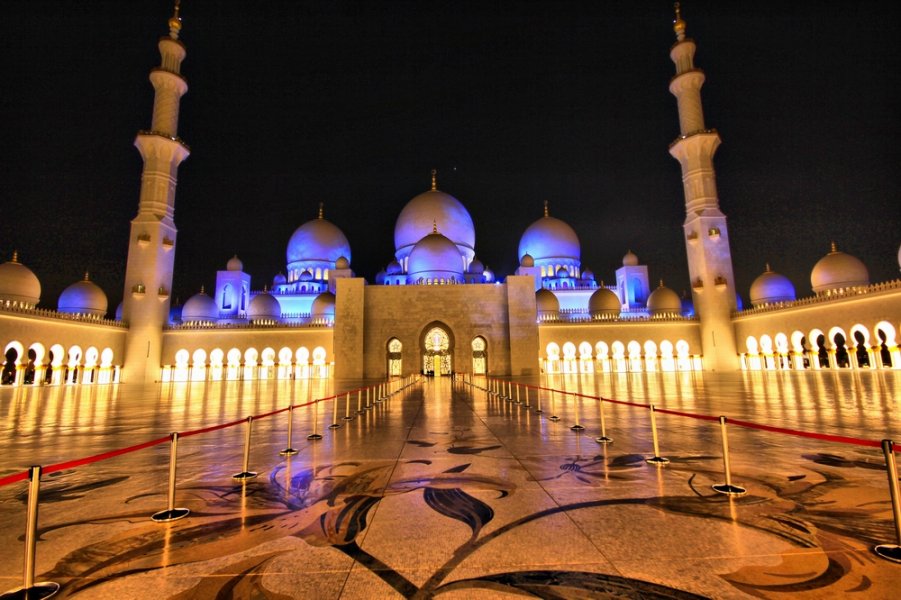 From inside the Great Mosque 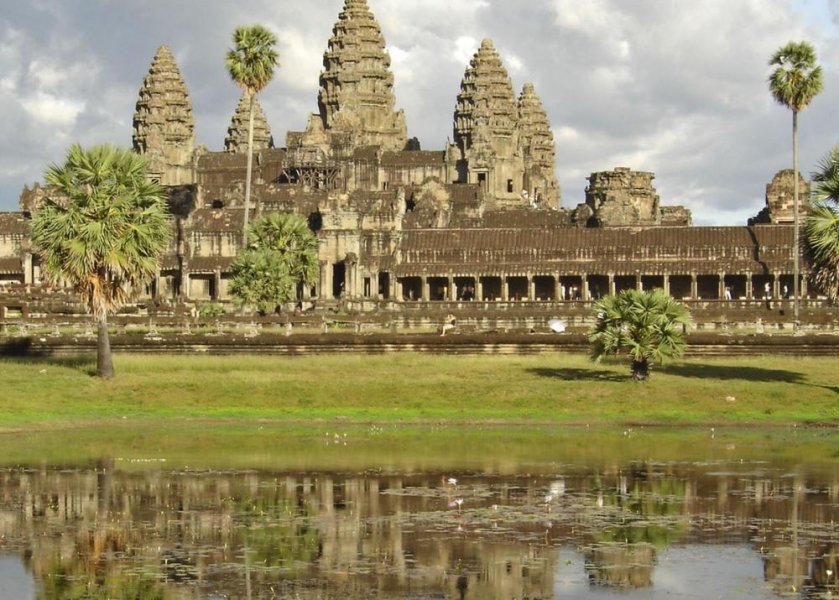 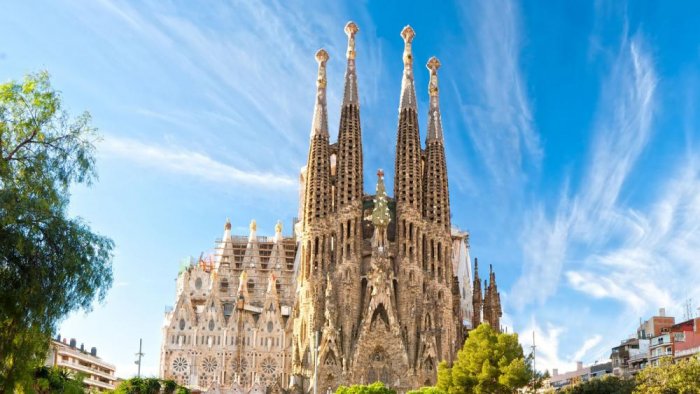 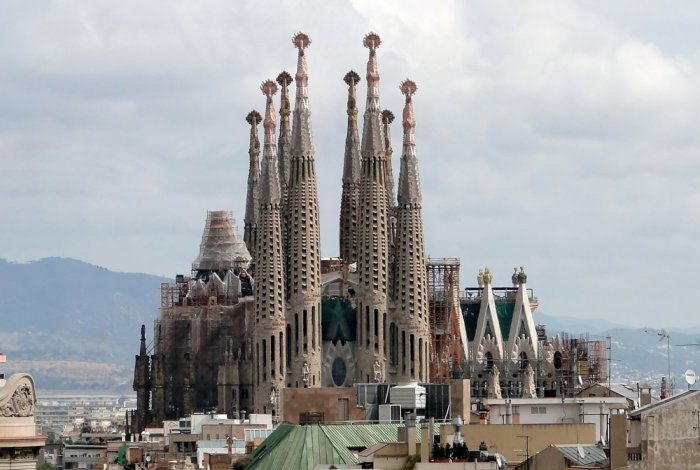 Church of the Holy Family in Spanish 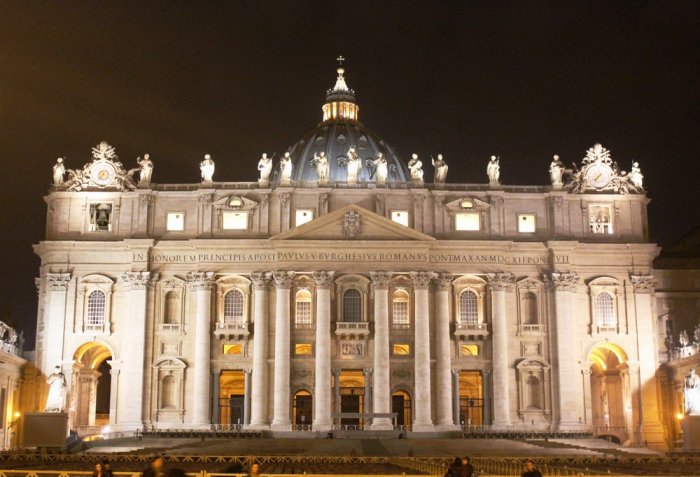 Basilica of St. Peter the Papacy 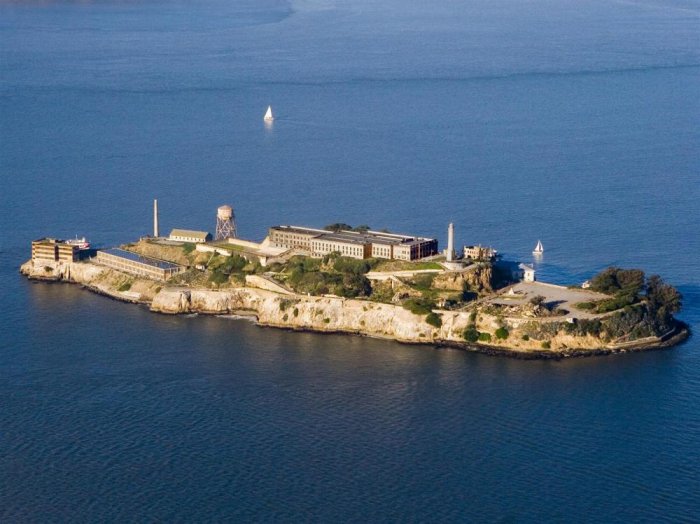 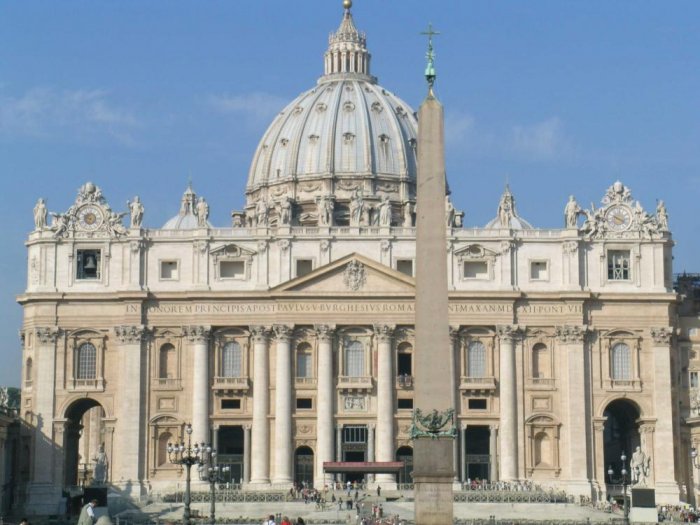 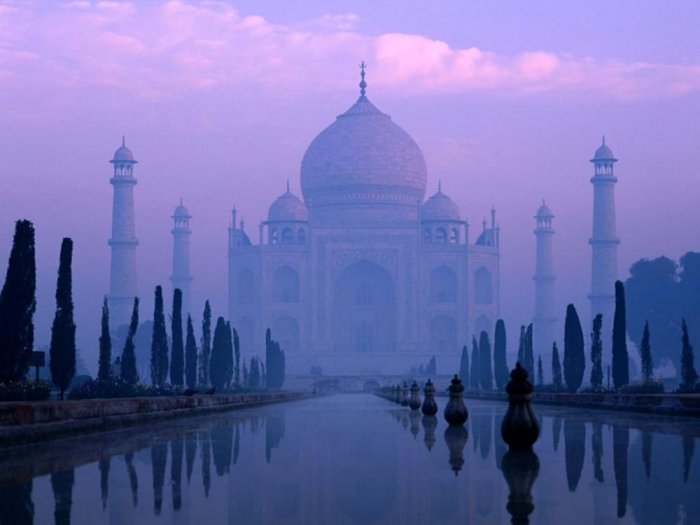 The Taj Mahal is a symbol of love and loyalty 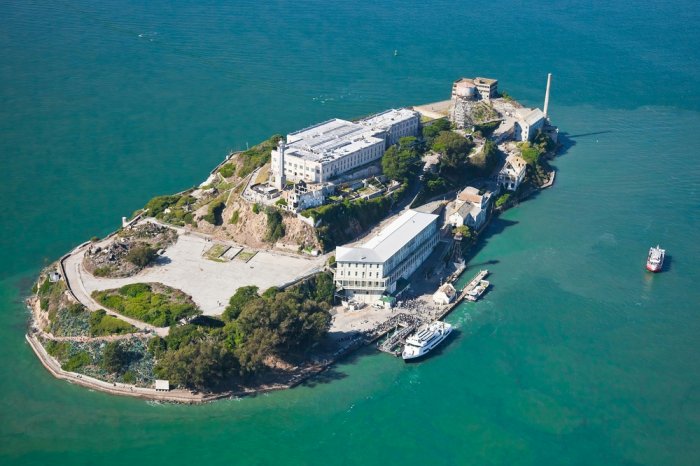 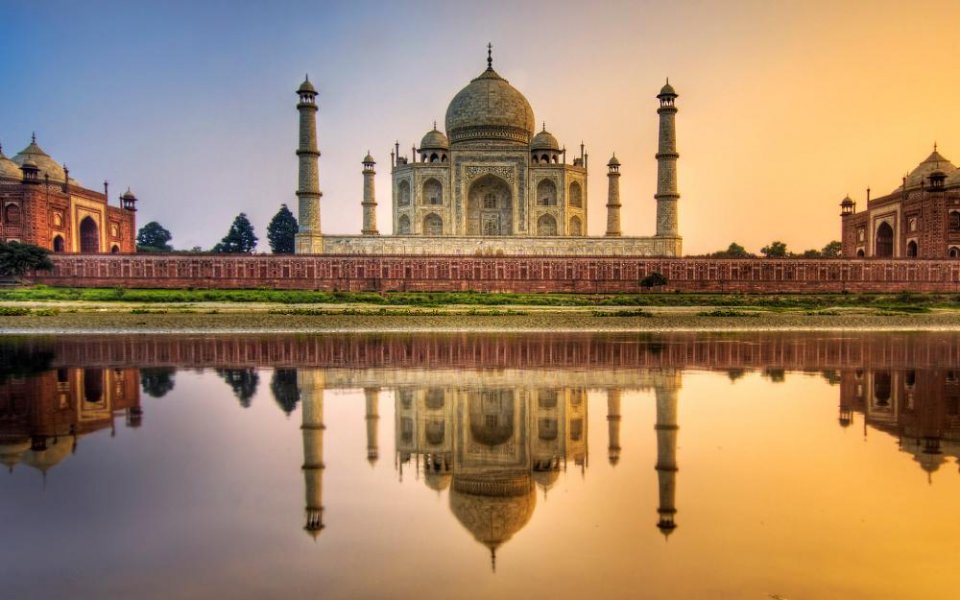 Taj Mahal – the city of Agra in India 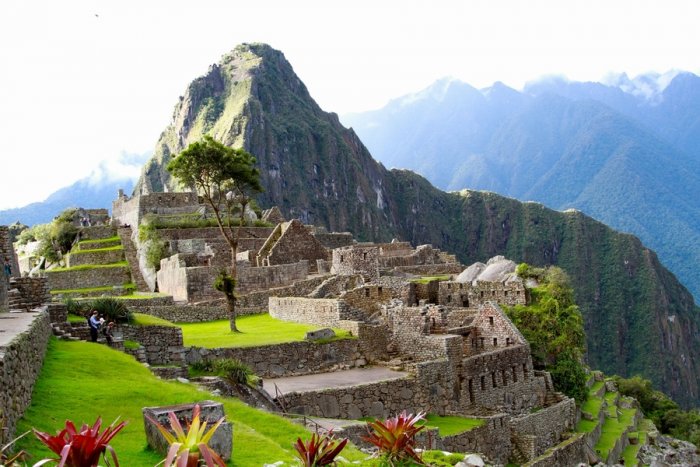