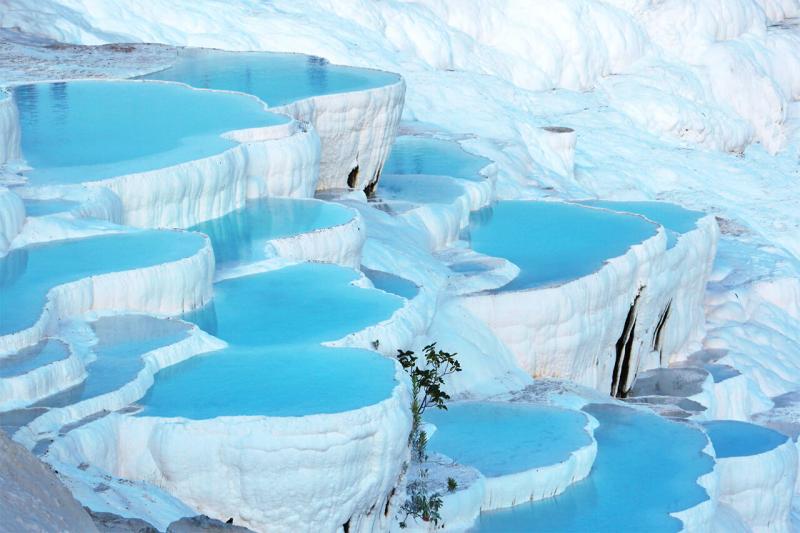 The city of Pamukkale is one of the most famous tourist attractions in Turkey because of its richness in the thermal mineral water springs that descend from the pure white mountain peaks across the green plains that surround the ancient Roman herbal region which was founded about 190 years ago.
But it still maintains its monuments, which include the magnificent theater and ancient pools with its Roman columns covered in water, the most famous of which is the hot spring pool, in which tourists can shower in order to get rid of aches and pains. 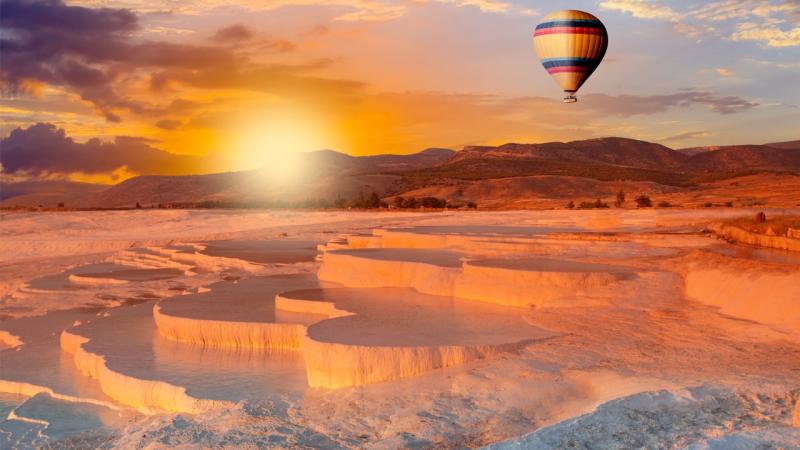 The city shines in white, which covers the natural terraces formed by limestone deposits that grow on the steep slopes of the base of the calcite mountain, and mineral water pools are found in the upper levels of the terraces where visitors can walk and sit in the pools to recover. The ancient Pamukkale Pond is located next to the Temple of Apollo, where mineral hot spring water is decorated and decorated with Roman columns and marble. 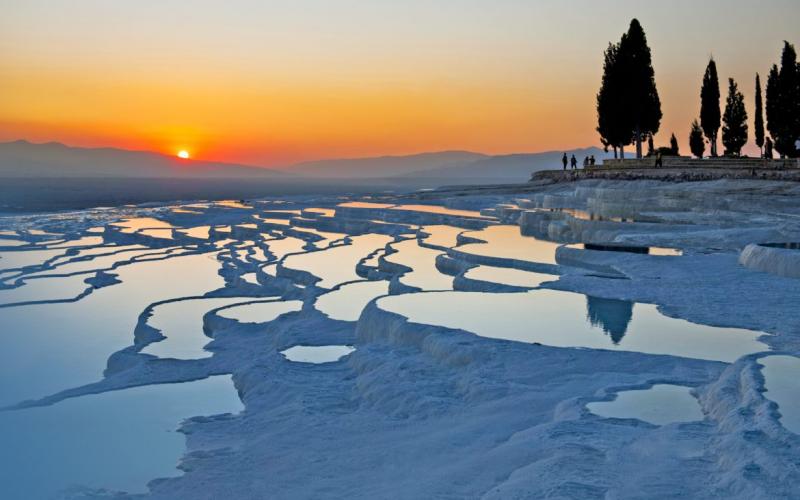 The Karahett hot mineral springs are located five kilometers from the city of Pamukkale, and the different oxides mix with calcium carbonate to decorate the springs in a group of charming colors, which are poured into the pools. Archeology lovers will be able to visit the Heropoulos Museum, located inside a former Roman bath in the old city. Exhibits show examples of the beautiful art and cultural heritage of this magnificent ancient city, and it also displays a range of archaeological discoveries in the city such as stone engravings, statues, and ancient tombs. 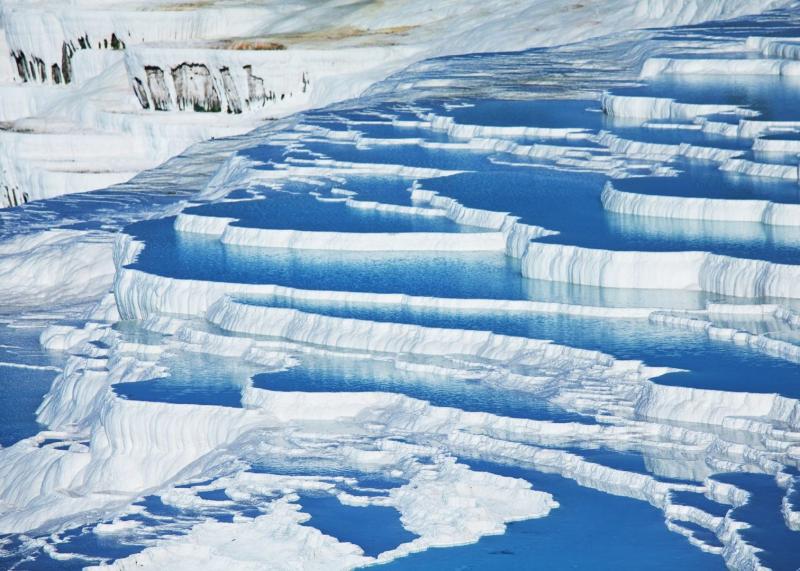 Pamukkale Castle rises on a green hill in the city and is known as the Cotton Castle and dates back to the 11th and 12th centuries. Visitors can enjoy the scenic landscapes on travertines and watch the glowing sun thaw behind the white terraces.

Tour within the most luxurious glacier in Sweden