Madain Saleh, a historic Iraq, forcing you to visit

Madaen Saleh is a historical Iraq that compels you to visit, and Mada’in Saleh is considered one of the most important monuments of Saudi Arabia, so I created the General Authority for the Development of Al-Ula Governorate, which will make it an international tourist site in which many tourist places compete.

Madain Saleh includes the huge tombs carved into the rocks, which are the last remaining monuments, the cities of the Nabateans, and they are still in good condition, so history lovers will find Madain Saleh, a haven that narrates their historical passion and narrates their curiosity to see the various monuments and the huge cemeteries that characterized them.

Advantages of a valid Madain region

The drive from Medina to Al-Ula takes approximately four hours, which is a simple time to see Madain Saleh, which contains 131 huge burials, which reveals the ingenuity of the Nabataean art in their sculptures that have withstood all these amazing glory, and the walls contain Nabataean inscriptions, which were written in Aramaic one of Ancient Semitic languages ​​where tomb inscriptions reveal the names of the people who lived at this time and their relationship to each other, their professions, their laws, and the gods they worshiped,

Al-Farid Palace is considered one of the most important burials in Madain Saleh due to its size and because its facade is simpler than others. The main door of the burial is mounted on a decorated triangular beam. The bodies were placed in layers engraved in the walls from the inside, and these burials are still in a surprisingly good condition.

The mountain is located on the northeastern side of the Al-Hajar region, and it is a huge rock mass that is believed to be taken by the Nabataeans as a religious center to worship their mountain god, which was known as “Dhu al-Shari” and on the “walls of the Siq” which is a narrow natural road 40 meters long between the rocks The towering, leads to the mountain of Ithleb, carved ornate niches for the vows that the Nabataeans approached to the gods and carved pictures of beauty and merchants.

Qasr Al-Sanea Group is located in the southern side of Al-Hijr region, and it consists of two rock blocks. The western bloc includes one burial known as the Al-Sanea Palace, while the eastern bloc contains six burials, which are simple in their carving 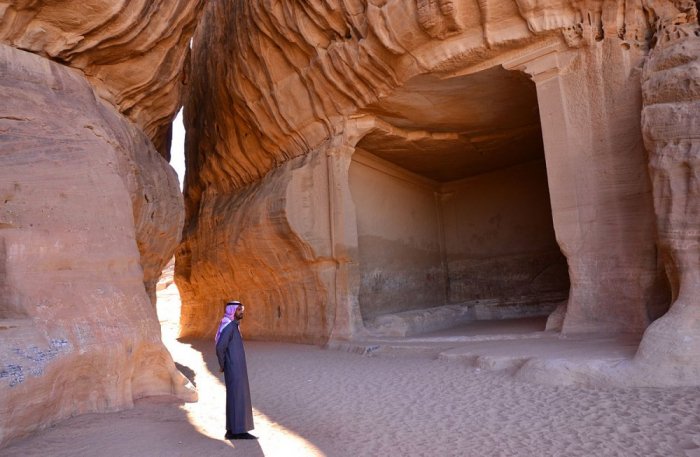 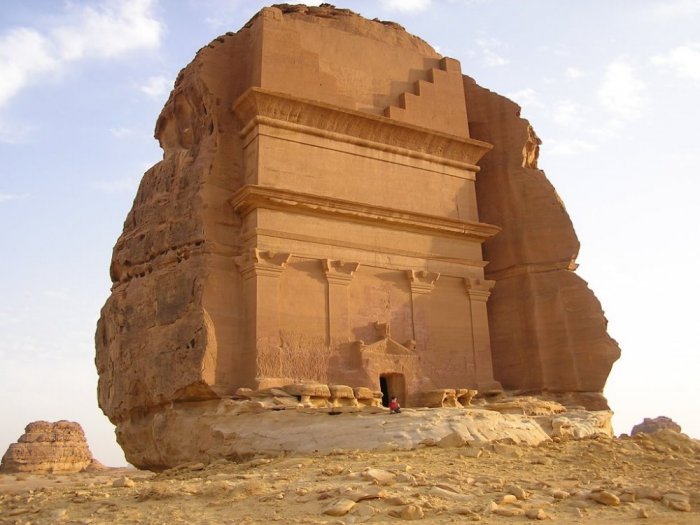 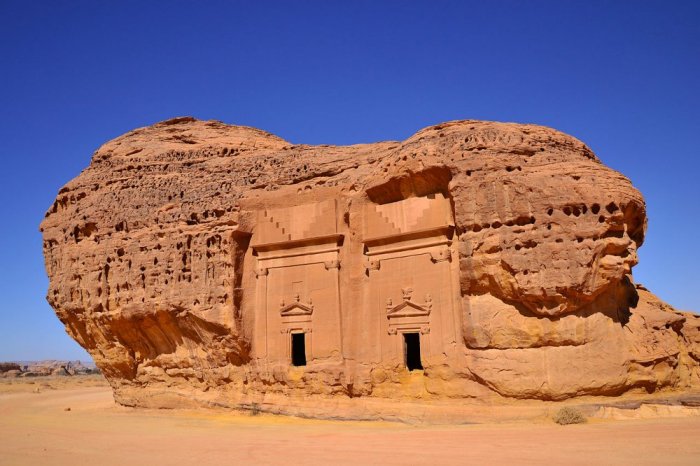 The best sights in Bordeaux