The best tourist places in Sharjah for children

Report on the Arcadia Hotel Istanbul

The 5 best activities on Rue de Rivoli in Paris

America Hotels: List of the best hotels in America’s 2022 cities

The best hotels in Kandy Sri Lanka .. at affordable prices

The most important 4 tourist places in Bento Sri Lanka

The island of Sri Lanka was affected by many traditional historical and heritage factors that helped a lot in shaping the nature of Sri Lankan folk cuisine, as well as factors related to the exchange of cultures that made it affected by the kitchens of some neighboring countries such as India, Indonesia and the Netherlands, in addition to the spread of Asian food restaurants inside it and its impact Sri Lankan cuisine, here are some of the popular folk dishes in Sri Lanka: and the top 10 Sri Lankan cuisine.

Seafood plays an important role in Sri Lankan cuisine, due to its presence in the Indian Ocean. Sour fish is one of the best popular dishes in Sri Lanka, and it is one of the most available seafood there. The fish are cut into large cubes such as tuna, and placed In a mixture of spices, such as black pepper, cinnamon and curry. Sour fish are cooked with frying, and then added to a sauce of spices and lemon curry, and curry leaves are added to it. Sour fish is usually served next to rice and salad, and some prefer to replace rice And eat it with grilled vegetables. Read:The best cheap markets in Colombo Sri Lanka .. get to know them! 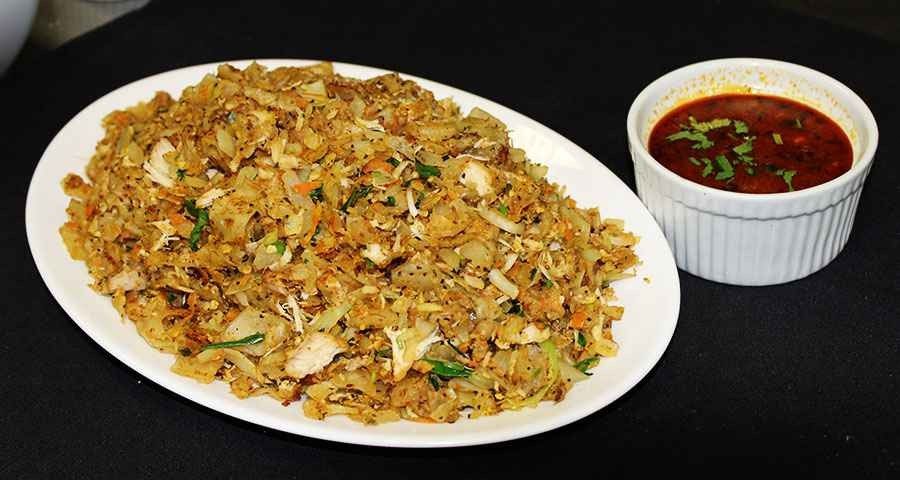 Curry chicken is a common household dish in Sri Lanka, and one of the best popular dishes in Sri Lanka. The curry chicken dish consists of chicken pieces added to it some spices, the most important of which is curry and hot pepper. The ingredients are stirred in oil for a few minutes, then coconut milk is added to them to form Including chicken broth. Some people prefer adding mashed tomatoes with coconut milk, to give a flavor to chicken broth. Chicken pieces can be replaced with meat cubes as preferred by some people. Serve chicken with curry with broth, and serve white rice and crunchy bread. Also read: Safari In Sri Lanka, find out about tourism in Rahala Safari 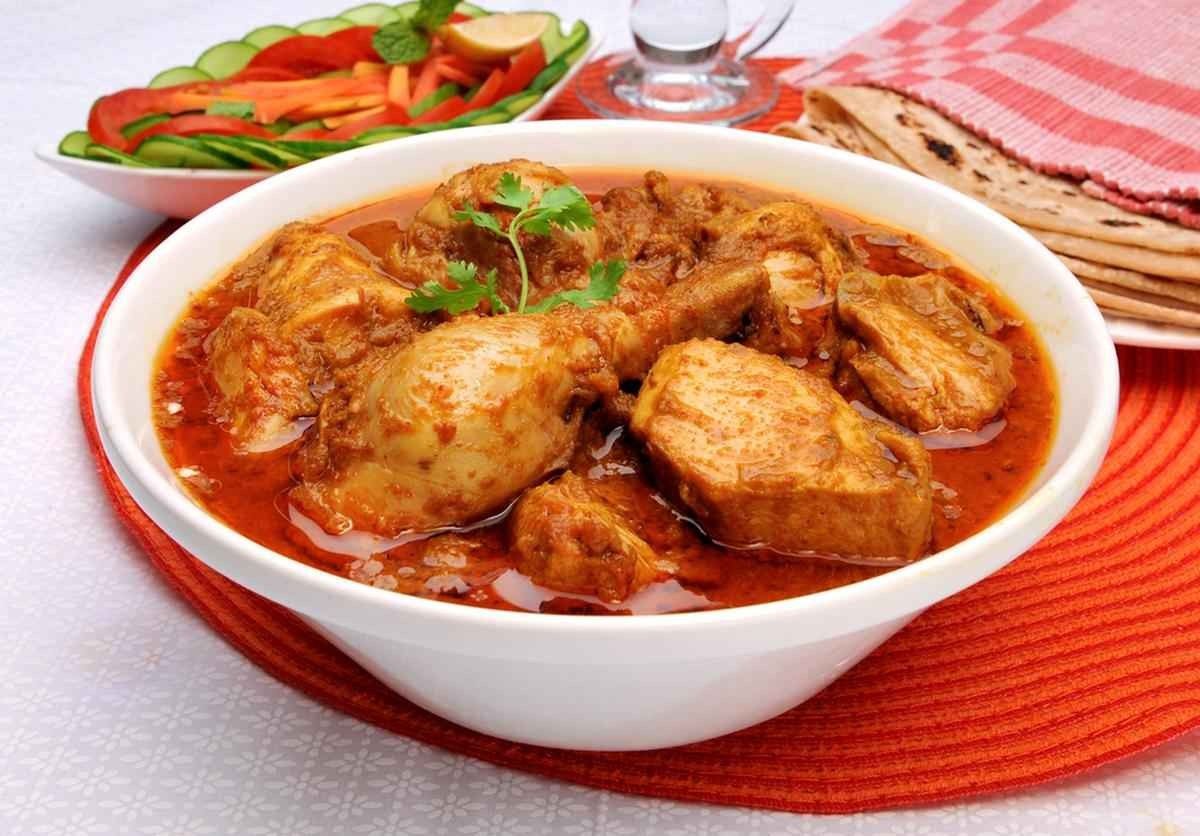 Read:Safari in Sri Lanka .. Learn about tourism on safari

Lentil curry soup is the most common in all popular dishes in Sri Lanka. Lentil curry soup consists of lentils, onions, tomatoes, green peppers, and spices like cumin, curry and fenugreek, in addition to coconut milk. All ingredients are cooked except for lentils and coconut milk In a skillet with a little oil, and stir for minutes, then add coconut milk and lentils. Serve lentil soup with crunchy bread, and some people prefer adding drops of lemon. Some prefer eating lentil soup with boiled eggs, and can be eaten with rice White, or eaten in freshly baked bread. Lentil soup is coca Irrigation is available from all over Sri Lanka, and the menu is not empty in any restaurant. 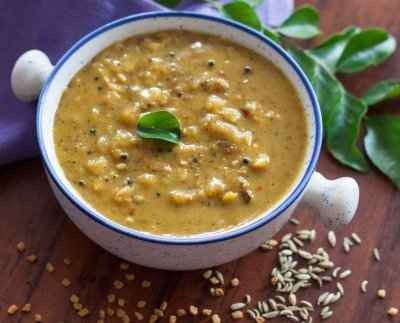 The meat broth balls are originally Dutch food, but they have become a popular dish in Sri Lanka. Rice broth balls are made from rice dipped in meat broth and hot butter, and cooked steamed. The rice is not cooked by the meat broth alone, but rather Next to it are pieces of meat or a mixture of several meat with their own broth, which is cooked with rice. This meal is not served in a traditional way in a bowl, but is placed on banana leaves first and then the bowl as happens in the Netherlands. A ball over the banana leaf, and the pieces of meat are placed next to it. The pieces of meat and gravy can be replaced, and replaced with vegetables Cooked wat, and vegetable soup to cook rice, to become a meal for vegetarians. 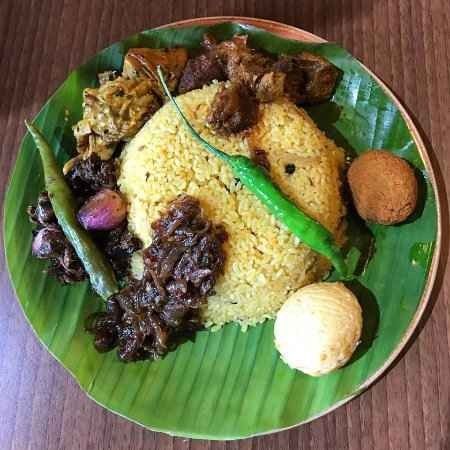 Read:Cafés in Colombo: 6 best and best known cafes and cafes in Colombo

Sri Lankan pies are a popular snack there, although they are not similar to the usual pancakes on them. Sri Lankan pies are made from regular flour, rice flour, coconut milk, and a little sugar. The ingredients are all mixed until mixed and become liquid, and Cooked in a dedicated pan Sri Lankan pancakes. An egg is broken at the bottom of the pie during cooking, and left until its eggs have softened over the pie. Onions and hot peppers can be added as desired, and drops of lemon can be added immediately after cooking. Serve the pie with curry sauce, and Usually eaten for breakfast or dinner. 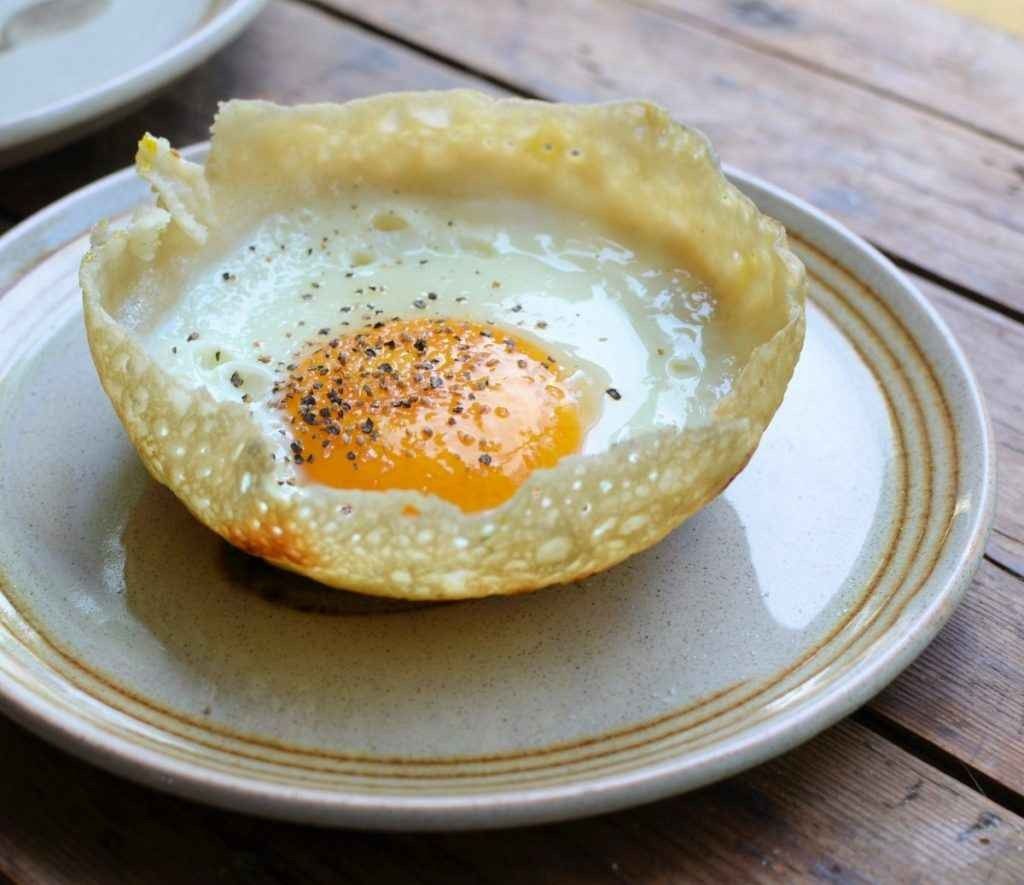 Although the cocoa is one of the fruits, it has become a popular dish in Sri Lanka. The cocoa curry dish consists of the fruit of cocoa, onions and garlic, spices with curry and ginger, in addition to coconut milk. The cocoa is cut into small squares and added with all Ingredients are cooked over low heat, and coconut milk is added in the last step. Cocoa is served with curry with white rice, and is available in most restaurants in Sri Lanka. 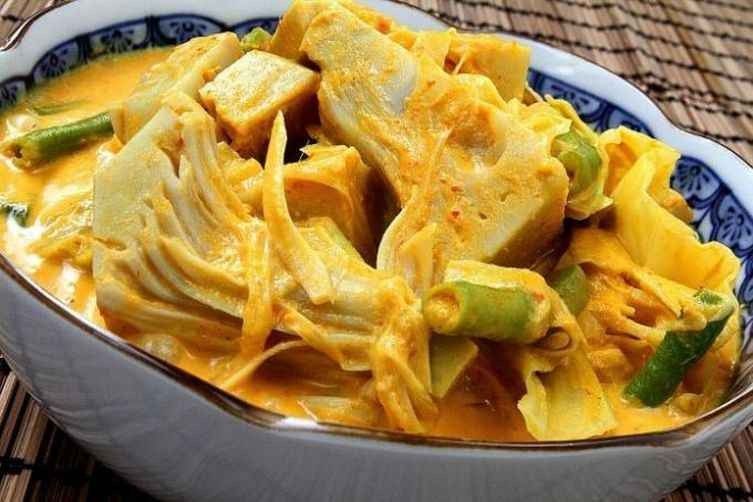 Pickled eggplant is the most popular dish of starters in Sri Lanka. The eggplant is sliced ​​thin slices and fried in oil until cooked. Pickled with a mixture of caramel, vinegar, onions and pepper, to which it is added some of the most important spices, including turmeric and hot pepper. The mixture of pickling and spices to the eggplant, stirring continues for minutes, and left at least 3 hours before serving. Pickled eggplant is characterized by its sweet mixture of sweet and salty, in addition to being suitable for serving alongside all the main dishes. The herbal salad is one of the best vegetable dishes and starters in Sri Lanka. The herbal salad consists of some Asian herbs, tomatoes and balls, as well as some spices, the most important of which is grated coconut and hot pepper. All ingredients are sliced ​​in one plate, and add spices to them , Add some lemon drops, and mix all ingredients with stirring. Serve herbal salad as a side dish beside white rice and curry sauce. Park in the most famous Sri Lankan cities 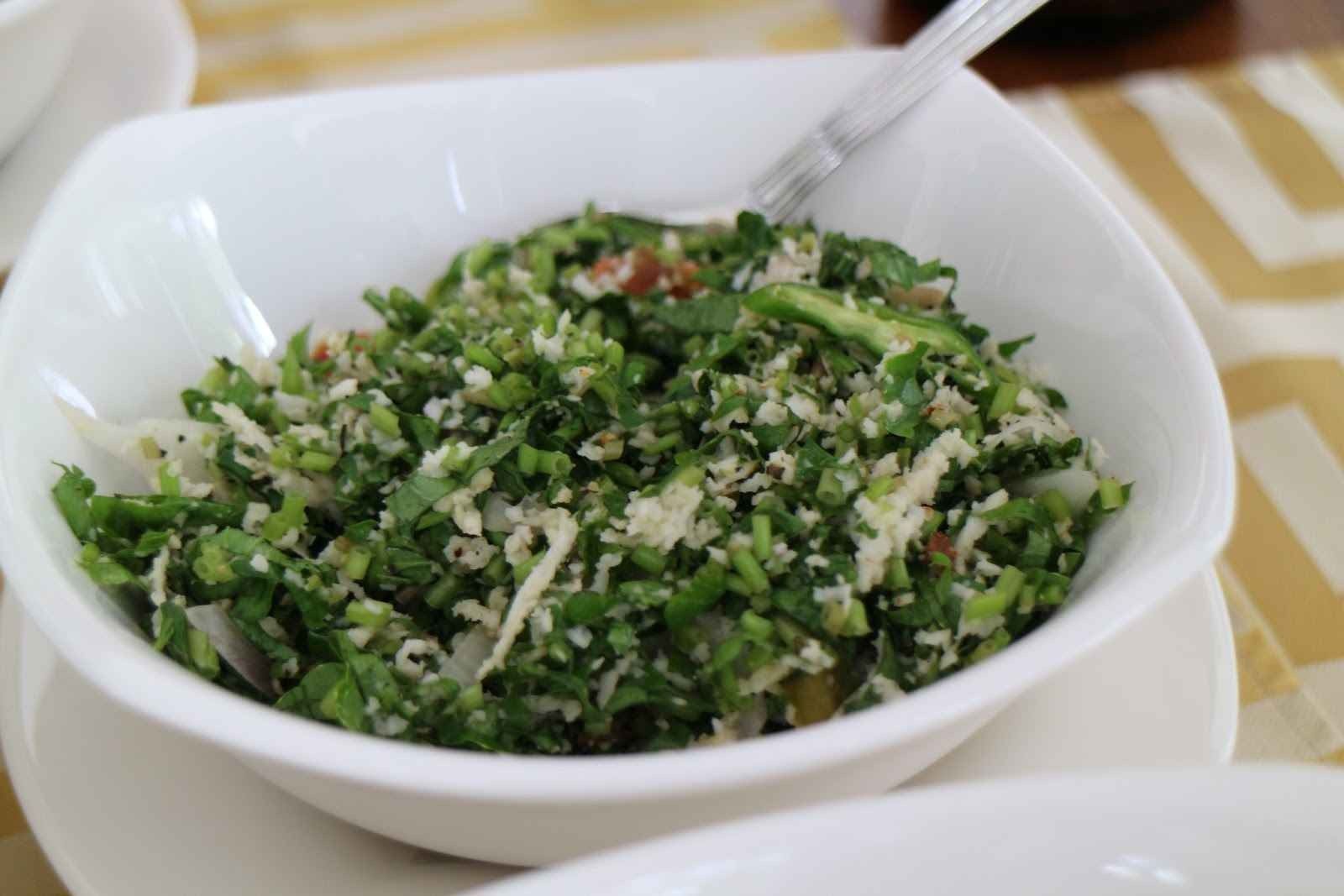 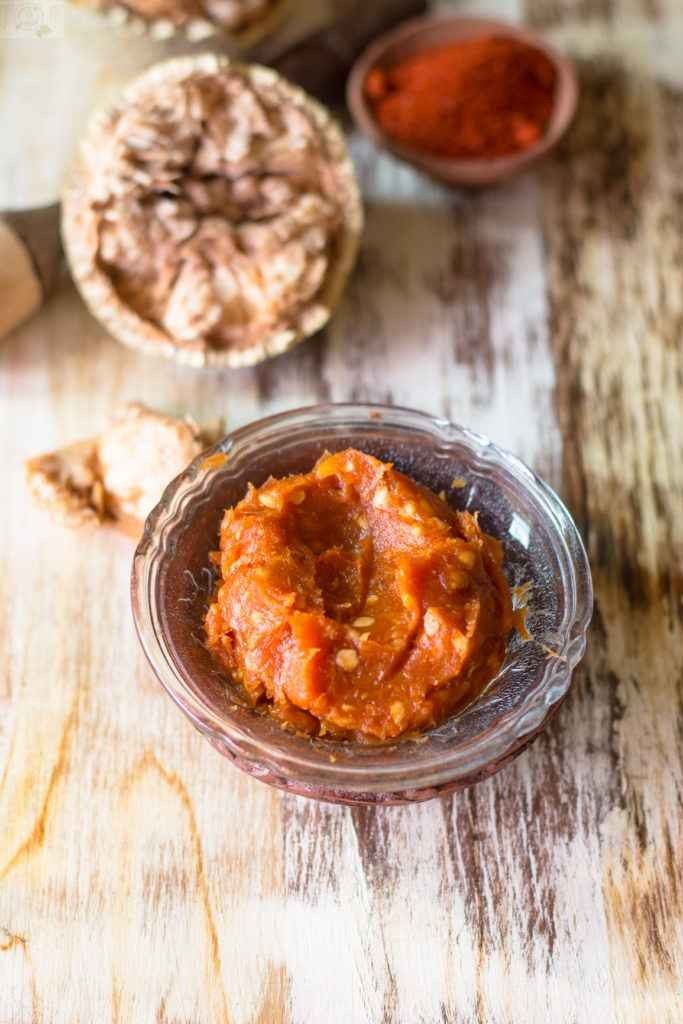 The best tourist activities in Saranda in Albania .. and 7 beautiful tourism activities ..

The best hotels in Bentota .. 5-star resorts and 3-star cheap

The most beautiful tourist places in Sri Lanka

What is Algeria famous for?

Report on the Embassy Hotel Beirut

Recreational places in Muscat .. To spend the best times in the first city of “recreation” in the Sultanate of Oman ..

The 6 best entertainment places in Riyadh We recommend to visit

The 6 best activities in Tokyo Sea Life Park in Japan