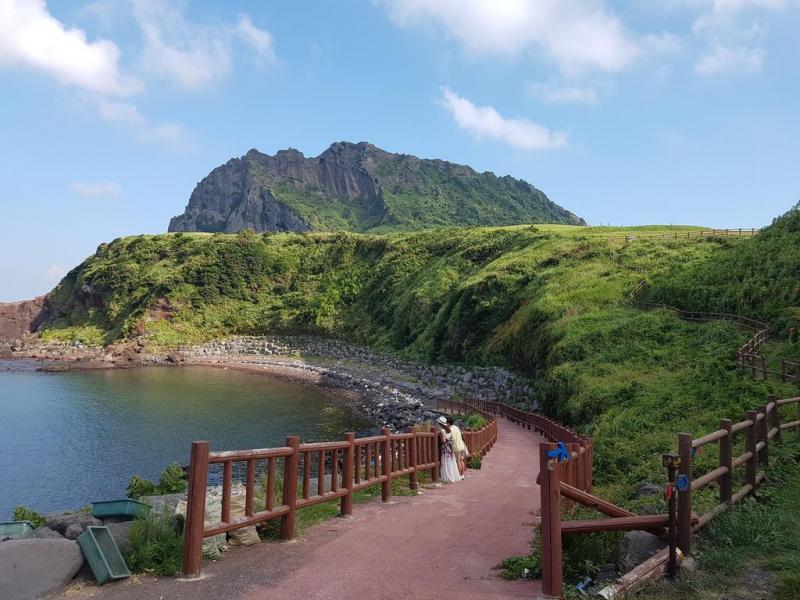 The Seong San Ilshul Pong volcano, which is 182 meters high and looks like a giant pond, is one of the most beautiful natural monuments in Jeju-doi, South Korea. It is classified as one of the most beautiful volcanic islands in the world and has been included on the UNESCO World Heritage List.
The summit of the volcano is called “sunrise point” and it takes a conical shape that formed from volcanic eruptions on the shallow seabed about 5,000 years ago, located on the eastern coast of Jeju Island, and is very similar to a huge ancient castle, sprinkled around a group of volcanic formations nature Of amazing shapes. 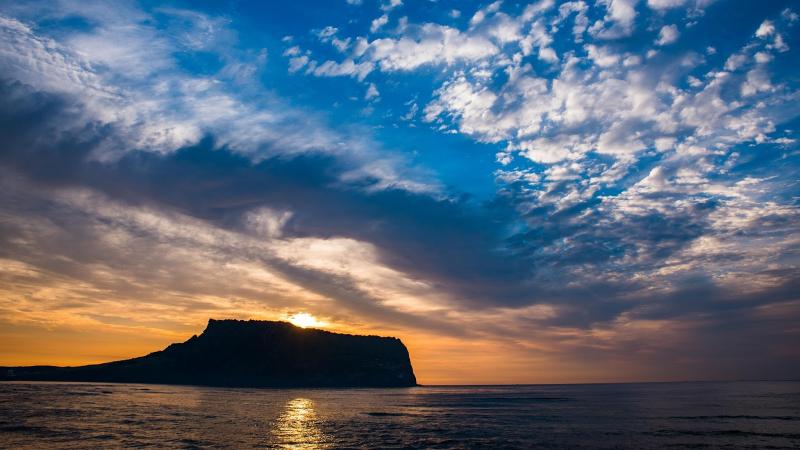 The diameter of the volcanic crater is 90 meters and is surrounded by more than 99 rocks with sharp protrusions to look like a giant crown. The crater connects from the western side with a green grassy hill that reaches the village of Seongsan, which are ideal places for horse riding and hiking, as it is surrounded by wonderful volcanic slopes from the south and east side. And the northern. 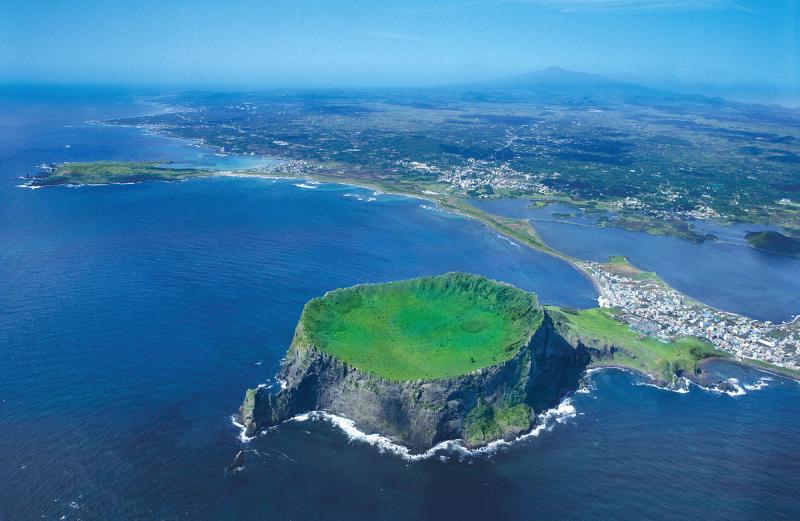 There are many attractions near the top of the volcano, varying between beautiful ecological parks and beautiful beaches such as the beautiful Elshol Pong Beach which is located inside a cave in the shape of a crescent supported by walls of lava and rocks and provides boat trips up to the sea and can practice diving or watch amazing diving shows that It is held daily, as well as cafes with a charming atmosphere, which sells souvenirs and attractive local crafts.

Half moon beach is a paradise for Saudi beaches

Times are cheaper than others to travel to the Emirates