The city of Baku is distinguished by its wonderful nature and ancient history that stands out among its buildings, which are adjacent to unparalleled harmony with the contemporary contemporary architectural style, to form the city with all the features of creative artistic painting, and a distinctive destination among the important places of tourism in Azerbaijan, especially the Baku museums.
The city as a whole is considered an amazing exhibition that embraces a large number of Baku museums that tell the story of the country’s past and its development, which can be said to have happened overnight, and those museums were and still are storytellers that take you back towards the traditions of Azerbaijan and the origins of their origins, and they strike you again at the present day of the country’s developed , And the brilliant future awaiting them.

The charming Baku includes an interesting collection of important Azerbaijan hotels, and we have brought to you the most prominent of them in our report, the best Baku hotels .. Read more 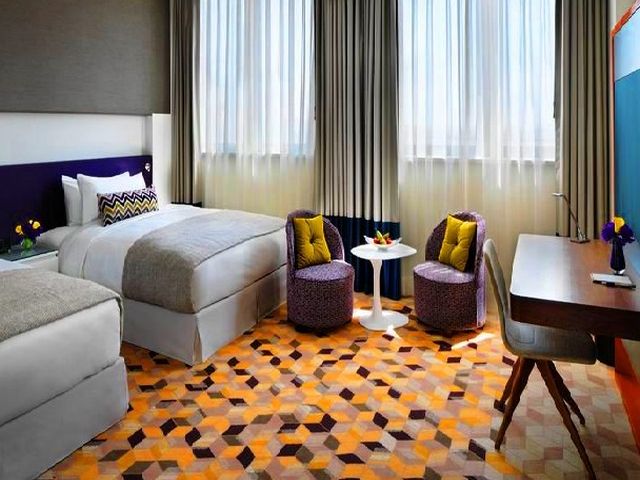 The best museums in Baku

Baku, the capital of Azerbaijan, includes more than 30 museums covering all the country, from history and ethnography to a collection of small books, and everyone who wandered between these museums comes out in the end with a unique appreciation of the story of the country and its wonderful culture, and is located in a love never Before for a city that a visitor brought her out, touching her forever.
We dedicated this article to talk about the various museums of Baku, between its ancient and modern, and what tells the story of its industrial and literary revolutions and others.

The Baku Carpet Museum displays the largest collection of Azerbaijani carpets and rug in the world, with various textile and material technologies for different periods .. Read more

The National Museum of Azerbaijani History was established in the year 1920 AD, and it is the largest museum in Azerbaijan, and one of the most important ancient Baku museums, and it is located in the former palace of one of the most important philanthropists and oil and industrial poles of the country Hajj Zine El Abidine Tajiyev. The palace was built in the Renaissance style, and the museum contains More than 2000 exhibitions in 8 sections.
The museum contains more than 300,000 artifacts, some original documents and manuscripts, currency instruments, jewelry and ancient vessels of various ages.

National Museum of Art of Azerbaijan

The National Museum of Art of Azerbaijan displays the most comprehensive collection of art in the country in general, and Baku in particular. The museum was opened for the first time in 1936 in two buildings adjacent to each other, and today includes more than 15,000 artworks, 3000 of which are displayed in 60 halls Show.
The halls include paintings and sculptures by Azerbaijani / Russian and European artists, with a section on oriental art.

The Museum of Miniature Books is one of the most visited museums of Baku, and it is the only museum of miniature books in the world, and it is located within the scope of the old city in Baku, Azerbaijan, and began its work in 2002 AD, and in 2015 he obtained the certificate of the Guinness Book of Records as the largest museum of miniature books, Compiled by Zarifa Salaova over 30 years, the collection consists of more than 6,500 books from 64 different countries, and the museum aims to promote literacy since childhood.
The museum contains many editions of rare books, including the versions of Gogol and Dostoyovsky, and the display of miniature books of some of the famous Azerbaijani classics.

The Independence Museum of Azerbaijan was established in 1919 AD and it is one of the Baku museums that includes many diverse exhibits, between archaeological discoveries, examples of rare books, coins, money, and jewelry, and the museum’s holdings exceeds 20,000 pieces that highlight the national independence movement of Azerbaijan Which lasts from ancient times until now, the museum consists of six different halls.
The museum starts from the first hall devoted to the history of Azerbaijan from ancient times until the 19th century AD, to the sixth hall devoted to the activity of Heydar Aliyev.

It is one of the most famous museums of Baku The Baku Museum of Modern Art was built on the initiative of the First Lady of Azerbaijan, Mehriban Aliyeva, and opened in 2009. The museum aims to focus on an environmental cultural area that includes a white sand beach, the Frank Gehry skyscraper, and a corridor for projects in the Bahr region Caspian, and the museum does not contain fixed thematic areas, and the architectural concept of the museum avoids the halls with angles, and includes corridors and open walls that meet in different angles, creating a multi-dimensional perspective of the exhibitions.
The museum focuses on the second half of the 20th century CE, and includes about 800 works by Azerbaijani artists and sculptors from the art of vanguard in the 1960s and 1970s.

The Baku Archeological and Ethnographic Museum is one of the most important museums of Baku that focus on materials related to the 19th and early 20th centuries, as well as the life of the Azerbaijani people, all stages of the historical development of Azerbaijan, and its culture from the Stone Age to the late Middle Ages, and the museum exhibits provide detailed information on the sites of primitive people, The living houses on the lands of Azerbaijan, settlements of livestock keepers and farmers, the historical and material culture of the ancient countries, with some monuments, and Azerbaijani arts in ancient times.

It is located in the heart of Baku, and is currently considered one of the greatest and richest wealth of Baku museums that highlight Azerbaijani culture. The museum aims to collect, research and store scientific and other materials related to Azerbaijani literature and culture, and display these materials in different halls, and major scientific research, books, Published and written studies, the museum includes 30 halls to display over 3,000 manuscripts, rare books, illustrations, pictures, and sculptures.

The museum of Azerbaijani medicine covers the history of medicine in the country, and exhibits at the entrance begin with a huge and prominent inscription of Asclepius and his daughters, a hero and the god of medicine in religion and ancient Greek myths, and the first hall embraces a bust of Ibn Sina, a manuscript picture of the Doctor’s Sciences Law written in 1143 AD, and a bust of Hippocrates , The founder of modern medicine, then the museum begins displaying medieval surgical instruments, copies of medical records, then providing comprehensive information about the medicine, and a pre-war hall.
The last hall was devoted to topics on the work done in the health field under the leadership of the fourth President of Azerbaijan Ilham Heydar Aliyev.