Scotland is a semi-independent country that has joined to be one of the four major British provinces since mid-1707 after the unity agreement to become now one of the most important and most famous British tourist sites and not only geographic with its cultural and natural mixture in which simplicity and rural beauty merge with the prestige and urban luxury.
And when you ponder the pictures of the Scottish countryside, its charming and charming nature makes you passionate about traveling there, and tourism in Scotland becomes a concern for you to achieve.
In the coming lines, we will walk around together to get to know the most important tourist attractions in the countryside of Scotland, perhaps its next destination. 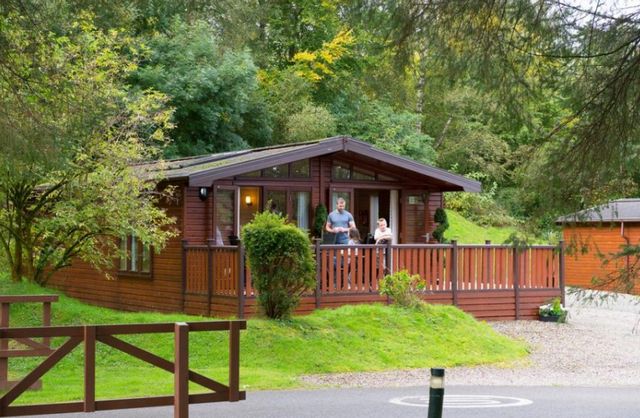 The country of Scotland includes a large number of high-end hotels and resorts with stunning natural views and a privileged location, but if you are looking for unconventional accommodation options, the Scottish countryside will present this to you through simple rural houses and cottages amid the most beautiful scenery. 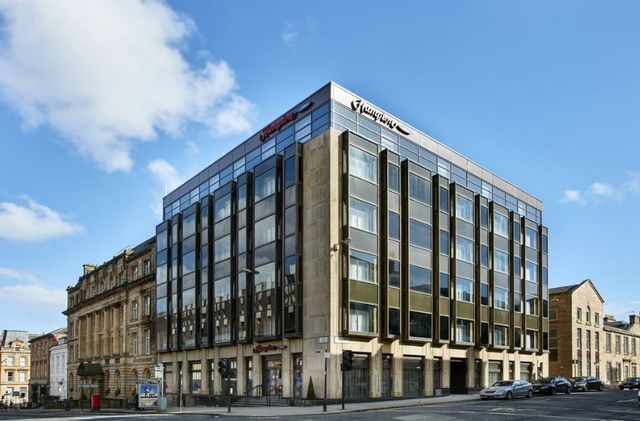 The best tourist places in the countryside of Scotland

The Scottish countryside includes a group of the most beautiful tourist and natural attractions in the north of the United Kingdom, which attracts the attention of thousands of tourists looking for a journey of calm, recreation and psychological comfort. Among the most beautiful tourist attractions in the countryside of Scotland:

Read:Scotland Hotels: List of the best hotels in Scotland 2022 cities

One of the most beautiful landmarks of the Scottish countryside and the most attractive to the attention of tourists coming to Britain with the aim of tourism in Scotland, because the fresh lake has a magnificent breadth and depth due to the mouth of all British lakes, which makes it an ideal location for diving among the different forms of aquatic life that live at a depth of approximately 230 meters below the surface of the water. 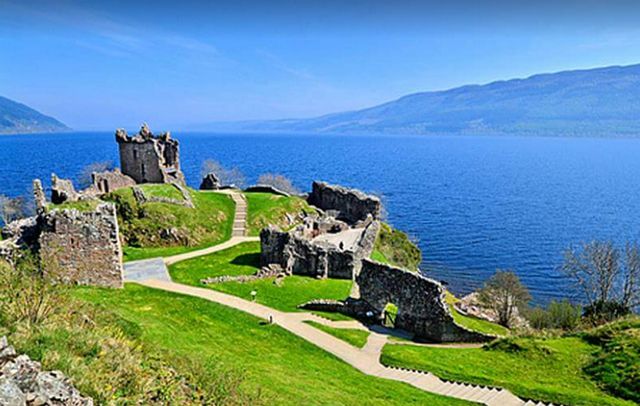 One of the best active and lively recreational places in the Scottish countryside where relaxing between the vast areas and areas of greenery and traditional wooden huts, enjoying golfing, hunting and cycling, as well as camping adventures and climbing the seven waterfalls that the park is famous for and is one of the most attractive attractions for tourists and visitors. 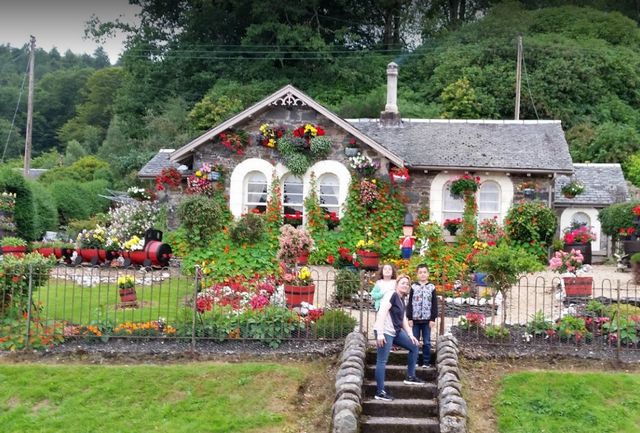 The Glencoe region offers a varied tourist meal that satisfies different tastes, making it a special destination for tourists coming to Britain, especially those who love adventure and excitement, as the region provides great opportunities for mountain climbing and ice skating in winter.
Glencoe also provides those looking for a calm atmosphere that recreates breathtaking landscapes and an environmental harmony between its plateaux, valleys, mountains and green hills with great coordination and harmony.
For those who love historical tours, they should visit the city’s monument to the massacre of 1692.

Read:Where is Scotland and what are the most important cities near it 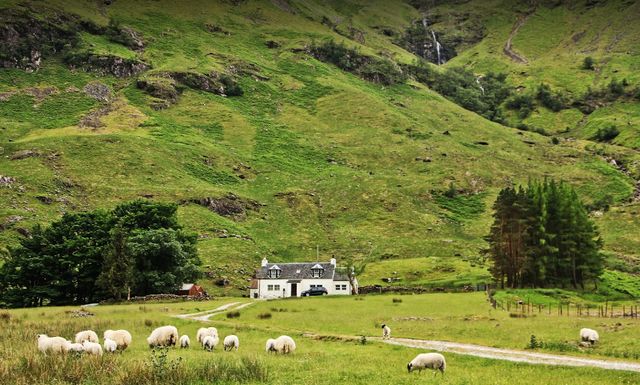 The town of St. Andrews

One of the most beautiful landmarks of the Scottish countryside with an urban and civilized dimension, as the town is located to the northeast of the capital, Edinburgh and is distinguished by its inclusion of the oldest universities in the world with the largest golf courses that always open its arms to receive international championships, in addition to the beaches, charming resorts, vast green areas and archaeological buildings overlooking the most beautiful scenery . 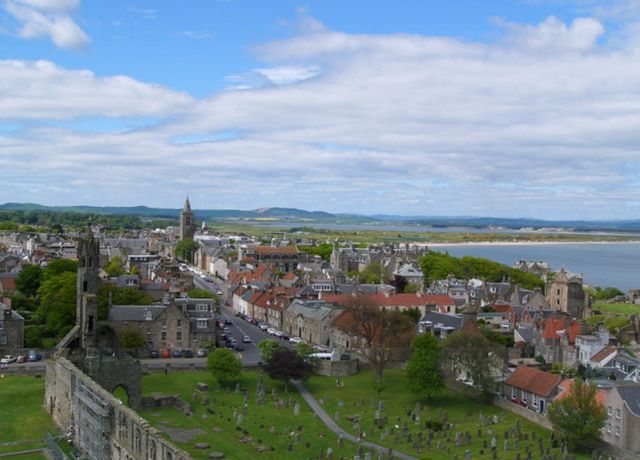 The city of Inverness

It is a city located to the north of Loch Ness, which overlooks the famous River Ness, where you can enjoy a Nile tour that leads you to the charming islands of Nice, or climb the highlands of Inverness and enjoy its beauty.
Perhaps the most important thing for the city is famous for the buildings, churches and the ancient castle on the banks of the river, the old town and its traditional market specialized in selling handicrafts. 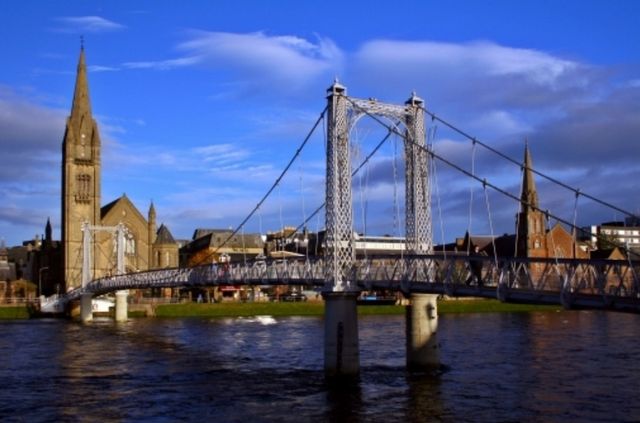 It is the largest island of the Hebrides archipelago off the west coast of Scotland in the middle of the road between the capital city of Edinburgh and Glasgow, the largest Scottish city.
The countryside island has a picturesque nature with unique waterfalls and lakes, rock formations, hills and green hills and safari trails and wandering, beaches and charming villages, a series of historical castles and parks. 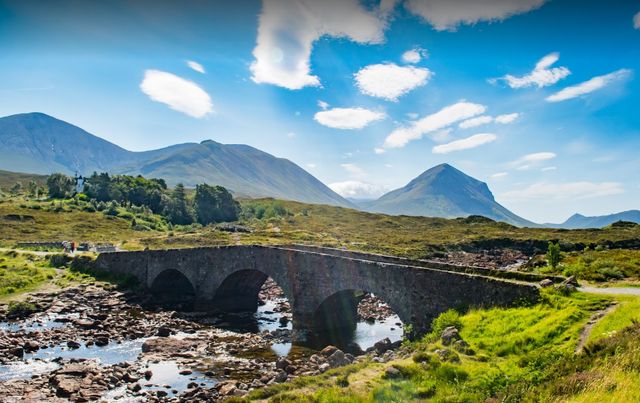 Where is the Arc de Triomphe located in Paris?

5 ancient museums worth visiting in the Emirates

Where is Rabat and the distance between it and the most important cities of Morocco?

Your destination towards the best cheap hotels in Jakarta

Information about the Petronas Towers in Malaysia

The best 8 activities in the Montazah Palace Alexandria Egypt