The best 4 places of tourism in Sirmione, Italy

It is no secret to anyone that Italy is one of the most European countries that have a great savings in historical tourism, but everyone who visits Italy must visit the tourist places in Sirmione, which is one of the best places of tourism in Italy.
It is located in the south of Lake Garda in the center of northern Italy, between the city of Venice with a distance of 153 km and the city of Milan with a distance of 135 km, where it belongs to the province of Brescia, as the city of Sirmoni Italy dates back to five thousand years BC.
Where the beautiful city of Sirmione is characterized by calm, dense and charming nature, hot springs and high plateaus such as: Catol Plateau, Courtenay Plateau and San Pietro Plateau. There are many activities and effects that can be visited.
The city also has a mild and pleasant climate all year round, it is a global requirement for millions of tourists who come to visit it annually in order to get the perfect holiday in one of its hot springs or to get some memorial photos.

When visitors come to Sirmione Italy, they must choose between the best hotels that meet their demands for optimal comfort and the location near the places of tourism in the city, as the city has a bunch of the best tourism hotels in Sirmione.
Which provides many ideal services and competitive offers for several other cities, where we will present to you in this report a package of the best hotels in the city that are concerned with all visitor requests, which we recommend based on the evaluation of Arab visitors to them .. Read more

In this article, we will talk about 4 of the best landmarks of the Italian city of Sirmione, and the most important features that distinguish it from other tourist places in the city and its location from the attractions of tourists and many distinct activities in the next report.

GARDA LAND is located in the northeast of Italy in the center of the Castle of Del Garda, as it is one of the best tourist places in Sirmione and one of the first parks in Europe and the most popular in Italy, as it was built in the year 1975 with an area of ​​445,000 km
It includes a theme park, a picnic area with the family, a luxury hotel chain for foreign visitors. The Gardaland Park contains many fun activities such as: Whirlpool of Death, Secret Mountain, Dolphin Shows, and Water Games.
It also contains many popular cafes and restaurants specialized in all kinds of delicious Italian pizza and free train trips to some of the city’s monuments.

The park operates daily from 10 am to 6.30 pm.
From October to January, the park is closed and opened only for special occasions. 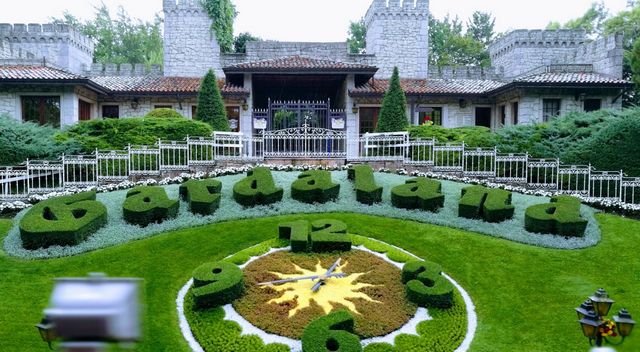 LAKE GARDA SIRMIONE is one of the best tourist spots in Sirmione, as it is the largest lake in Italy with an area of ​​370 km and a length of 52 km and a width of 18 km.
It stretches between Lombardy and Venice, and is famous for the vineyards that are abundant in its surroundings, and is characterized by its pleasant climate and many health resorts that are concerned with the health of visitors on its banks. 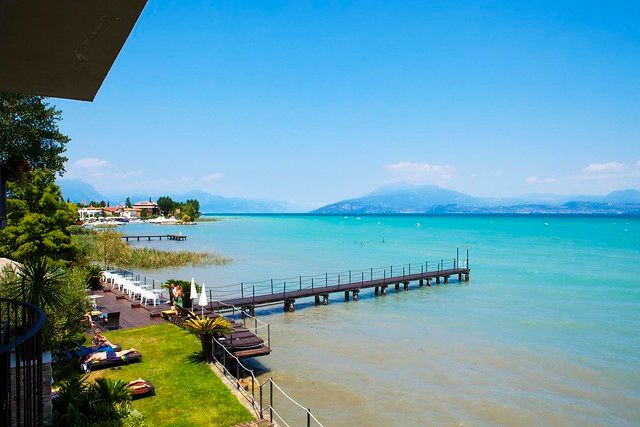 The ancient Sirmione Castle is one of the best places of tourism in Sirmione, as it was built in the 13th century BC on the ruins of an ancient building in the Roman era Scaligero.
It is also one of the most beautiful castles of Sirmione, Italy, cared for by the government and the most attractive to tourists from all over the world.
The castle is designed with a unique design, it is surrounded by water on each side and can be entered only through a moving bridge connecting it to the land.

Sirmione product for health and wellness

Sirmione Aquaria thermal spa is one of the best tourist spots in Sirmione, as it is located in the beautiful old town of Catullo, which is accepted by millions of tourists who are looking for a place to rest, revitalize and revitalize their bodies.
Where the resort contains places of complete relaxation and gentle comfort in an imaginary place surrounded by natural scenes that inspire calm and psychological stability and remove from it all the accumulated mental disorders from his daily life.
It also has private swimming pools, a Jacuzzi, saunas and mud rooms by professionals.

Sunday through Wednesday from 9 am to 10 pm.
Friday and Saturday from 9 in the morning until 12 in the evening.
On Thursday from 11 am to 12 pm.

The 10 most popular tourist destinations in Gothenburg, Sweden