The best diving destinations around the world

The sea has its secrets, beauty, and breathtaking splendor that many adore, for the sea is a treasure in itself and in its depths are creatures and creatures that we know each other and do not know most of them. This equation has always pushed people to swim and dive in the depths of the sea to discover this wonderful world and enjoy the scenic views there. From this standpoint, diving has become practiced by sea lovers and looking for the best tourist destinations for diving around the world to enjoy these unique destinations and practice their adored sport. Follow us today with the best diving tourism destinations around the world and enjoy your next expedition!

The pure waters, super beautiful coral reefs, and diving sites full of challenge and adventure that fill all forms of marine life make the Red Sea a dream for all divers around the world. Hence, the Red Sea beaches were used to establish resorts and hotels that provide services for diving enthusiasts, training courses, diving tools, and a number of professional diving instructors to enjoy this exciting experience. Among the most prominent sites in Egypt in this field, Abu Dabab in Marsa Alam, where the Abu Dabab region is distinguished as one of the unique diving areas, where it is characterized by the presence of a large number of water turtles, sea cows and creatures that live in seaweed that arouses the curiosity of divers. As for Ras Muhammed in Sharm El Sheikh, which is the oldest marine natural reserve on the coasts of the Red Sea in Egypt, the Ras Muhammed area is home to more than 1,200 species of fish and more than 220 types of coral. When you make a diving trip in this area, you must visit the sunken wreck For two ships since the days of World War and one of the most amazing places to dive

Palau is among the best scuba diving destinations around the world

The Palau Islands is one of the most beautiful diving sites in the world. These islands are located in the Pacific Ocean, 800 km from the eastern coast of the Philippines and 3200 km south of the Japanese islands. It is sufficient for tourists to use the “Alasnorkling” swimming facilities to enjoy watching the finest fish in various sizes in this former German colony. It is visited by large numbers of tourists annually, thanks to its rich natural scenery and wonderful coral reefs. Wherever tourists turn their gaze, they see exquisite coral reefs, yellow, white, and blue fish, as well as large and small fish and very thin fish. Flocks of fish abound under the water, so that tourists feel that this moment is the rush hour, and it is imagined to them that these fish return to their homes and homes after the working day at sea. Suddenly, a reef shark appeared gray and two and a half meters long in front of tourists.

Great Barrier Reef or Great Barrier Reef Barrier, also known as the Great Barrier Reef. It is located in a beautiful, varied and beautiful group on the northeast coast of Australia. It contains the largest collection of coral reefs in the world, with 400 coral species, 1500 fish and 4,000 species of mollusks. It also carries great scientific importance such as habitats of species such as dugong and large green turtles, which are threatened with extinction. It is considered one of the most important sites for diving, snorkeling and research in the capabilities of the vast world of the seas.

Hawaii is among the best scuba diving destinations in the world

There are plenty of diving places in Hawaii, but Kilakikwa Bay is not only the habitat of vibrant coral reefs, colorful fish, turtles and dolphins, it also houses a monument erected near the site where the men of the famous Captain James Cook were killed by Hawaiian Islanders in 1779, The bay can be reached on foot through the woods or by boat.

Cocos Island, Costa Rica, is one of the best diving destinations in the world 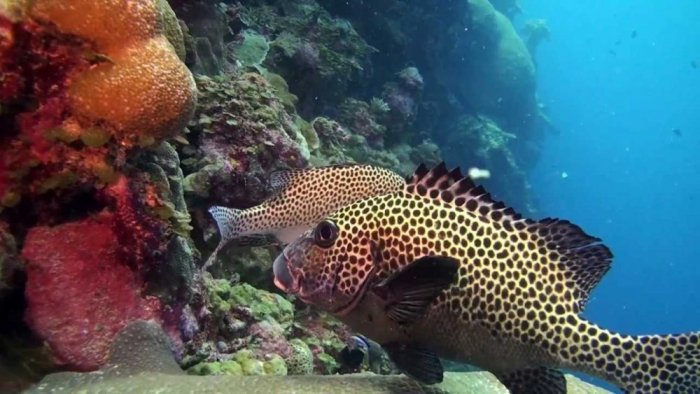 The world of the seas in Palau 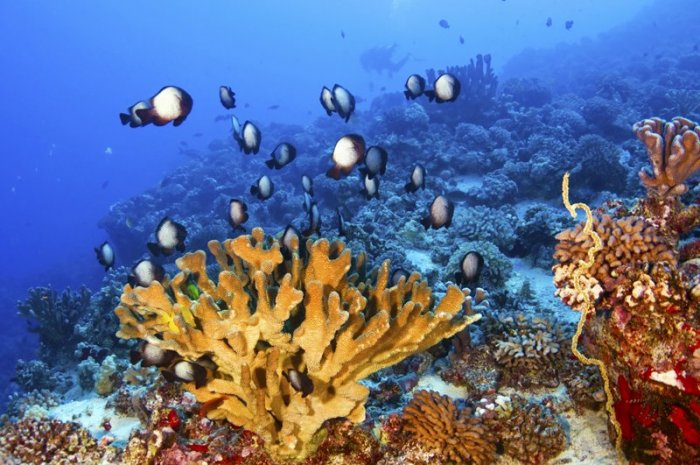 From the depths of the Hawaiian Sea

From the sea of ​​Cocos Island

From the shores of the Red Sea. 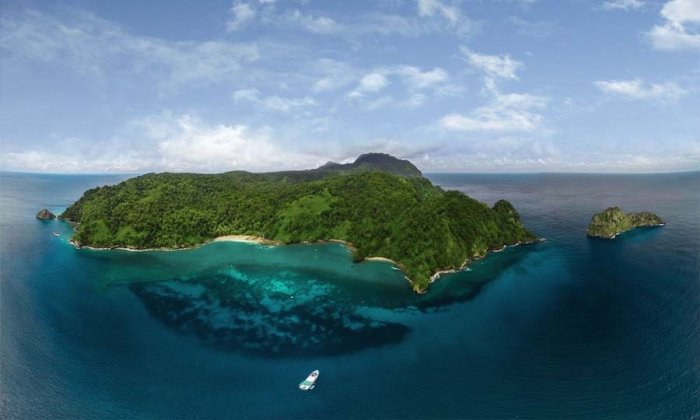 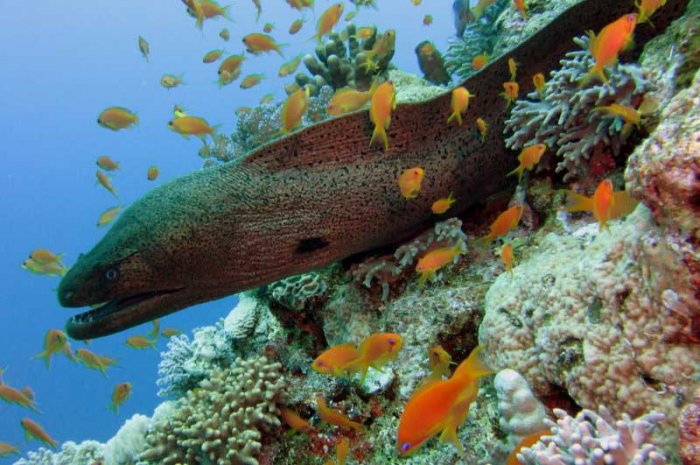 Scuba diving in the Red Sea. 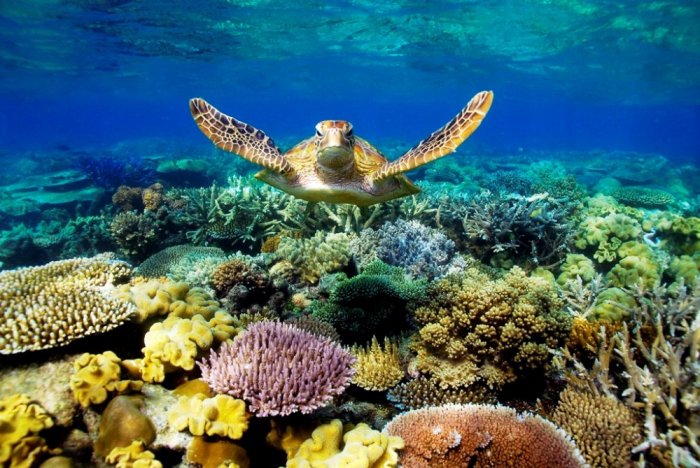 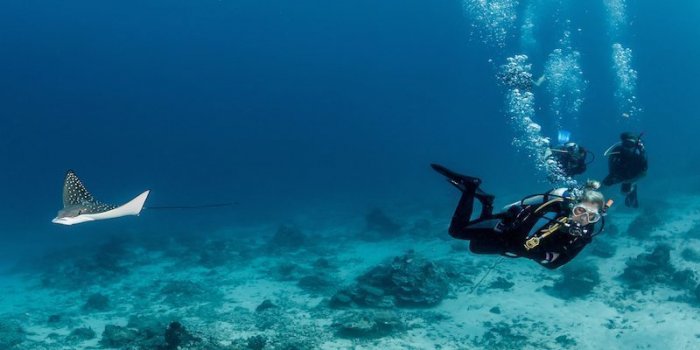 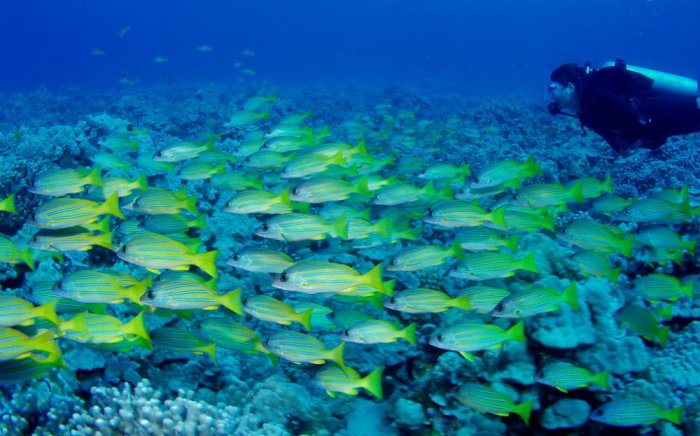 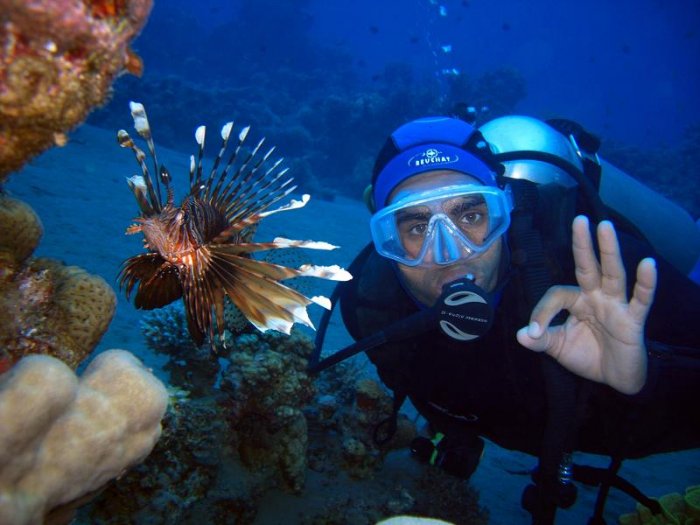 Discovering the depths of the Red Sea

10 travel destinations in Europe are the fastest growing in 2020