The best places for tourism in Egypt

In this article, we will deal with a topic on tourism in Egypt, since ancient times, Egypt was distinguished as an important destination for tourists around the world, thanks to its distinguished geographical location, and its moderate climate in all seasons of the year and the beauty of its beaches and coasts, as well as it is a complex of many civilizations such as Pharaonic, Islamic and Coptic, All of this made it occupy a distinguished tourist position among many countries of the world, and through the following lines in the Arab travelers we will know what are the best places of tourism in Egypt. 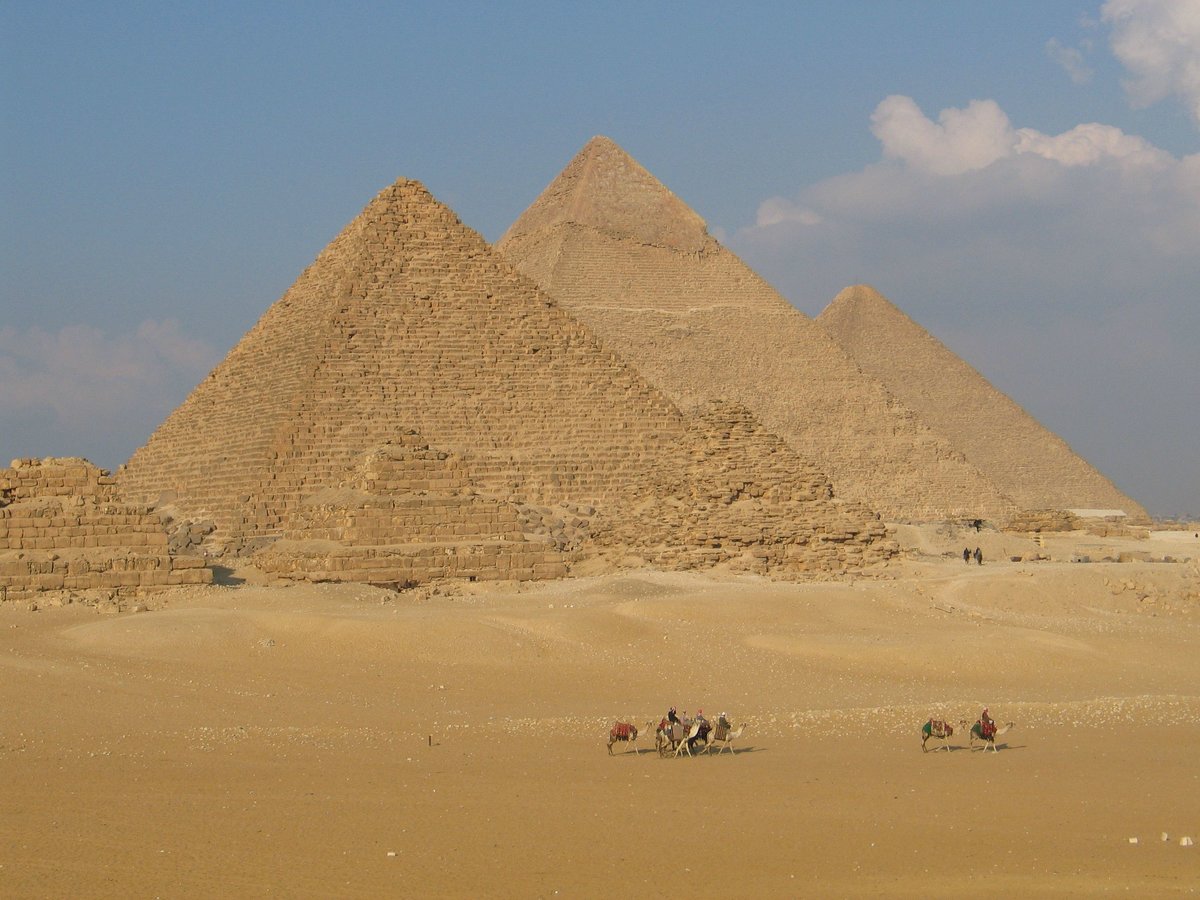 Khan Al-Khalili is considered one of the oldest and most famous neighborhoods of Cairo, and is more than 600 years old, and it is distinguished for its beautiful architecture and the rest of the Mamluk era until now, and it is an attractive place for many tourists thanks to the many bazaars that sell pharaonic artifacts, in addition to the sale of handicrafts such as prayer beads and crystal Also, traditional crafts, silver and gold jewelry, incense imported from Saudi Arabia, Sudan, natural herbs and others.
Visitors can also purchase papyrus sheets marked with hieroglyphs, and lampshades made from stained glass, as well as leather goods and historical accessories such as copper belts, helmets and swords, and you can also sit in popular restaurants that offer the best and most famous Egyptian cuisine.
Visit times:
Every day from eight in the morning until eleven in the evening, and on Friday, it is closed from eleven in the morning until one in the afternoon. 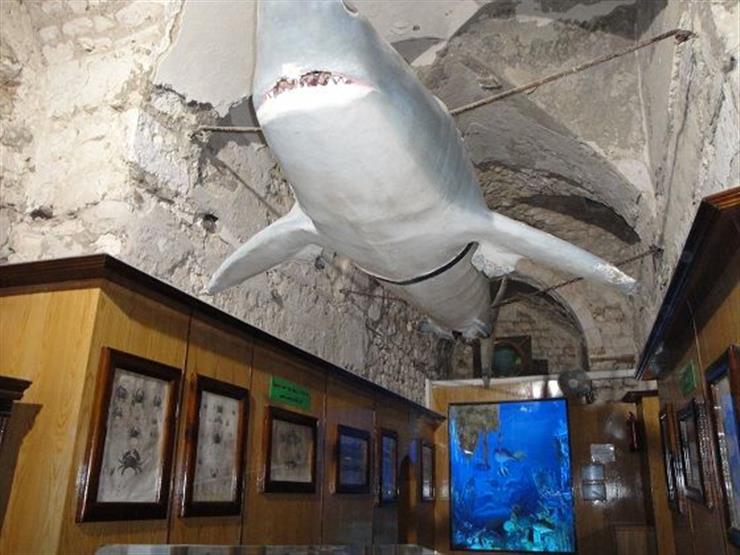 It is one of the most famous tourist attractions in Cairo. It was built by the leader Salahuddin Al-Ayoubi on Mount Muqattam in Cairo, and its construction was completed by Sultan Al-Kamel bin Al-Adil. The castle witnessed medieval wars.
Visitors can learn about the mosques inside, such as the Al-Nasr Muhammad bin Qalawun Mosque, and the Muhammad Ali Mosque, as well as archaeological museums that include rare artifacts such as the Military Museum and the Museum of Vehicles, and they can also enjoy a complete view of Cairo from above by climbing to the tallest tower in the castle and picking up Pictures of this magical sight.
Entry prices:
50 pounds per person.
Visit dates:
Every weekday from nine in the morning until five in the evening. 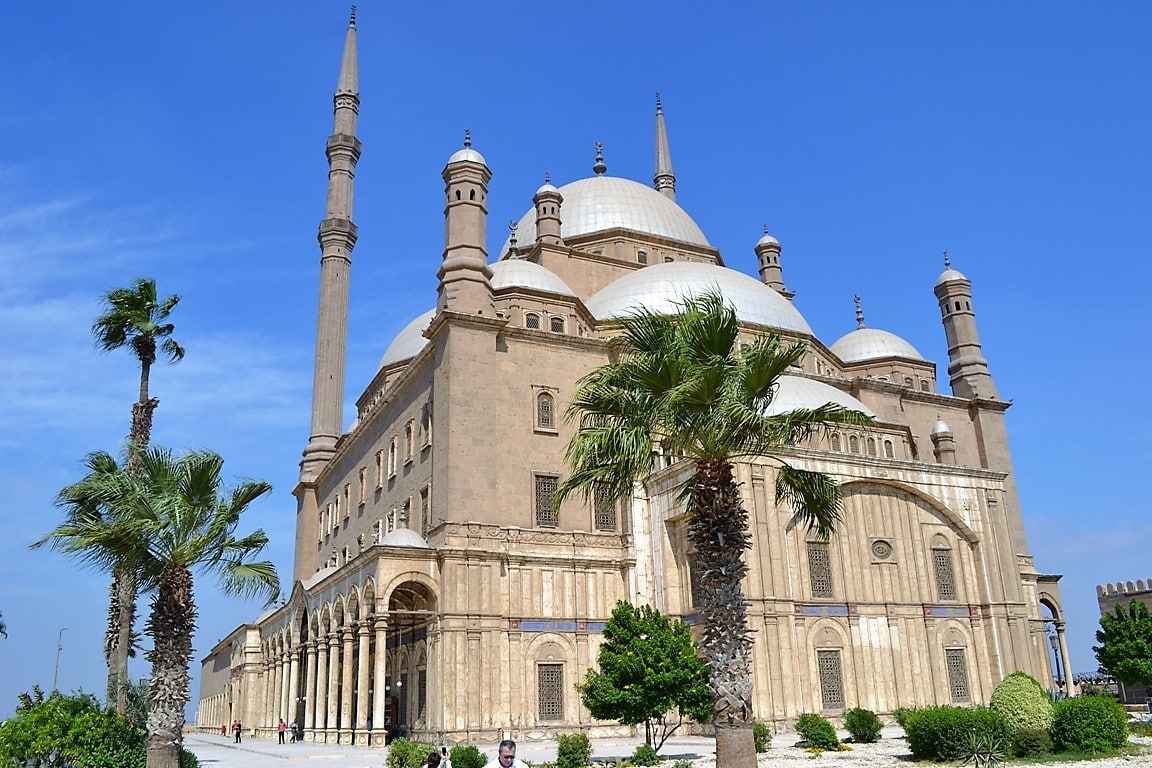 The Pharaonic Village in Cairo is an embodiment of the ancient Egyptian life, which varied between hunting, farming and writing on papyrus and others, and the village contains an exhibition of many pharaonic and archaeological products, and upon entering the visitors they are greeted by the reception buoy, the upper floor of which contains the Cleopatra Museum, Which tells the period of Cleopatra’s reign to Egypt.
Visitors can enjoy riding the floating boat in the water canals that surround the village, knowing the methods of embalming, glass and pottery making, fishing and irrigation methods, agriculture for the ancient Egyptians, and how to draw and write hieroglyphics and others.
It is possible to learn about the different historical eras, by visiting museums in the village such as the Islamic Museum, the Barge Museum, the Heritage Museum, the Pyramids Museum, as well as the museums of former Egyptian presidents such as Gamal Abdel Nasser and Anwar Sadat.
Visit dates:
Everyday from nine in the morning until five in the evening.
Entry prices:
Ticket price is about 300 pounds, and prices vary according to the places to be visited. 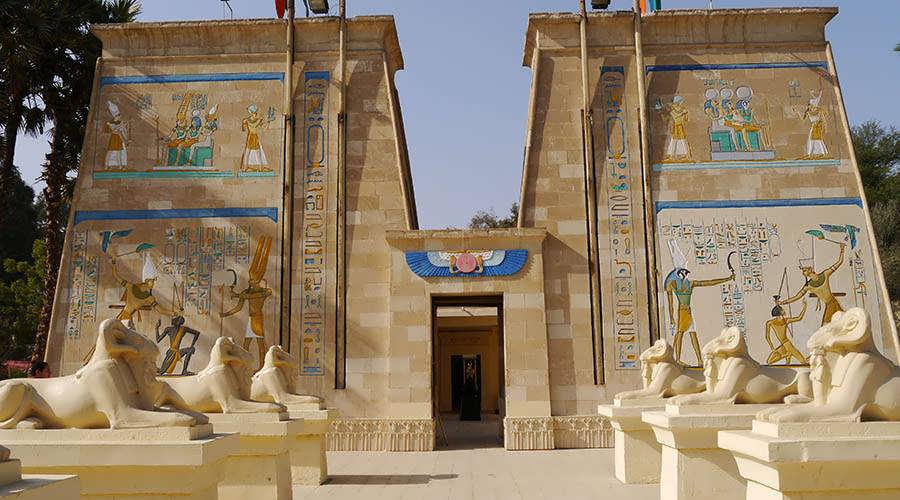 Tourist places in Alexandria
Alexandria is the second capital of Egypt, and the bride of the Mediterranean. It contains many important tourist attractions, including the following:

This theater is located in Kom al-Dikka, and the Romans built it in a magnificent engineering shape in the fourth century AD when they were taking over the rule of the city. In two compartments.
Entry prices:
Admission is free for everyone.
Visit dates:
Everyday from eight in the morning until five in the evening. 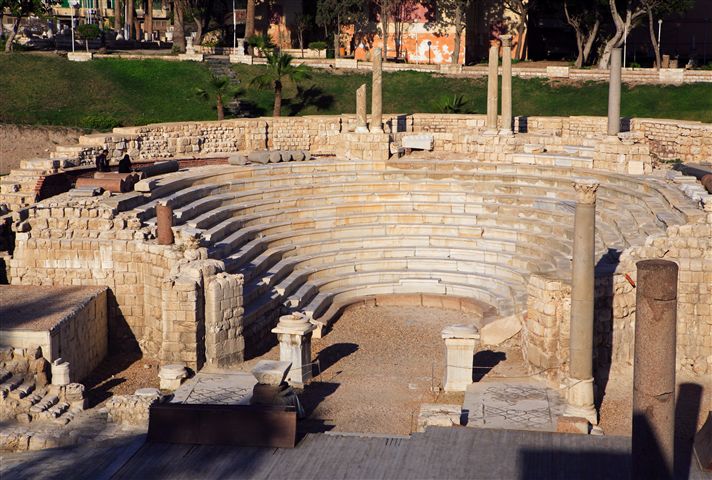 This museum was initially built as an Italian-style palace of a wealthy wood merchant on Liberty Road in the city, then was bought by the American embassy and then the Supreme Council of Antiquities in Egypt, which turned it into a national museum in Alexandria.
Visitors can walk around inside and enjoy watching the 1,800 ancient Pharaonic pieces, and learn the story of each of them, which represents the Islamic, Byzantine, Roman and Ptolemaic ages, in addition to the pieces of the family of Muhammad Ali Pasha.
The dates of visiting the museum:
From Sunday to Friday from nine in the morning until four in the afternoon.
For entry prices, you can visit the official website of the museum from here. 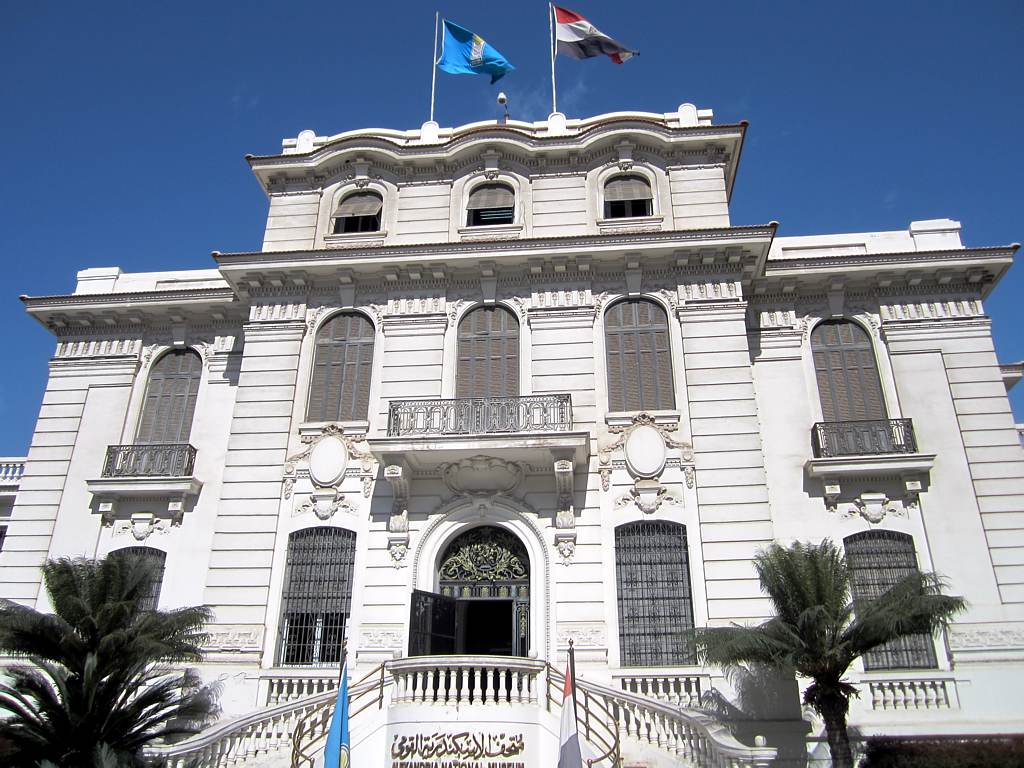 It is one of the most important tourist attractions in the city, and its location on Qaitbay Street. The museum displays figures of marine living creatures, in addition to various marine animals such as fish, seashells, turtles, and others.

The Library of Alexandria is considered one of the most famous landmarks of the city and the most important purposes of tourism in it, and it was classified as the second largest library in the world, because it contains a huge number of rare books and visual and audio media, in addition to books that have been gifted to it from various countries of the world, and the library visitors vary Of researchers, whether citizens or foreigners of all ages.
The library has a special section for children, which contains books dedicated to them. The library also provides documents and various manuscripts through the library of microfilmic materials, as well as the library of maps, which includes about 7000 maps covering all parts of the world.
As for the museums museums, it contains 6 museums that contain artifacts representing the different eras of the Egyptian civilization, unlike the manuscripts museum, which includes manuscripts from the Alexandria Municipality Library.
Ticket prices:
The ticket price is 10 pounds for students, and 70 pounds for tourists.
Visit dates:
From Sunday to Thursday from ten in the morning until seven in the evening.
On Saturday from twelve o’clock in the afternoon until four o’clock in the evening.
Friday from 2 pm to 7 pm. 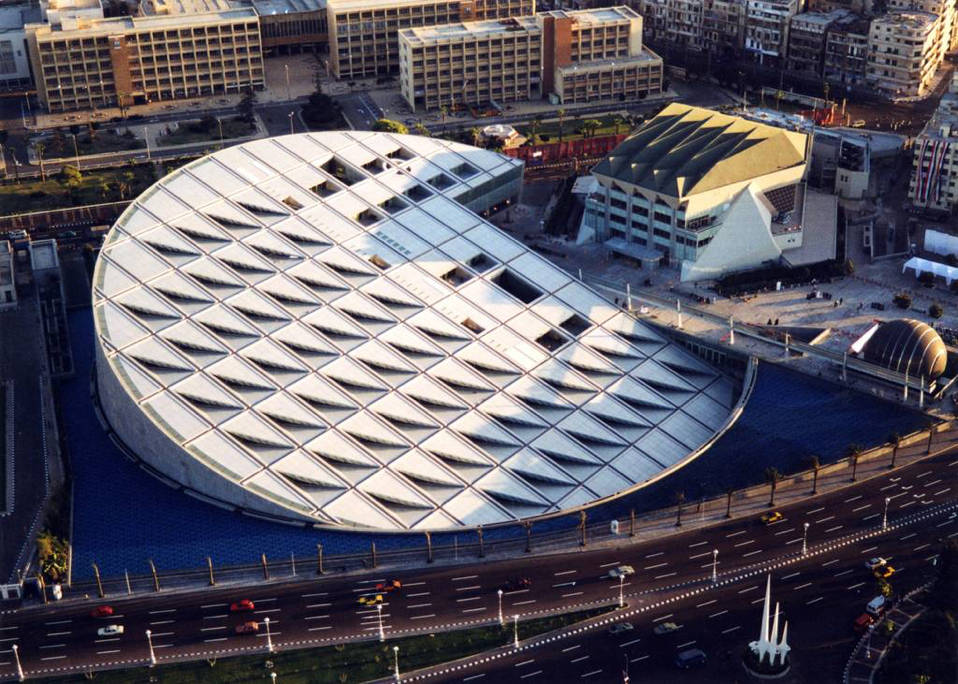 The most important places of tourism in Georgia