Going on a cruise is one of the best experiences that you can test, as cruises can take you on a wonderful tour to the beautiful coastal ports in Europe or the Mediterranean and even the Baltic Sea, but despite its magnificence, it is not enough to fulfill your dream of exploring new cities. Cruises may give you an opportunity to see beautiful European coastal cities such as Barcelona, ​​Athens, Stockholm, etc., but many other European cities will remain hidden for you and the reason is that they are near rivers or waterways, which are characterized by the fact that most of them are not large enough to accommodate Large sizes of marine tourist ships, and this means that you will not be able in this case watch cities like Vienna, Budapest and Paris aboard a cruise, but what about the river ships?

River ships are characterized by their small size and therefore they accommodate traffic in small rivers and narrow paths, which will give you an opportunity to explore the cities near the rivers that cannot be used by cruises, and we are not talking here about European cities only, there are many beautiful cities around the world.

If you decide to go on a river cruise, you will find many options available to you as there are currently many tourism companies that can take you on a trip to where the most beautiful rivers in the world start from the Amazon in South America, the famous Yangtze in China and the river Mekong, which passes through Vietnam and Cambodia, up to the Nile, come with us to get to know the most famous tourist destinations that can be visited by a river cruise and the most important characteristics of each of them:

Europe:
If you are planning to go on a river cruise for the first time, Europe will be the best place to start, as you will find many wonderful tourism companies that organize regular river cruises in the rivers of Europe and you will find many great options before you.
For example, you can go on a cruise that sails on the Rhine, which passes in several countries, the most famous of which are the Netherlands, Germany, France and Switzerland, and there is also the Danube, which passes through Germany, and there are river cruises that pass through the Seine in France, and the Volga in Russia in addition to that there are many Excursions that take you through small rivers take you between beautiful villages and towns in countries like Austria, Slovakia, Hungary, and even Bulgaria.

Best seasons for a cruise in Europe:
In the beginning of the spring season until the end of the autumn season, where there is a good percentage of discounts, in addition to the holiday and festive seasons, especially from the end of November until New Year’s Eve.

Asia:
There are many beautiful rivers in Asia where river cruises are organized continuously, the most famous of which is the Yangtze River in China, which will not only take you to where a group of the most beautiful natural areas in the world are, but you will also not face problems related to water levels or low bridges, In addition, you will find that river cruise ships in the Yangtze River also organize land trips for its guests, so expect to go on a land tour in areas near Beijing and Shanghai, and many other small villages along the river.

There are also amazing river cruises in the Mekong River that runs through Cambodia and Vietnam. Most of the river trips often pass through Siem Reap and Ho Chi Minh City. These trips often include a wild tour of the archaeological areas near the itinerary, nearby rural villages and nearby religious temples. .

Best seasons for a cruise in Asia:
Some tourist companies organize river trips in Asia throughout the year, but others often organize them during the period from the beginning of April to October.

Egypt:
The easiest way to explore the Nile River and famous archaeological temples in Luxor such as the Karnak Temple, and other famous archaeological areas Kum Ombo, Edfu, Dandara, Valley of the Queens and Valley of Kings is to go on a river trip in the Nile River, which is often concentrated in Luxor and Aswan, and the duration of the trip is often what Between three days to a week.

Best seasons to go on a cruise in Egypt:
River cruises in the Nile are organized throughout the year, but the peak season usually begins during the period from the beginning of October to May.

South america:
The Amazon River is the second largest river in the world in terms of size and depth. It passes through several countries in South America, but river trips organized in the Amazon River are often concentrated in Brazil.

The most famous tourist companies that organize river cruises in South America: “international expeditions”, “Aqua Expeditions cruises”.
The best seasons to go to a cruise in South America: Amazon river trips are organized throughout the year and the number of trips increases in particular in the winter season due to the high level of water in the river from December to May, unlike the rest of the seasons of the year when the level of water level decreases. 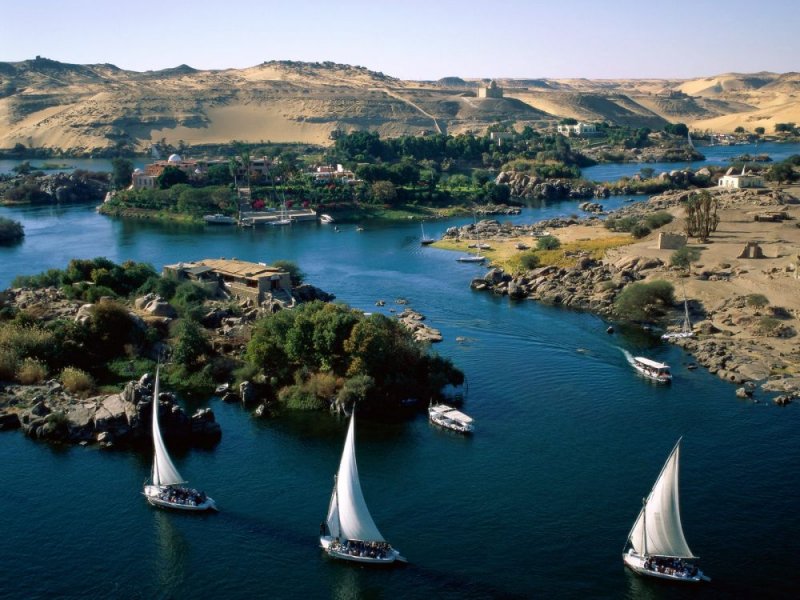 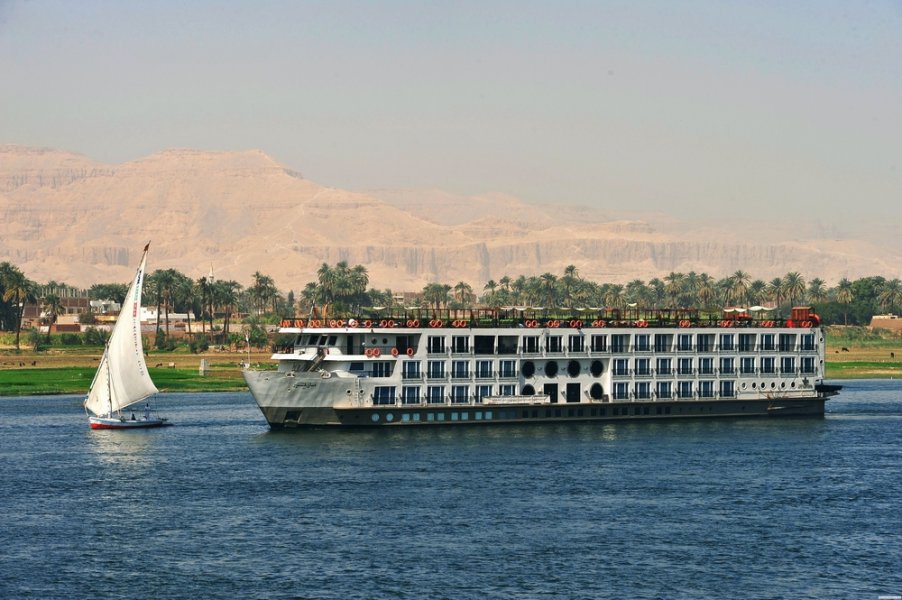 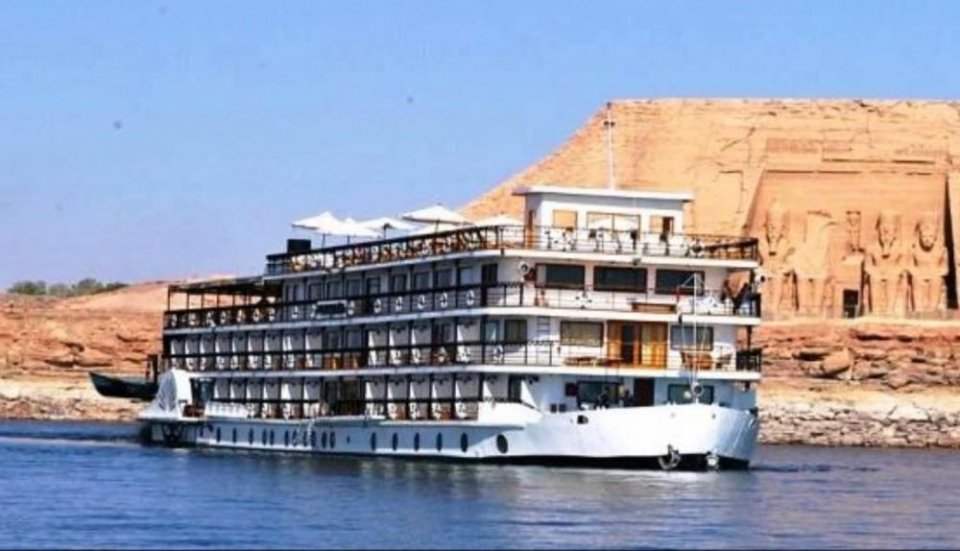 Going a river trip among the temples in picturesque Luxor 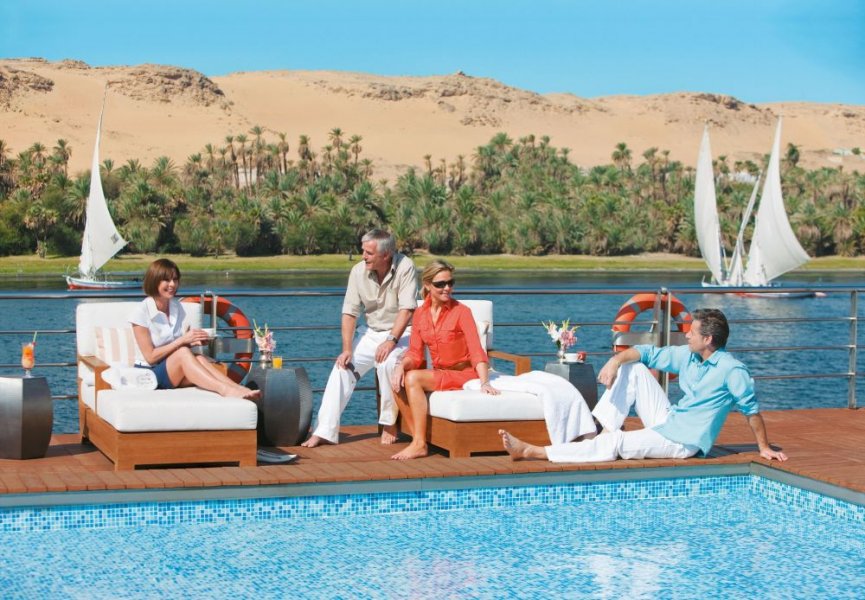 River trips in the heart of the Nile in Aswan 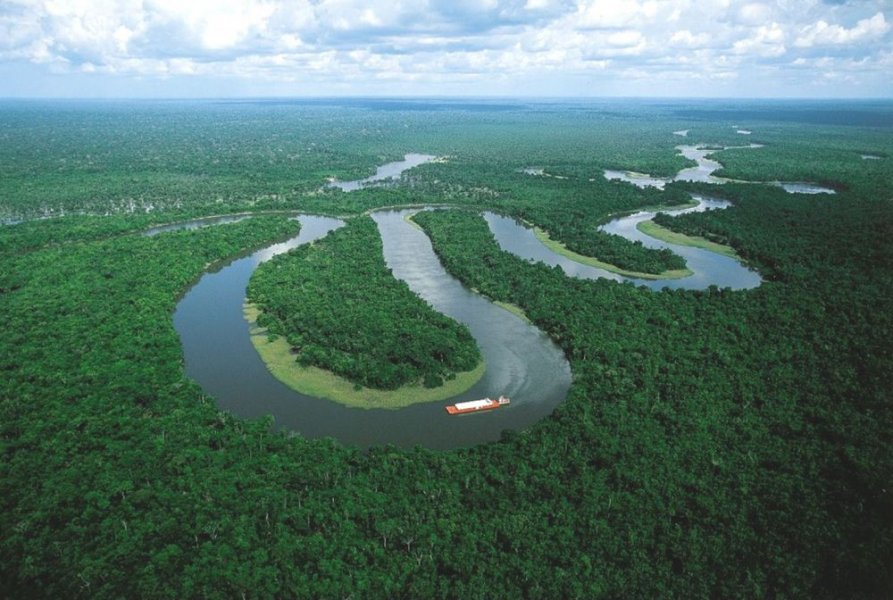 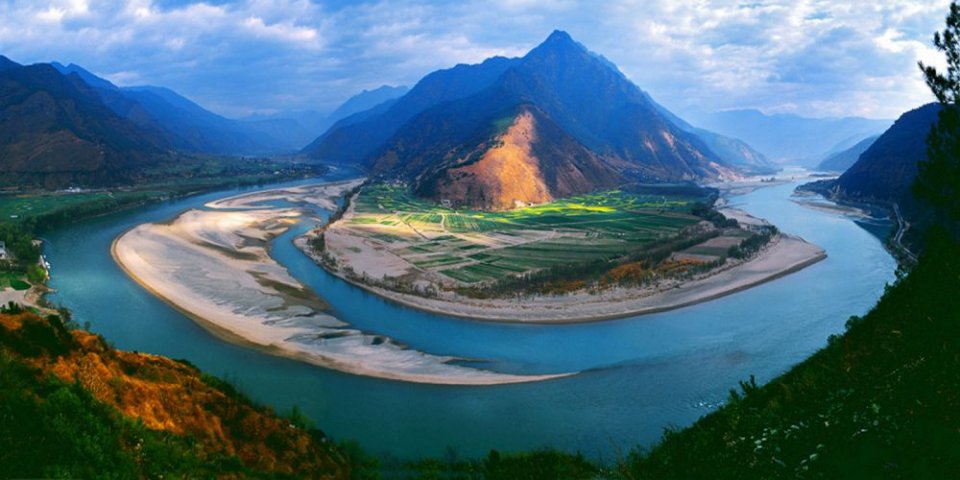 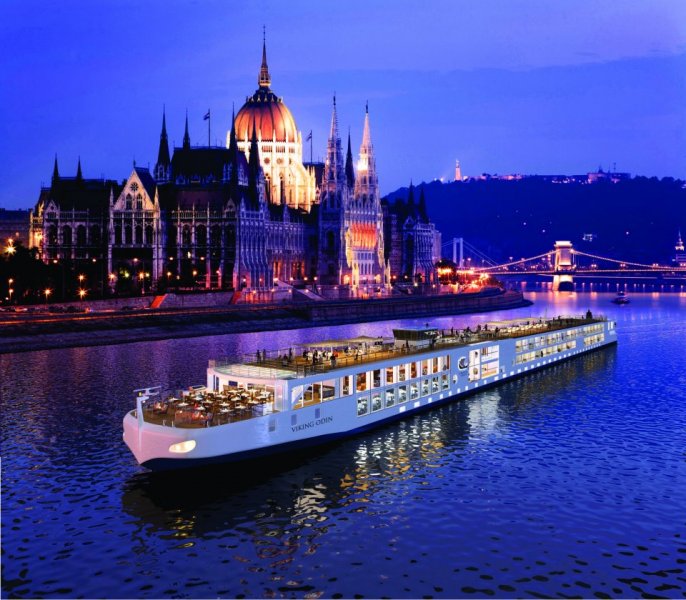 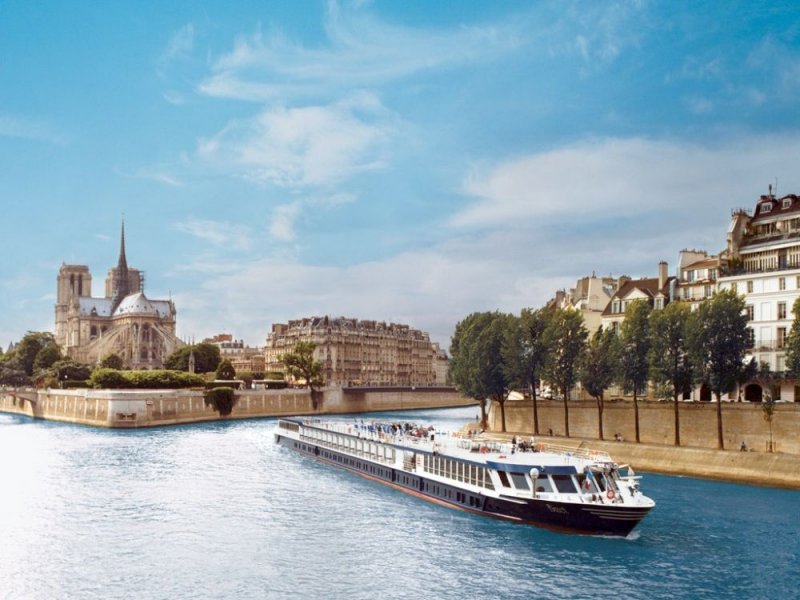 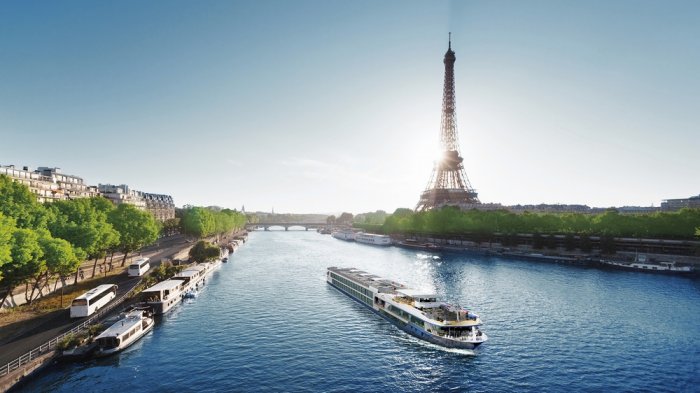 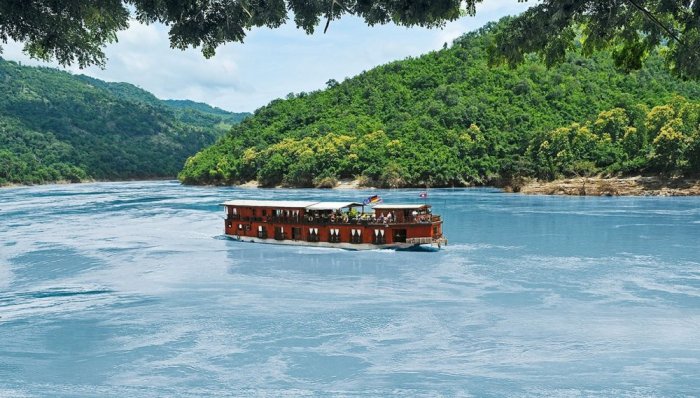 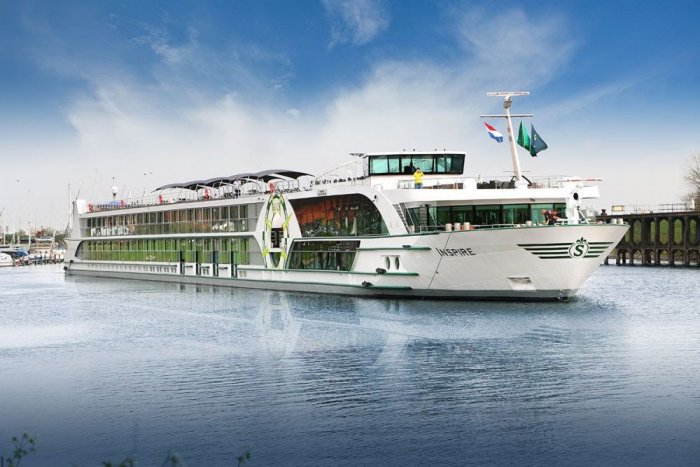 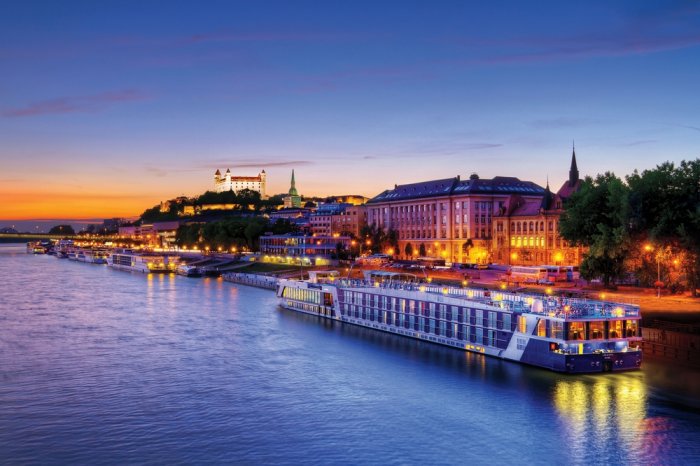