The best tourist places in the city of Sarajevo

The city of Sarajevo is considered one of the most attractive cities for tourists in Bosnia and Herzegovina, as it contains a lot of ancient historical places, and the best tourist places, in addition to becoming a peaceful city whose citizens live in peace without sectarian conflicts, which makes it famous for being a safe country and Safety. 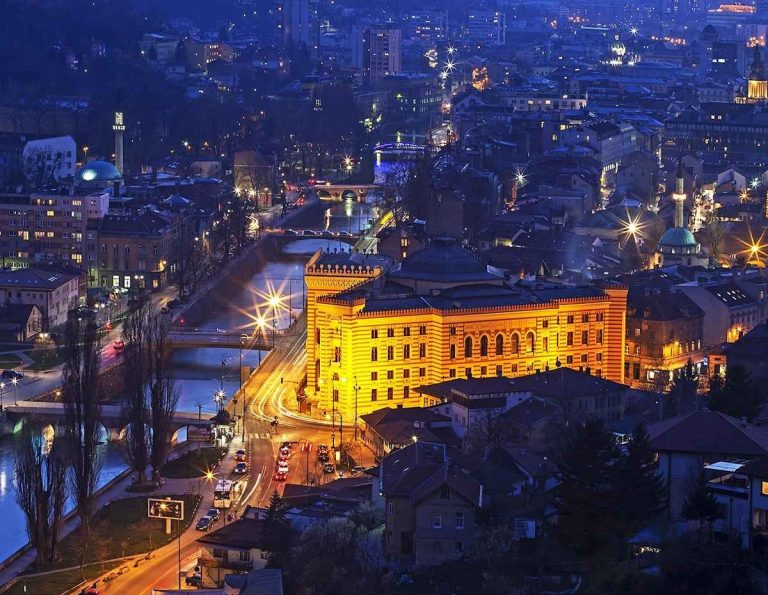 – The best tourist places in the city of Sarajevo:

Ghazi Mosque is the largest historical mosque in the city of Sarajevo, and was established in 1532, and is considered the center of the Islamic community there. Ghazi Mosque opens its doors to tourists, to see an example of Ottoman architecture in its style decorated with distinct Islamic patterns and designs. Surrounded by the outside is a wide open courtyard, with a fascinating water fountain in the middle. In 1996 it was rebuilt again, due to the damage it suffered during the wars Eligibility. The Ghazi Khusraw Bey Mosque is located in the Saraci area of ​​Sarajevo, in Bosnia 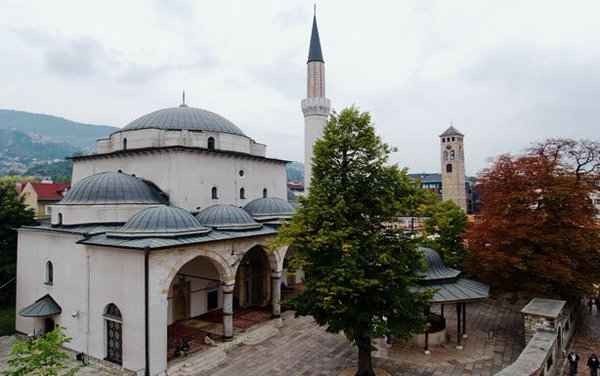 The Kovaci Memorial Cemetery is the cemetery that was dedicated to Bosnian victims, during the civil war between Bosnians and Serbs. It is also distinguished by its proximity to the "Yellow Castle" hill which overlooks it directly, and it is one of the most beautiful scenic spots, and sunset can be seen above all the city above it. 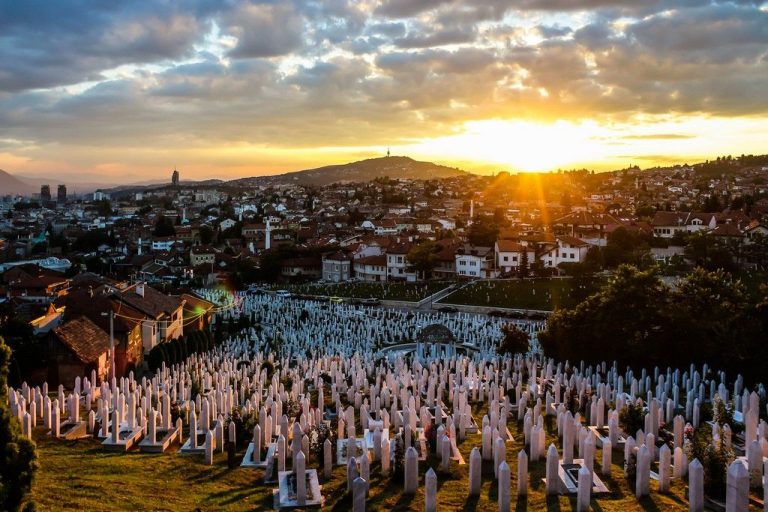 Sarajevo City Hall is one of the most amazing places in its style and architecture, which belongs to the heritage of the Austro-Hungarian Empire. It was known locally as the Municipal Council and was built in 1898, but it was renewed after the Civil War. During its renewal all the architectural details were transferred Of its style, even in patterns of interior engraving, drawings, and glass colors. Sarajevo City Hall includes many military exhibitions, in addition to other galleries of photos and art. Sarajevo City Hall opens from Monday to Friday from 10 am to 5 am Evening. It is located in the State of Abla El-Banna, in the city of Sarajevo, Bosnia 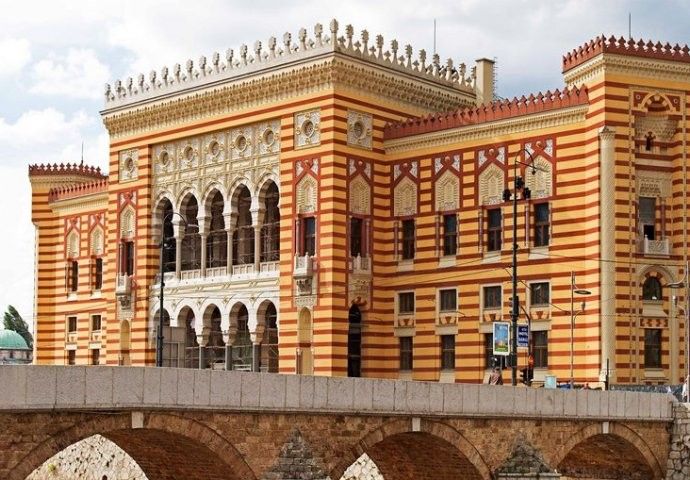 Pascaría is the most historic city in Sarajevo, as its style belongs to the fifteenth century, and is considered the historical cultural center of the city. The city contains a group of ancient markets, in addition to a small group of tourist bazaars, and a group of restaurants and popular cafes Its commercial products range from antiques to handicrafts that mix Eastern European and Turkish industries. A visit to Pascarea is an ideal tour for history and shopping. It is located in Pascarcia, Sarajevo, Bosnia 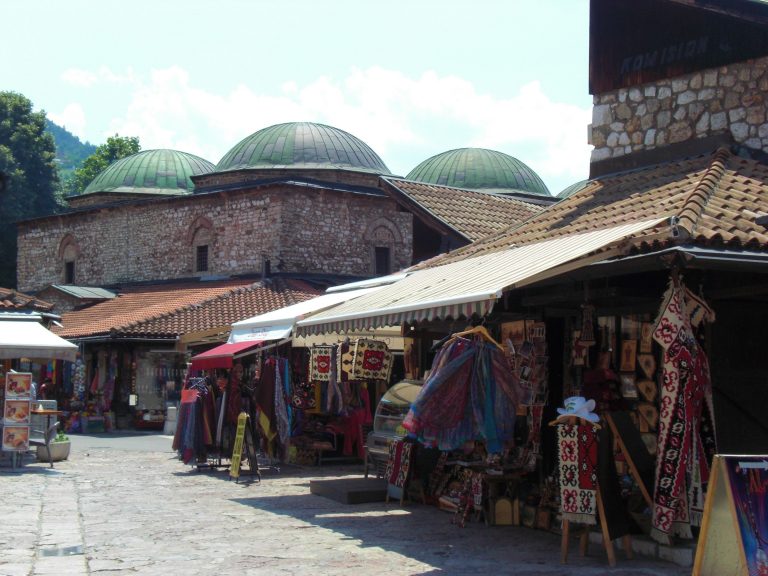 The Jewish Museum is one of the best historical museums in the city of Sarajevo. The Jewish Museum in Sarajevo is distinguished as a historical monument to the Jewish peoples, as it is one of the first Jewish museums in Europe. At the beginning of its establishment it was a temple of prayer, but after the establishment of the new Jewish temple next to it, it stopped As a place of worship, the museum contributes to the advancement of arts and culture in Sarajevo, as it contains many historical exhibits of the Jewish community in Bosnia, as well as exhibits that suggest many aspects of the Sarajevo civilization. It is located in the Mawla Mustafa region, in the city of Sarajevo, Bosnia. 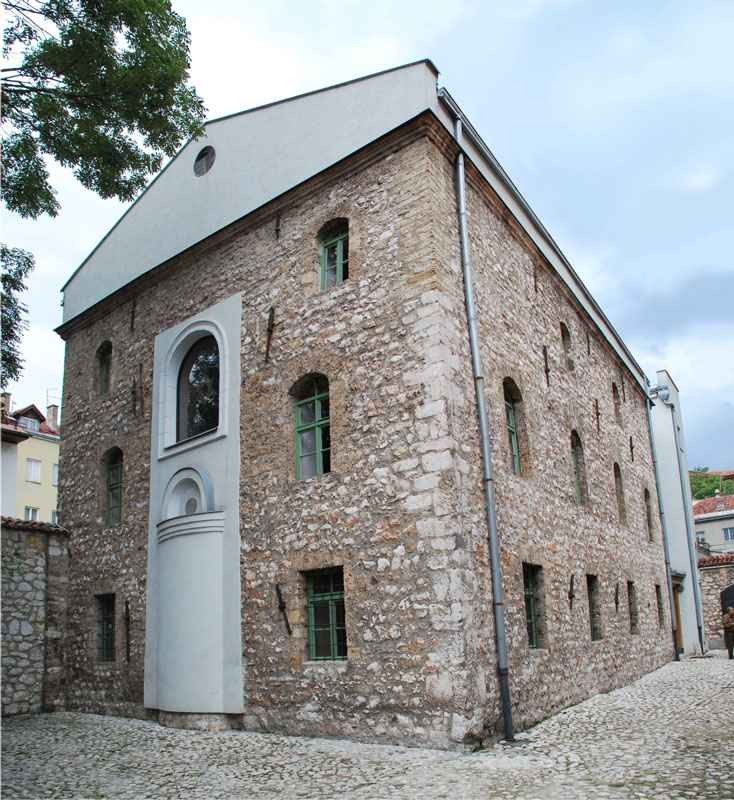 Brands stores in Amsterdam where luxury shopping and unique products