The fence in Montenegro 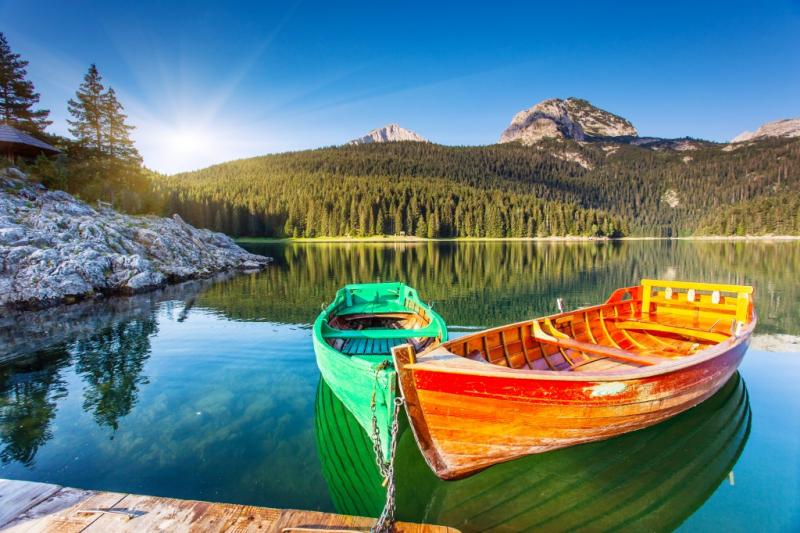 Montenegro gained independence in 2006, by referendum in which 55 percent of its population demanded independence from Serbia.
Today, the young country has become one of the destinations that are strongly present on the tourist map for the people of the Gulf states, especially during the hot seasons. It occupies an important position in the Balkans, where it became a naval base during the days of the Roman Empire, characterized by its mild climate in summer and its welcoming atmosphere.
Therefore, if you decide to enjoy a vacation that includes everything, from ancient history and relics that amount to hundreds of years, through the picturesque nature and mild climate, we advise you to reserve your tickets right away to “Montenegro”!

Montenegro is under a microscope 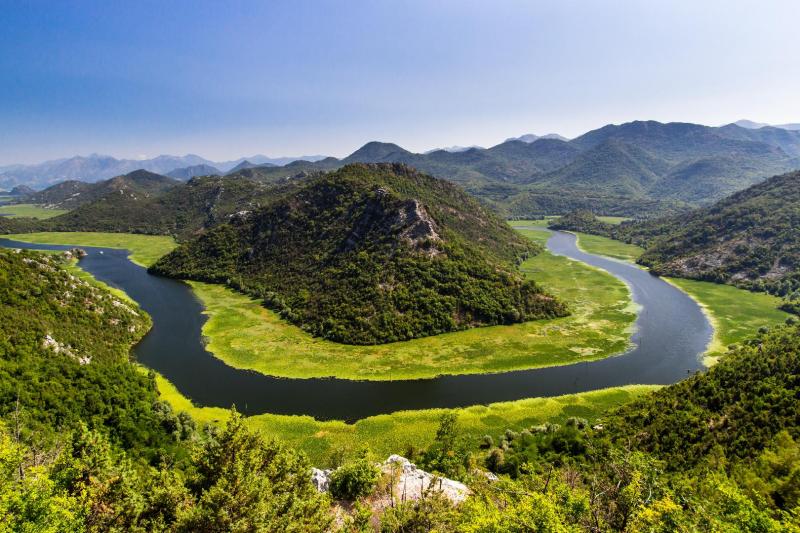 Montenegro has a wonderful coastal strip open on the Adriatic, which borders it on the southwestern side, at a distance of 295 km. This means that the view from above, that is, from the highest mountains surrounding the sea and from mid-altitude areas, is breathtaking.
Speaking of mountains, they occupy about 70 percent of the country’s area and reach an altitude of 800 meters.
Although “Montenegro” is newly independent, it has a long-standing heritage thanks to its geographical location, which is not separated from the Mediterranean Sea and the heart of Europe at the same time. 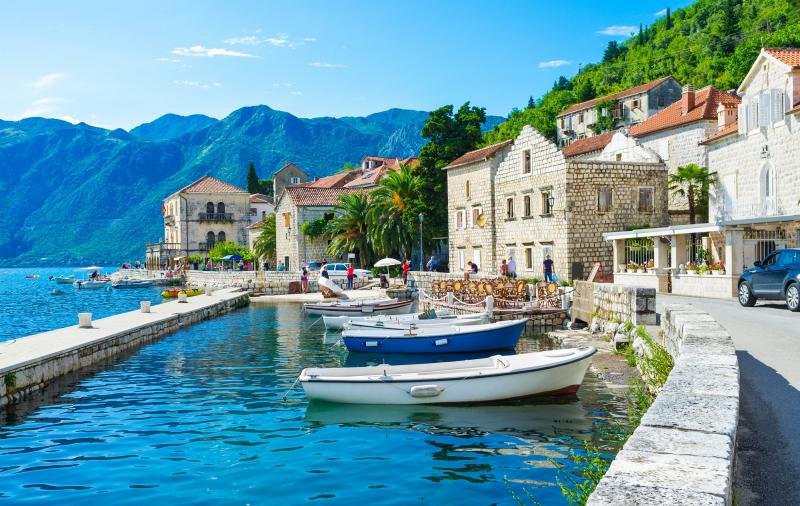 A coastal city located on the mouth of the Scorda River, lying on a stunning bay. It belongs to the era of the Middle Ages, everything in it indicates the ancient past that managed to leak into our present, without causing much damage to it. Couture is one of the most beautiful areas that a tourist can visit, so it is not surprising that its name is included on the list of the “UNESCO” World Heritage. The reason is that it contains an old part surrounded by a castle and a historical wall. 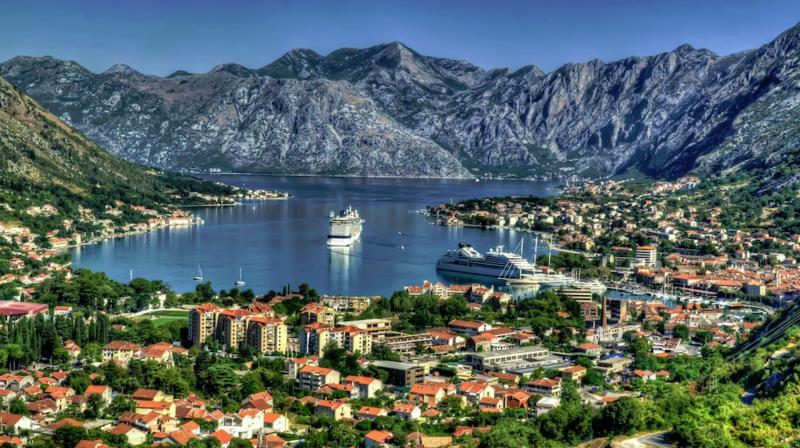 When visiting Kotor, be sure to head to Budva, the neighboring town, as it embraces a historical heritage dating back more than two thousand years. However, the time was not tampered with. It has a vibrant nightlife, and during the day you can benefit from its golden beaches. Budva is characterized by its narrow, stone-lined alleys, while its castle is still a witness of the Middle Ages. 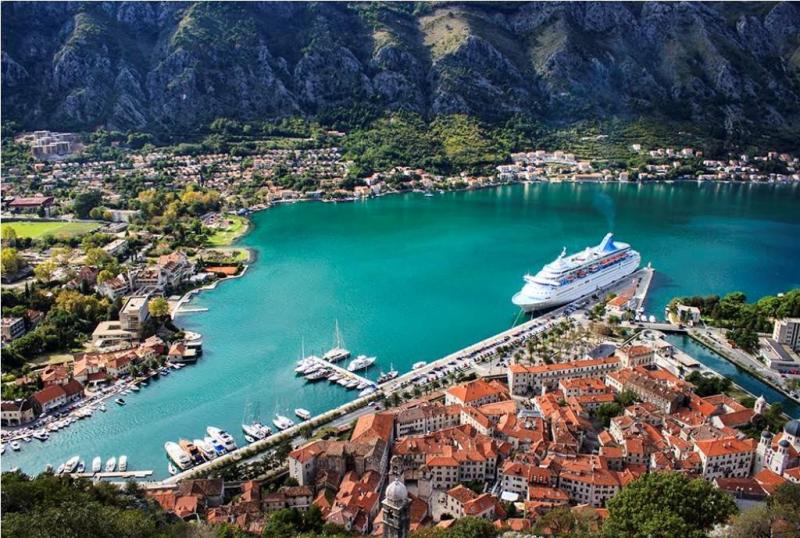 The national park that houses the mausoleum of Amir Montenegro, its political leader, is embraced by its cultural leader Peter II Petrovich Negus (1813-1851). Although this man is an important symbol for Montenegro residents, the view from above from the top of the mountain is worth the trouble of going up a winding mountain.

One of the sites on the list of the “UNESCO” World Heritage. This lake, close to the border with Albania, is home to a variety of wild and waterlife. Surrounded by impressive Karst Mountains, it is surrounded by golden beaches. The result is an exquisitely green plaque, in which a blue water artery surrounded by traditional fishing villages is wrapped.

If you are a nature lover, we advise you to go to this place that contains “Black Lake”. This park, which can be reached through the village of Zbeljk, includes many lakes, canyons and mountains, as well as the famous Tara River, being the longest river in Europe and the deepest. It is also home to many animals and birds, including brown bears, wolves, wild cats, eagles and owls.

A border town located in southern Montenegro, near Albania. Formerly called the “Pirate Capital”, it is today one of the most famous cities in Montenegro, thanks to its beautiful corniche and its wonderful beaches.

No matter how you took a picture in this city, the background will look amazing, but the secret lies in its stone-decorated stone houses. It also has two churches located on a nearby island, so boat trips start regularly from Berast. The city can be visited, by bus or taxi, from Kotor or other areas in Montenegro.
Notes for travelers:
“Montenegro” exempted the citizens of the United Arab Emirates and its residents who hold valid residency visas from the prior visa to travel to its territory.
Montenegro has many luxury five-star hotels, such as Aman Resorts, One & Only, Four Seasons and Orascom.
Driving in Montenegro is not one of the best that you can experience, because mountain roads and turns make a challenge for the foreign driver, especially since many of them are not lit, as well as some residents are known for their sharp nature while driving.

Yekaterinburg is the jewel of Russian cities