Report on the good faith hotel

Savor Italy with the flavors of each city

The best 4 places to visit in Belgrade, Serbia

What is the capital of the Comoros country?

Home ⁄ unclassified ⁄ The most famous food in Spain …. The best and most famous 7 dishes in Spain
Share on
Facebook TwitterWhatsapp

Where is Odessa located and what are the most important cities near Odessa?

What is a Schengen visa

You are the most famous cuisine in Spain, which is characterized by elegance and charm of the Spanish cuisine. Spanish food is based on making the most of the best local products, through which delicious appetizers, wonderful seafood, and delicious traditional grills are served.

The most famous food in Spain:

This dish is one of the most popular and loved dishes in Spain, and its main components are: (eggs, potatoes, and onions cooked in olive oil), and this dish has many forms where it is thick and thin. Although it is said that this The dish is easy to prepare, but it is one of the dishes that requires a special technique in cooking it. 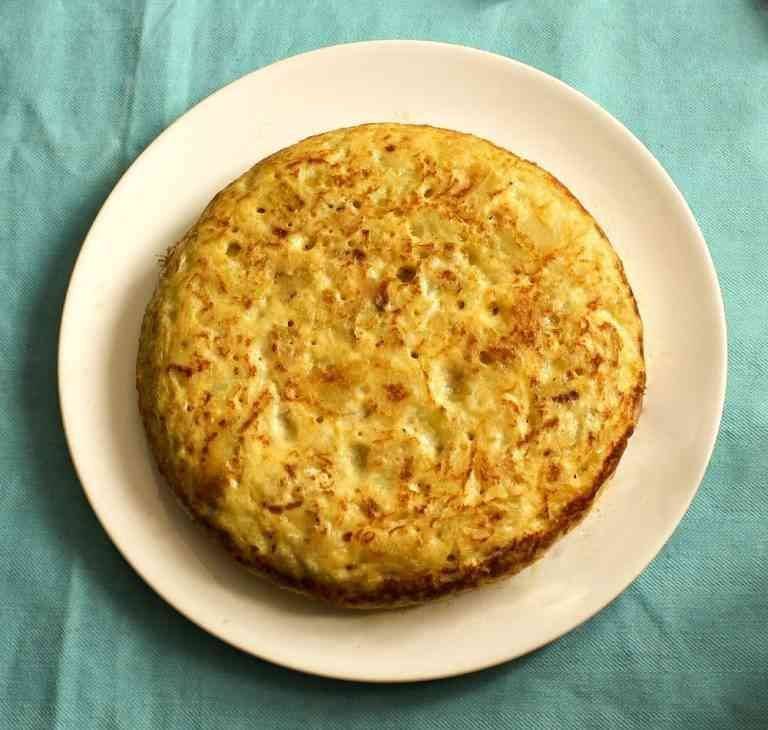 Paia is a traditional rice dish that originated in the city of “Valencia”, and it has three common types: Paia Valencia (it consists of white rice, vegetables, chicken, duck meat, rabbit meat, wild snails, beans, and spices). Paiya seafood (it consists of rice, seafood, and spices). Paiya Mixa (it is a free mixture of ingredients and usually consists of rice, chicken, seafood (including shellfish), vegetables, olive oil, saffron, And other spices). 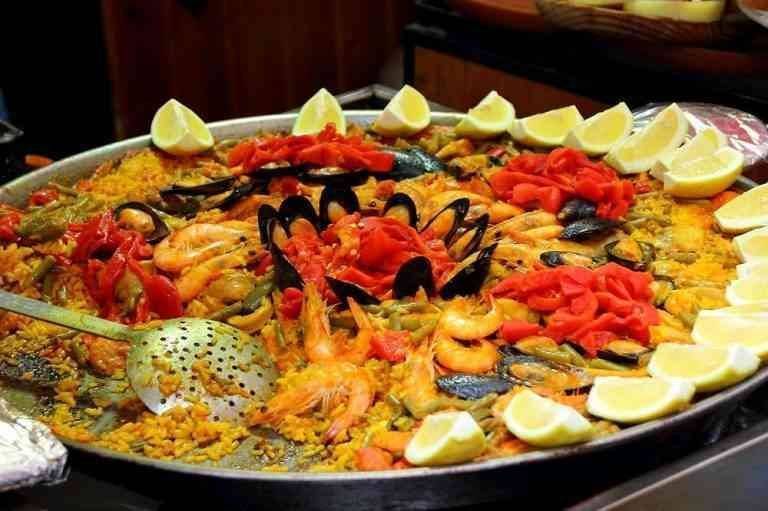 Read:Guide to the most beautiful places of tourism in Yanbu Saudi Arabia

This dish is like most Spanish dishes, as it can be cooked in more than one way, it can be spicy, cold, soup, or salad, and it originated in “South Andalusia”. In general, this dish consists of: ( Tomato, cucumber, onion, garlic, a little olive oil, wine, vinegar, water, and salt. Olive oil, vinegar, and salt), served with toast, ice cubes, and pieces of tomato, cucumber, and onion can also be added. 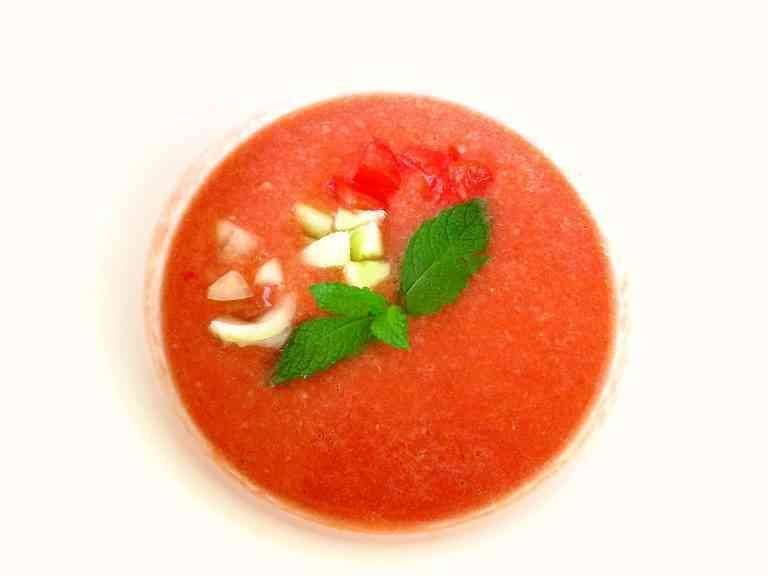 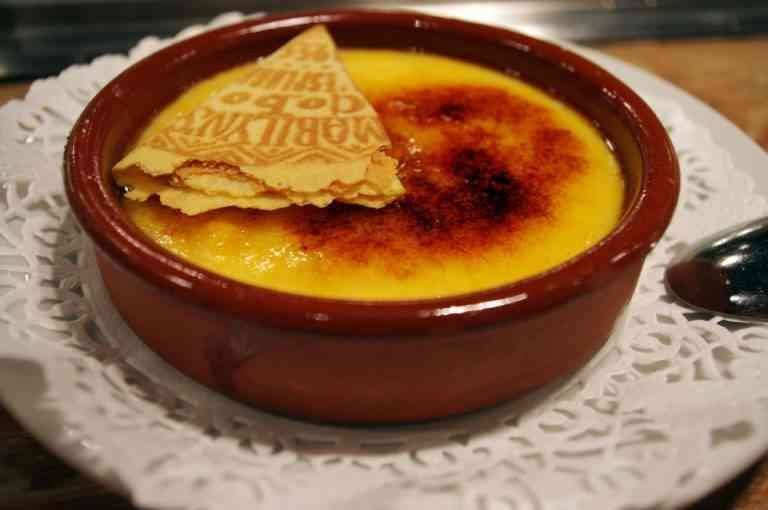 Gambas Ajillo is simply a delicious Spanish dish, whether served as an appetizer or main course. This dish is very quick and easy to prepare and the way to prepare it is: (We cook fresh shrimps with a little olive oil, garlic, and chili slices, and So for 10 minutes, then after that you will have got one of the most delicious and famous dishes in Spain. 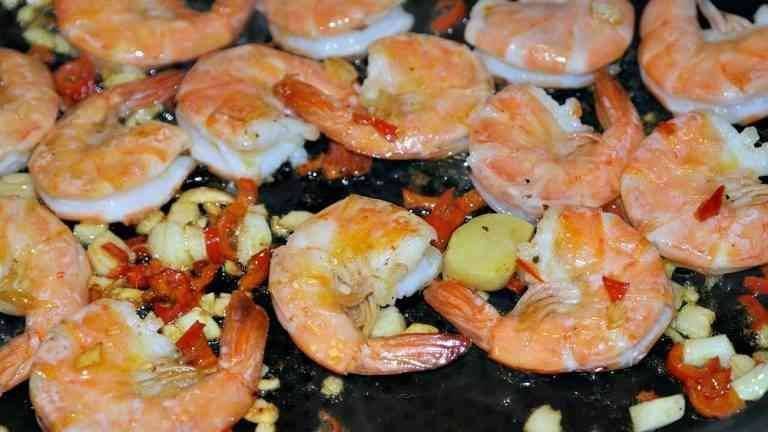 6. Octopus on the Galician way – Pulpo a la Ga

This dish originated in the delightful “Galicia” region, and you should visit this picturesque area in Spain, which is widely known for its amazing seafood, and we must try to eat “octopus with paprika on the Galician way”, which it offers In a platter of wood. In order to have an unusual experience, you should not miss the “Octopus Festival” that takes place every August in the “Municipality of Carpayeno” (a municipality located in the province of Ourense in the region of Galicia in northwestern Spain). 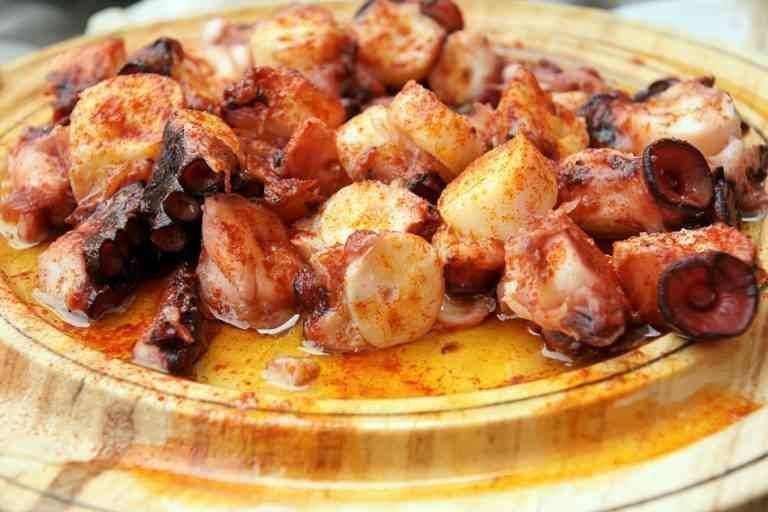 In fact, there is no one in Spain who can cook rice better than the original “Valencia” population. One of the most famous foods in Spain is rice dishes of many different types, including: (green rice with shellfish, rice with beans and turnips, and rice with Salty cod.) Black rice consists of: (white rice, squid, seafood broth, olive oil, sweet pepper, onion, and squid ink “the ingredient that converts the color of rice to black”). If you are on a visit to “Catalonia” Or “Valencia” you can skip eating “paia”, because now it is a traditional Spanish food that you can find it all over H Spain, and you can replace it with a delicious “black rice” experience. 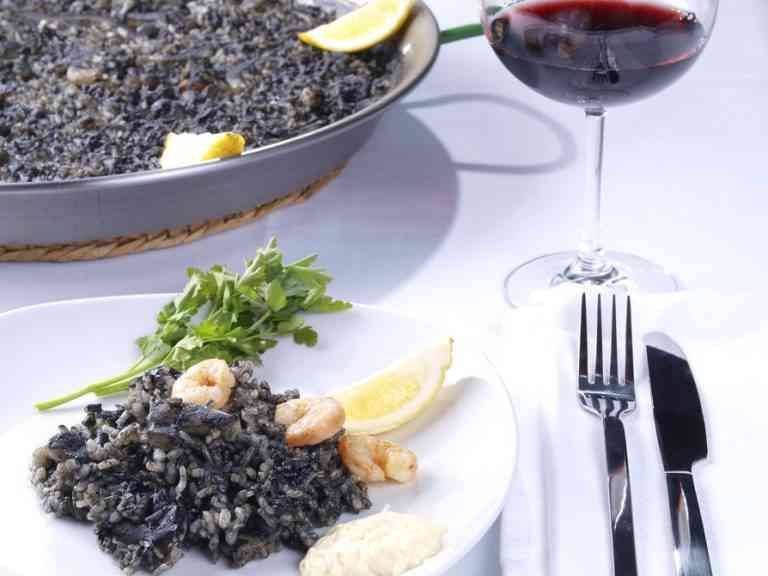 Read:The most beautiful places of tourism in Izmir is recommended to visit
Previous post

Famous food in British cuisine … you should try it out

For nature lovers, you have the coolest European destinations for 2016

Where is Selangor and what are the most important cities near Selangor?

The best 3-star hotels in Munich .. classy to save more