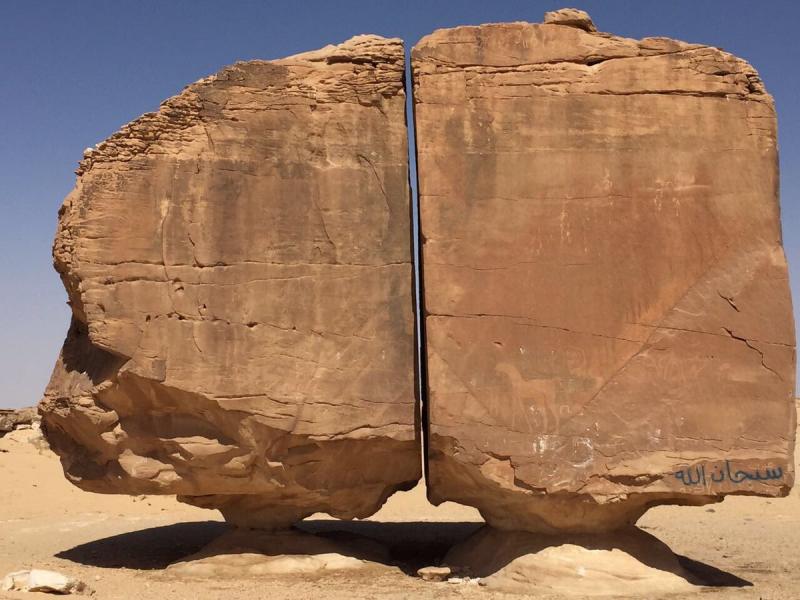 Al-Nusla pebble is characterized by an attractive large rock mass and is characterized by a conical shape which was formed due to weather factors and winds. The Nusla has been named because it has blade or separated from the mountains from which it approaches, and this rock is a place to meet Antarah bin Shaddad Al-Absi with his beloved and his cousin Abla, who was loved by Ashqa. This region is Diyar Bani Abs in the past, and the two rocks are located in the north of the province of Ayoun al-Jawa and at the northern end of the town of Ghaf al-Jawa northwest of Buraidah.
The two rocks were related to Antara bin Shaddad al-Faris, the well-known Fares of that region before Islam, which the Arabs knew as a knight and a poet, and Antara mentioned sites in the Qassim, including the eyes of the atmosphere in particular, including his saying in one of the verses:
I was locked in it for a long time, and I complained .. I complain to the foot of the remains
O House of Abla in the air, speak .. My uncle in the morning, House of Abla and submit my greeting 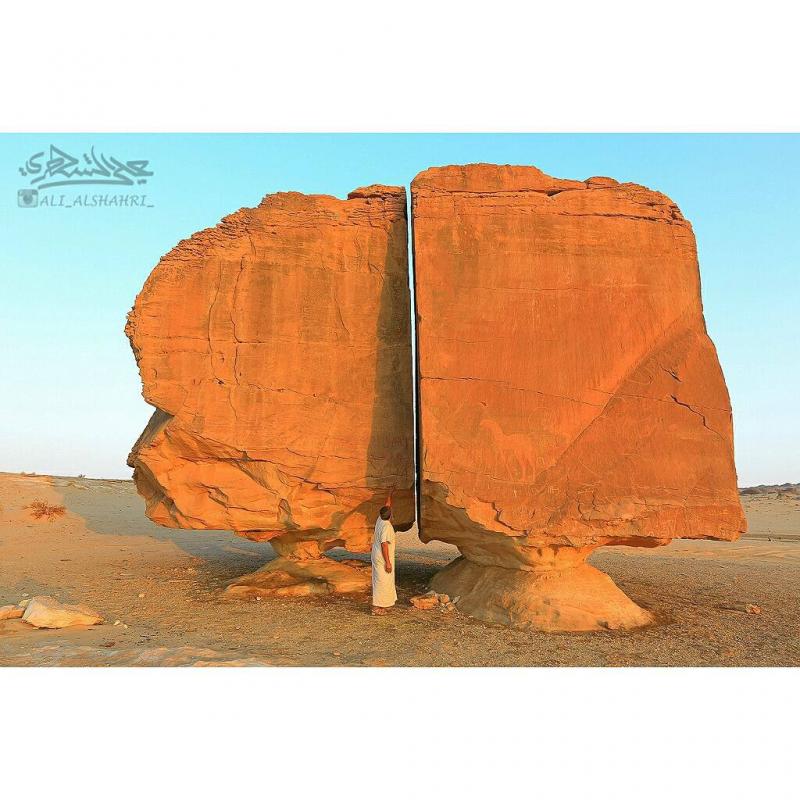 And the two famous rocks take special forms, which geographers see as one of the natural phenomena that deserts know in more than one region, where they call these rock formations certain names, including rock tables or crow’s nest, and they explain the reason for this phenomenon for several scientific reasons, including what is known as the bottom sculpting of rocks, and its cause Wind loaded with sand grains.
One of the accounts says that Antarah bin Shaddad was tying his horse in the rock and finding his beloved Abla under the rock of the blade, and it was found in Thamudic inscriptions, and these inscriptions indicate the importance that the region enjoyed during the period from the second century BC to the first or second century AD, where It indicates that the area is old settlement. 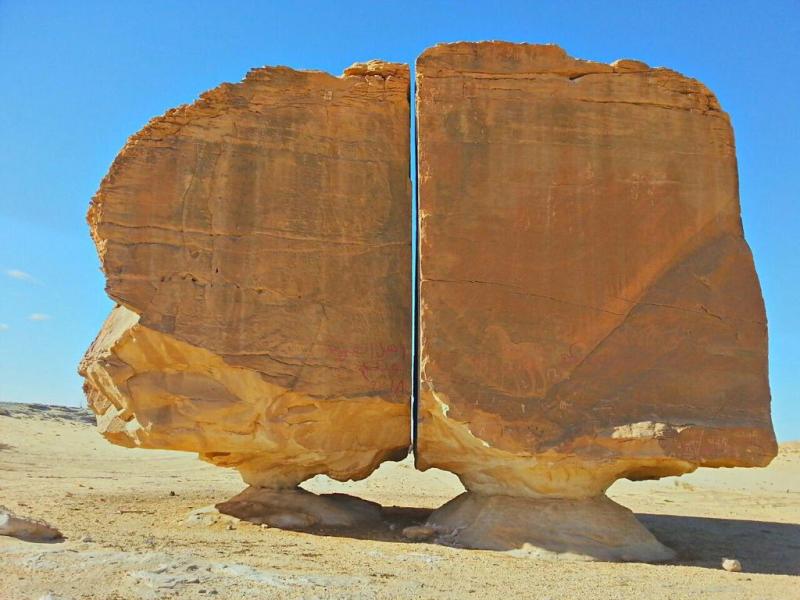 The rock is one of the most important tourist sites that are located on the approved tourist path in the Qassim region, which is a specialized path within the literary heritage paths that the region embraces. The Commission has worked on many programs and introductory activities on the site and the story of the Arab knight Antara bin Shaddad, which extends from Qasayba North East until the rock site in the atmosphere.

The best camping places in the Emirates