The rural towns of the Netherlands are from the Dutch countryside, with which you will not be more beautiful

Zierk Zee is an ancient city in the Dutch countryside and located on a former island in Zeeland, the city has a rich history with over 500 historical monuments.
It is one of the most beautiful rural Netherlands cities of the Dutch countryside, the city's favorite site for many tourists is a 12th-century church named after a Scottish martyr;
That church was destroyed in 1832 by fire and then destroyed, but its sign remains the same.
You can climb to the top for a breathtaking panoramic view of the city.
The city is famous for fishing on the seashore, and there is a distinguished marine museum due to its unique location on the sea.

Zierikzee also read: Roermond the Netherlands ... the legendary Dutch city that will be on your mind forever

Duisburg was the most important and heavily fortified town in the Netherlands because of its strategic defensive position on the River Ijssel.
You can spend time in the city looking at the old houses whose historical stories lie.
There are so many attractions that you can visit such as the mustard museum, vinegar factory, herb garden and the glass museum full of amazing glass artworks;
In addition to the city hall which is said to be the oldest public place in the Netherlands. 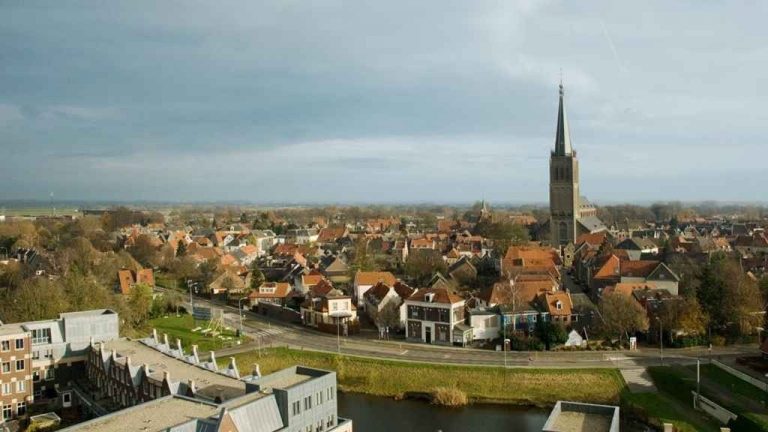 The town of Appingedam was once an important commercial center and seaport where the sea was accessed.
Today, it is a historic medieval city known for its hanging kitchens, which are small rooms hanging off buildings that adhere to the Dumsterdeb Canal.
You can take a ferry and sail around the city and see the hanging kitchens the town houses are famous for.
You can also go cycling and walking, which are excellent ways to explore the city center, which is integrated with the town hall dating back to 1630 in addition to the very large Nikolai Church. 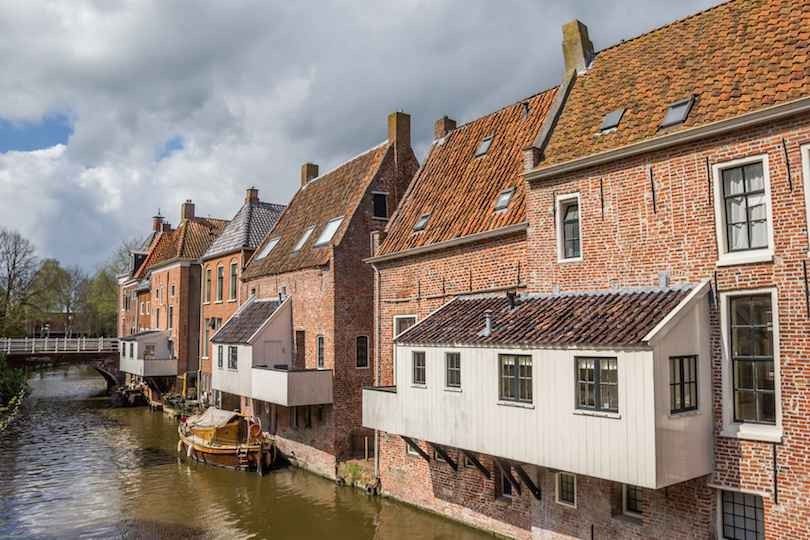 In Oudafater you can get a certificate saying your weight is proportional to your height! These strange practices go back to the trials of witches of the sixteenth century in Europe.
Where people flock to the city of Oudavater to be certified that they are not magicians if their weight commensurate with their height!
Oudafater is a charming and picturesque old town founded in 1265 with its old medieval houses overlooking the canals that fill the city;
Where you can ride a ferry or boat and roam around the city to see its fascinating charm. 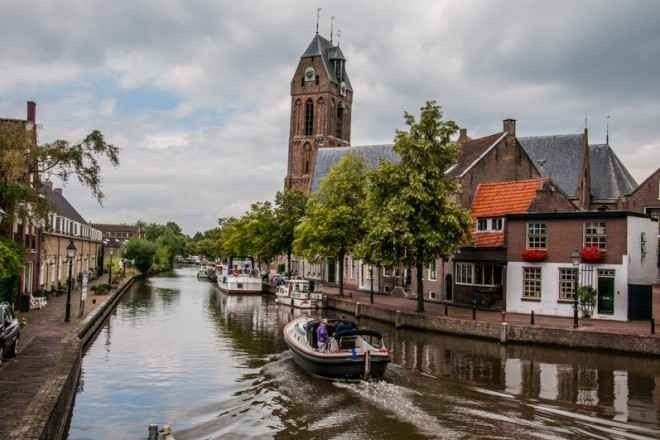 Harlingen is the picturesque historic harbor town of Friesland and located in the far north of the Netherlands, the city is full of beautiful medieval palaces.
You can explore the city, its old houses, and its warehouses dating back to the seventeenth century and spread over the city. 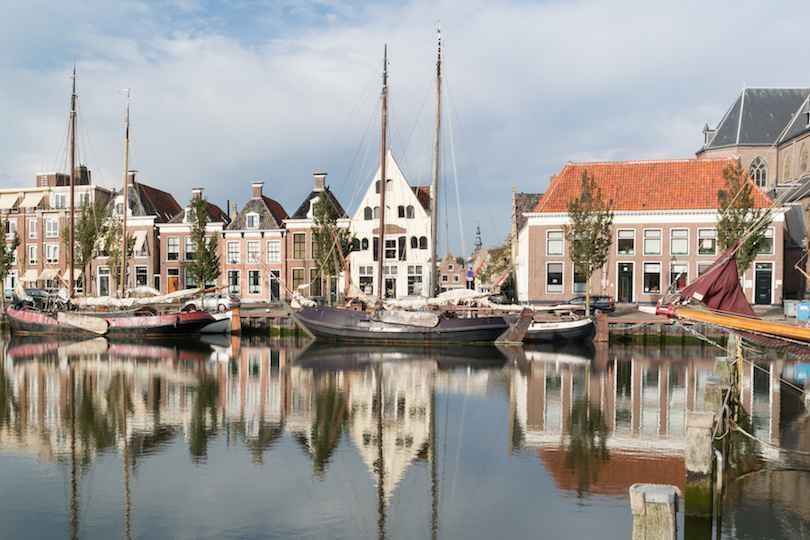 Harlingen netherlands Read also: The most important tourist cities in the Netherlands .. The surprising country, which is almost free from any defect

Narden is a unique town of castles city type, its buildings were founded in 1300 and converge in a large circle surrounded by giant green areas and water channels, and this is similar to planning castles;
Therefore, Narden has been named Citadel City, the city from above looks amazing whether it be by taking a plane or through the roof of a tall building.
Narden is also famous for making the finest and finest textiles in the textile industry. 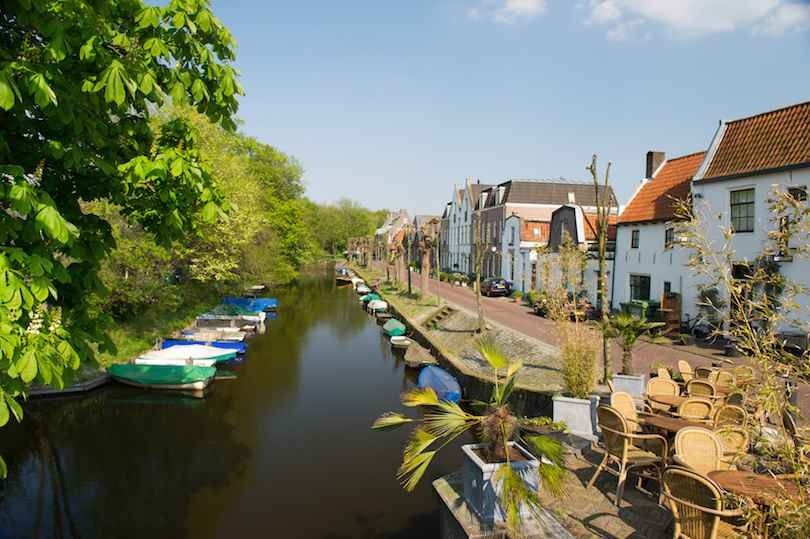 The town of Volendam was rehabilitated in the 14th century, which made it very popular with farmers and fishermen.
This beautiful city has also become popular with artists inspired by their beauty and nature, such as Picasso and Renoir.
It is still popular with tourists who come to see old fishing boats and locals who wear traditional Dutch traditional clothes,
Also to see the brown buildings with red roofs that characterize the city.
Volendam is so dazzling that anyone can see it clearly in everything in town.
From the sea to wooden boats and old buildings. 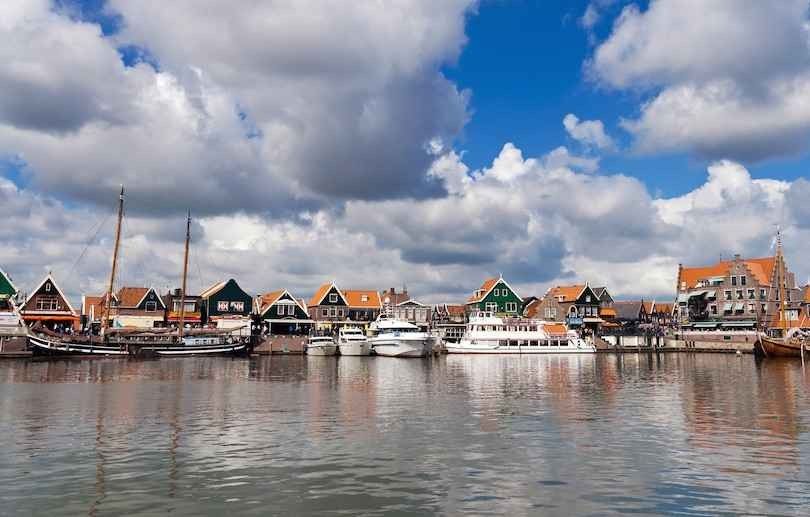 The best tourist places in Bihac – Bosnia and Herzegovina

Arab Market Amsterdam .. Shop as if you are in the Middle East completely