The city of Khamis Mushait is one of the most important tourism cities in Saudi Arabia, which enjoys stunning views and a charming nature, and it has a wonderful summer climate, in addition to a unique set of tourist attractions that bring together Iraq and modernity, from ancient museums, historical attractions, ancient markets, and many others in This special city.

The city of Khamis Mushait includes an elegant group of hotels that overlook the most important landmarks of the city, and provides the most beautiful views of its charming nature. It also includes accommodations equipped with the latest facilities to give its guests the luxury and comfort with providing the best services, and below we will display a list of the best hotels of Khamis Mushait, according to Reviews and opinions of Arab visitors … read more 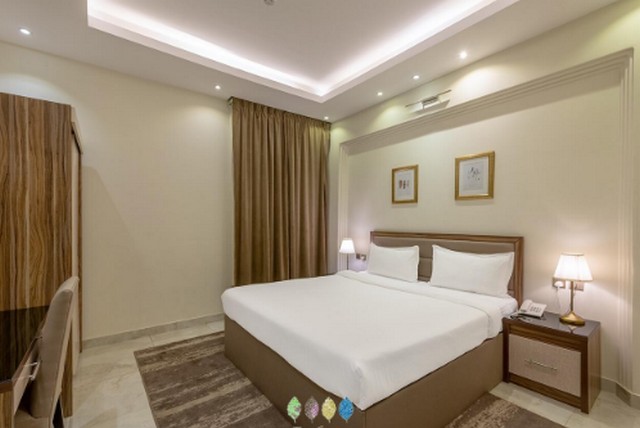 Bin Hamsan Heritage Village is one of the most famous tourist places in Khamis Mushait, which is located on the road to Riyadh, where this village consists of several pavilions, among them the stone heritage palace, the green, the arish, and many others inside the ancient village.
The village also includes the Heritage Museum, which contains a rare collection of holdings that bear a lot of the history of this ancient city. It also includes the popular theater on which many live events and parties are held, in addition to a special section for delicious popular dishes. 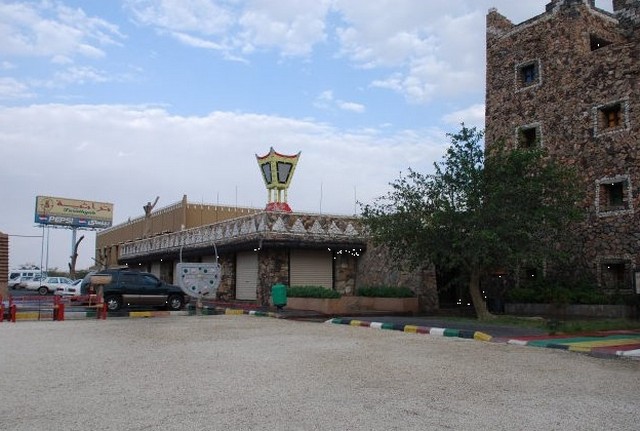 One of the most important tourist places in Khamis Mushait is one of the most famous museums in the Asir region, which consists of a large hall with a private entrance, and the museum includes a large collection of folklore pieces, such as weapons, which consist of a rare collection of guns, swords, spears, daggers and others.
The ancestral heritage also includes a selection of women’s clothing, ornaments and ornaments, cooking utensils from pots, trays, lizards, water transport and cooling tools, tools for agriculture, and coffee pitchers with elegant antique cups. 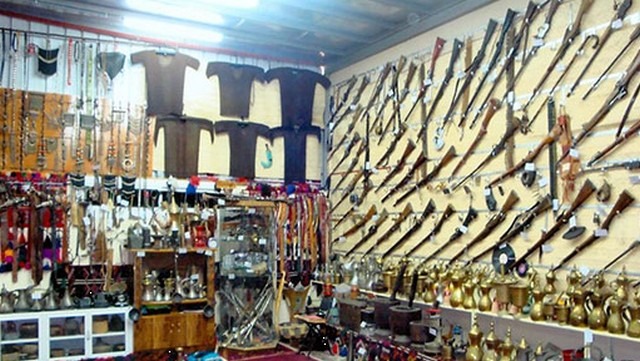 One of the best places in Khamis Mushayt, the Wadi Tandah Dam is a water dam divided by a road that extends in two, which provides stunning views along this beautiful path, and the place allows wild excursions on the shores of the lake.
This dam includes a wonderful park that forms an aesthetic plaque of amazing nature, from cheerful green spaces, and a group of diverse birds, as well as its mild weather, which made it one of the most important tourist attractions, especially for those looking for calm and recreation away from the hustle and bustle of the city. 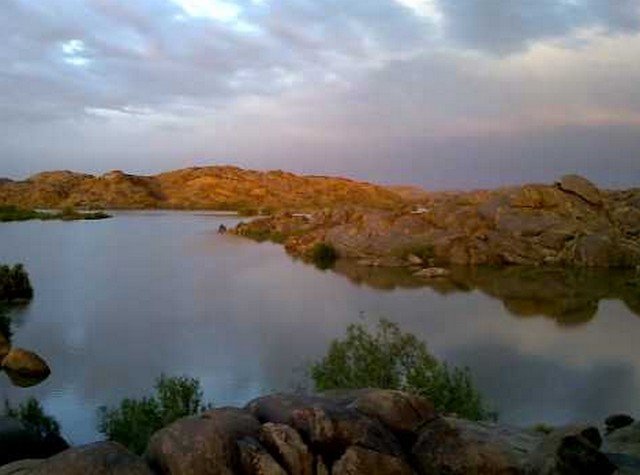 The view of Tindah is considered one of the most beautiful landmarks of Khamis Mushait, Saudi Arabia, and it overlooks the tandah from the top of one of the plateaux, as it provides panoramic views across this special city and a group of villages adjacent to it, providing the best views of the farms, plains and green areas spread, you will find So much fun in this wonderful view. 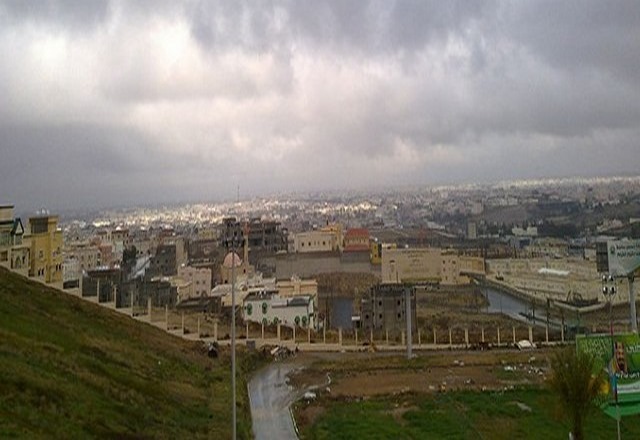 And whose excavation dates back to the year in which Abraham decided to destroy the honorable Kaaba to direct the pilgrims to the Kaaba he built in his country. On a hard rocky terrain as a form of army fatigue, it is easy to defeat them.
In spite of that, the army of Abraha dug wells and it was difficult for the people of the city to defeat them, and now it is considered one of the most important places of tourism in Khamis Mushayt and receives great attention from the state. 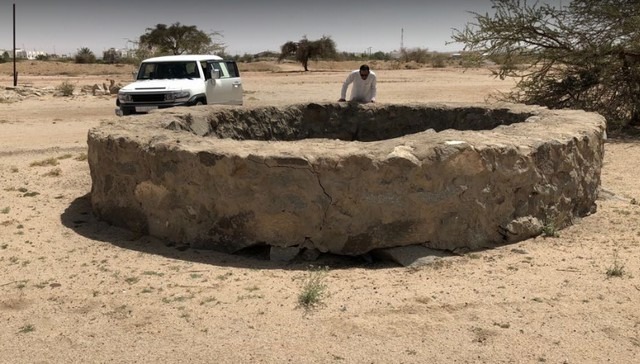 Among the most prominent and oldest Arab markets, and it is considered one of the most important historical monuments, as well as tourism in the unique Khamis Mushait in the Kingdom, so many tourists from all regions of the Kingdom, and all over the world, mean that its importance is due at the present time to the presence of intellectuals, writers, and the establishment of cultural seminars in it .
This ancient market still retains the scent of history, and also has the luster of the present as it offers one of the technological technologies through the theater equipped to hold various competitions in literature, poetry, plastic arts, drawing, and many other events and competitions witnessed in this distinguished market. 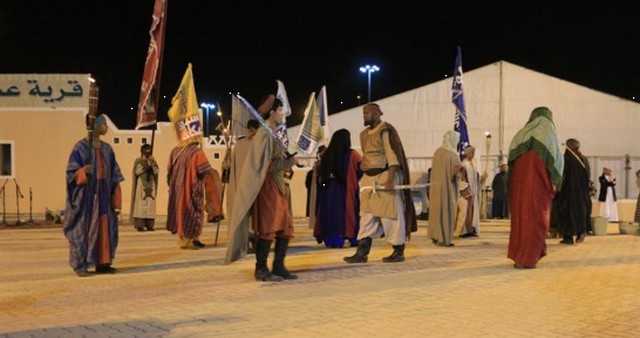 The Mosque of Al-Hijaratain is the amazing Islamic archaeological heritage, so this mosque is one of the most famous tourist attractions in Khamis Mushait, and its fame is due to its long and rich history of its significant role in spreading the Islamic call, and the teachings of the true religion, as this unique mosque is distinguished by an architectural design It combines simplicity and beauty, leaving souls with inner peace and high spirituality, which have a great impact on hearts.
There are also many events held in the Al-Hijratin Mosque, including competitions for memorizing the Holy Quran, memorization workshops, and other distinguished activities. 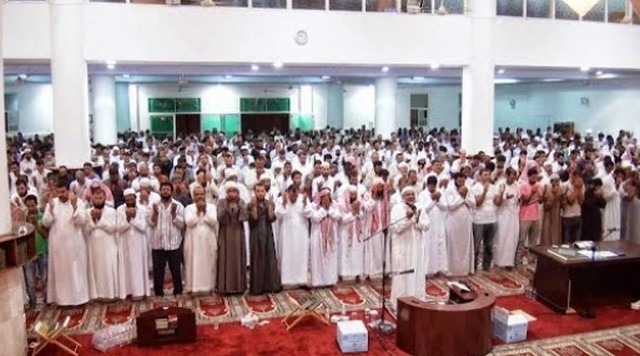 It is one of the best shopping centers in the city, and the destination of tourism in Khamis Mushait is the favorite of many families and tourists from inside and outside the kingdom, and it is also a prominent and distinctive sign of the city, so the mall contains a large number of shops devoted mostly to women’s clothing and accessories.
It also includes a food lounge from a variety of restaurants seeking to illuminate different tastes, as well as elegant cafes with international and local names, and many others in this distinguished center. 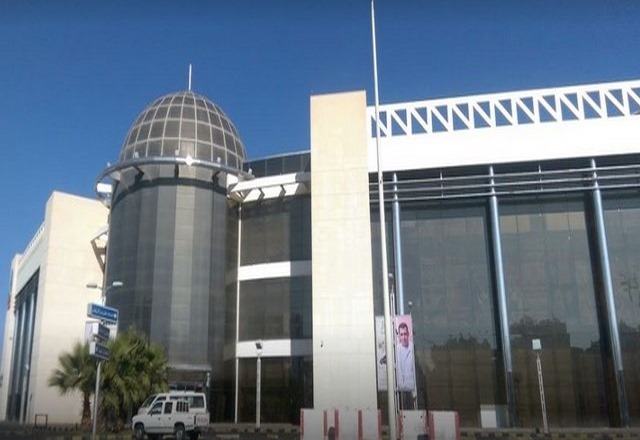 Report on the Divan Istanbul chain