Tourism in Azerbaijan .. all you need to know before traveling to Azerbaijan

Azerbaijan is known as the land of fire, and maintains stunning architecture, each under the protection of UNESCO. Surrounded by deserts, volcanic mud, and many of its parts overlook the Caspian Sea which makes it rich in oil. So Azerbaijan is a complete tourist destination where it gives you the enjoyment of the charming nature, architecture and ancient history, along with the current prosperity witnessed in the country.

All travelers in Arab countries are required to obtain a visa in order to be able to tourism in Azerbaijan. Except for Kuwait, Saudi Arabia, the Emirates, Qatar, Sultanate of Oman, and Bahrain where they can obtain a visa from one of the major airports in Azerbaijan. Other travelers from Arab countries can go to the nearest embassy at least a month before traveling, holding the passport, a photocopy of the passport, a visa application form, an invitation from a tourism company in Azerbaijan, and a hotel reservation guide. 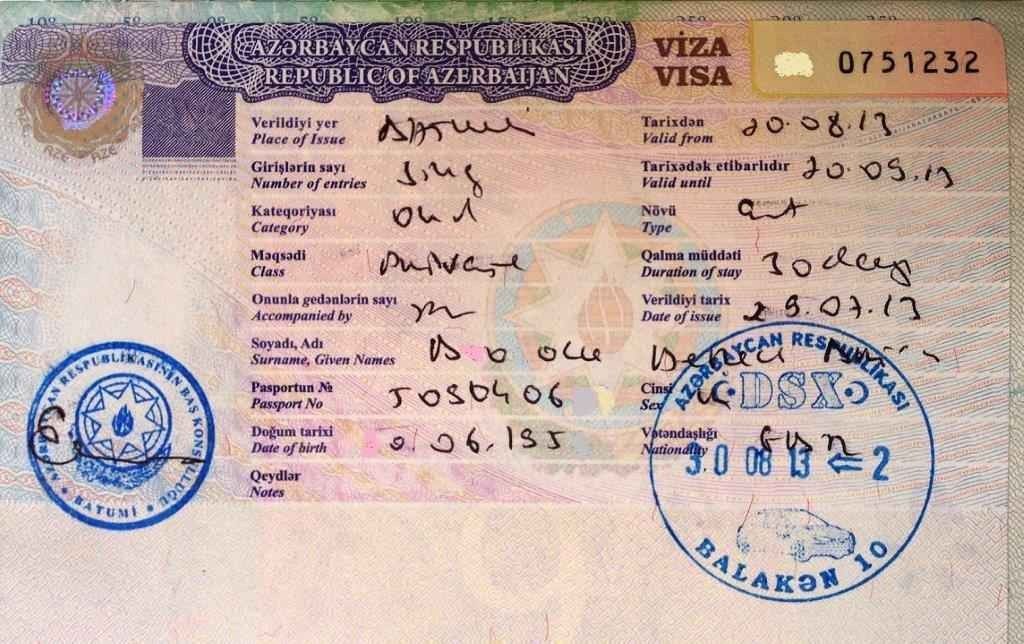 The best time to travel to Azerbaijan

Whatever the weather in Azerbaijan, there is a lot to do and enjoy, due to the difference in the geography of the place in it. You can enjoy the lowlands in Azerbaijan, between April and June, when the sky becomes clear, the sun warms the place, flowers open, and green lands bloom. If you like trekking, mountain climbing and camping abroad, Folio is the perfect time to do it. October is the best time to visit Cabo. The period between January and February is an ideal time to enjoy skiing, and the country is filled with tourists as Christmas and New Year celebrations coincide.

The most important tourist events in Azerbaijan

Many festivals and festivals are held in Azerbaijan throughout the year, and May is the most celebrated month of the year. Here are some of the most important of these events.

Nowruz is a public holiday in Azerbaijan, and the country celebrates by burning candles, food such as colored eggs, dried fruits, and candy.

The global celebration of funeral in Baku

The people of Azerbaijan love jazz, and every year the international jazz celebration takes place in Baku, where concerts are held, and jazz musicians from all over the world come from Georgia, Russia, America, Portugal, Israel, Germany, Italy and Canada.

The International Women’s Day celebration is held annually in Azerbaijan, on the eighth of March, where workshops on women’s empowerment are held, and seminars discuss the conditions of women and display special films.

The plane is considered the best way for you to go to tourism in Azerbaijan, where many direct flights start from different Arab countries to Heydar Aliyev International Airport, along with other Azerbaijan airports.

There are many banks and official currency exchange offices all over Azerbaijan where you can change foreign currency holdings and checks to the local currency.

The local currency of Azerbaijan is known as a ‘manat’, and one manat equals one hundred kopecks. The currency is divided into banknotes starting from one manat and diversifying into several categories 5/10/20/50/100, as well as divided into coins that vary to 1/3/5/10/20/50 kopek. 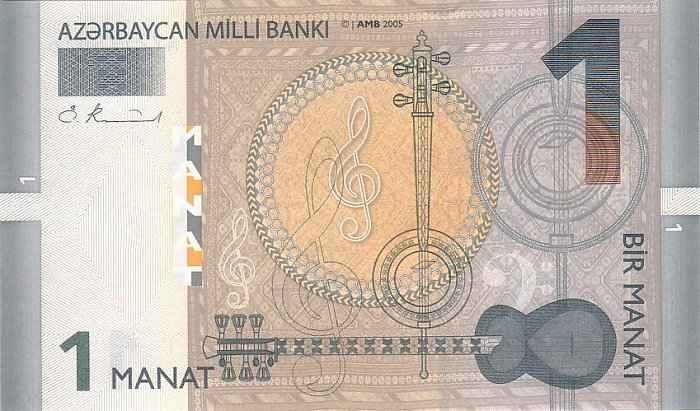 Read also about: Tourism in Ingushetia, the Islamic state in Russia, which is close to Azerbaijan

The cost of living in Azerbaijan

Tourism in Azerbaijan is not classified as low-cost. The Azerbaijani manat is equal to 2.2063 Saudi riyals, and 2.106 UAE dirhams.

Azerbaijan has a huge diversity of hotels, from hostel hotels to hostels, and small hotels. The capital Baku is filled with luxury hotels, and the closer you get to the city center, the higher the price. 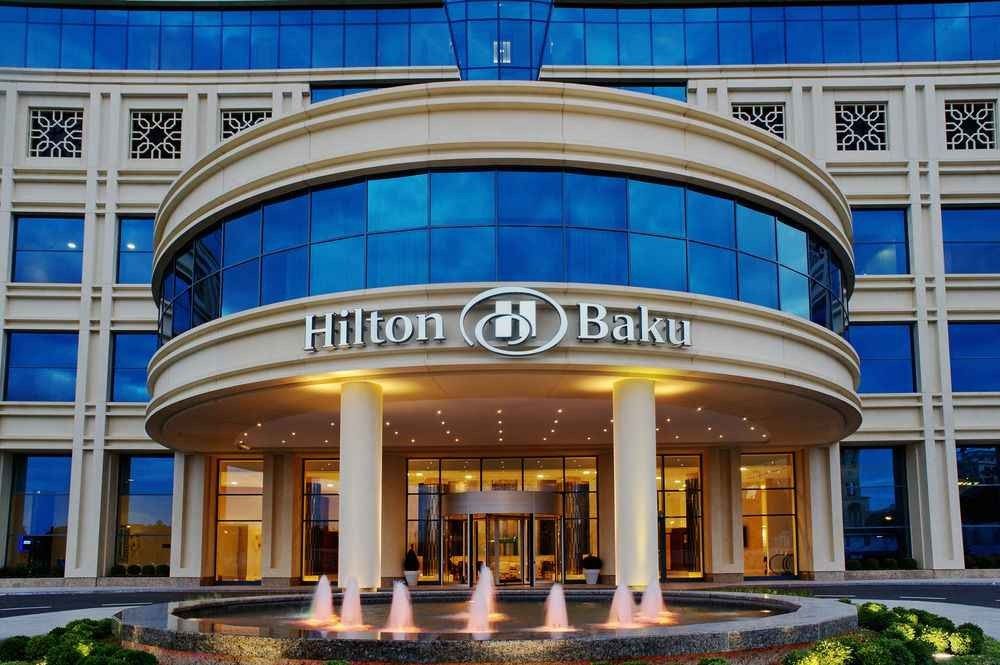 The most important tourist places in Azerbaijan

Azerbaijan is located in the Caucasus region, part of which is located in Eastern Europe, and the other part is located in Western Asia, which makes tourism in Azerbaijan distinct. It contains some tropical resorts, since it overlooks the Caspian Sea.

Baku is the capital of Azerbaijan with a view of the Caspian Sea, and it mixes the ancient where the ancient city of rivers charm, and the modern where the giant skyscrapers. And do not forget the flame towers is one of the most important landmarks of the city; three towers decorate the city in bronze in the night. Contains more than nine hundred artworks of the region’s artists. You can also enjoy local products with Tees Bazar; a market famous for cheese, spices, delicious local food, and lots of restaurants. 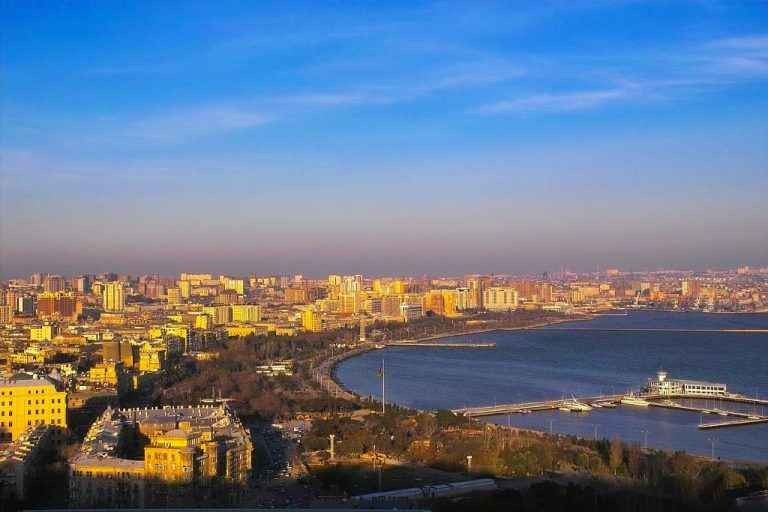 Known as the Old City, it is an ancient fortress that is under the protection of UNESCO. A great example of tourism in Azerbaijan, it is filled with monumental buildings, and wonderful architecture such as the twelfth century Meydan tower, and the Shirvenshah palace built in the thirteenth century. You can also enjoy handicrafts and local products such as ceramics, carpets and traditional clothing. The city also has many shops where you can learn about the history of Azerbaijan and buy some souvenirs. 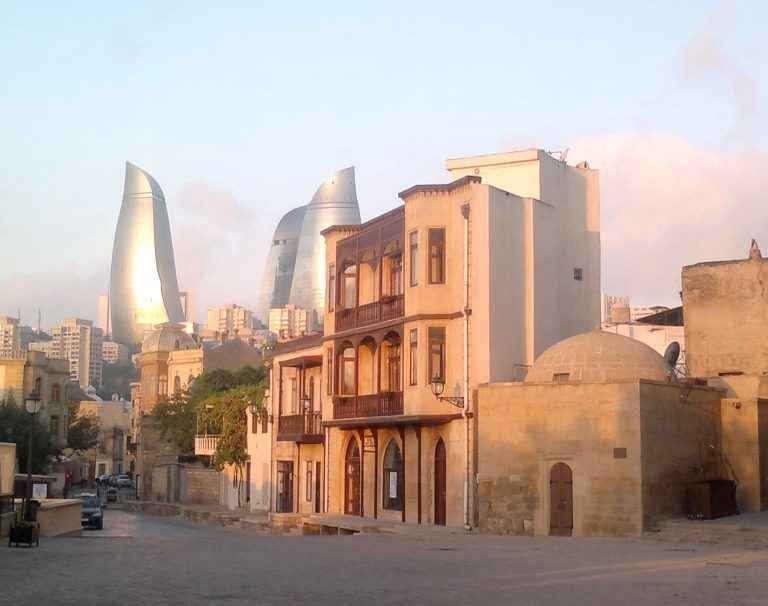 Azerbaijan has the largest population of dormant volcanoes in the world, numbering three hundred and fifty volcanoes. The most famous of these is the Garasso volcano, which was throwing volcanic ash at a height of one thousand meters in the air. Visitors liken the surface of Garasu to the surface of the moon, and it is said that the first volcano was in Azerbaijan twenty-five million years ago. 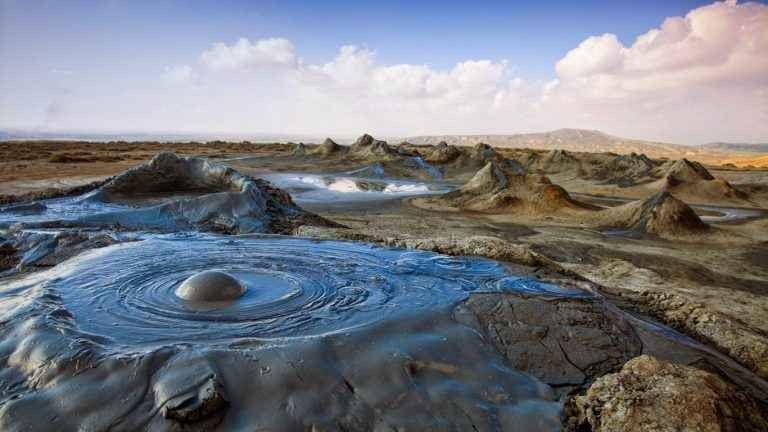 This place is famous due to the discovery of the crude oil of Naphtalan, which is said to have therapeutic properties, which created a major shift in the medical tourism in the city of Naphtalan. Tourists from all over the world came to put their bodies with this oil, or do some other treatment to get rid of the pain of inflammation The joints. 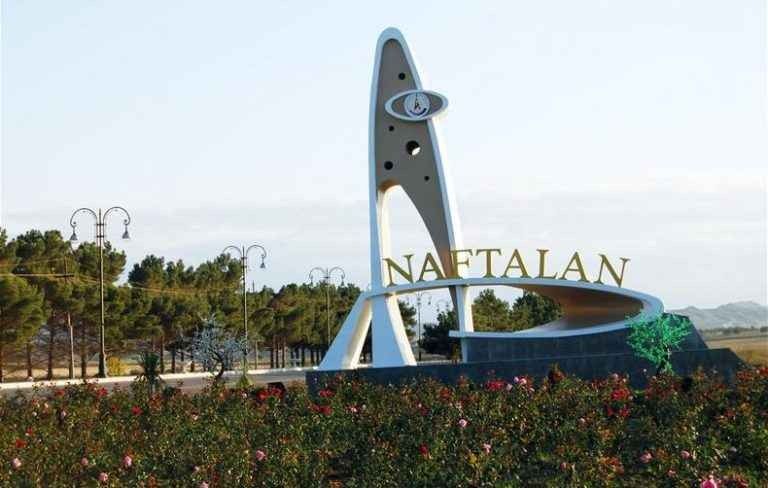 An archaeological area containing ancient features of civilization, which emerges through rock paintings dating back more than six thousand years. The drawings give evidence of the presence of shrines and settlements in the Stone Age. 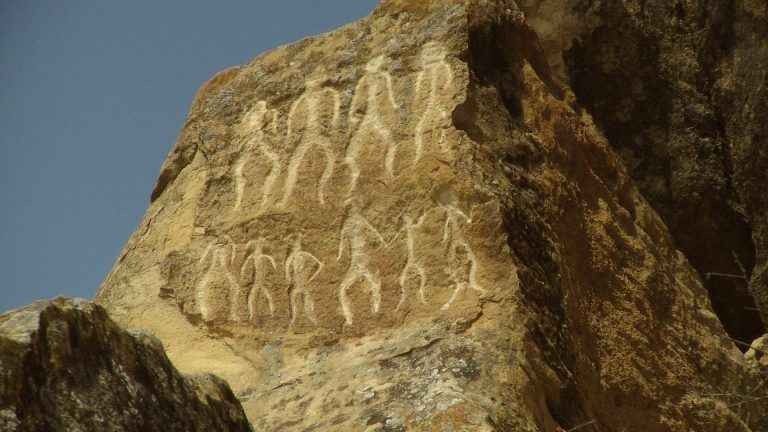 The most important Egyptian antiquities