Tourism in Hallstatt .. the best village in Austria

Hallstatt in Austria stretches along the idyllic magical Hallstatt river, and reflects the beauty of the picturesque Austrian villages, which makes them worth exploring, and tourism. Therefore, it attracts many tourists from all over the world, so let us enter the world of the Austrian countryside.

Distances between them and the main cities:

Tourism in Hallstatt of the Austrian countryside

One of the most beautiful places of tourism in Hallstatt is a mountain lake located in the Austrian Salzkamm Marget region, north of Mount Dachstein. It reaches a length of eight and a half kilometers, and a width of two kilometers. Its depth reaches one hundred twenty-five meters, and it is considered one of the most important lakes located in the Alps, so it was painted by many artists and painters, which makes it one of the most prominent tourist places in Hallstatt. It is a hiking trail, cycling that extends up to the mountain, and is surrounded by a large variety of ferns and plant life. 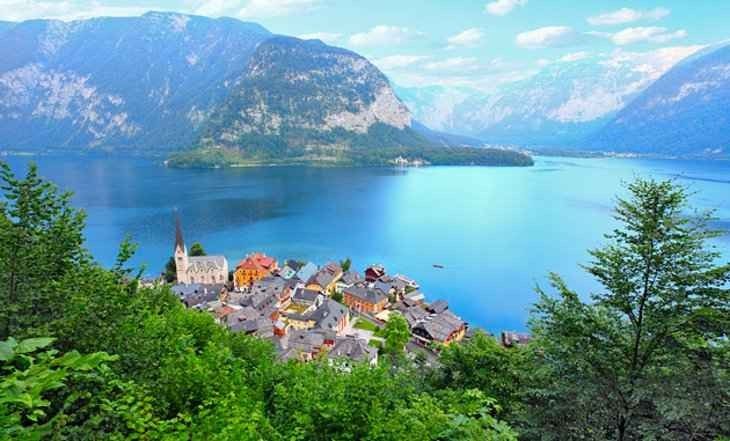 Hallstatt Sea Read also: Tourism in Graz … the most beautiful city in Austria

The village contains many ancient churches, which are considered one of the most important places of tourism in Hallstatt, including the Roman Catholic Church of Our Lady dating back to the fifteenth century, characterized by its Romanesque tower. There is also the Evangelical Church, which is characterized by its turret tower. Do not miss to go to the district of Promechs, one of the most famous tourist places in Hallstatt. It is a great destination filled with a number of cafes, shops and a short distance from the shopping square. 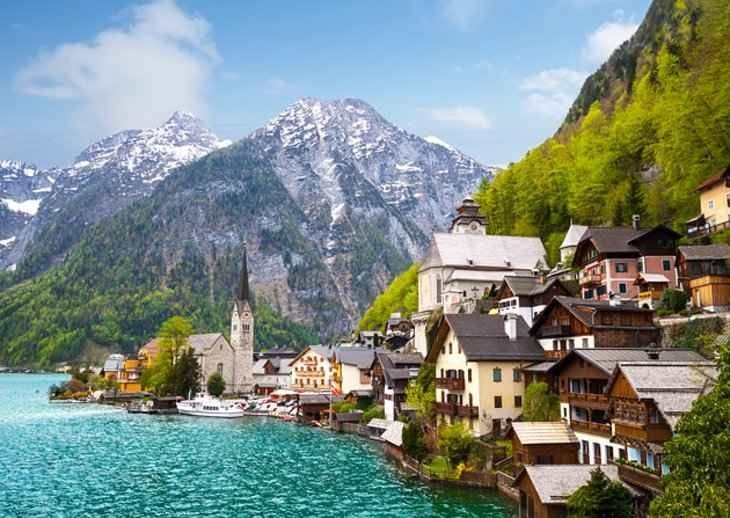 It is a salt mountain that rises thirty thousand meters from the village, and it is considered one of the best tourist places in Hallstatt. It can be reached by cable car, or suspended railway and takes half an hour. Allows you to enjoy a breathtaking view through the Rudolf Tower, an ancient fortress that was built on the mountain to protect the village from enemies. There is also a great space for Skywalk to enjoy this enchanting view. As for the salt mine, it has the most interest and attraction in the area where it is more than seven thousand years old. 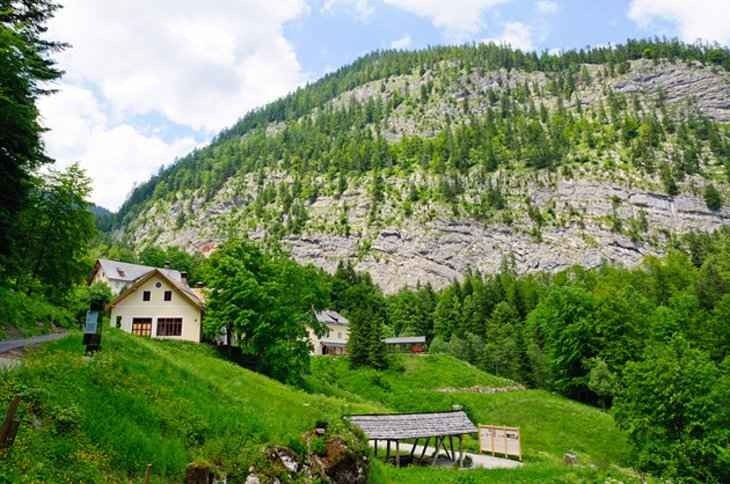 Dachstein Resort is a series of snow-capped mountain peaks, which is one of the best tourist attractions in Hallstatt especially for ski lovers in winter, and hiking in summer.The height of these peaks ranges between two thousand and three thousand meters. There are also the Dachstein Mountain Caves, which are also a huge tourist attraction. Its depth extends to one thousand one hundred seventy four meters, and it is considered one of the most prominent things found inside the eastern Alps. The huge ice cave is one of the most prominent of these caves, and it is characterized by frozen waterfalls, and a number of underground music parties are held. There is also a mammoth cave which was formed by underground rivers thousands of years ago. 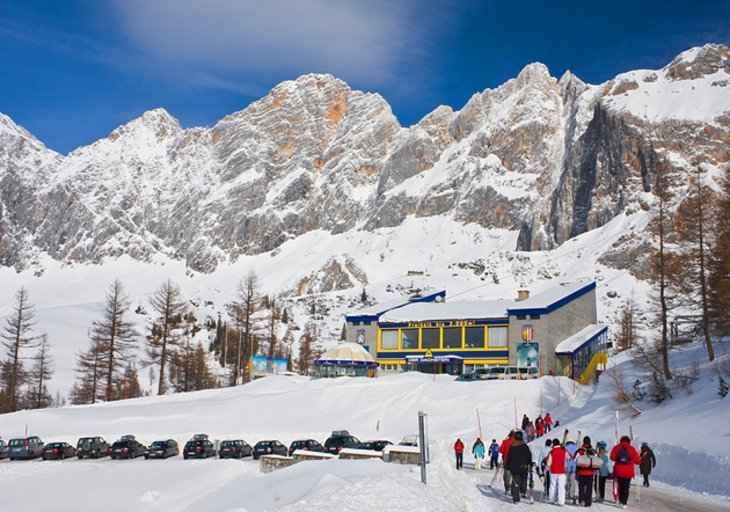 The small city of Edmont is one of the destinations that must be visited when traveling to Hallstatt is famous for the Edmonton Abbey Resort, due to its being the city’s oldest resort. Founded in 1704 and later restored to add a garden and a fountain. There is also a church of the Abi with its two towers, and Christ’s sculptures dating back to 1755. The city’s natural museum, which contains a huge collection of insects, birds, mammals and minerals as well. 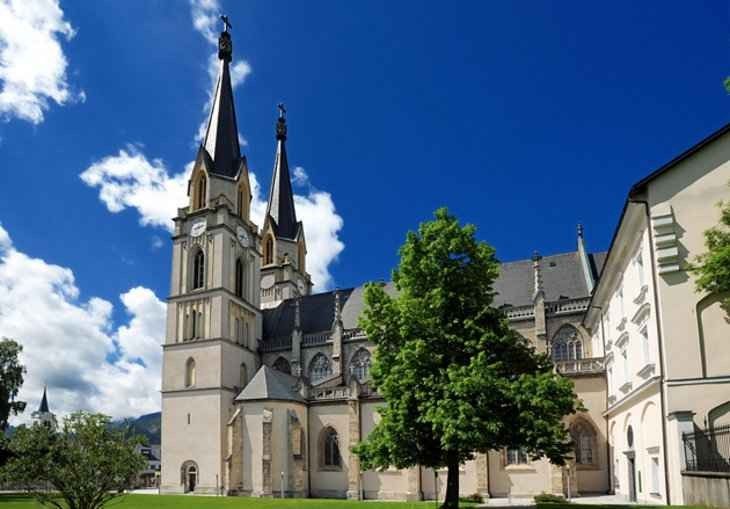 The World Heritage Museum is one of the best tourist places in Hallstatt, where; the history of the village and its surroundings during the past seven thousand years, from the salt mine to its statues under the protection of UNESCO Archeology, is displayed. There is also a prehistoric cemetery, a tourist attraction in Hallstatt, which reflects the history of the city. It includes tombs dating back to the period between one thousand and five thousand years BC, along with monuments, artifacts and various living tools. 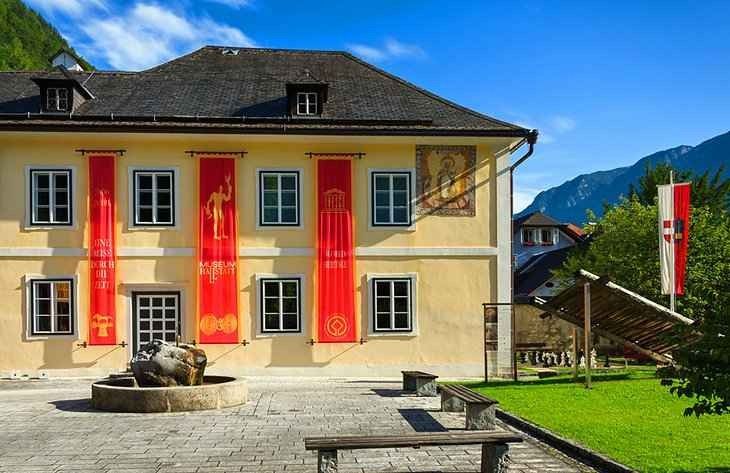 A chapel located within the tourist attractions of Hallstatt, which must be visited, can be reached by cable car from Dachstein Mountain, and is fifteen minutes away. It was founded in 1959 by a teacher and a group of students. It is distinguished by its bell, and its charming mountain view. You can enjoy a stroll through Five Fingers Square afterwards. 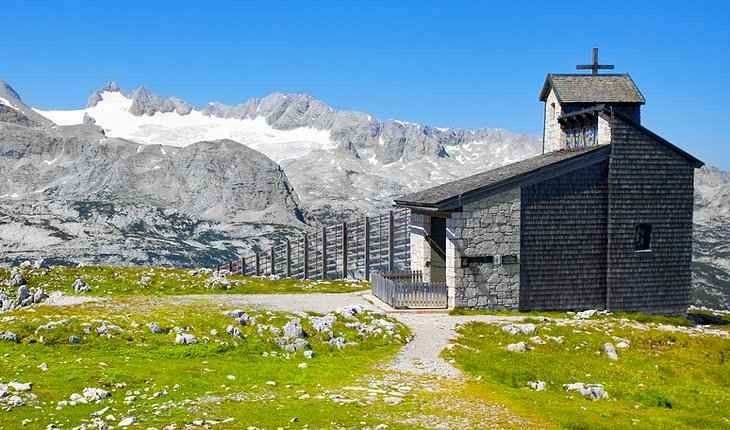 Hoher Krippenstein Read also: The cost of tourism in Austria

One of the special places to visit when traveling to Hallstatt is a spa located northwest of the small town of Wolfgang, which is famous for its wide popularity across Europe. You can enjoy stunning natural scenery as you stroll through the city streets. Also notice the picturesque Wolfgang Church, in the Baroque style, marked by its bell tower. 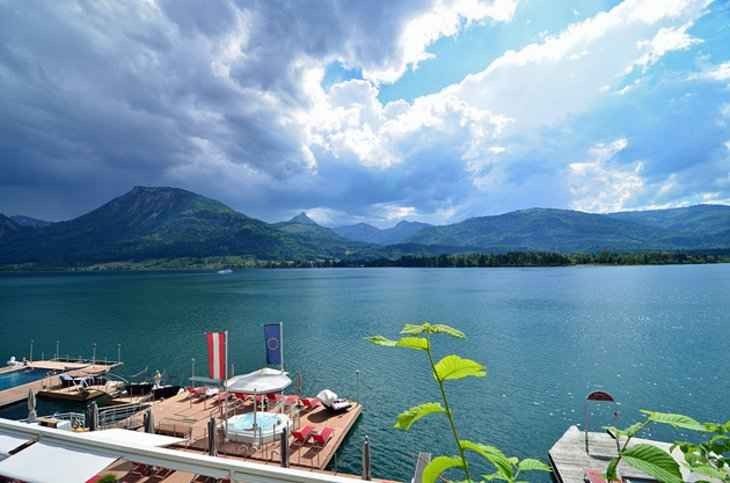 Another fascinating destination among the most important tourist attractions in Hallstatt, though, is seventeen kilometers from the village, but you can enjoy a breathtaking view that you only see fictional stories. The city is famous for its spa, salty waters known for its healing properties, and is a popular destination for winter sports St. Paul’s Church is one of its most prominent monuments, which contains the statue of the Virgin Mary, one of the most prominent artworks in the region. There is also the Gothic-style Bad Badessee Church, founded in 1412 and characterized by its eight-sided towers, next to the 15th-century style altar. 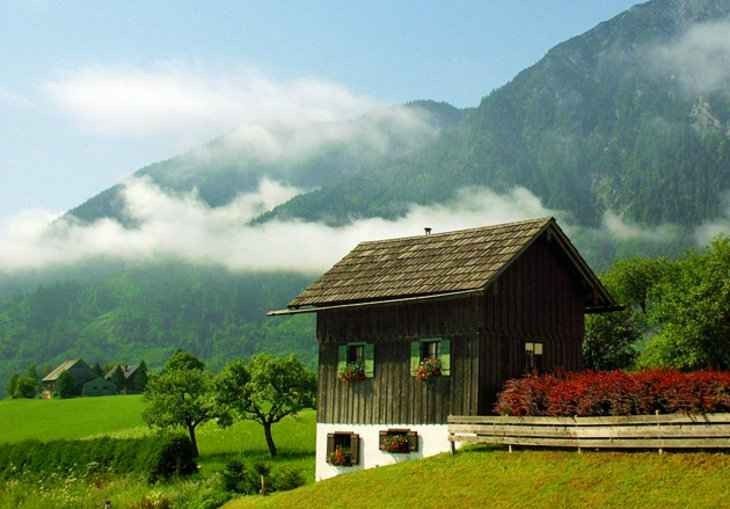 Lake Sausser See is located to the north of Bad Wasi, and stretches one kilometer across and three kilometers in length. It is famous for its spas, sports and winter activities. This is beside the scenic surrounding scenery, which makes it a great destination to miss. 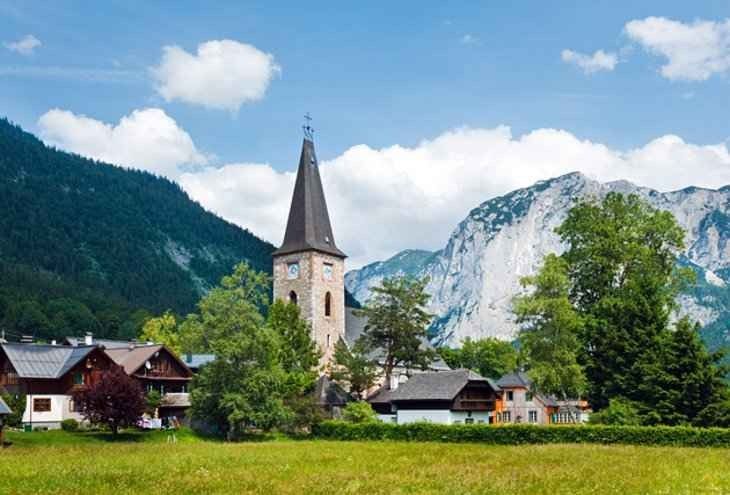