Tourism in Italian Brescia .. your tourist guide for visiting “Brescia” one of the best Italian cities ..

Tourism in Italian Brescia .. The city is one of the most beautiful Italian cities and many tourists go to see the historical and natural sights that spread there.

Tourism in the Italian BresciaThe Italian city of Brescia is located in the east of the Italian city “Milan” in the province of Lombardy and is distinguished by its presence between Lake “Iseo and Garda” as it has a great importance because it contains a large group of arts and includes prehistoric monuments. You can reach the city through Train ride from Milan, as there are buses near the railways that connect visitors to the city center, and also these buses make trips to villages and areas on the outskirts of the city, there is a small airport in the city that you can go to from outside Italy or from within it. 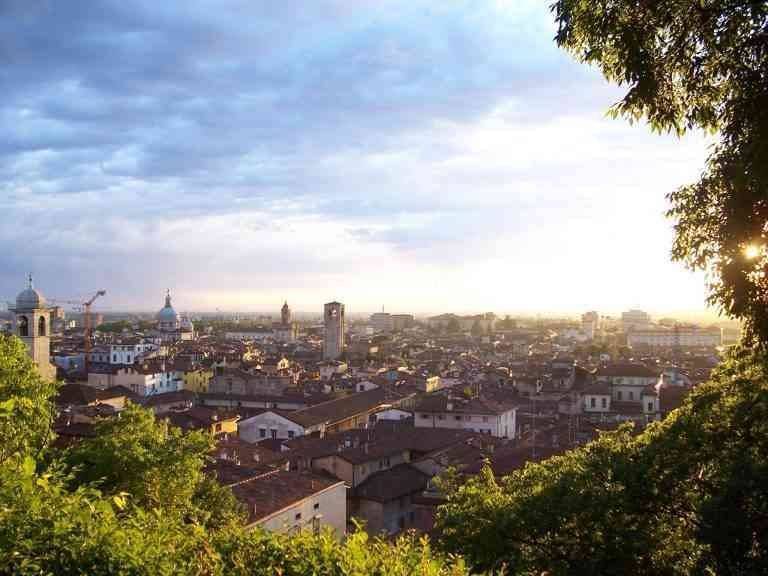 Know the temperatures and the best times to visit Brescia, Italy. Dear tourists, the weather in Brescia is moderate most days of the year, and temperatures rarely rise to 40 degrees Celsius in the summer. Winter temperatures do not reach ten degrees Celsius or less, except rarely as well. Of course, the winter is cold, we advise you to visit the city in the period from September to October or from April to June, as the weather is nice as I am. Prices at this time are moderate because this period is not the high season so airlines offer discounts as well as hotels and all places that provide services to tourists. .

“Piazza del Foro” .. the most important places of tourism in the Italian Brescia .. 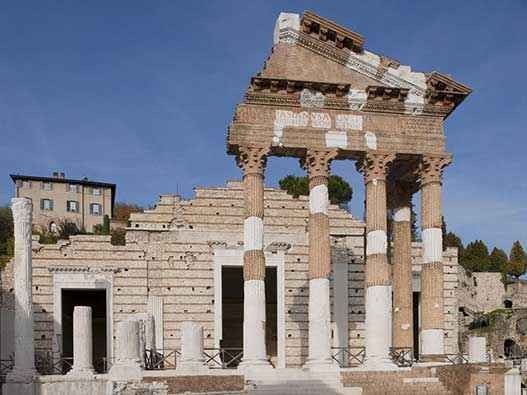 “Piazza del Foro” .. the most important places of tourism in Italian Brescia .. located in the heart of the historical city and is one of the most important tourist attractions in Brescia, the history of the square dates back to the first centuries AD of the Romans who built many beautiful classic buildings and was completed Preserved until now, the square receives great fame despite its smallness because it has important tourist attractions besides it is part of the main Roman road along with the presence of buildings that express the Roman architecture in the period from the Renaissance to the modern era.

“Capitoline Temple” .. the most important tourist attraction in Brescia, Italy ..

The complex is located in the famous square of Del Foro, and it is distinguished by its presence on a small hill. This temple is one of the most important tourist attractions indicating the beauty of the Roman architecture in northern Italy. The temple was created in AD 73 AD and many of its parts remain so far as the wall, the front transplant Corinthian columns, Latin motifs and reliefs.

“Broletto” .. the tourist places in the Italian Brescia ..

There is a square in Paulo, the history of this miniature dates back to the twelfth century AD and is one of the most beautiful Roman buildings in the region, the building contains a square tower that was created 100 years after the building was built in addition to the beautiful columns made of Egyptian granite. 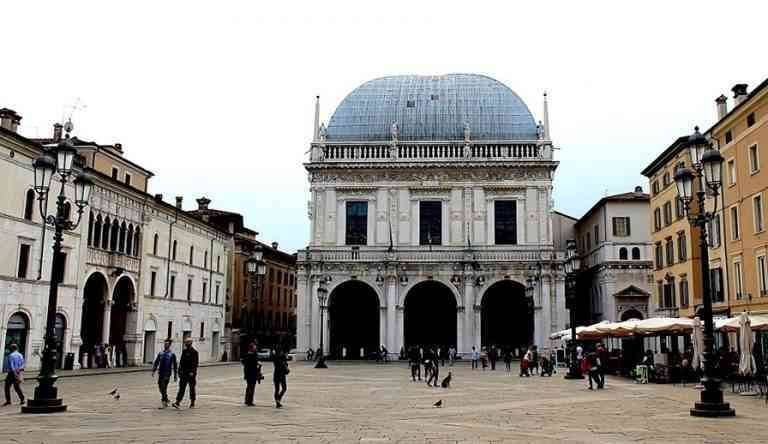 Della Loggia Square This square is one of the most important and most famous squares in the city and attains wide fame where tourists go from everywhere in large numbers because it is characterized by its natural beauty in terms of roses and fresh air, spread in the cafes and restaurants square, you should sit with it and have a cup of Italian coffee in Early morning and then continue your tour of the square, there is the city hall next to the square, which is characterized by its arched columns that were established in the fifteenth century in addition to marble statues and the domed ceiling, on the other side there is a group of wonderful arches that have a walkway and above it a large hour was established in 1581 AD And in the square there is also a large statue made of stone so you cannot miss going to this beautiful square and taking souvenir photos with it.

“Museum of Art and History” .. the best places of tourism in Italian Brescia ..

Dear tourist, we advise you to go to this beautiful museum if you want to know the history of the city or if you love art, there is the museum on Via de Meuse, when you visit you see many possessions that are worth seeing and that explain history and its beauty, such as the antiquities made of gold and Great paintings and drawings in addition to sculptures, near it there are a group of ancient Roman houses that largely retain their shape and feature their floors from the mosaic, which gives them a wonderful aesthetic shape, so you should visit and take memorial photos with them.

“Brescia castle” .. the most beautiful places of tourism in Italian Brescia .. 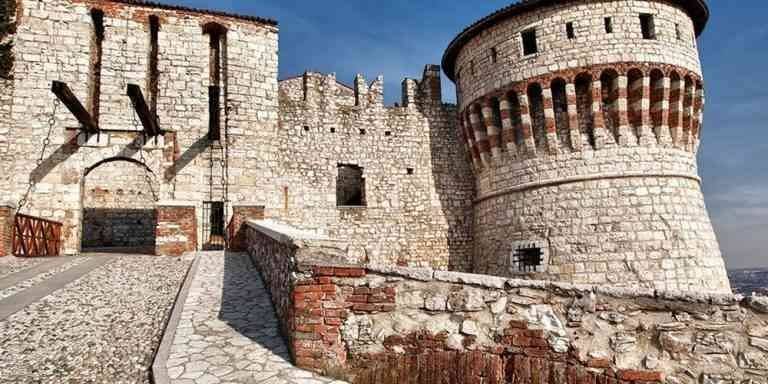 Brescia castle The castle is located in the northeastern part of the city, it is distinguished by its presence in an elevated location so it provides a wonderful view of what is around it as it can be seen from a far place, the castle is one of the most important and most beautiful historical monuments in the city as it was established in the thirteenth century AD to be a fort and seat for a family Visconti, other parts of it were created during the rule of Venice, such as the outer walls and the moving bridge, my dear tourist, you cannot miss entering the museum in which it is distinguished by its display of a group of the most important holdings such as weapons that were used in wars in the past, such as shields and swords, and also the Museum of Resorigemento, which shows Date of the independence movement in the country, which the nineteenth century.

This field is one of the best squares in the city. It was established in 1932 and you have to visit it to see the tower on its side, which reaches 60 meters in length. If you love adventure, this field starts from the “Mille Miglia” car race, and it is one of the most famous races in Italy in addition to having a market that displays wonderful antiques, and the market takes place on the third Sunday of every month, you should visit it and buy souvenirs from it to gift it to your family and friends to tell them about this beautiful trip in the Italian city of Bechara and one of the most beautiful ways in the city, “Moza Road” which is characterized by the presence of Roman ruins Wonderful lined up on its sides as driving this way Tourists to the famous tourist attractions.

“The Great Theater in Brescia” .. the best tourist attractions in Brescia, Italy ..

Great theater in Priyazia, dear tourist. We recommend you to visit this beautiful museum that was established in the eighteenth century AD on Corso Zanardelli Street. When you go to the theater, you will enjoy entering its large hall and has a wonderful beauty view. We assure you that you will enjoy spending a pleasant time with it. The theater offers visitors beautiful music shows In addition to ballet shows, operas, various actors and festivals, you should take memorial photos with him to remember these beautiful moments. 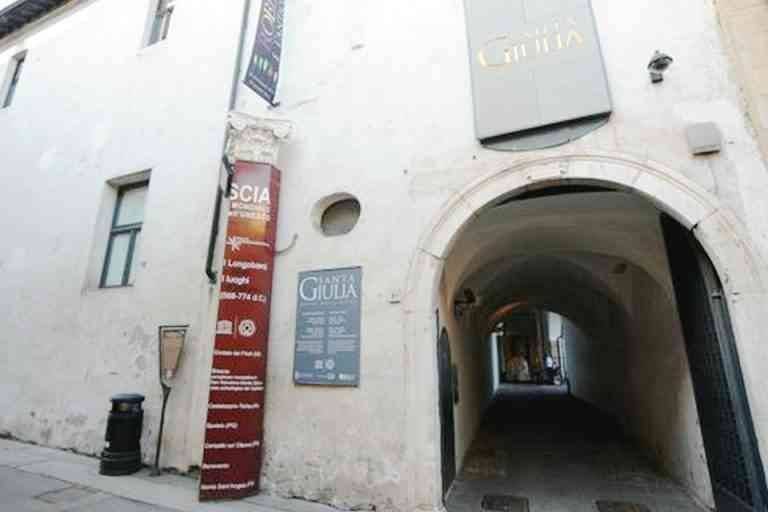 Santa Giulia Museum This museum is the main museum in the city and is one of the most important Italian museums, there is in the Monastery of Santa Giulia which was created by the king “Desiderio” and its area is about 14000 square meters, the museum has many general archaeological discoveries, most of which date back to the Roman era as the works Bronze dating back to the nineteenth century AD.

One of the most beautiful museums in the Italian city of Brescia, it includes many sculptures and jewelry, mosaic paintings and precious stones dating back to the era of the Roman Empire. 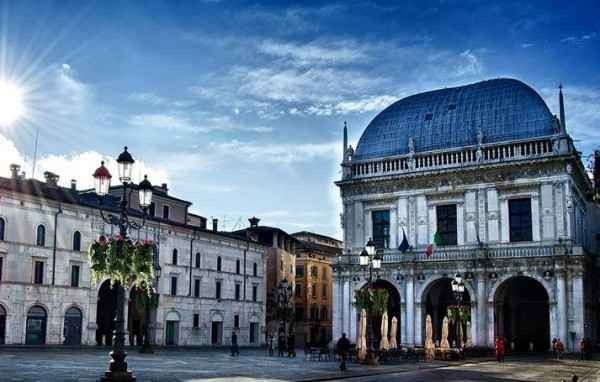 Piazza della Vittoria, one of the most beautiful squares in the city, was created in the Italian style by the famous architect “Piacentini” and it has many shops that provide great products.

Traveling to Italian Brescia .. Learn the best dishes and the best restaurants in Brescia Italian ..

Traveling to Italian Brescia .. Learn the best food and the best restaurants in Brescia Italian .. The kitchen of the Italian city of Brescia is one of the best restaurants as it is part of the Italian cuisine famous for its flavors and wonderful dishes, it is necessary to try the Italian pizza that is famous in the whole world for its delicious taste and from The most delicious dishes are also the “Agnolote” dish, which consists of stuffed pasta and you should try the “Rabensi Broccoli” dish, which is rice balls served with delicious broccoli, the dish is distinguished by its beautiful golden color and the marinara sauce is added to it. The “menstrone soup” dish includes many types of Vegetables added to it Delicious spices, and you should try “Kattucini”, one of the most delicious foods in the city, and it is a biscuit that is eaten with a cup of coffee, then you should eat it in the morning. As for the best restaurants, Antica Trattoria del Ponte restaurant that offers a group of the best local delicacies. If you want to try delicious seafood You should visit the “Officina del Mare” restaurant.

Tourism in Phetchaburi, Thailand .. Learn about the most beautiful tourist attractions in Thailand.