Tourism in Linz, Austria Enjoy an interesting trip in Linz, the most beautiful city in Austria.

Tourism in Linz Austria .. The city of Linz is one of the most beautiful cities in Austria because it contains wonderful natural scenery and Arab travelers give you your guide to the most important tourist destinations in it. 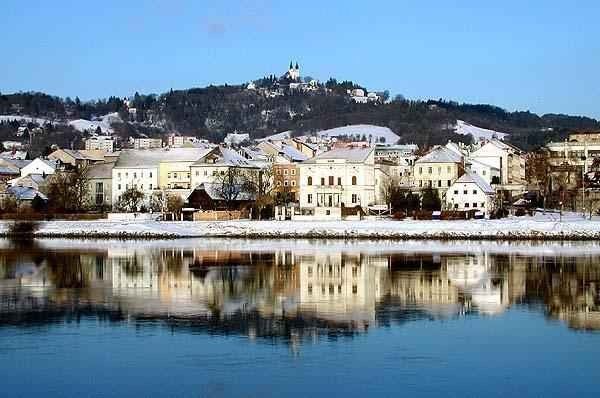 There is Linz, the capital of Upper Austria, on the banks of the Danube River, it is considered one of the most important cities in Austria. It is the third largest city after Vienna and Graz. The city contains a large number of tourist attractions as it cares about culture and creativity greatly, and the city provides you with the possibility to explore Beautiful European countryside because it lies on the banks of the river and enables you to practice water sports due to the presence of lakes in it and the Danube, do not miss horseback riding and hiking in the middle of its beautiful green nature. 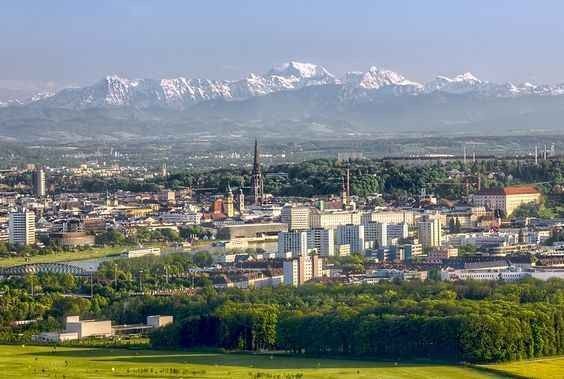 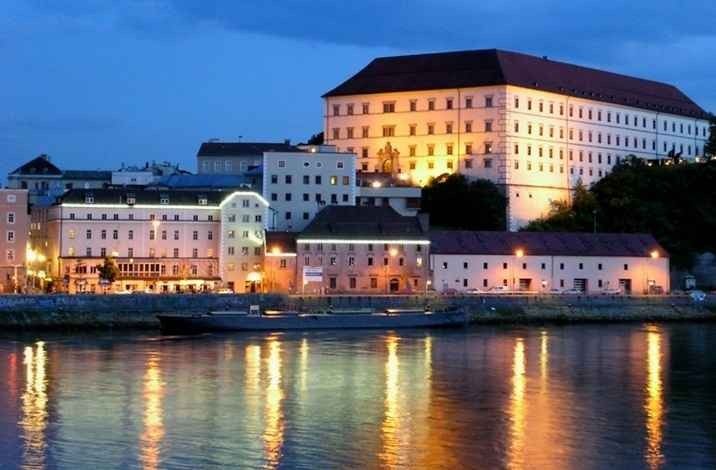 If you are a fan of art and history, you are advised to visit this beautiful museum on the banks of the Danube to see a large collection of archaeological and artistic holdings, especially those that belong to Gothic art in the nineteenth century. The museum also has a permanent exhibition that tells the history of Upper Austria since Prehistoric times to Roman times and the middle ages. Permanent exhibitions are also held in various fields such as technology and natural sciences, as well as temporary exhibitions.

“The town of Wellingher” .. the tourist places in Linz Austria ..

It is considered one of the best tourist destinations in the city in spite of its small size, the town is located in West Linz on the southern bank of the Danube River and one of the most important tourist attractions in it is the Gallery of Modern Art and the guesthouse, which is one of the oldest places in Linz.

“Botanical gardens in Linz” .. the best places for tourism in Linz Austria .. 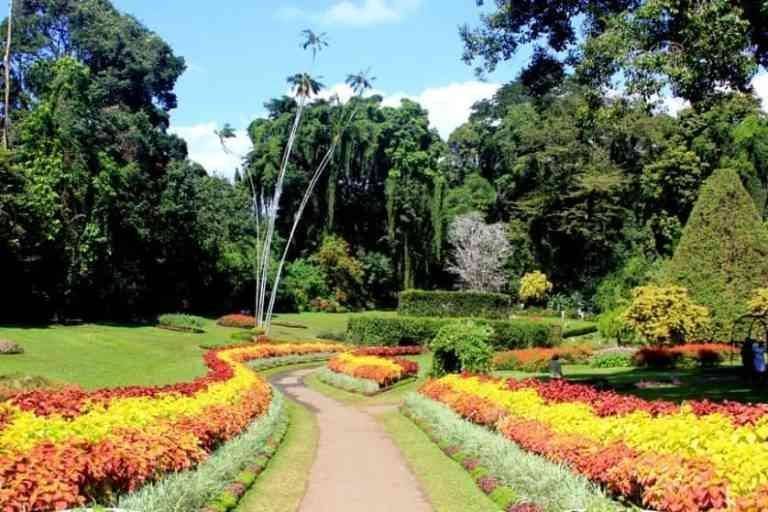 Botanical gardens in the tourist center of Linzazi When you visit the city of Linz, we advise you to spend some time in the city gardens as it is one of the most beautiful European parks, there are the eastern slopes of Fraenberg, it contains more than 10,000 types of plants such as cacti and alpine plants and held a number of celebrations and activities throughout The world, don’t miss to take souvenir photos with it.

The “Old Town” .. the best tourist place in Linz Austria ..

Dear tourist, the old town in Linz is considered one of the most beautiful tourist destinations in it. You should visit it to enjoy a walk in its streets, in which the beauty of the old architecture is evident, and there are important tourist attractions such as the large square, which is one of the largest squares in Europe, and also Linz Castle located above the mountain. There is also an open restaurant It offers great views of the Danube.

“Postlingberg mountain” .. the most important tourist place in Linz Austria .. 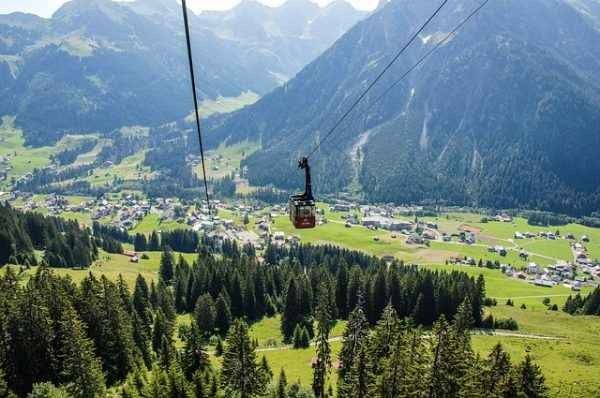 Postlingberg mountain, dear tourist, you must take the train and go on a trip to Mount Postlingburg, and you will enjoy your presence on the train because it provides an audio commentary on the landscapes that you will pass through. The mountain is one of the most beautiful landscapes in the city and the mountain provides a beautiful view of the city so you can see the way to the mountains The Alps and the Blue Danube, with its clear blue waters, have a zoo with over 800 animal species.

Dear tourist, if you are interested in the industry, you should visit this factory, it is the largest factory in the country, the factory was created by the world Vostalben, so the factory was called this name and the factory provides visitors with many scientific offers that help them know a lot about this industry from the beginning until until The end .

Linz Castle is the most beautiful place in Austria.

Linz Castle is considered one of the most important and most famous historical sights in the city and many tourists go to spend fun times in it, it was established in the Middle Ages specifically in the sixteenth century and is a strong military fortress to preserve the city in the past so the castle is characterized by the strength of its construction, the walls are high and its towers are revealing Around it to be used for observation, its architecture demonstrates the beauty and accuracy of the Roman architecture, and there is a museum specialized in displaying archaeological collections that are worth seeing and some dating back to prehistoric times until the Middle Ages. The castle is also distinguished by its presence on the Danube, so you should take pictures of the smart Yeh from the top.

“Linz Square” .. the most important tourist attractions in Linz Austria ..

It is considered one of the largest and most important arenas, distinguished by its beautiful shape, with a white marble pillar since 1723 AD carved on it 3 paintings expressing the country’s survival from 3 different disasters that occurred in the past and they are plague, fire and war as cultural and recreational celebrations are held and there are a lot of Cafes and restaurants, and tourists love to go to get to know the locals.

When you visit the Danube River, you must go to this beautiful river, as it is one of the most important tourist destinations in the city because it is the longest river in Europe and on its banks are many tourist attractions, we advise you to sit in front of the river to relax and you can swim in it or fishing and of course go on a tour of the river to see the sights On its banks, and we assure you that you will enjoy these times so I can take pictures of them. 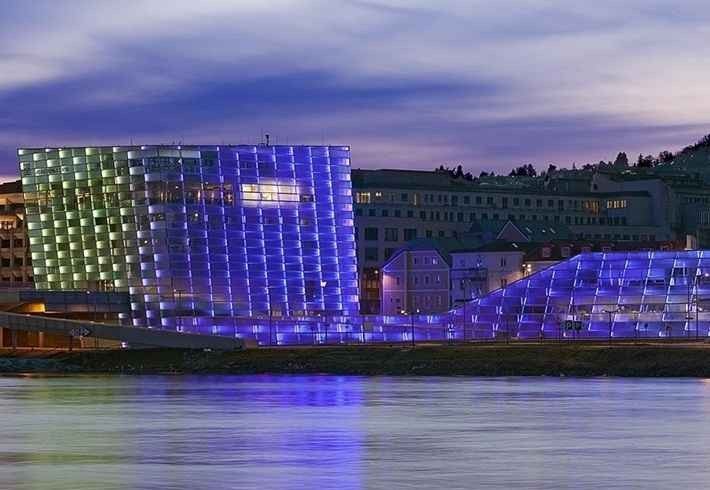 We advise you to visit this center if you are interested in the field of various sciences, it was established in 1996 under the name of the Museum of the Future and then moved to its current location in front of the Danube in 2009 AD, the center aims to show the city’s capabilities in the field of technology and industry and holds special exhibitions for that, the center contains On display screens show the country’s climate changes, pollution, and the results of space exploration.

Learn the most important art places in Linz .. the best tourist attractions in Linz Austria .. 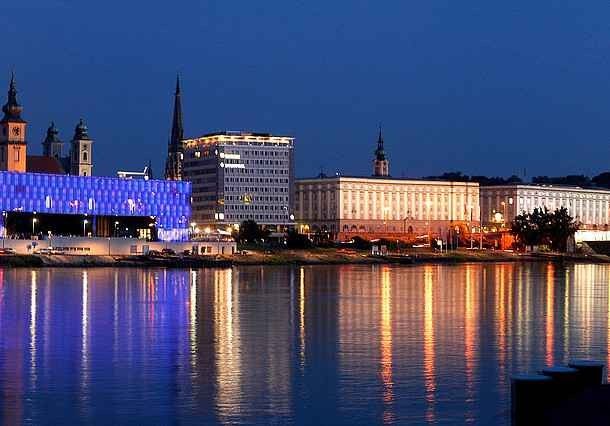 Learn about the most important artistic places in Lyizzi, the tourist. The city of Linz is famous for its cultural richness. It has many art museums and exhibitions, the most famous of which are the Electronic Arts Center and the Lantos Art Center, which is considered one of the most important artistic monuments to present wonderful works from the nineteenth and twentieth century. From listening to great musical compositions, and also the opera in it, I won the prize for the best opera in Europe in 2013. “The Lintus Museum of Art” was opened in 2003 and is characterized by its view of the Danube. This museum is considered one of the most important artistic places in Austria in the evening when it lights up Lights It becomes as a beautiful work of art, the museum houses many works of art, which up to 1500 pieces, some of which date back to the nineteenth century and includes works reflect the Austrian movement in the period from 1920 to 1930.

Shopping in Linz Linz is a suitable destination for shopping enthusiasts because it is full of markets and is very popular with both tourists and locals. Most of the distinctive shops are located in Land Strasse, it is one of the longest streets of Linz. There are also many restaurants and cafes, and the street is characterized by its fountains that increase the beauty of the place .