Where do I go in Lebanon?

Where to go in Bahrain

Tourism around the world

Tourism in Tibet: a rich history and charming nature

Potala Palace, or what is known as the Palace of Art, is located on the Red Mountain side, northwest of Lhasa. One of the most important landmarks of Tibet in tourism is a huge architectural monument founded in the year six hundred and thirty-seven, where; the royal palace of King Songtsun Jumbo was. The palace contains a myriad of treasures and works of art, so it is called the Art Palace, and it is also under the protection of UNESCO since it is a world cultural heritage. 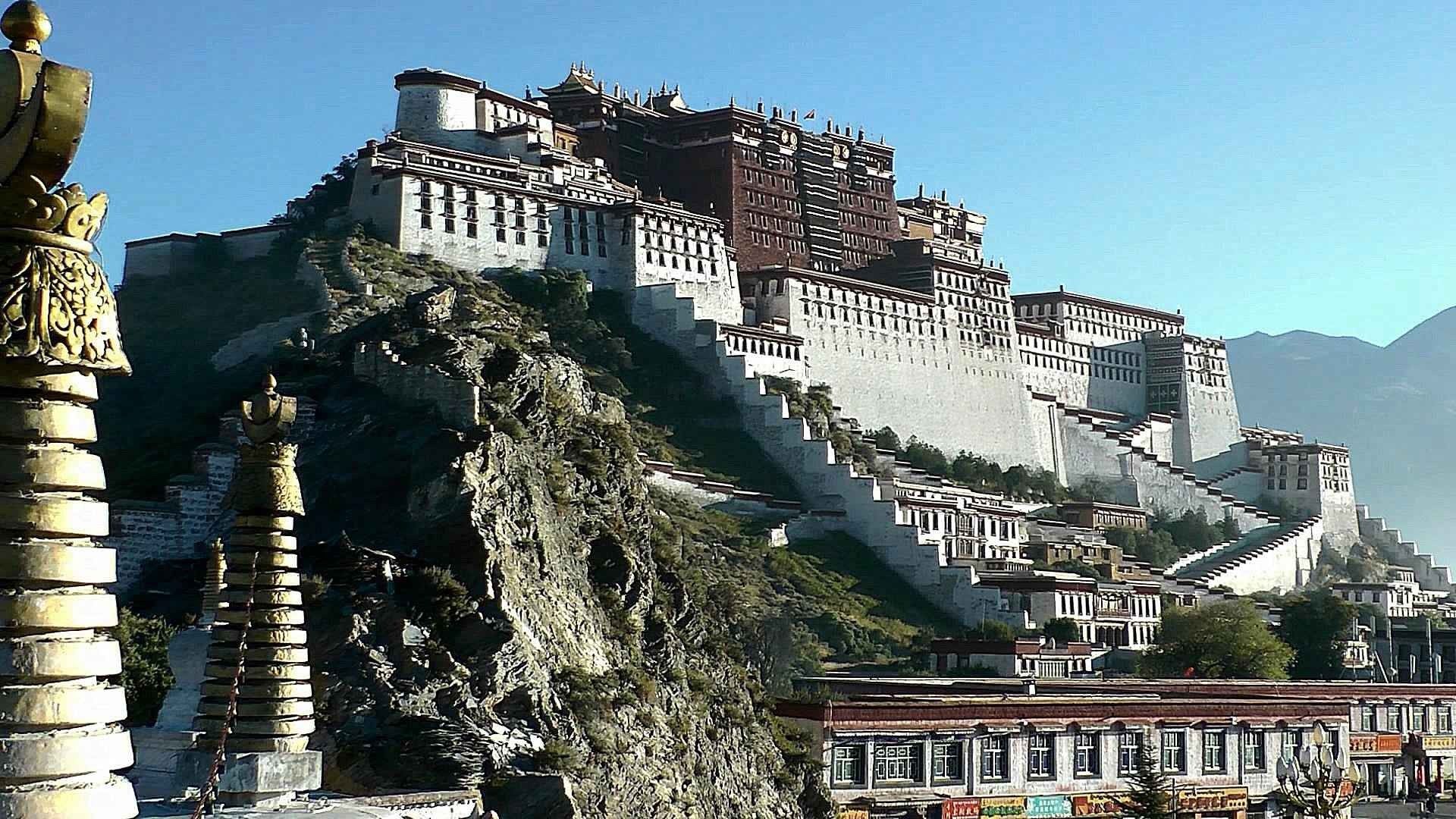 The Jokhang Temple, known as the spiritual center of Tibet, was founded in the seventh century and is located on Barakhur Square in Lhasa. It is considered one of the most important landmarks to visit when traveling to Tibet, where it is considered the most prominent temple of Tibetan Buddhism, as it is classified as the most sacred and important to the local people. The temple architecture mixes Chinese, Indian, and Nepalese styles. The temple included the statues of Sakyamuni that the two princesses brought, but today the temple houses the statue that Princess Wencheng brought, while the other statue is located in the Ramochi Temple. 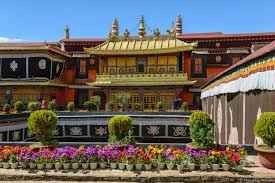 Namtsu is known for its heavenly lake, and is considered one of the most beautiful places of tourism in Tibet. It is located between the provinces of Damxong and Bingu, and is considered the second largest salt water lake in China, surrounded by four temples. The lake reaches a height of four thousand seven hundred and eighteen meters, and given that it is an important place, the faithful flock to it during the year of the sheep, which is located within the Tibetan time to perform the pilgrimage. Due to the height of the lake, you find it close to the mountain tops covered with snow, clouds, and blue sky, which creates a breathtaking, breathtaking view that you will not see anywhere else. Therefore, it is one of the most beautiful tourist places in Tibet. 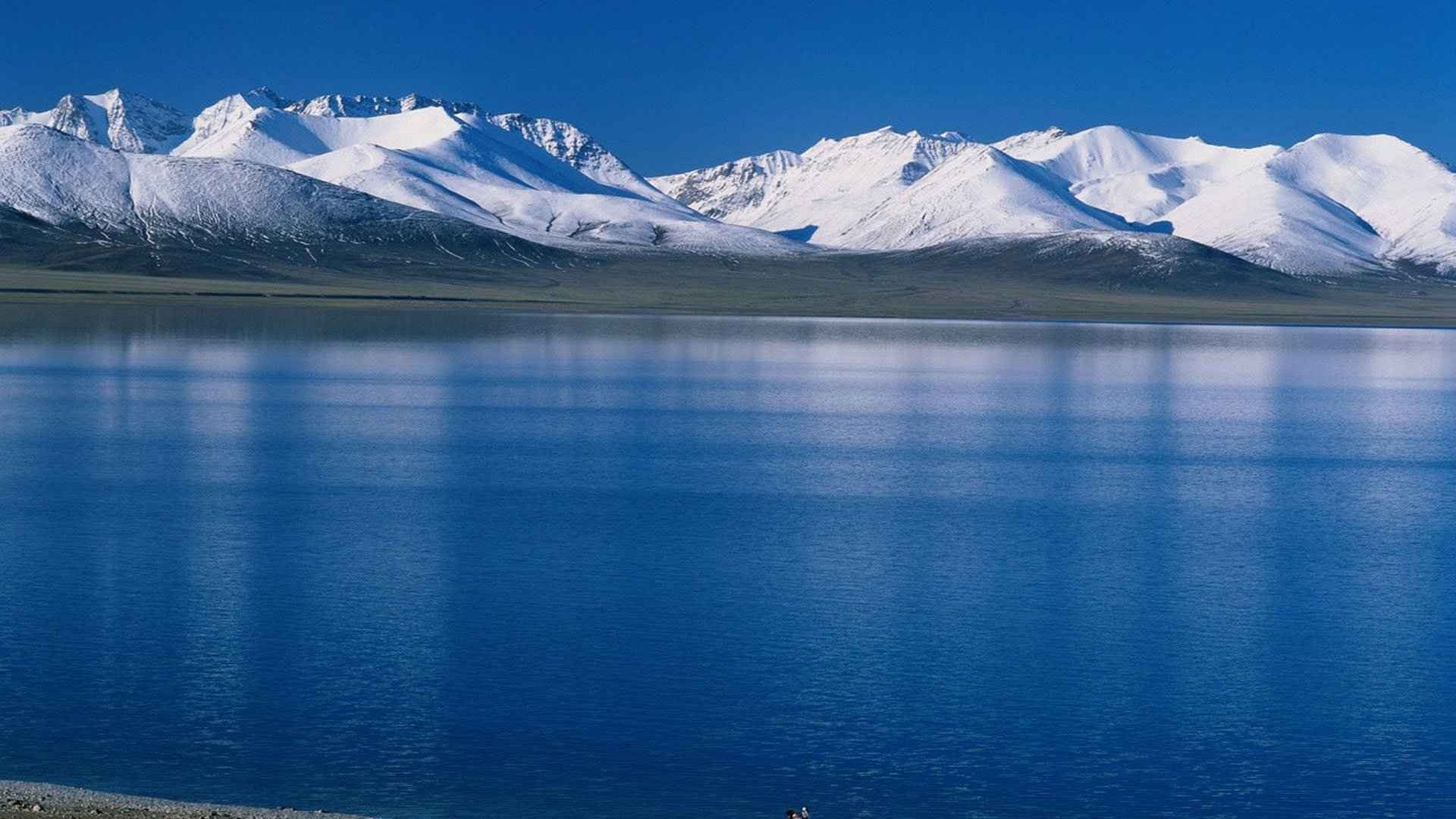 Lake Yamadruk is one of the three sacred lakes in Tibet, which stretches through Nagarzi County and Shannan Province, seven kilometers from Lhasa. Its surface area reaches six hundred thirty-eight square kilometers, and seventy times larger than the western lake in Hangzhou. Colored with the colors of magical coral reefs, so it is called the coral navy. Samding Monastery, the only monastery in the region headed by a woman, is one of the most important tourist places in Tibet on the lake’s southwestern coast. Wildlife, islands, surrounding lakes, and the perfect blue sky. 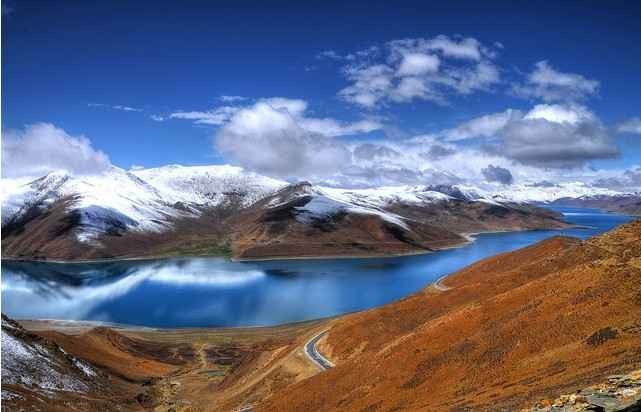 Read:What are the best places for tourism in Vienna?

Yarlong Zangbo Grand Canyon is the deepest narrow valley in the world, and it is the most beautiful in China, which places it among the most important places of tourism in Tibet. It extends for a distance of up to five hundred and five kilometers, starting from Daduka Village and Meining District at an altitude of up to two thousand eighty eighty meters. Pasigat in the north, and Medog County in the south at an altitude of one hundred and fifteen meters. The Tsangbo Valley is the largest channel of water vapor flowing from the Indian Ocean to Tibet, so it has high humidity that causes formation; many dense forests, which include a great diversity in wildlife, are therefore a distinct destination that should not be missed when traveling to Tibet. 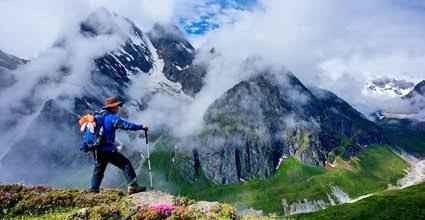 Tibet is an ideal destination to get away from the stresses of life where; relax, and pass a number of new experiences and fun adventures, and the base camp of Mount Everest is the biggest example of this. This camp allows you to enjoy an experience that everyone dreams of, which is reaching the summit of the tallest mountains on earth The best tourist places in Tibet. You can get closer to the sky, and the sun to a degree you’ve never experienced before in your life. 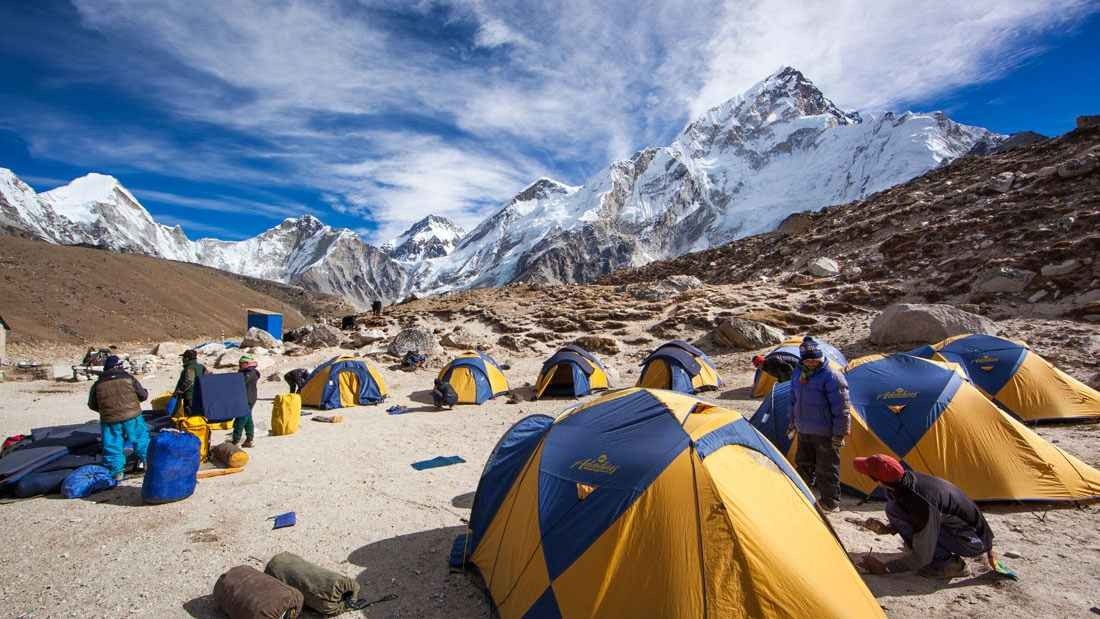 Read:Tourism in the Faroe Island, northern Europe … and the most beautiful tourist places

One of the holiest places in Tibet, where it is the center of the world for the local people, and the people of South Asia, so they flock to it for the Hajj. It is located in the middle of the Himalayas and is covered in ice throughout the year, giving it a breathtaking panoramic view. Given the sanctity of this mountain, no one has ever been allowed to climb it. Believers flock to him only for the sake of the pilgrimage. As for the tourists, they are satisfied with watching this amazing scenery, and photographing it, which makes it one of the best tourist attractions in Tibet. 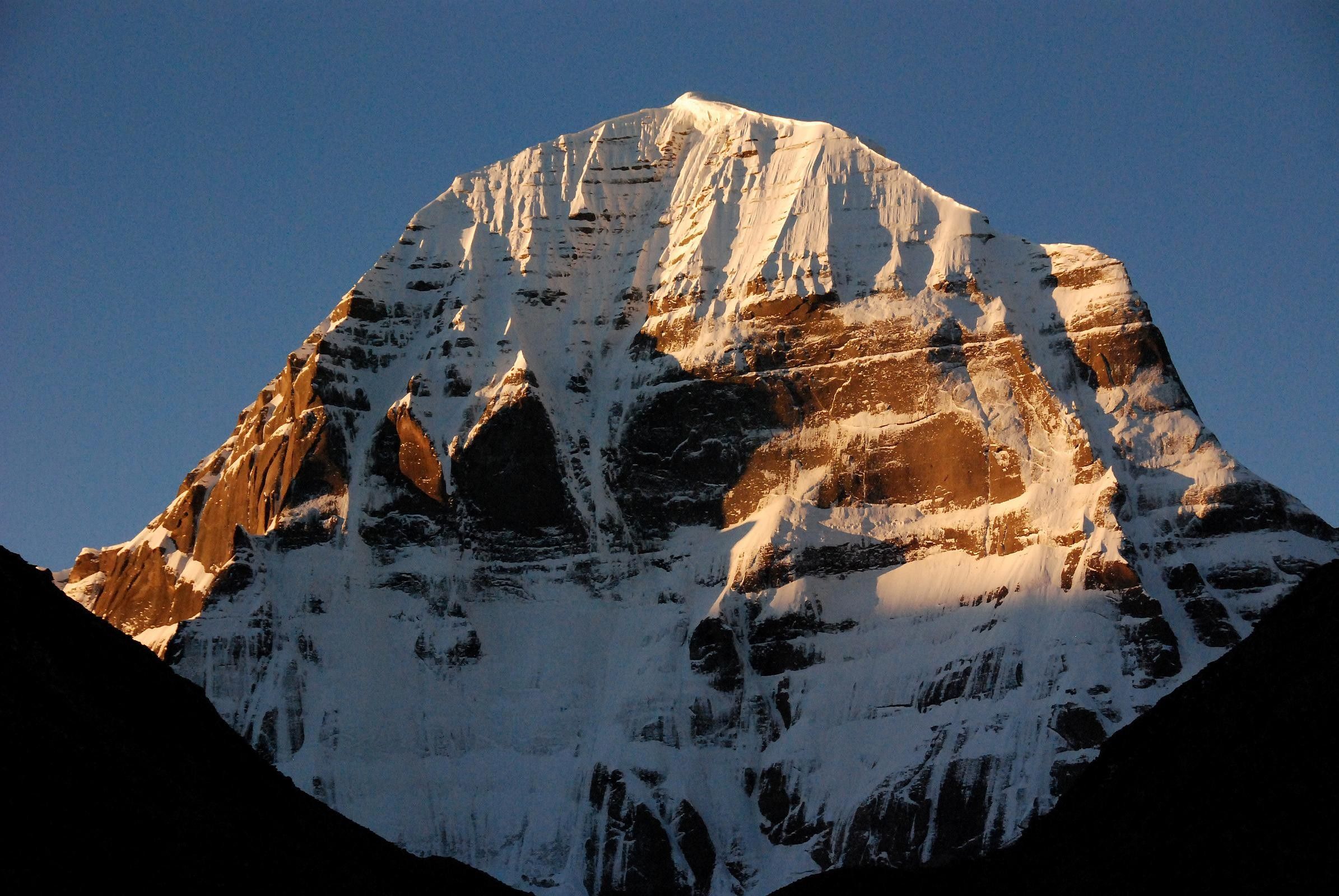 Norbulingka is located to the west of Lhasa, a short distance to the southwest of the Potala Palace, and was the summer palace where the Dalai Lama resides. Founded in 1755 and has an area of ​​thirty-six hectares, and includes three hundred and seventy-six rooms. It contains the largest garden in the region, with the most beautiful landscapes, and the most important historical sites, which makes it one of the best places of tourism in Tibet. Now turned into a park, and the Shoton Festival is held; Traditional Tibetan. It also holds many activities, including Tibetan dramatic performances. 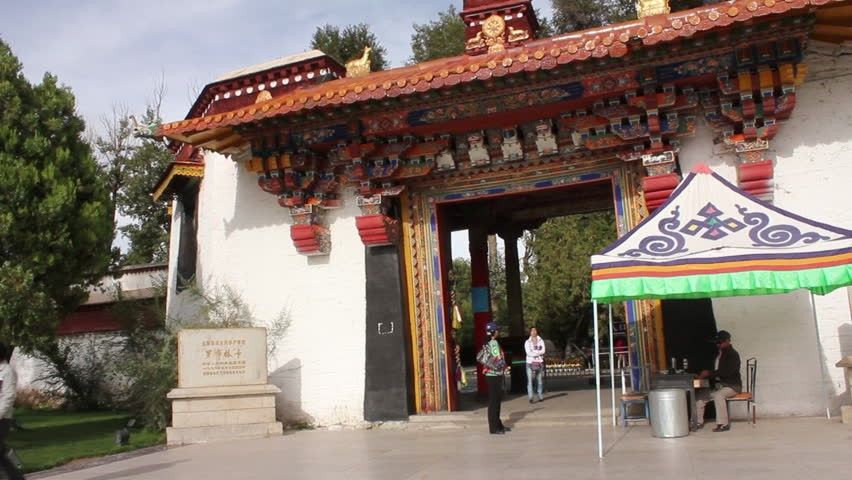 Lolang Forest is one of the tourist places in Tibet that allows you to enjoy and learn about the nature of the region. It stretches up to eighty-eight kilometers on the mountain slopes, covered with greenery, pine trees, and dragon plants. There are many villages surrounding the forest, which allow you to socialize with the locals, learn about the indigenous customs and traditions of Tibet. 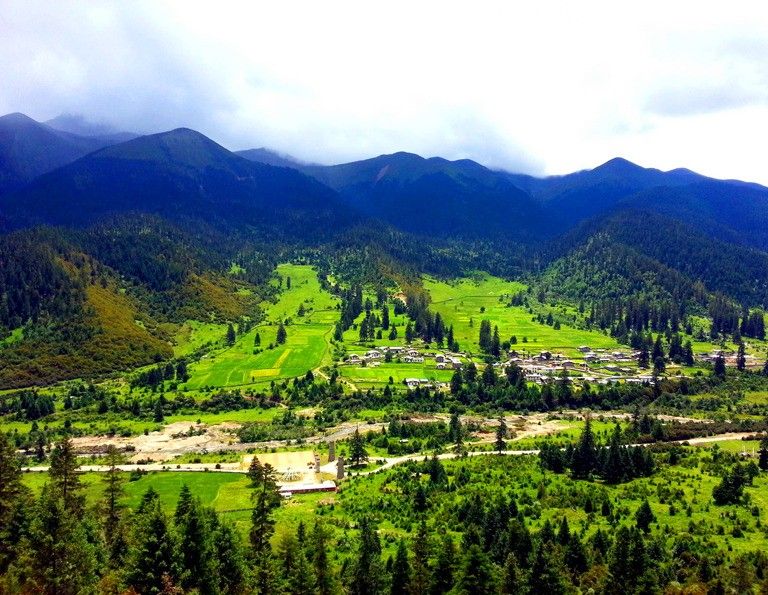 The best tourist destinations for winter 2022

The best tourist attractions in Austria for families

Report on tourism in Spain

The most photographed locations in Shanghai