Here is a list of tourist places in Meknes, which is almost not known to many, as it is a city that has wonderful tourist attractions and places, but it contains a group of the most beautiful tourist places in Morocco. Meknes is one of the four imperial cities in Morocco and was built by Sultan “Moulay Ismail”, Also, it was the capital of Morocco for hundreds of years.

One of the most famous and most important tourist places in Meknes, Bab Al Mansour is one of the huge gates that distinguish the entrance to the old city, and it is located in Al Hadeem Square east of the old city, and it was founded by Sultan “Moulay Ismail” and his son “Moulay Abd Allah” was built in 1732 AD Beautiful colors and fine mosaic details (the art of making small cubes) are still visible and you can see them at the top of the entrances, and also you can see the beautiful marble columns that are from the Roman ruins near the city of “Volubilis”. It is not possible to cross through this gate, Although sometimes this is pain That is open to host exhibitions, but you can see the place from the outside with ease. 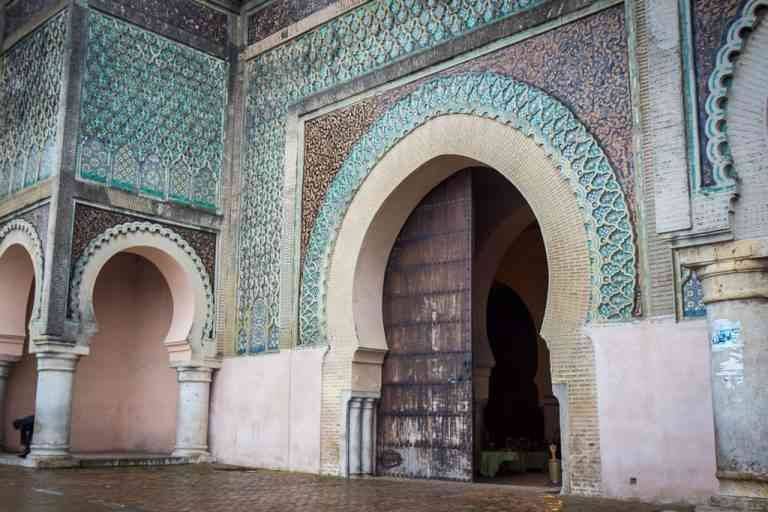 One of the most famous tourist places in Meknes El Hedim Square is one of the most famous tourist places in “Meknes”, and it is considered the heart of the “Meknes” city, and it is located inside this large square “Bab Al Mansour.” “Moulay Ismail”, as this was a square for army parades before going out in organized campaigns against foreign opponents wishing to occupy the country. There are many similarities between this square and “Jamaâ El Fna Square” in Marrakech, in the beautiful Moroccan atmosphere and others, but “a square Al Hadeem ”is distinguished by its local flavor more than others. This square is M. Jamil to stop it and get a cup of coffee in a coffee shop in there, in addition to that there is a group of restaurants delicious Moroccan food options. 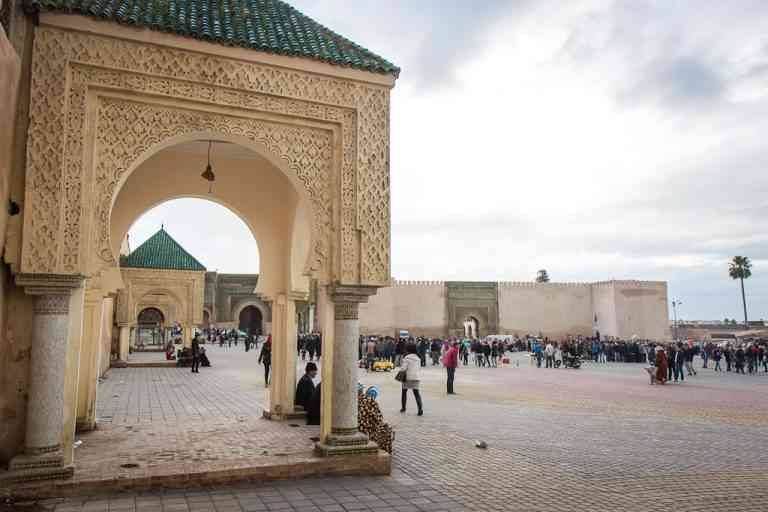 This museum is also located in “Al Hadeem Square” which is a palace built in 1882 AD by the Minister “Mohammed bin Al Arabi”. This palace has turned into a museum since 1920 AD, and it includes: (traditional ceramics, jewelry, textiles , The old prayer platform, and the cedar craft dating back to the 14th century). All the main rooms in this palace overlook the beautiful main garden, which makes you feel relaxed and calm. Many exhibitions are held inside this museum, but this place really deserves Visit at least to see this architectural creativity. There is an Andalusian garden and art Quiet and shaded with huge orange trees full of beautiful birds, and of course this beautiful palace and these wonderful gardens deserve the entrance fees you will pay. 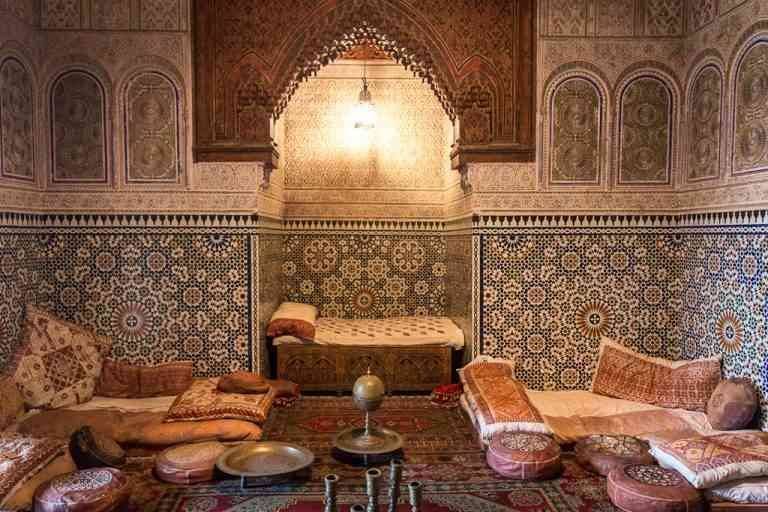 This mausoleum is one of the most important buildings in “Meknes” and if you visit this city you should not miss the opportunity to see it, it is a few minutes walk away from “Bab Al-Mansour” away from “Hadim Square”. “Moulay Ismail” was the ruler who He created the empire city of Meknes, so it is not strange that the place where he lies lies very luxurious. This shrine looks from the outside like a large building, but you can walk through several large rooms to an open-air courtyard and then to the grave itself. By taking off your shoes, then you can walk around this inner part of the mausoleum and lavishly decorated, and also you can look at the Room where the Sultan “Moulay Ismail”. Not lying there any entrance fee requires you to pay it, but there may be a man watching your shoes to make sure that you have removed it, and also guide you to the right direction. 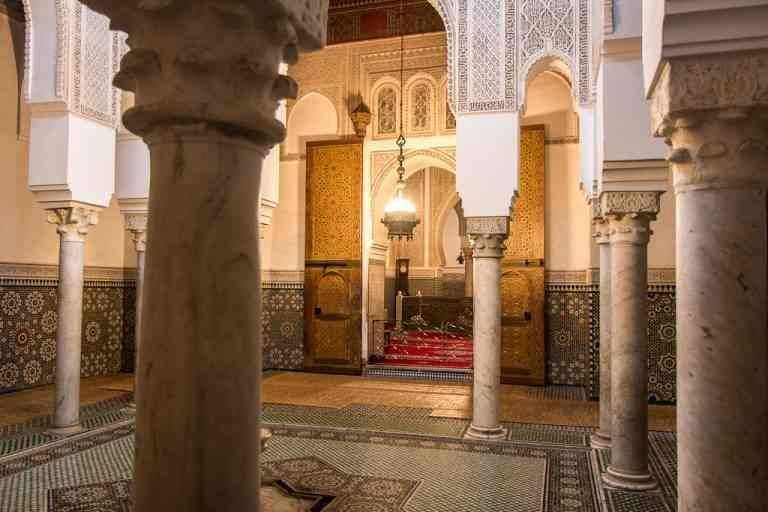 This place is called “The Dome of the Ambassadors” and it is also known as the Dome of the Tailors. It is located inside the Ismaili Kasbah and behind “Bab Al-Mansour,” which was a hall for receiving the foreign ambassadors, and it was built by Sultan “Moulay Ismail” in the late seventeenth century AD And this place has become a gathering place for the tailors who sew military clothes in the nineteenth century AD, which is why it is known as the “Tailors Dome”. 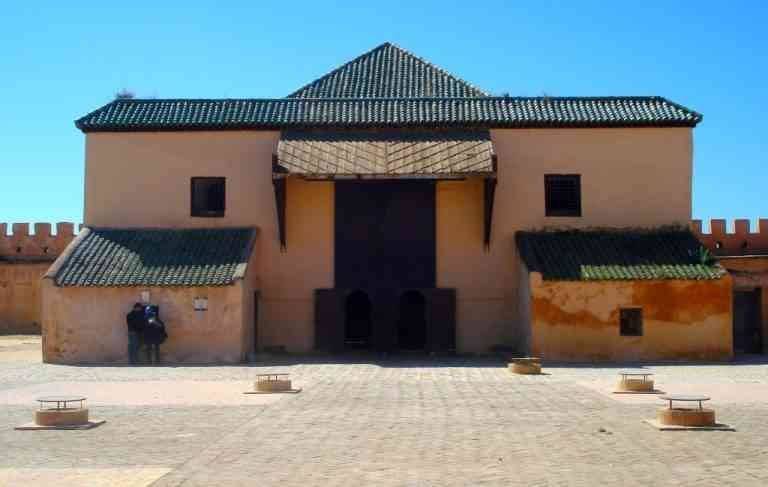 This school is located in the city center, and it is one of the most impressive monuments in “Meknes.” This old Islamic school was established in the year 1350 AD, knowing that there is another school with the same name in the Moroccan city of Fez. This place is an architectural piece Gorgeous with ornate tiles and sculpted artwork on the walls, which gives it a stunning and striking view. There you can see the main courtyard on the ground floor, and you can climb up to see the bedrooms and classrooms on the upper floor, and you can also climb to the roof until you see a wonderful view of the city of “Meknes” From the top. 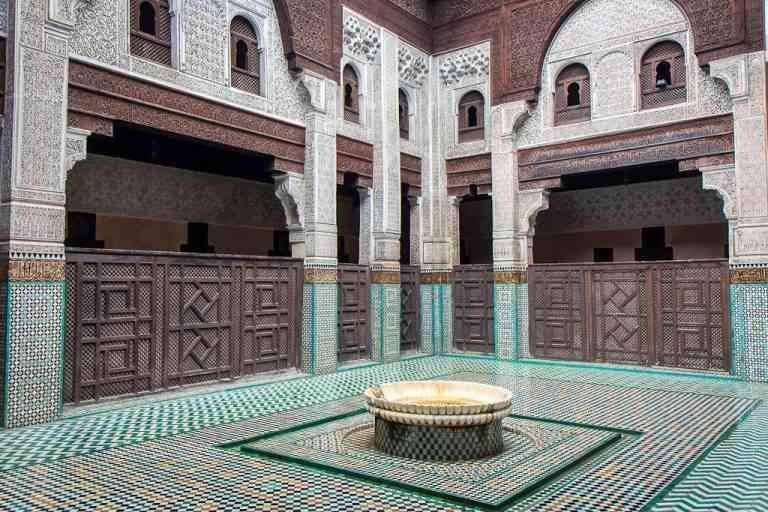 The Malaysian Legoland has a full recreational life