Among the many tourist attractions in Turkey, the archaeological site of Ephesos is one of the most magnificent and important due to its rich history, its amazing present, and the stories between them. The city of Ephesus was one of the most important cities of the Mediterranean, as it combined culture, diversity and civilization, and it is the classic mix of the cities of the Almitrablouis, meaning those cities that are characterized by the factors of civilization at that time. The geometrical sites discovered in Ephesus, which have become a sure destination for lovers of culture and antiquities, are constantly increasing. Today, let’s get to know the many secrets of Ephesus so that you can live a special experience the next time you visit it.

Hidden from the world for 1500 years!

Ephesus has a rich history, as it was the capital of Asia Minor in the Roman Empire, and some 250,000 people inhabited it permanently in the first centuries AD. Historians believe that St. Paul lived in it, but the city and the demise of the star of the empire began with a regression.

For about 1500 years, Ephesus remained unknown to the world, as the stunning monuments of the city remained hidden until about the year 1860, as a global team of archaeologists began the path of searching for antiquities. To this day, less than 20% of Ephesus has been excavated, yet it remains one of the largest archaeological sites in the world, where more than a million and a half million people visit each year to discover its magic. Imagine if the remaining 80% were excavated!

Important advice before traveling to Turkey

The most famous and recent temples …

The most famous archaeological landmark undoubtedly in Ephesus is the Temple of Artemis, also called the Temple of Diana. The temple is an example of traditional Greek architecture and was classified among the Seven Wonders of the Ancient World. The temple at some point was the largest on the globe, which shows the importance of Ephesus. Unfortunately, the temple was widely destroyed in the fifth century, but the remains of it can be visited.

As for the most recent monuments that appeared in the light recently, the most popular ones are the terraces. These houses belonged to almost the wealthiest inhabitants of Ephesus in the first century and were built according to the modern Roman style. Some of these houses included cold and soaking bathtubs, marble floors and even heating systems, which was a huge surprise for scientists and archaeologists. On the walls, unconventional artwork, mosaic and even handwritten poems can be seen!

Your journey to Ephesus will not be complete without visiting the famous Celsus Library, which was built in the year 123 and was one of the largest libraries in the ancient world after the Alexandria and Pergamum libraries. And after the library has been preserved, its visitors increase every year, where everyone is fascinated by the four statues that represent the four virtues, namely Sophia representing wisdom, Episteme representing knowledge, Ennoia representing thought, and Arete representing kindness.

To see additional amazing sites in Ephesus, you must spend some time on the path of Curetes, the main road that leads to Ephesus. Many of the buildings on both sides of the road were in the past shops and homes for the residents of the city, while it is interesting that the marble floors that were used in this road were prepared to prevent slipping when the rain fell …

Two miles from Ephesus, we find Selçuk, where many visitors spend their time before discovering the relics of Ephesus. In the middle of the town there is the Roman canal, which at one time secured water for the whole city and discovered more secrets of antiquities in a wonderful collection at the Ephesus Museum. For souvenirs, you can visit the market and convenience stores and choose between the double-knot carpet options, which are the most popular in the region. 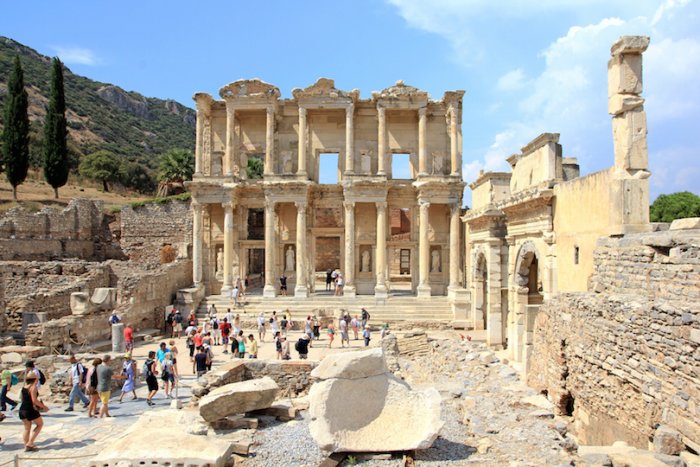 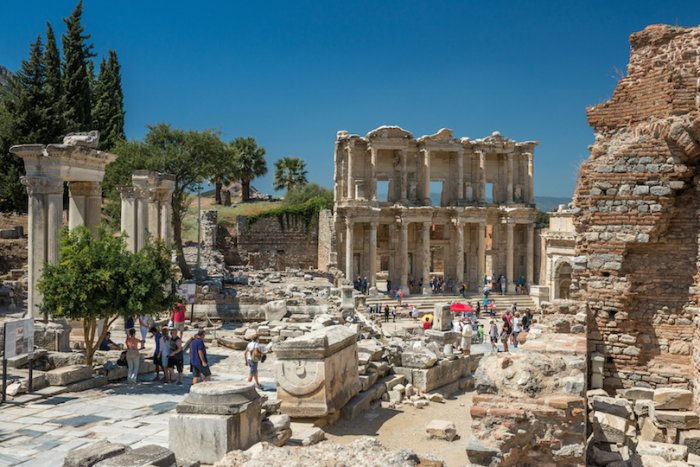 Of the effects of Ephesus 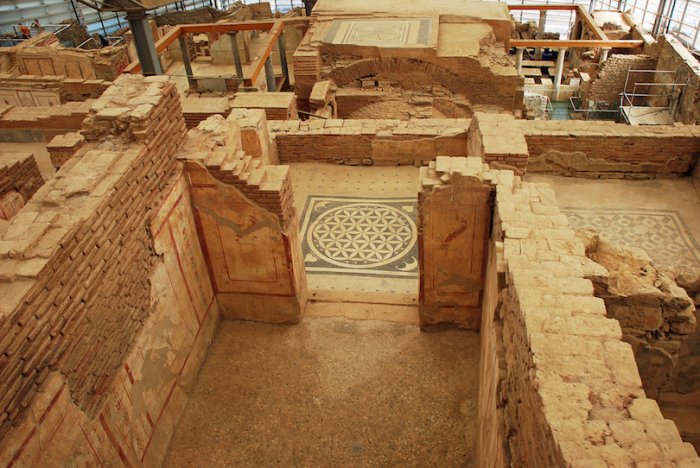 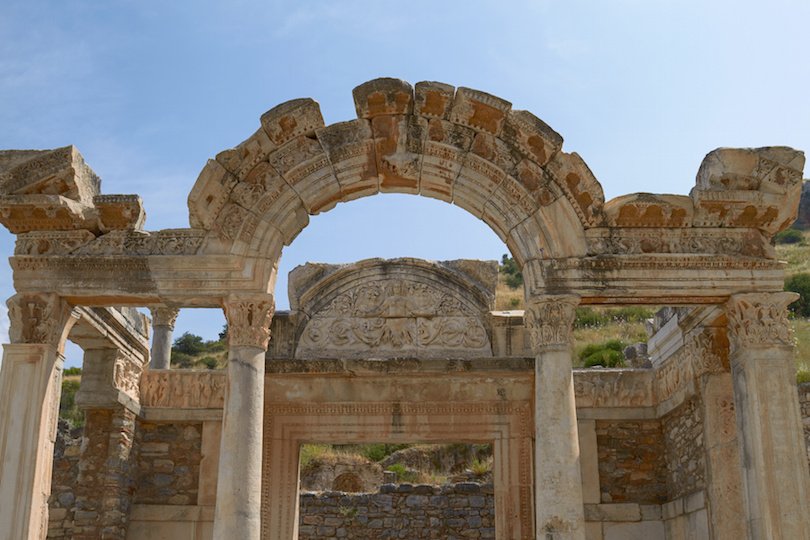 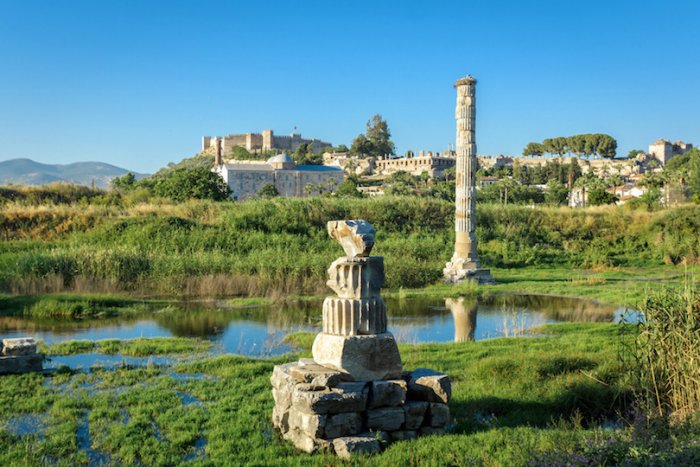 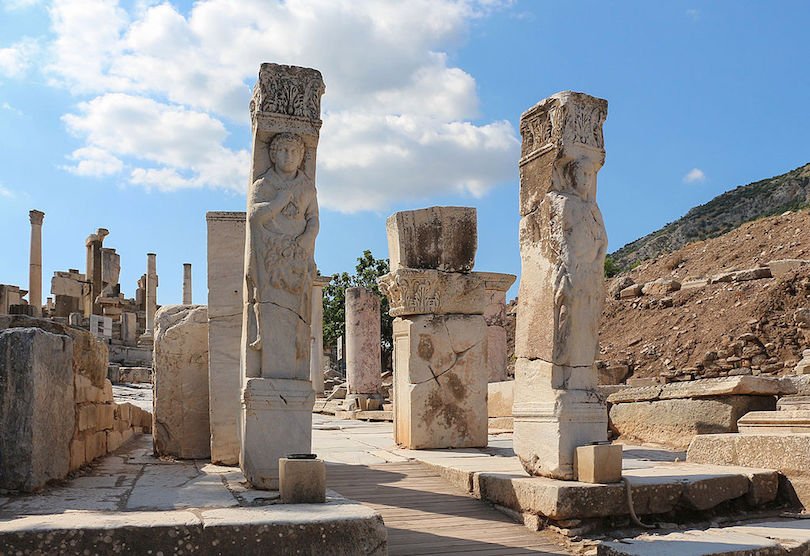 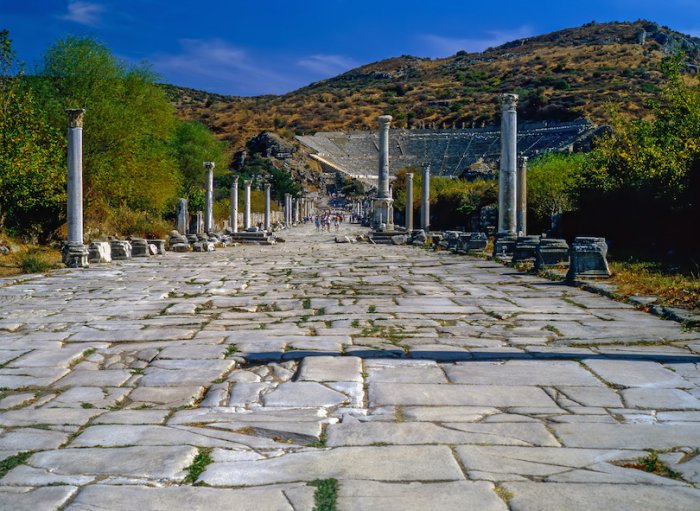 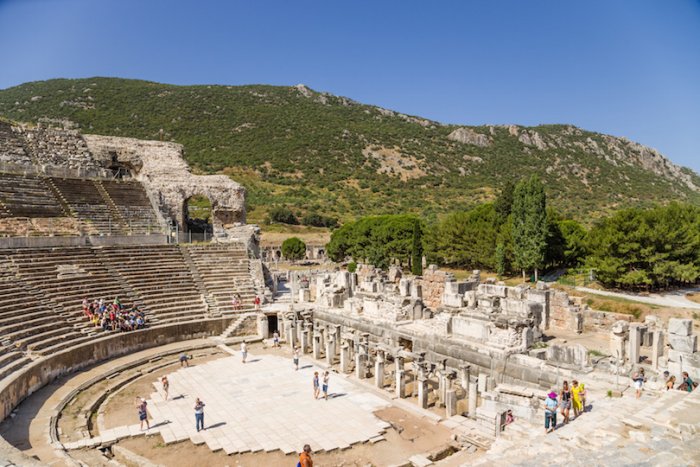 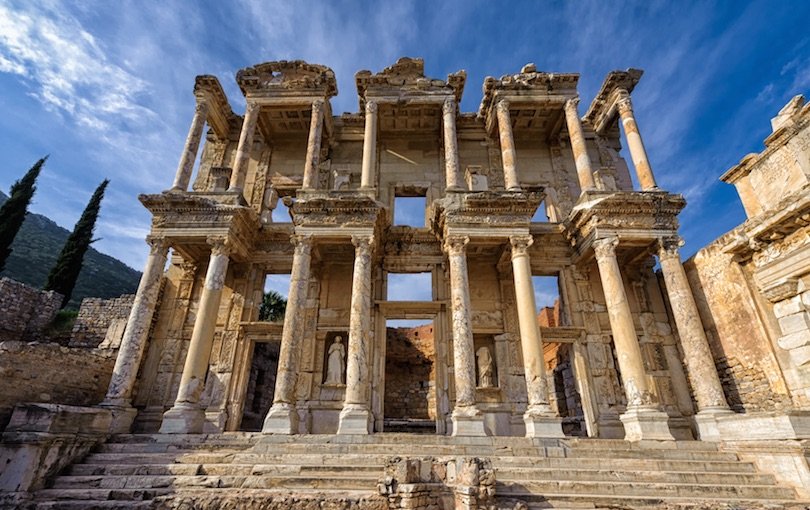 The most beautiful islands in the world