UAE passport passes you to 174 countries without pre-visa

The Global Index Index announced its list of the most powerful passports among the countries of the world, as it issues the UAE passport for the number of countries that allow its holders to enter without a prior visa. 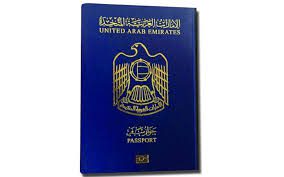 This comes as it allows its holders to enter 174 countries without a pre-visa “116 countries without a visa and 58 countries via the Internet or upon arrival at the airport”, after adding the Republic of Benin in West Africa, where only 24 countries are required to have a prior visa – that is, about 12 Only% of the world

According to the same index, the passports of Finland, Luxembourg, and Spain occupy the second position in terms of influence, as they allow entry of 168 countries without visas, while the third place holds passports of Denmark, Italy, Germany, the Netherlands, Austria, Portugal, Switzerland, South Korea, Ireland and the United States of America; as it allows 167 countries .

Picturesque pictures of Indian Kerala, the capital of spices