Your tourist destinations in the German countryside 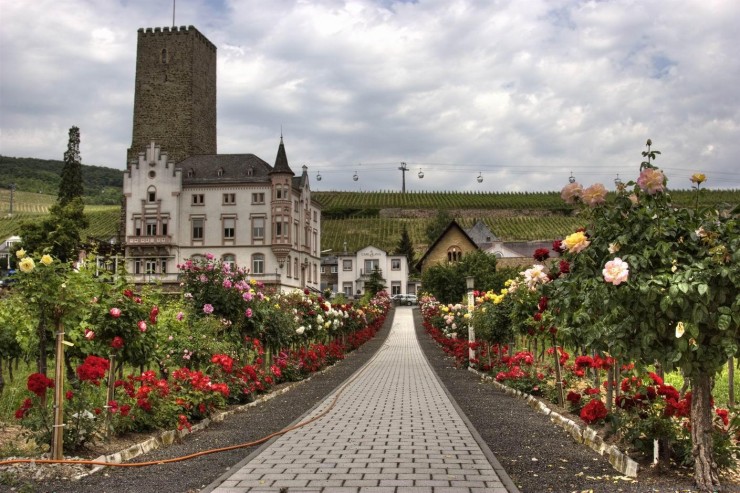 A very beautiful town that enjoys the magic of nature. This town is located in the southern side of the Rhine Valley in Ringo in Hesse in Germany. You can walk around this village on foot or through the cable car, where you can see the ruins and landmarks of the tourist town from above. It is one of the most beautiful beautiful villages for tourism in the German countryside.
How to get to the wonderful Rudesheim am Rhein
Either by:
1- The boat: by the Rhine, which stops at Rudesheim station or by ferry which also takes you across the same river to the charming town and the cost of transportation is 2 euros.
2- The train: Although it is scarce throughout the day, it is inexpensive and links Rochheim to many other towns.
Among the most important features of this town: 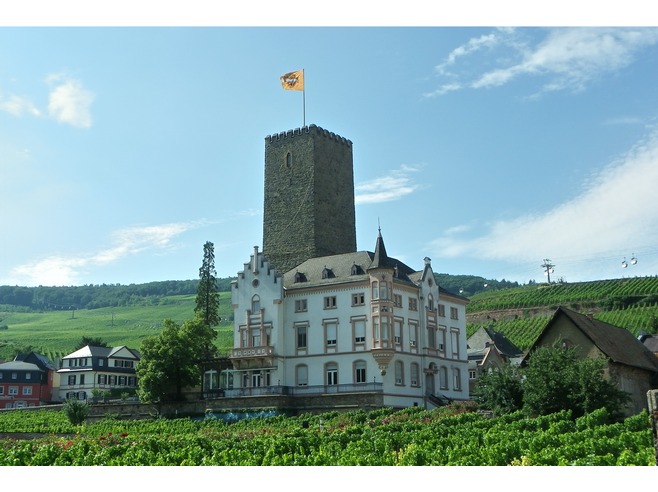 The unique beauty of the castle and the picturesque nature around it attracts more tourists to it and it is the tallest and tallest building in the town as its Roman tower with unique architecture is the most important characteristic of 38 meters. And the thickness of its walls is 3 meters, and this castle was established in the ninth century AD. The castle is open from March 1 to November 1 from 9 am to 6 pm. 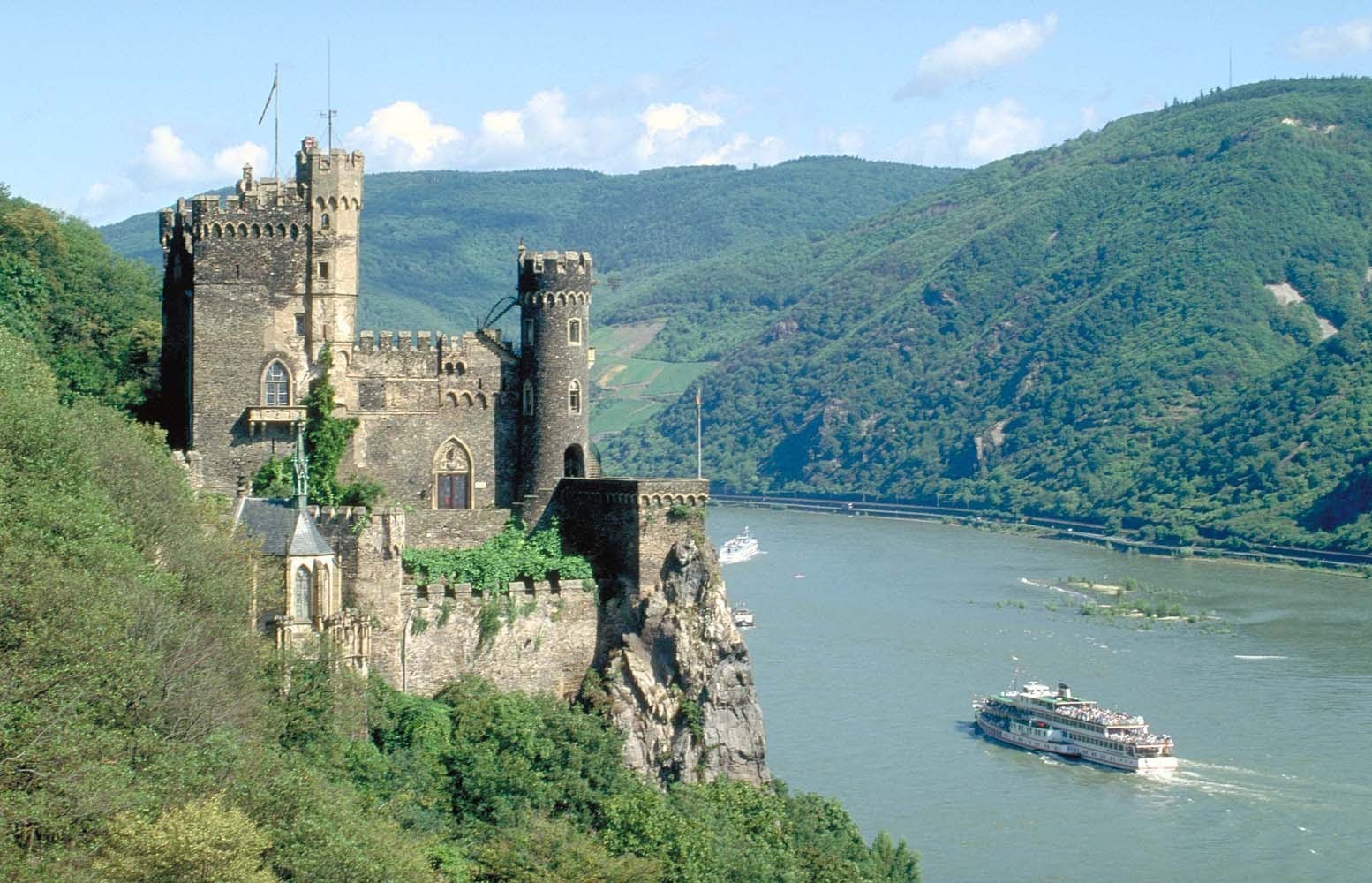 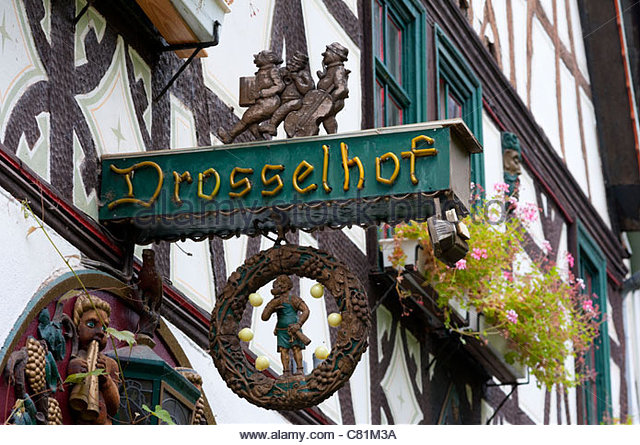 This wonderful street in the town is one of the most important tourist attractions in the town, where almost 3 million tourists visit it annually. The street is 144 meters long and 3 meters wide, on both sides of wooden houses with unique and distinctive architecture. You can also take a souvenir for this beautiful trip from one of the shops on that street selling souvenirs. 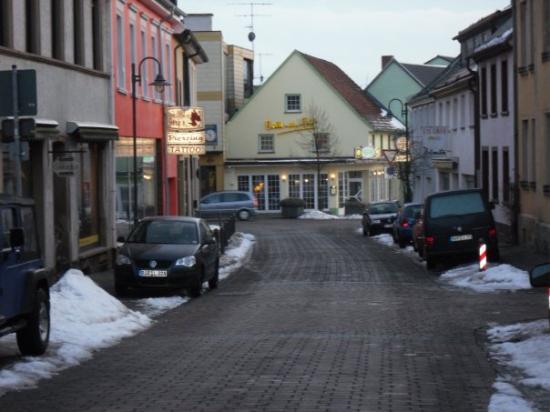 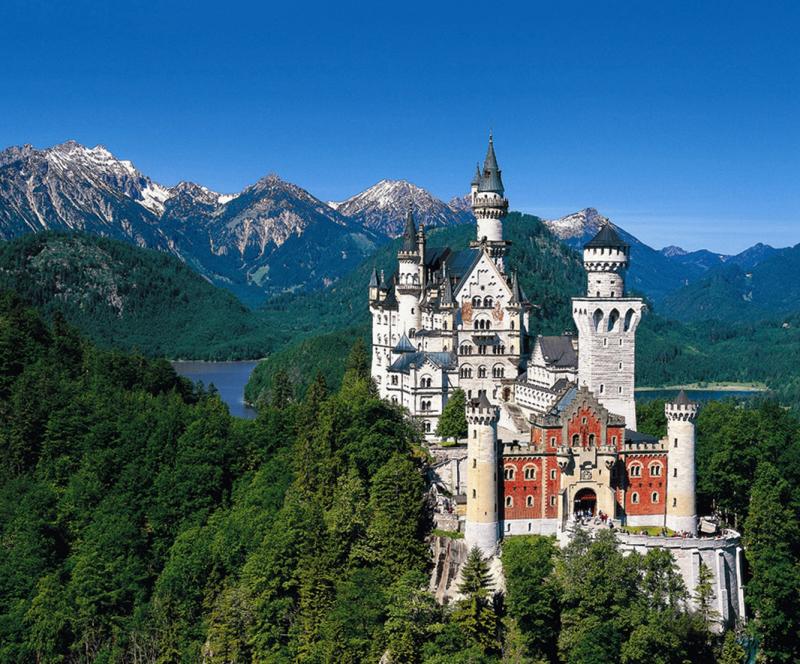 This magnificent royal palace was established in that wonderful land in 1860 AD by King Ludwig II and the palace is located in a charming eye area that will magnify its splendor. It was built on a mid-mountain mountain plateau with a height of 800 meters above the ground. Enjoy watching the industrial cave located between the palace salon and the royal reading room which There is the imagination of the fertile king, who designed it himself and the cave. There is a waterfall surrounded by a large glass balcony that allows the king to see the Alps and its magnificent view, which collects snow over the winter. The construction of the palace continued for about 12 consecutive years. King Ludwig shared a design with the responsible engineer Unfortunately, the building was not complete, and King Ludwig II was unable to live in it for only a few days before being overthrown and exiled to the tower of the tower, then his death in mysterious circumstances in a lake near Munich. The palace furniture and decorations are characterized by being very impressive and beautiful, and the kitchen for the palace is large in a striking way. But this is due to King Ludwig II’s fame that he used to live a lot of food, so he liked that enough food be prepared for four people, despite the lonely quality on the table, and the number of tourists per day to the palace is estimated at about 10 thousand tourists. 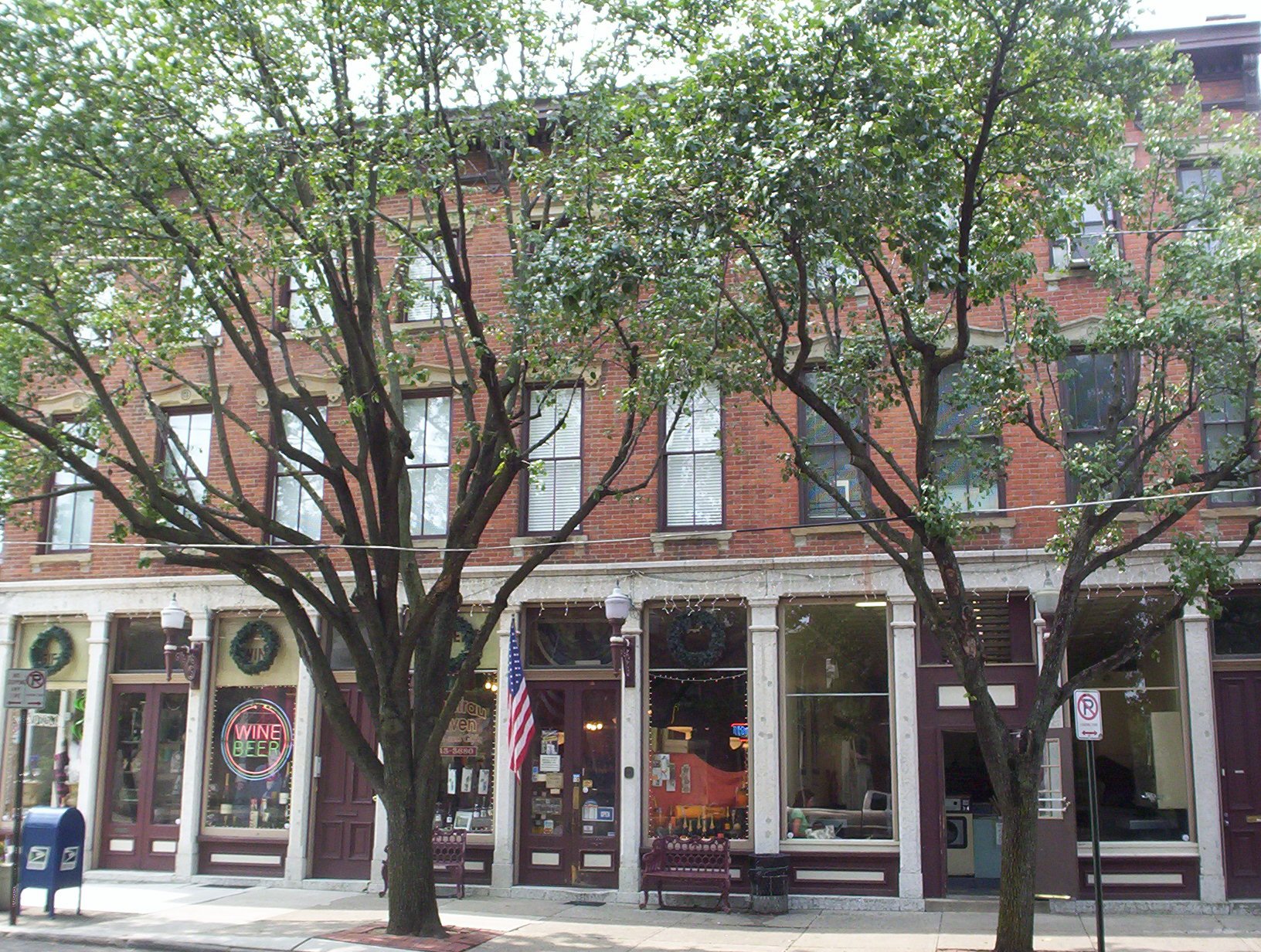 In a beautiful tourist town located in the Upper Bavaria district of the state of Bavaria and has an area of ​​about 22 km and a population of 4 thousand people and is well-known for its natural health spas.
4- Lake Tegernsee: 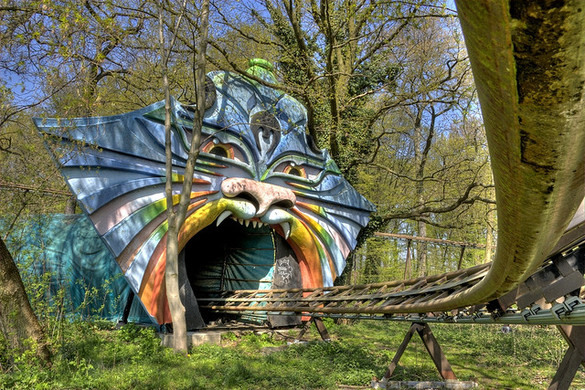 There are near the town of Hanover, one of the distinctive tourist places in Germany in general. You can learn more about extinct animals, especially dinosaurs, which are believed to have relics in this park. In the garden there is an educational museum for children, as well as an antiques and gifts shop.

The best malls in Milan .. where luxury and sophistication