A trip to China? .. 20 great advice that will surprise you

You might think that you know a lot about China .. this vast country with its ancient temples and its huge skyscrapers and large crowds and others, but planning your tourist visit to China is not easy, there are many surprises there that you must prepare for and know basic information about it and its people. Today she will give you 20 great and basic advice about China, some of which will surely surprise you.

Ni Hao is not for everyone!

Almost everyone knows that the greeting of Ni Hao (Hello) is a friendly Chinese vocabulary. This is true for some residents, you should know that this word has several dialects even within the same Chinese city. In widespread Cantonese, it is said Nei Ho and Nong Ho in Shanghai and Li Haw in Hunan!

Crowds are not everywhere

It is true that there are a billion people and more inhabiting China, but in practice the text of the country’s area is empty. When you visit areas such as Tibet, Jinjiang, and Mongolia, you will find scenes almost empty of urban life and only a few semi-isolated villages. Even the densely populated coastal provinces have quiet and beautiful mountains and national parks.

Contrary to what is common to some, it is impossible to see the Great Wall of China from the atmosphere or the moon! But it is good that visiting this fence is a special thing and a wonderful experience, and many sections of it deserve attention.

China not only eats rice!

Rice is the main dish in southern China only, because due to the tropical climate adjacent to the Yangtze River, rice grows strongly there. In the north, for example, you will find that wheat is the dominant food promoter, ranging from pies, noodles, pastries, and sweet potatoes. In Xian, the Roujiamo (which is bread with hamburgers) will be found everywhere.

We continue our tour with food, as it is believed that everyone in China eats snake meat! But that is totally wrong. It is true that there are tribal societies that eat some kinds of strange animals for us, but the vast majority did not and do not eat them, and you will not find this anyway in restaurants.

Do not be surprised by the general discussions

China is not a country in which people are afraid to express their opinions, even on the street. In the country, you will find many locals talking about big things and engaging in public discussions. Don’t be afraid to ask any questions you want there.

China is an ethnically diverse country. It is true that all people have black hair, but there are differences between the population according to the region. The southerners do not enjoy tall, while the northerners have long and there are more than 55 ethnic and racial groups in China. You may also notice that a number of residents are closer in shape to those of Thailand, and these are the Dai people in the south.

Always check the weather forecast before traveling to China, as the country may be “deceptive” in this regard. Districts such as Chongging, Wuhan, and Nanjing are called “three ovens” due to their heat and humidity. In winter, the north is very cold, but Harbin has a fantastic Ice Festival every year! As can be seen, the options are great even in one season, but consider going in the spring and autumn to get the best time for the weather.

The train in China is very fast, even faster than Japan, so don’t be surprised. The fastest train passes between the capital, Beijing – Shanghai, and it may reach 487 km per hour!

There are more than 9 million bicycles in Beijing alone … but this was in 2005 as the bike is no longer “modern” now that cars are vastly superior. Do not expect to find many places designated for bicycles except in the back streets and forbidden areas for cars, such as Back Lakes Circle in Beijing.

Prices are not cheap

If you think that China is a country with low prices, you should know that the truth is not like this. Many cafes, clubs and restaurants have high prices. But if you want to visit local places, the prices are less moderate.

In China there are many wonderful historical museums that have stored civilizations for thousands of years. But if you are looking for the best in this field, you must go to the National Palace Museum in Taipei, Taiwan, where the amazing pieces collected by the Chinese emperors are there after the Chinese Civil War in the 1940s.

China is not just big cities, in fact, it has more natural and climatic diversity than any other country. Discover the tropical forests of Yunnan Province or the majestic mountains of Tibet, the hot desert in Jinjiang, and the cold desert of native Mongolia! In each of them you will be amazed by the beauty of nature.

You should know that social media is banned in China from Facebook, YouTube, Twitter, etc. … You will have to abandon these sites, but the Chinese are using excessively Chinese communication sites such as Weibo and Tudou.

In many countries, the currency exchange rate varies in one place to another, but China, if you change your money at the airport or at any point in the country, you will get the same price! This is very positive.

China is from the third world countries, but the civil sites enjoy great development and they are very organized and healthy. You will discover the organization of airports, hotels, streets and stores in the big cities.

You will not get “Chinese” food!

In Chinese restaurants, you will not see the traditional food ingredients you know in her country! But you will discover hundreds of local flavors that range from one area to another where the salt flavors dominate in the north and the hot in the center while the sweet flavors near Shanghai and eating rich sea products in the south.

You may not think you can ski in China, but the belief is wrong, as the country is building more than 70 ski resorts, especially in the northwest regions. Yabuli Resort is very well known for its international competitions, due to the fact that it is located among the most magnificent mountains.

Finally, yes, China is a country with problems as most countries are, but you will be surprised by how positive people are and the development that took place there and remains one of the most amazing countries to visit. 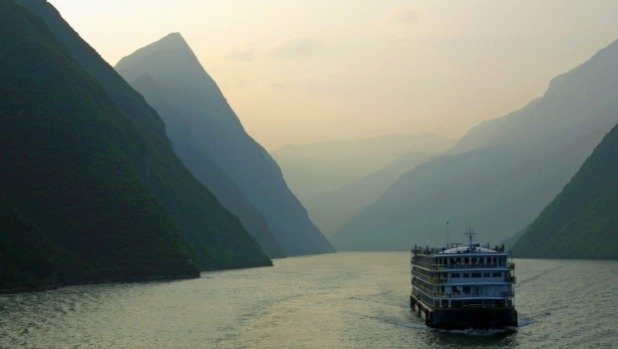 From the Yangtze River 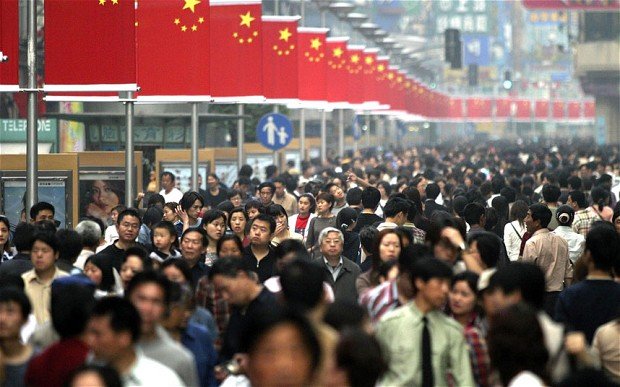 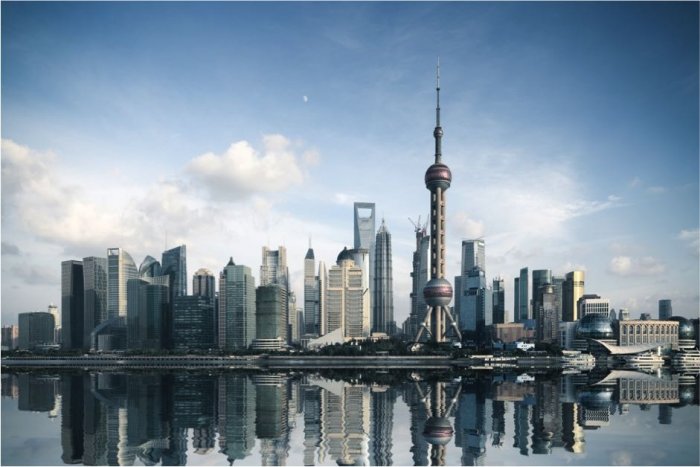 A scene from Shanghai 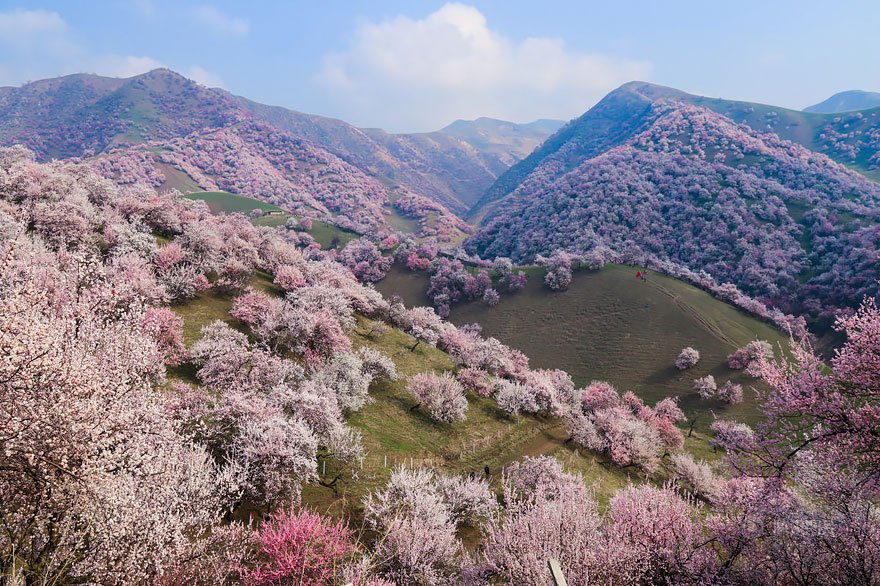 Wonderful nature in many Chinese regions 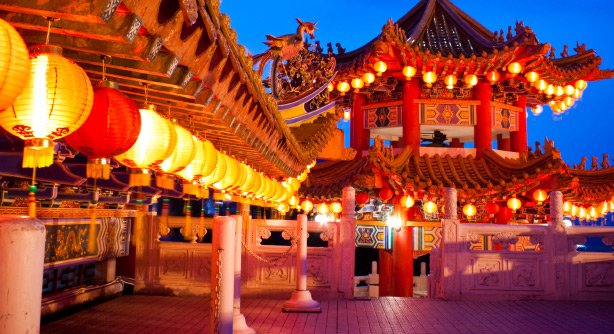 China is a beautiful country to discover 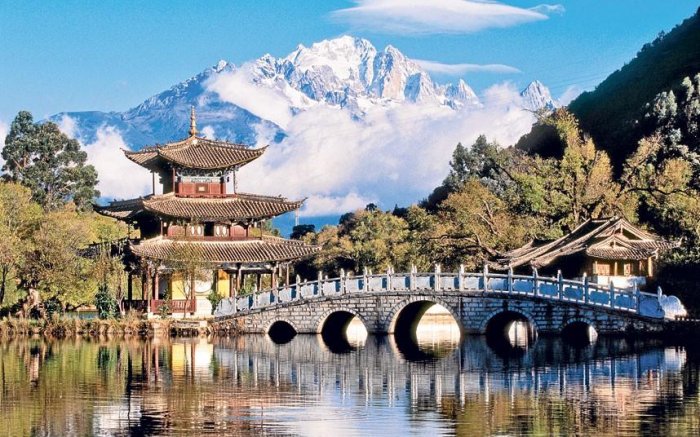 Discover China with these tips

Reasons to travel in winter to Europe

So you will enjoy your trip with your children