Al Hoceima is the jewel of Morocco … Learn about it

Al-Hoceima, whose residents call her “Pia”, is definitely the Moroccan bride of the Mediterranean. This beach city is located in the far north of Morocco, overlooking the Mediterranean coast and surrounded by mountainous terrain, it is part of the major countryside. Its beach is one of the most beautiful Moroccan beaches, and it is the point of attraction that this city depends on to attract tourists. Especially since its sea is calm and its gentle waves entice to swim all day long. And the Moroccan monarch, King Mohamed VI, has become a favorite in the summer capital, where he plays his favorite sport, which is the sport of “water bikes”.
Perhaps ironically, many tourists are watching the King of Morocco by watching a record speed on his water surface. 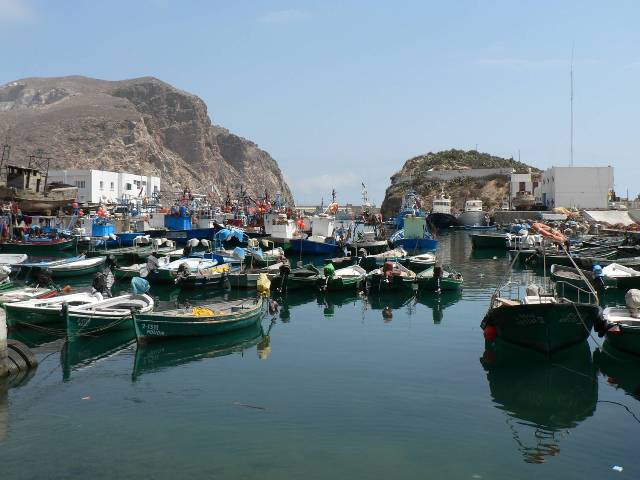 Al Hoceima is hiding behind rugged mountains, and on the way to it, you discover that Al Hoceima is only one of the many separate stations and human settlements, making the Mediterranean beaches wonderful tourist points.
If you are a visitor to Al Hoceima in the summer and do not have a hotel reservation, then searching for a place to stay may become a serious problem, as the city’s hotels are crowded with capacity. As “the jewel of the north”, as it is also called, is visited by many from inside Morocco, as tourists flock to it, especially from Spain, France and Italy.
Many visitors to Al Hoceima prefer to eat fresh fish that comes from the Mediterranean, especially sardines, which are considered by the people of the city, the city’s unparalleled wealth.
And the residents of the city start in restaurants with a delicious “pizza” (one of the types of beans), waiting for the sardines to be grilled, and then the fish dish.
The history of this city is very abundant, and there are many traces indicating this history, but the most beautiful thing in this city is the shores of the Mediterranean and have names that are mostly derived from the Spanish or the local country dialect such as kimado, plate, claponita, tara joseph, claires, boskor. The city depends on the income of tourism and fishing, but since tourism and to some extent fishing is limited to summer, most of the inhabitants of the region migrated in the period between the sixties and eighties to Europe.
Since 1990, some European companies have invested in tourism projects, in addition to some local investors. Therefore, the city has witnessed a remarkable development in infrastructure and development projects. 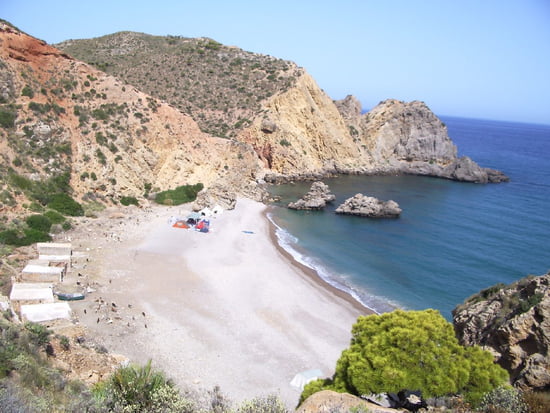 Al-Hoceima witnessed several historical events that contributed to the interaction and mixing of many urban appearances, and the city and the city have a number of historical monuments represented by castles, caves, mosques and doors. Rahmouni added, “If Al Hoceima is rich in its history, then the definition of this date requires additional effort in order to promote it as a tourist product that will benefit the entire region.” Al-Rahmouni pointed out in this regard that Al-Hoceima abounds with historical sites that reach more than 53 sites, as the region is known for its linguistic cultural diversity and the fact that it formed a fertile site for intermingling civilizations, “Al-Hoceima can be considered an open museum that can be used for tourist attraction.”
There are several historical castles in Al Hoceima that appeal to what might be called “research tourism”, including the Citadel of Trees, Sanadah Castle, Fort Taourirt Castle, Tagazot Castle and Targiste Towers, in addition to another group of monuments. In the center of Al-Hoceima, you can sit in elegant cafes for a mint tea cup, and in the new city you can wander around Al-Masirah Square, where people watch each other.
But the most important thing that attracts the tourist is its beaches, which are not crowded like the beaches of other cities, the closest beach to the city is «Qimado», which is a famous beach located between the Mediterranean Sea and the mountains of the countryside and in the summertime bustling with European and Moroccan tourists, and many separate this beach, especially Those who go diving are in the depths, so there are many shops near the beach from which tourists rent diving equipment. If you want to wander outside the city away from the port, on the West Coast there are other beautiful things you can see. As you follow the road on Mohamed V Street, which leads to the city of Nador, there is a continuous strip of beaches that are not crowded with tourists, and many prefer a quiet and ideal place to spend the summer vacation. 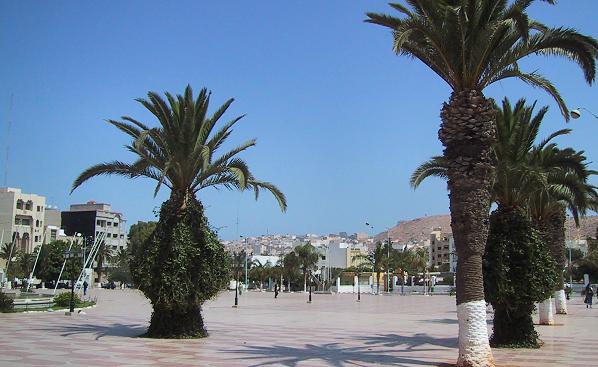 If you do not have your own means of transportation, you can use a taxi to the “Cala Boupita” forest at Siadla Beach or Estaladro Beach. Among the advantages of Al Hoceima beaches are soft and golden sand, while the sea is always warm in summer. Among the popular beaches is a beach called “Calairees”, which is one of the best beaches in northern Morocco, as its waters are clear and soft, while its depth is not more than half a meter, so tourists accept it with their children, which is the closest thing to a swimming pool.
The city’s residents are used to tourists, and they treat them with great affection and flexibility. The city’s hotels are among the best on the Mediterranean. It is an ideal place for a relaxing and quiet vacation.