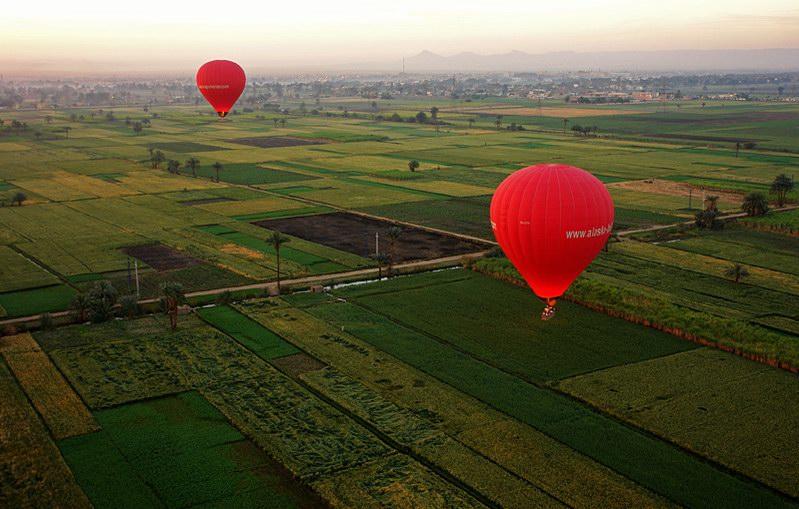 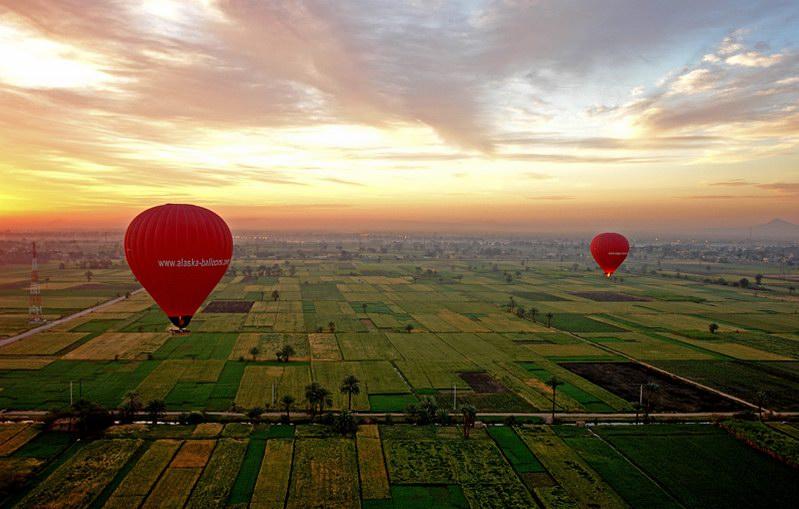 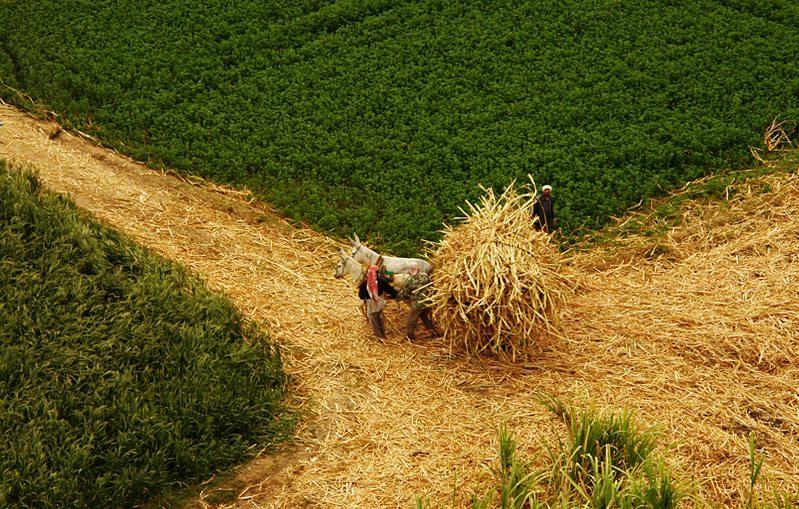 The tour begins with a balloon ride that flies in the sky of Luxor .. It is a new tourist means that everyone can try
The balloon slowly began to move away, which will give a wider horizon of vision
A view of the fields and green lands that decorate Luxor 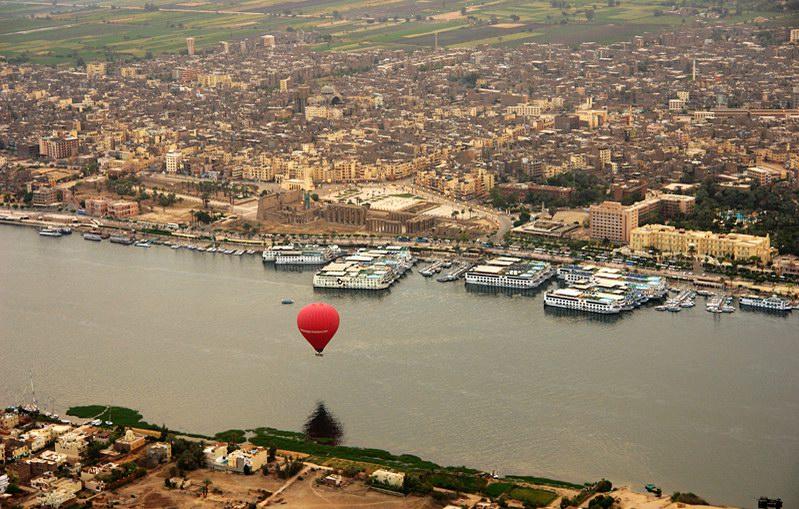 It is worth noting that the Nile River passes through it and divides it in two .. one eastern and one western
The eastern half is the one in which life exists .. In the sense that it contains homes, hotels, green land and all means of life 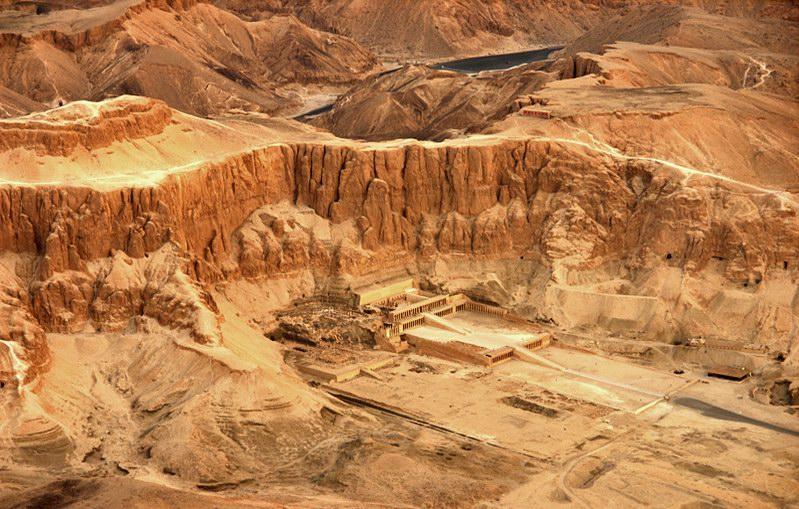 As for the western half, it is dedicated to the effects of the Pharaohs .. You will soon see the difference between the two halves separated by the Nile
Here the Nile River with its impressive ships and Nile ships
On its banks are the luxury hotels … The Nile here is very spacious, unlike in Cairo 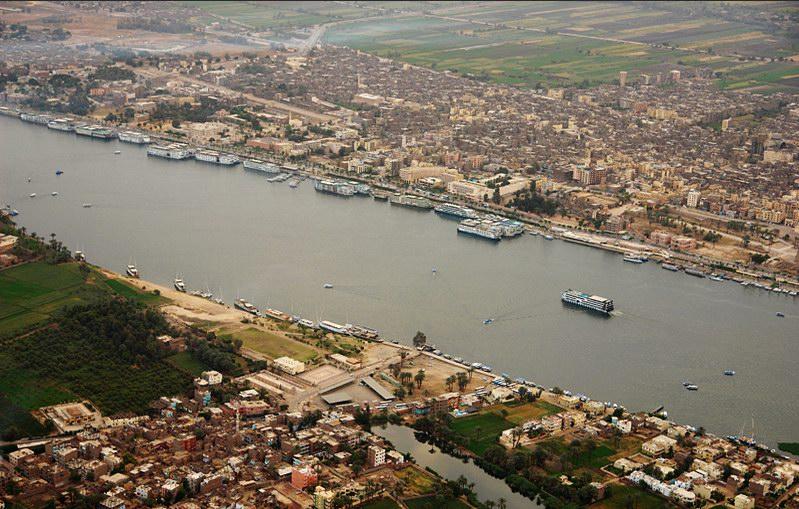 Its edges are red due to the amber in them
The balloon is now over the Nile as it moves from east to west
Hotels look clear here
In the middle of the Nile there are many wonderful islands
The number of islands there reaches 144 islands between medium size and large size
The largest of them is an island called Plants Island … or Kitchener Island
It is an island with rare types of plants, giant trees and various fruit trees
Tourists arrive by boat and spend a full day there

Here we moved to the western part
Here is the sea monastery or the Queen Hatshepsut Temple
It is a very large temple that served as the royal palace during the time of Queen Hatshepsut … and is the only Pharaonic queen to rule Egypt
Look at his place in the belly of the mountain so that it is in its protection
After a 45-minute tour of the sky, we are prepared to land
It was just a few minutes before sunset
After arrival, each passenger receives a certificate stating that he has traveled by airship for 45 minutes over Luxor

Learn about the best malls in Jakarta