Dear tourist, get to know the most visited tourist attractions in Surakarta

Surakarta, one of the most beautiful cities of Central Java Island in Indonesia, is also called Soula, adjacent to it are “Boyolali Regency” cities in the north, “Karanganyar Regency”, “Sukoharjo Regency” in the east and west, and “Sukoharjo Regency” from the south, bordered by East side “Solo River”, there are seven provinces in the region, and the number of districts is 59.

The city has more than 19 landmarks, making up the most visited tourist attractions in the Surakarta region, all gathering around the valley of Merapi valley. The city relies on groundwater to cover its drinking water needs. The city is characterized by tropical monsoons, the wet season begins in October To June, the dry season for the rest of the year, from July to September, precipitation annually from December to February, in general the temperatures are relatively consistent throughout the year, and the average temperature is 30 degrees Celsius.
In general, the city is one of the tourist attractions, inside Indonesia, and is characterized by natural resources and cultural monuments, there are a number of areas that are most exciting and attractive to tourists, so we will explore those places in the next lines: 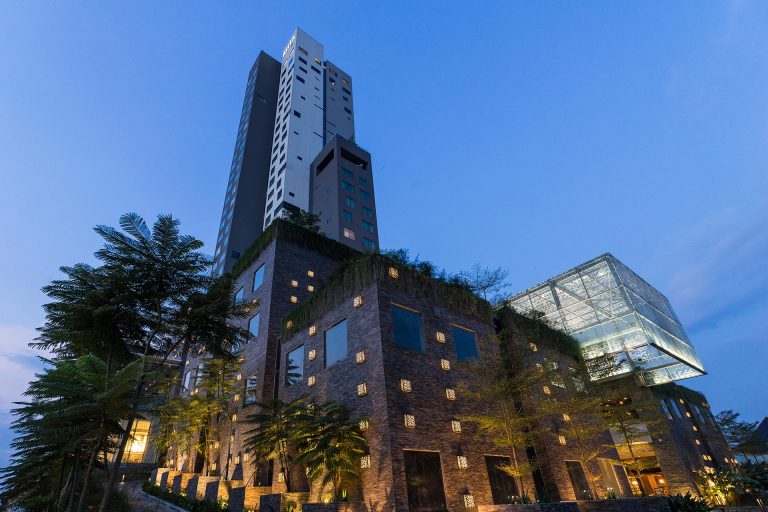 It is a modern hotel in the Surakarta region, one of the luxury hotels, offering tourists a distinctive residence, which is a high-rise building consisting of 28 floors, it is one of the tallest buildings in Central Java, and the hotel has a modern touch with Javanese touch, and the weather is cool because it is in a mountainous place Empty, it also features distinguished tourism services, such as the swimming pool at the top and agriculture at the top of the hotel, along with traditional services, such as massage and sauna services, an integrated spa, and 24-hour service.
Address: Jl. Slamet Riyadi No.562, Jajar, Laweyan, Kota Surakarta, Jawa Tengah 57144, Indonesia
Phone: 622716770888
Website: http://www.alilamoments.com/solo/
Explore Wonogiri Village: 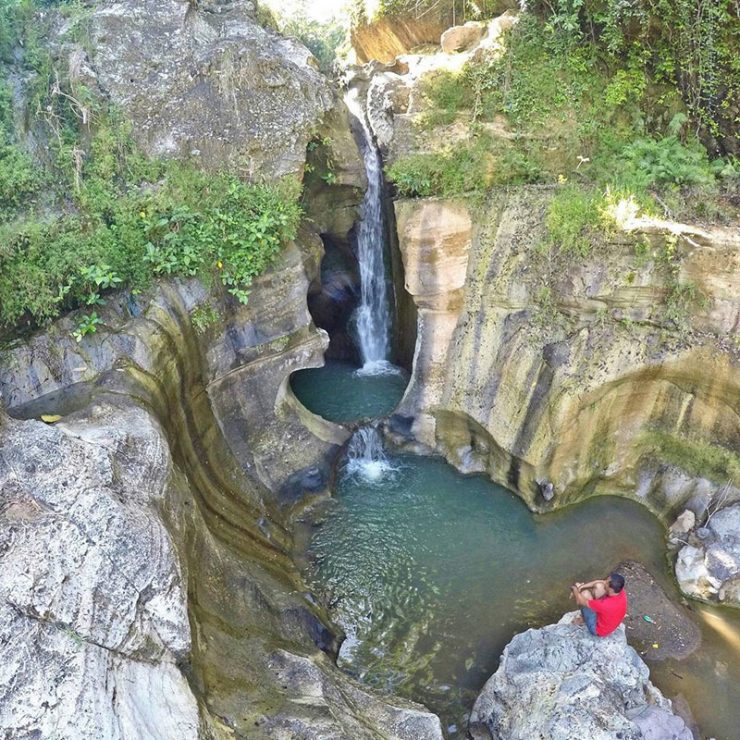 Of the beautiful villages in the city of Surakarta, the neighborhood is located in the southeastern part, and the village is located Grojogan Selondo Bridge, which is a piece of natural beauty, there is a waterfall of the same name in the region, and a number of strange slopes of the shape, and in the lower part there are two types of ponds And small rivers.
And the water is very cold, and the walls are a mixture of golden with brown color, and the area is characterized by wild green plants, which grow alongside rocks, and which resemble Grand Canyon Park in Arizona, USA, and access to the place is not difficult, and the site is not far, you have to take the roads Filled with rice fields, and from the beautiful villages in the same place, the village of mumpung ke Desa Bakalan, and the village of jangan lupa sekalian, do not forget to stop at the hills of Secokro, and enjoy the high landscape of the sea at a distance of 635 meters.
Access address: Desa Bakalan, Kecamatan Purwantoro, Wonogiri, Jawa Tengah. Koordinat
Adventure and rise of the tree alam dari atas pohon: 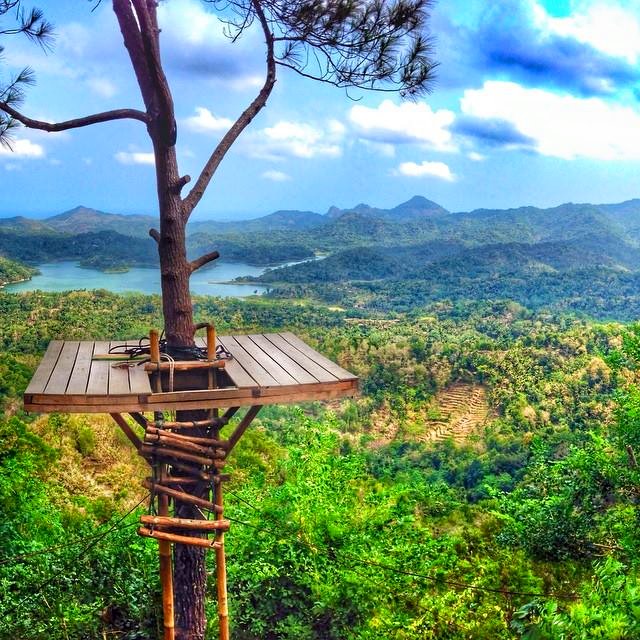 In Indonesia, there are many houses and hotels trees, a part of which is almost empty, except for it has a house, restaurant or hotel on top of a tree, where it is characterized by giant forests, antique trees, entry ticket to sit on that tall tree, or climb the tree for 3000 rupees, and a parking ticket The car is for 2000 rupees, the tree is in the village of kecamatan, you have to go on it by crossing winding and hard roads, and the other road, kalibiru road, can be reached and moved by car.
It is one of the new tourist spots, it attracts tourists who love tranquility and those looking for adventure and recreation, and attract photography lovers from all over the world, to reach that tree and sit on top, you must cross from an air suspension bridge, made of bamboo, to be climbed through a ladder made of the same material Sitting on the tree, you can watch and photograph Bukit Batur, and of course the fog around you, the weather is cold, the best times to visit at sunrise.
Address: Jarak menuju Dusun Suroteleng dari jalan utama Boyolali – Magelang kurang lebih 2,5 Km.
Explore the other side of Merapi Merapi:

Explore the other side of the Merani Mountain

It is one of the volcanic mountains, which is located on the border between Central Java and the island of Yogyakarta. It is one of the most active volcanoes in Indonesia. The other side of the mountain is a very green area, it can be seen from Bukit Gancik Mountain, which rises 2000 meters from the sea level, and in The area enjoys panoramic views of a quiet green farm, to which tourists come from everywhere, for play, adventure and recreation.
What makes the place exciting is the TOP banget, the exciting spot of the place, you can look at the Keraton Solo Palace, and the entrance fee is Rs 5,000.
Go to see Bukit Sepikul Mountain: 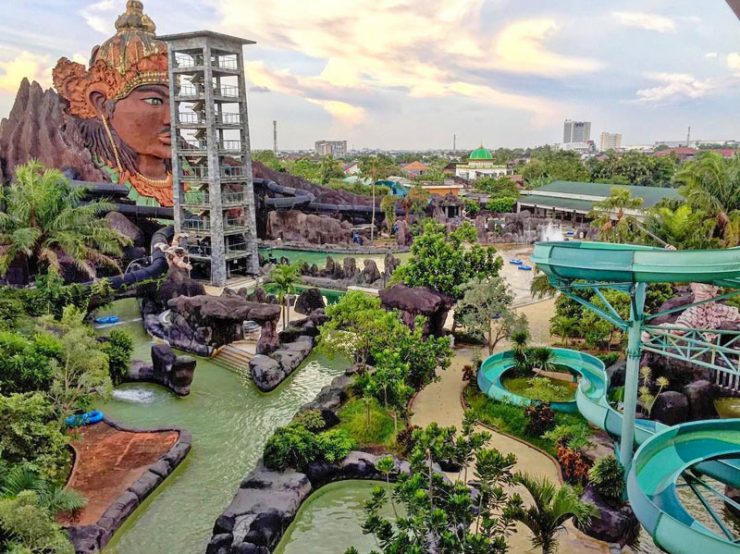 Of the truly amazing places, one of the most attractive places for photography lovers, the place consists of two mountains, each mountain looking at the other, a series of long green mountains, with a small mountain group in front of them, then hills and foothills in front of them, the visitor can climb one of the hills, to see the sunset The magical sun behind the mountain, the entrance cost 2000 rupees.
Address: Jalan Raya Krisakelir KM. 7, Tiyaran, Bulu, Gentan, Bulu, Kabupaten Sukoharjo, Jawa Tengah 57563
Go to see “Candi Prambanan”: 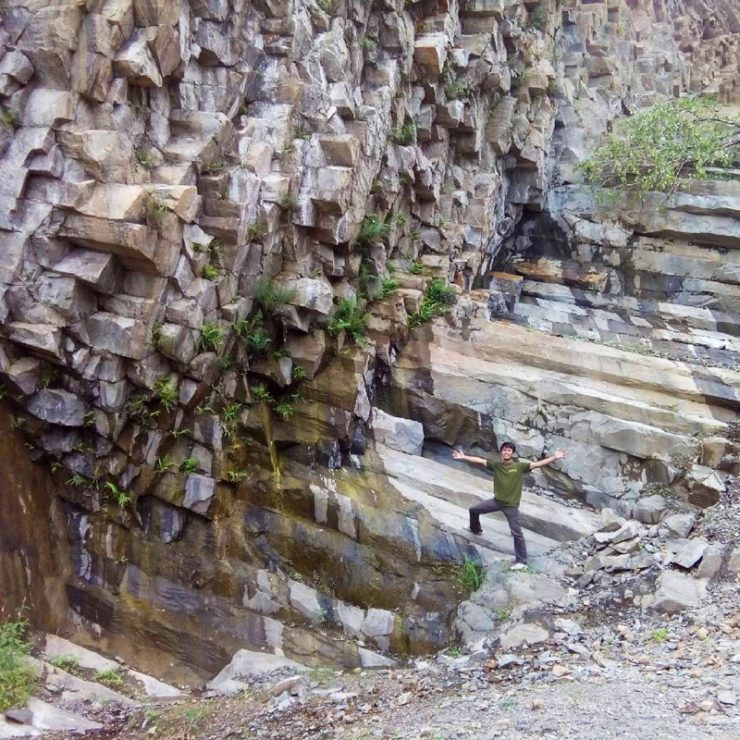 Of the temples belonging to Hindus, located in the city of Yogyakarta, the construction rises about 47 meters, was built in the ninth century in 859 AD, and was built according to the style of the Hindu temple architecture, and the construction is very impressive and beautiful, and was built during the reign of the two kings Rakai Rakai Pikatan Balitung The property is 17 km from the city center, surrounded by a beautiful park.
It is a building made up of three main temples, Vishnu, Brahma, Shiva, and it is the most visited and attractive place for tourists in Surakarta district of Central Java Island.
Address: Bokoharjo, Prambanan, Sleman Regency, Yogyakarta, Indonesia
Visit hot springs Umbul Cokro Tulung, Klaten

These springs are located in a place surrounded by high trees, and it is one of the most important springs in the world, and the green forest is like a water park Waterboom Cokro, and the water is characterized by cleanliness, while the place has fresh air and cool breezes, the sources of water are 100% natural, and the water has fast flowing, The entrance price is Rs 11,000, to which visitors arrive. Recreation, swimming and adventure by pool, appointments are from 7:00 to 17:00.
Address: Cokro, Tulung, Klaten, Central Java 57474, Indonesia
Go to see Bendung Colo Station:

It is a water treatment plant in Central Java, operating 24 hours a full, opens its doors for tourists, and features an elegant design that attracts all visitors to it, it was built in an odd way, it is symmetrical rock structures, a tourist can walk and jump on, and of course photography.
Title: Ds. Pengkol, Kec. Nguter, Pengkol, Sukoharjo, Kabupaten Sukoharjo, Jawa Tengah 57571, Indonesia. 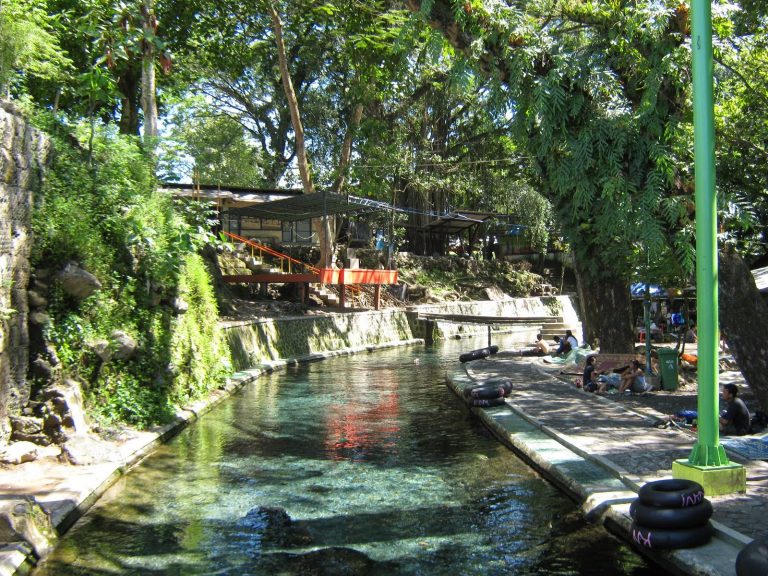 It is a great tourist destination, for photography enthusiasts, suitable for private photography sessions, and the place is made of red limestone, and it has a unique and distinctive look for lovers of excitement and mountain climbers.

To experience innovative food, travel to Coco Bodu Hithi Resort is an ideal destination for this

A pleasant week in the charming Trabzon