Delhi is the most beautiful city in India

India is one of the most attractive countries for tourists, because it has its own charm that mixes several cultures, namely Asian, Arab and Islamic culture, and local Indian culture, as well as some western influences resulting from the British occupation of it for long periods. Delhi is one of the cities that expresses very clearly that unique blend.

The city of Delhi is unique in that it is divided into two parts, one of which is ancient, which reflects the traditional folk lifestyle dating back centuries, and the modern section, which reflects all forms of urbanization and urbanization that are unique to developed countries.
Through the following lines, we will review with you the most important, most beautiful and famous tourist destinations in the city of Delhi so that your visit to it is exceptional and unforgettable!

You must visit Delhi Old City to enjoy an unforgettable trip in India: 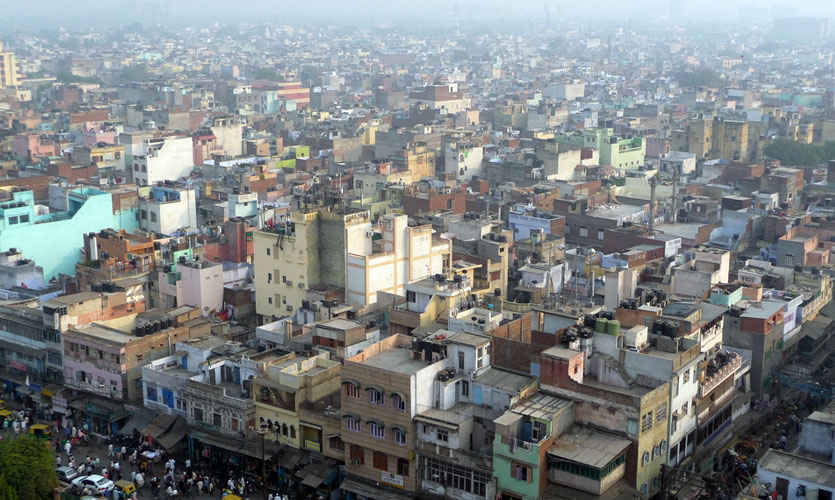 Delhi is not only one city, but it is two cities that differ in features, characteristics and shape. The first city is the old Delhi which was founded in the seventeenth century surrounded by 14 ancient gates to separate it from the city of "New Delhi" which has become the political capital of India as it has become a major economic center after It was founded in the early twentieth century.
The old city of Delhi lies six kilometers from the new city, and it is characterized by its antique buildings that were built in the Mughal style, and it is also rich in historical monuments, such as the old castle, the citadel closed to Abad, the Safdaring Mausoleum, the Jama’at Mosque and the Lakshmi Narayan Temple.
The old city is also full of popular stores that sell a lot of traditional Indian products, including handicrafts, spices and fabrics, and it is also full of restaurants that offer famous Indian dishes such as saffron dazzling rice, jamun gulab, chul patur, katty dole and aldo, which I definitely heard their names in Indian films.

Visit the Red Fort Palace to enjoy an unforgettable trip in India! 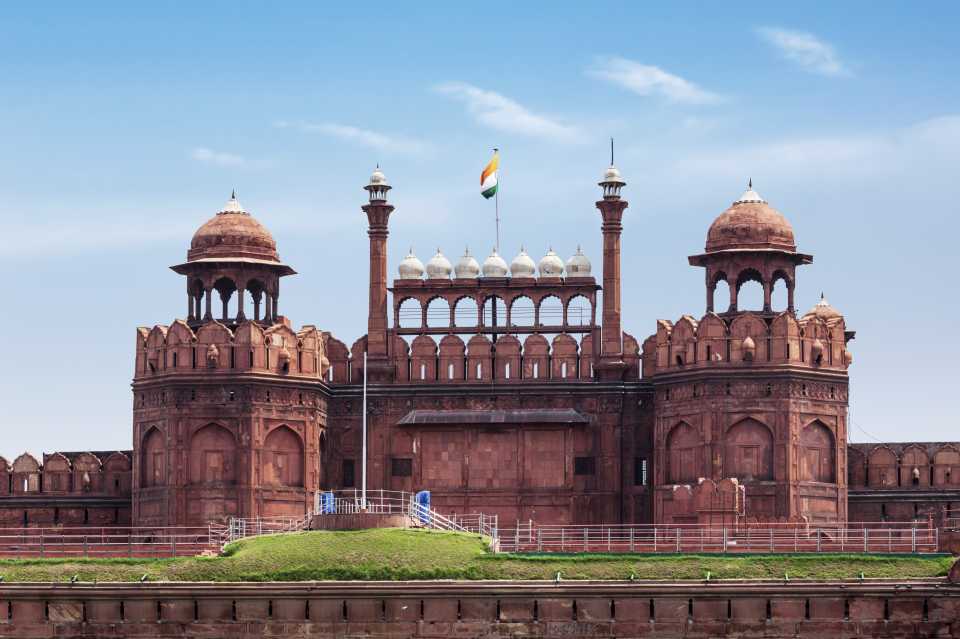 The Red Fort is considered one of the most important and famous tourist attractions in the city of Delhi, which was once a royal palace for the Mughal Emperor Ja Jahan, as it was one of the most important landmarks of the ancient capital, Delhi.
The palace is built of sandstone, as it was built between 1638 and 1648 AD, and because of its magnificent shape it entered the UNESCO list of World Heritage Sites.
You can visit the palace in the evening so you can enjoy the sound and light showcasing the sound of historical music that will transport you through time.

You must visit Dilli Haat Village to enjoy an unforgettable trip in India! 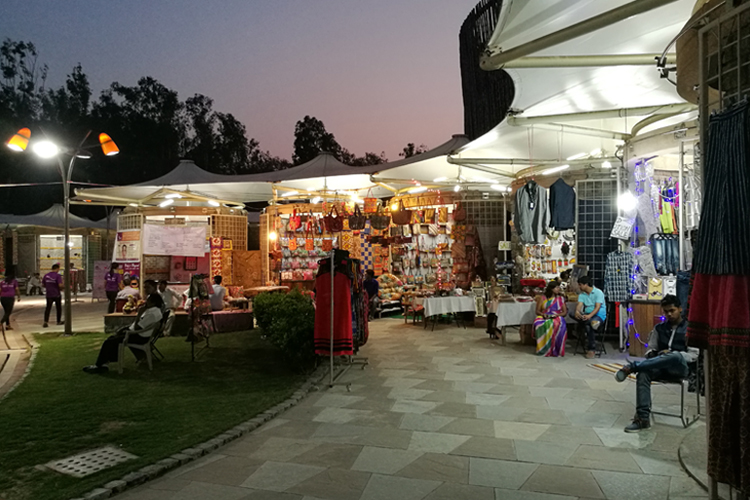 The Daily Hat Village is a large complex of shops, restaurants and popular markets.
And your journey to India will not be complete without visiting this village that contains everything from traditional clothes, food and paintings to jewelry, fabrics and handicrafts.

You can also enjoy eating in one of the open restaurants and enjoy watching the traditional areas.

Visit the Jamia Mosque to enjoy an unforgettable trip in India! 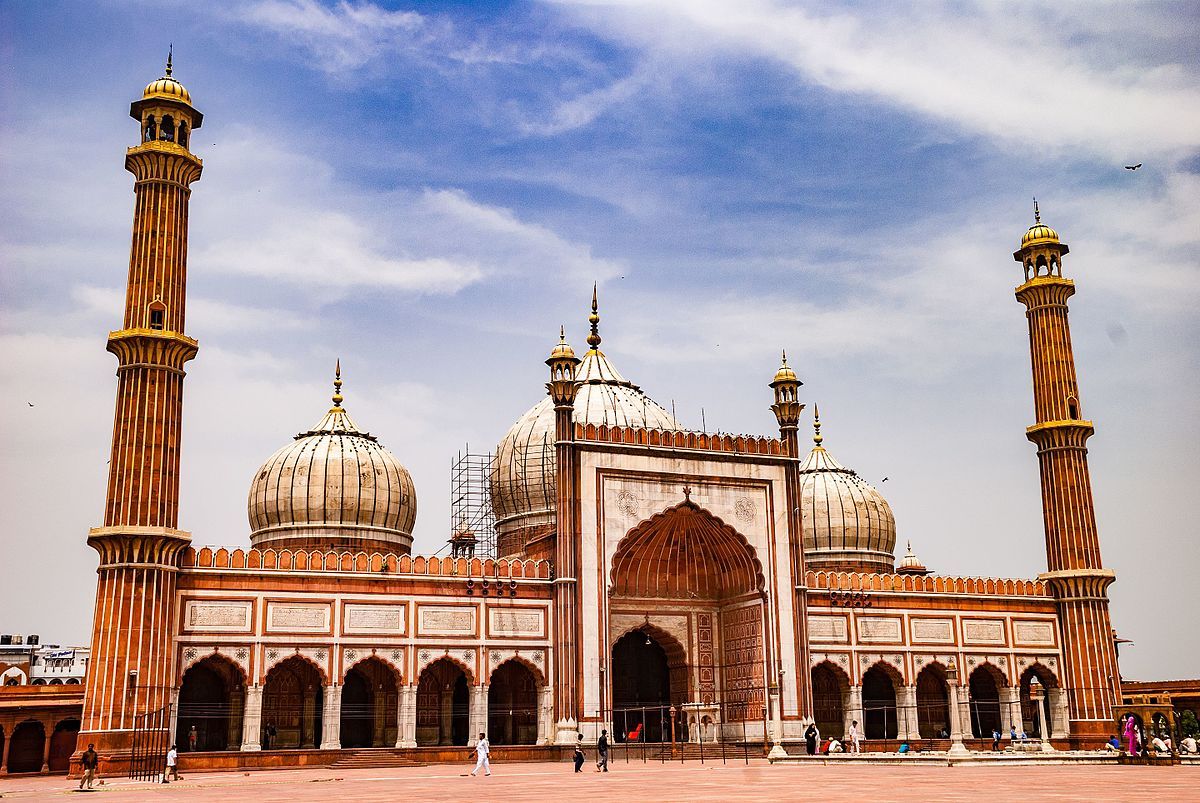 The mosque is one of the most beautiful tourist attractions in the city of Delhi, and it is also known as the "Jahan Nama Mosque", and it is considered the main mosque in old Delhi because it accommodates more than 25 thousand Muslims.
The mosque was built by Mughal Emperor Shah Jahan in 1658 in the heart of Old Delhi.
The mosque is composed of a spacious courtyard and a puddle of ablution. It is decorated with two lighthouses and three domes in the Mughal Islamic style.

And do not miss to visit Qutub Manar to enjoy an unforgettable trip in India! 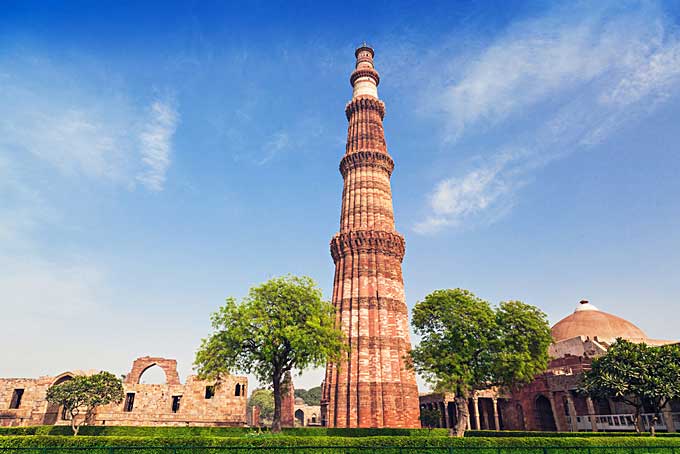 The Qutb Minar lighthouse is known as the longest in India, and the second largest lighthouse in the world after the Giralda Lighthouse in Seville, Spain. It has attracted great tourist fame recently, after UNESCO included it in its list of World Heritage Sites.
The lighthouse was built by Qutb Al-Din Aybak, which is the first ruler of the Turkish Mamluks who founded the Sultanate of Delhi, and contributed to the spread of Islam in it.
The lighthouse was built in 1193, and it is 72.5 meters high, and has a spiral staircase inside. It is built with red sandstone and is decorated in Islamic style with Quranic verses written in Arabic letters, as its construction was not a real goal except to perpetuate Islamic culture in India, while some considered it a minaret attached to the adjacent mosque.
After you finish visiting Al Manara, do not miss the adjacent “Power of Islam” mosque, which is the first mosque to be built in India. Also, visit the tomb of Sultan Elmtsch, who succeeded “Qutb ad-Din Aipik” in the rule of the Sultanate of Delhi.
You can also wander a little near the shrine to see a 7-meter-long iron column, which is more than 1,600 years old, where Raja Kupta was installed by a Hindu priest, and this column was able to withstand the humid Indian climate to this day without falling from its location.

You should also visit a henna salon to enjoy an unforgettable trip in India! 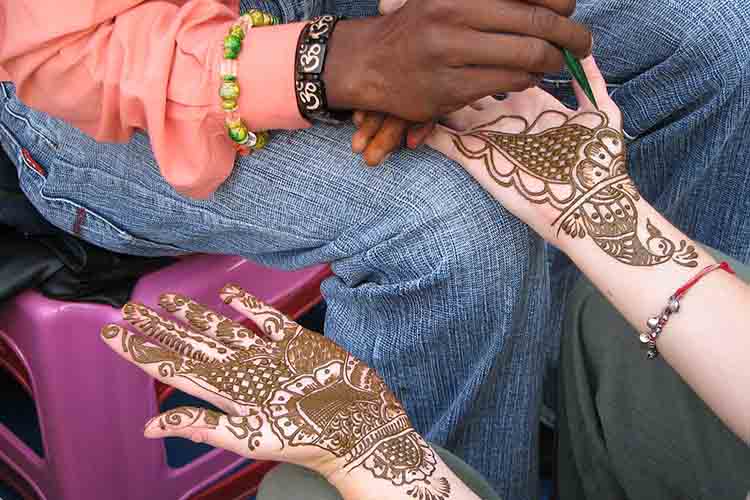 You will not feel like you have had the full Indian experience without visiting the henna drawing salons in the Indian way.
Even if you do not like henna painting, you can watch closely the creativity of Indian henna artists and how they engrave fine details on the palms of the hands and feet of their customers, and you may feel in the end that you want to try the matter and adopt a small pattern on one of your hands.
Try visiting the famous henna salon near Hanuman Temple, or visit another salon in Nagar Homework Market.

And don't forget to visit the Indian portal to enjoy an unforgettable trip in India! 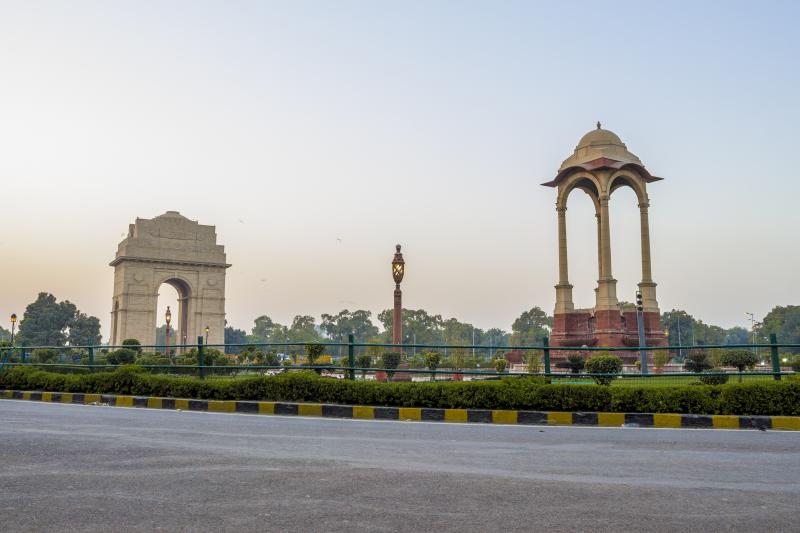 India Gate is the most important landmark of the city of Delhi, as it was built in New Delhi to commemorate the soldiers who died in the First World War, as well as the three wars that British forces launched on Afghans at the end of the nineteenth century and the beginning of the twentieth century, and forced Indian soldiers to participate in it, where it was India is under British occupation at the time.
The memorial is constructed at a height of 42 meters in the form of an arc surrounded by green meadows on each side. You can also sit on green grass and eat your food enjoying the wonderful weather and view.

You should also visit Humayun Shrine to enjoy an unforgettable trip in India! 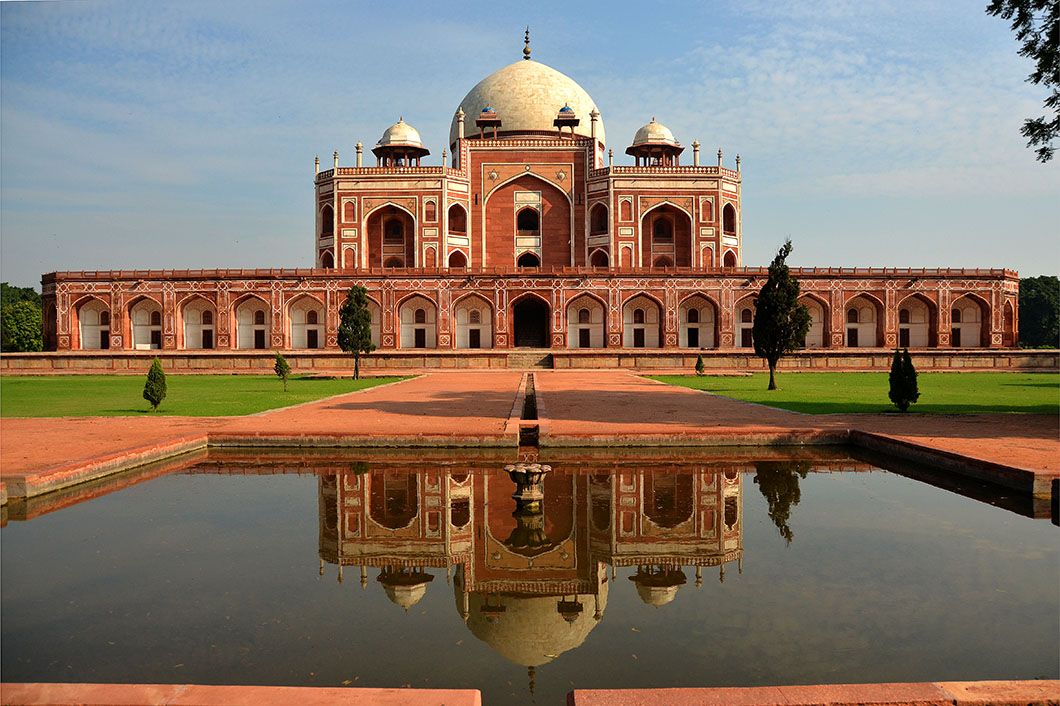 If you have seen the Taj Mahal in Agra during your previous visit to India and you do not want to visit it again, or if your visit to India is short and you will not be able to see it, you should instead go to the Humayun Shrine which dates back to 1565 in the Persian style, where Many believed his design was inspiring to build the Taj Mahal mausoleum.
The shrine was built in Nizamuddin near the old fort in Delhi to commemorate the Mughal Emperor Nasiruddin Humayun, and it recently entered the UNESCO World Heritage List due to its exquisite design.
The shrine is one of the most important examples that highlight the splendor of Asian Islamic architecture in the twelfth century AD.
The shrine is built of a two-storey building, 16 meters high, with multiple rooms and side roads, and decorated with many Islamic inscriptions, surrounded by beautiful gardens on an area of ​​up to 30 acres, which is the first built gardens in East Asia.