Whoever wants to spend a romantic summer vacation is looking for tranquility and picturesque beaches, especially on the honeymoon, and today we show you an ideal destination for this purpose.

Mykonos Island is one of the most beautiful and romantic destinations in Greece, which is part of the Greek archipelago of Cyclades.

Mykonos is characterized by an authentic Greek character represented in the houses overlooking the sea, with its distinctive white color and its blue domes, which evoke a gracious comfort in the soul.

Throughout the year thousands visit this small Greek island in search of rest and relaxation in the arms of one of the most beautiful parts of the Mediterranean.

Warm atmosphere and rich in its history as most coasts of the Mediterranean, but Mykonos is characterized by that romantic spirit that is scattered in its fresh air and attractive natural scenery.

This intimate island also has the advantage of hosting the elite. On its shores, the most luxurious and elegant yachts are anchored to their owners looking for moments of dreaming relaxation.

When we mention the stone houses, windmills, beach houses, fishing boats and the bluish Mediterranean, we are in Mykonos.

Despite the small size of this island, your tour will be enjoyable, as you can explore the following attractions:

Lovers of ancient civilizations and the ambiance of the history of the Mediterranean will find refuge in the port of Mykonos, which witnessed many historical events.

Through this port, the Phoenicians were the first to inhabit this island, then the Ionians who discovered it came from Athens, as the Persians settled it during the period of the Spartan wars.

This port also witnessed the occupation of Mykonos from the Romans, Byzantines, Venetians, Catalans, and Ottomans, all through its historical port.

One of the most important architectural symbols of Mykonos Island and distinguishing it as an island belonging to the ancient world and refusing to submit to contemporary, where windmills were an essential part of any civilization in the Mediterranean.

It consists of 7 cereal mills, built in the eleventh century, and considered to be the most popular tourist attraction in Mykonos.

This part of Mykonos is characterized by houses located directly on the sea surface, which is why it was called Venice Minor. These ancient houses were hotels for merchants coming from the port of Mykonos for commercial exchange.

The most important architectural monuments in Mykonos, and its construction began in 1470 in the form of 5 churches and that in the medieval era, therefore the style of this period seemed clear in the building, albeit influenced by Greek architecture.

It is located near the port of the old town, and it is remarkable that its construction with its annexes took 300 years, as the construction was completed only in the seventeenth century.

Do not miss to visit this museum, which includes the most important artifacts and relics that narrate the history of Mykonos and civilizations that prevailed in the region. With the museum’s holdings of utensils, statues and gems you will get to know first hand the richness of the civilizations of the Mediterranean.

6- Monastery of Paleokastro or the old castle:

This monastery was built in the eighteenth century on the ruins of a Byzantine castle dating back to the medieval era, so it is a historical monument besides being a religious monument.

You can explore the architecture of the building from the inside and get a closer look at the nature of the Byzantine style, with its huge stones reflecting the warmth of the Mediterranean.

It is a small island near Mykonos and it is affiliated to it, and can be reached by boat in minutes from Mykonos.

This island was of historical importance because it witnessed the classical and Renaissance times, but today it is uninhabited and is considered an open museum that can be visited to learn about the heritage of the region, and this island is a Greek national museum as it was annexed to the World Heritage sites by UNESCO. 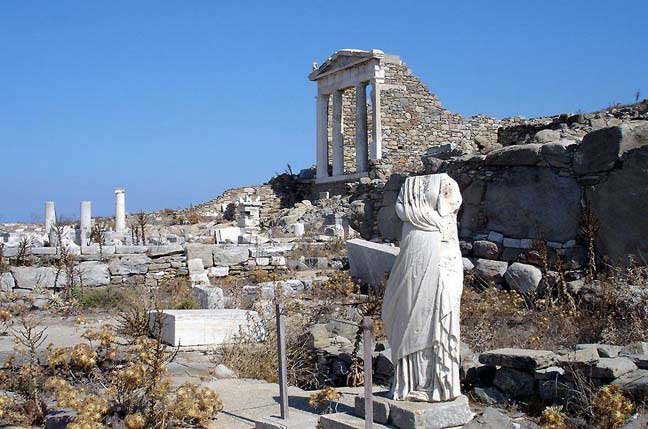 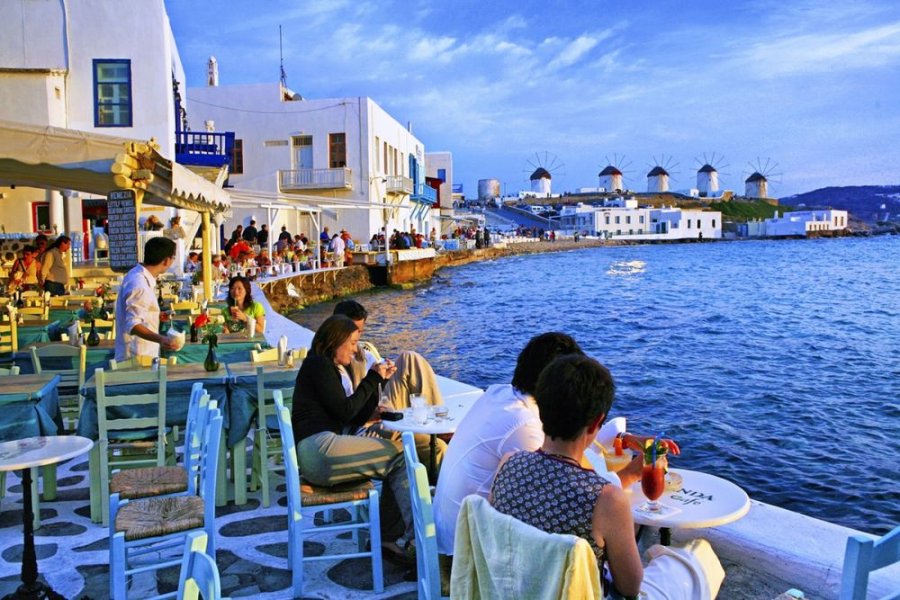 The beauty of the coast in Mykonos 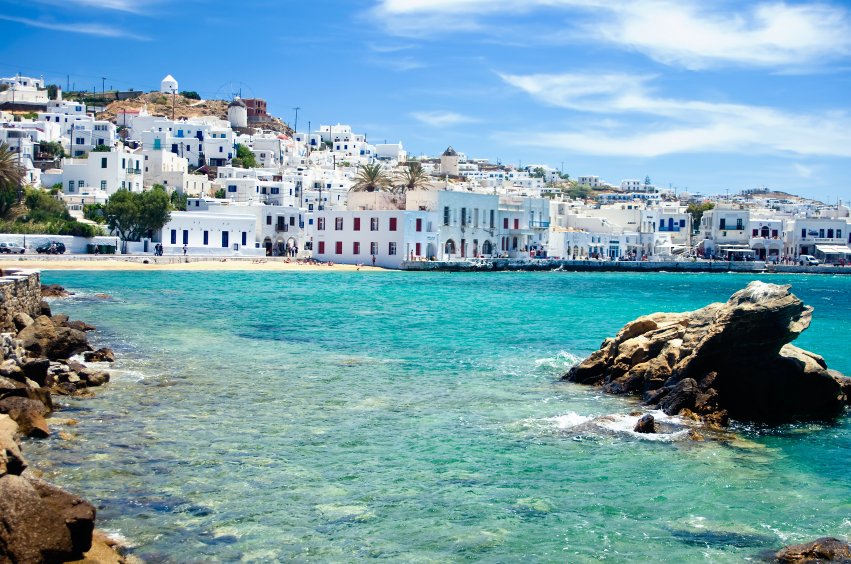 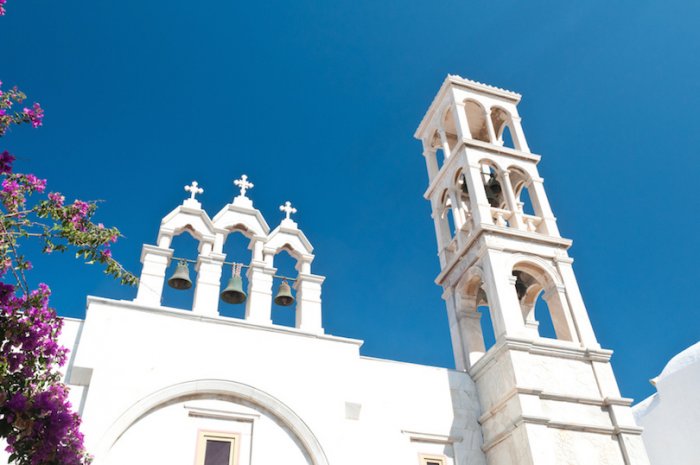 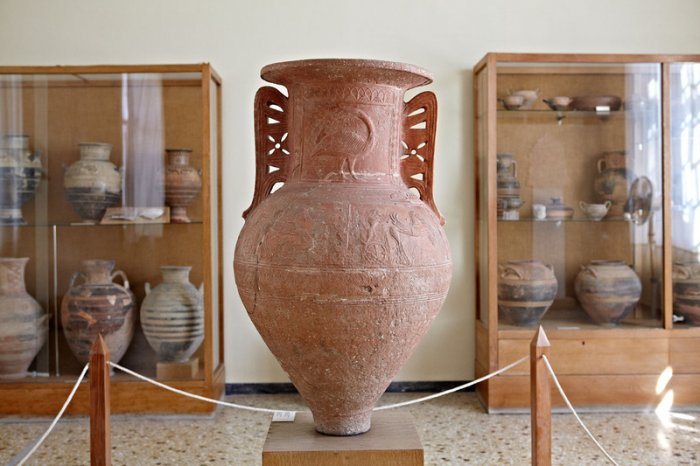 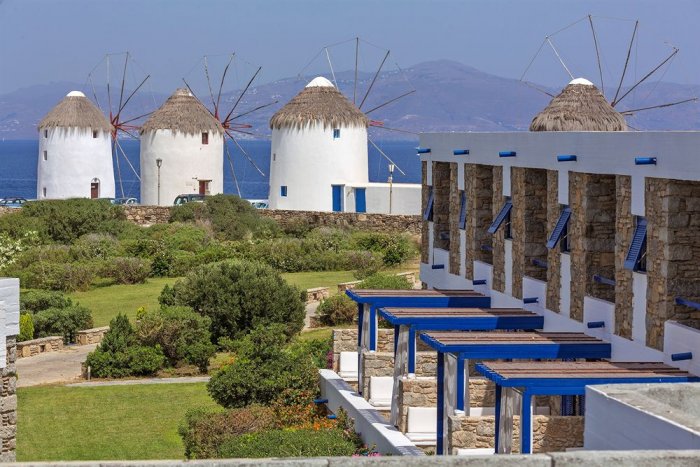 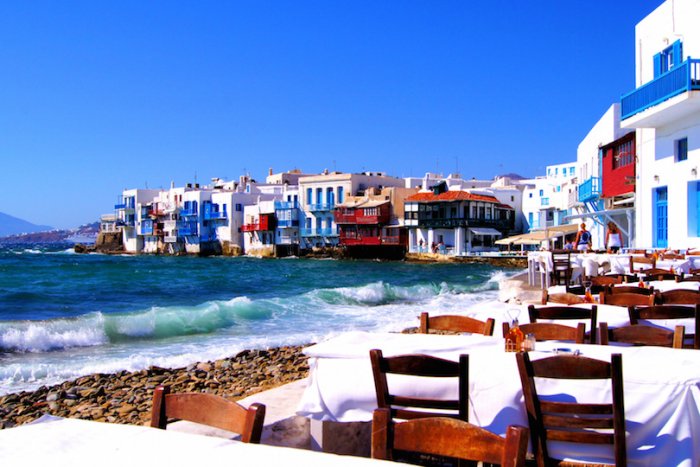 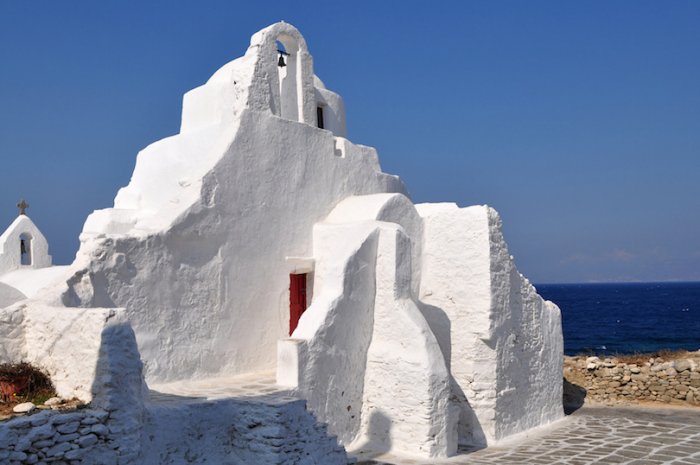 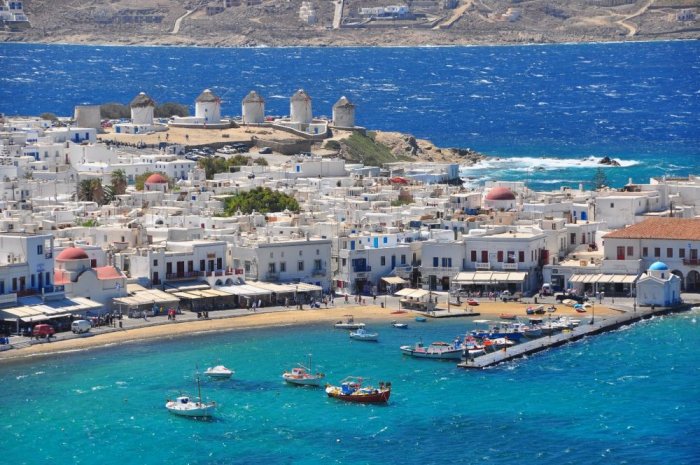