Do not miss seeing the horizontal skyscraper in China 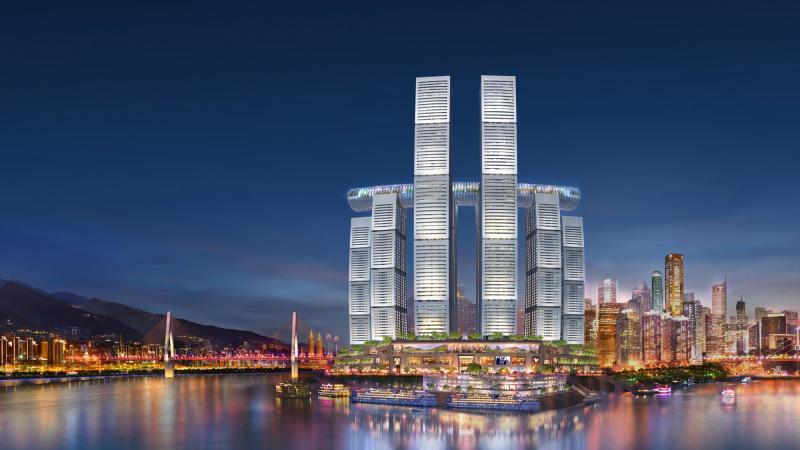 The “Raffles City Chongqing” project covers an area of ​​1.12 million square meters, and it consists of 8 towers and a bridge called “Crystal” and a length of 250 meters that connects the project towers. 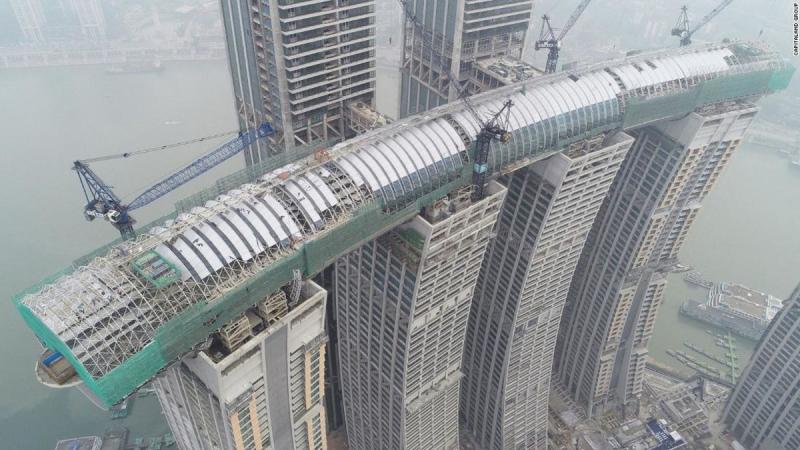 Moshe Safdi is inspired by the design of the giant project from traditional Chinese sailing ships, and this is why “Raffles City Chongqing” is a reference to the past of Chongqing as a trade center, as this project is located in this southwestern city of China, facing the Yangtze and Jialing rivers. 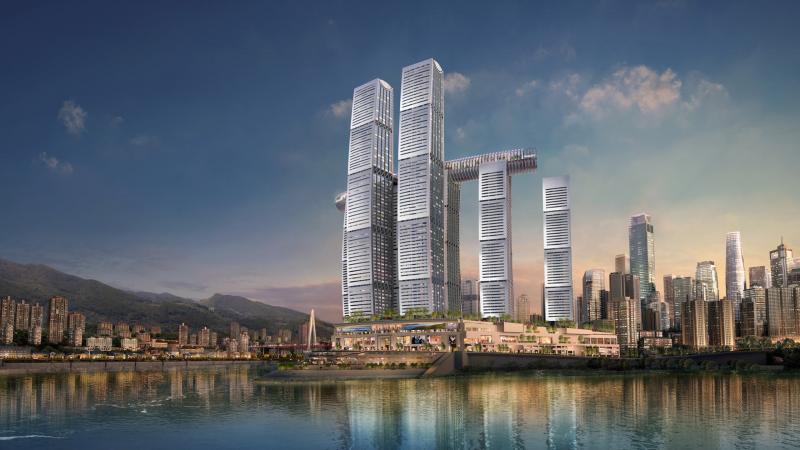 The top bridge “Crystal” will lead to a spectacular view of the project during the night hours, as the top bridge will also turn into a giant light beam at night, to illuminate the sky during exciting light shows.

The giant Chinese project will be provided with a platform upon opening in order to see the views, the hanging gardens, the infinity pool, in addition to seeing many restaurants. 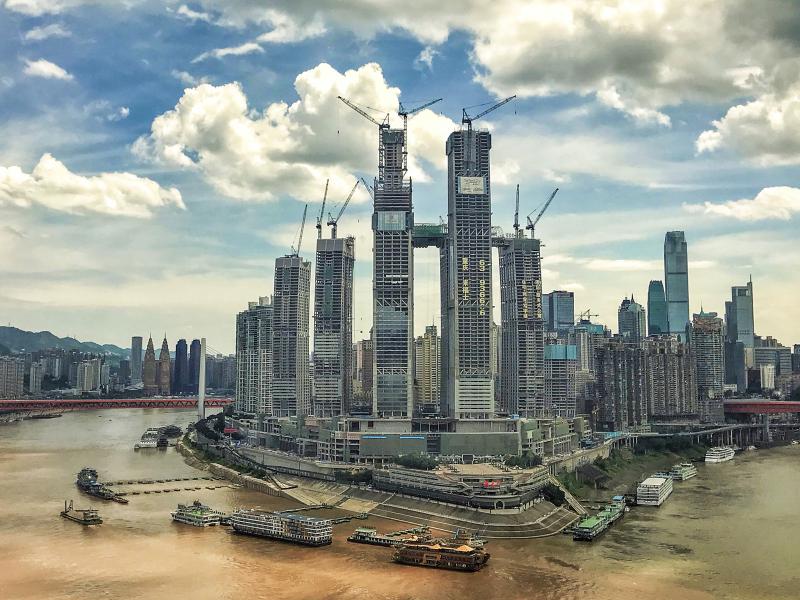 The Chinese architectural marvel will include a commercial center with an area of ​​230 thousand square meters, and will also contain one thousand and 400 apartments, in addition to a luxury hotel, in addition to luxurious office space of 160 thousand square meters.
It is expected that the “Raffles City Chongqing” will open this world, especially since the construction of the 8th and final skyscraper of this giant structure has been completed.